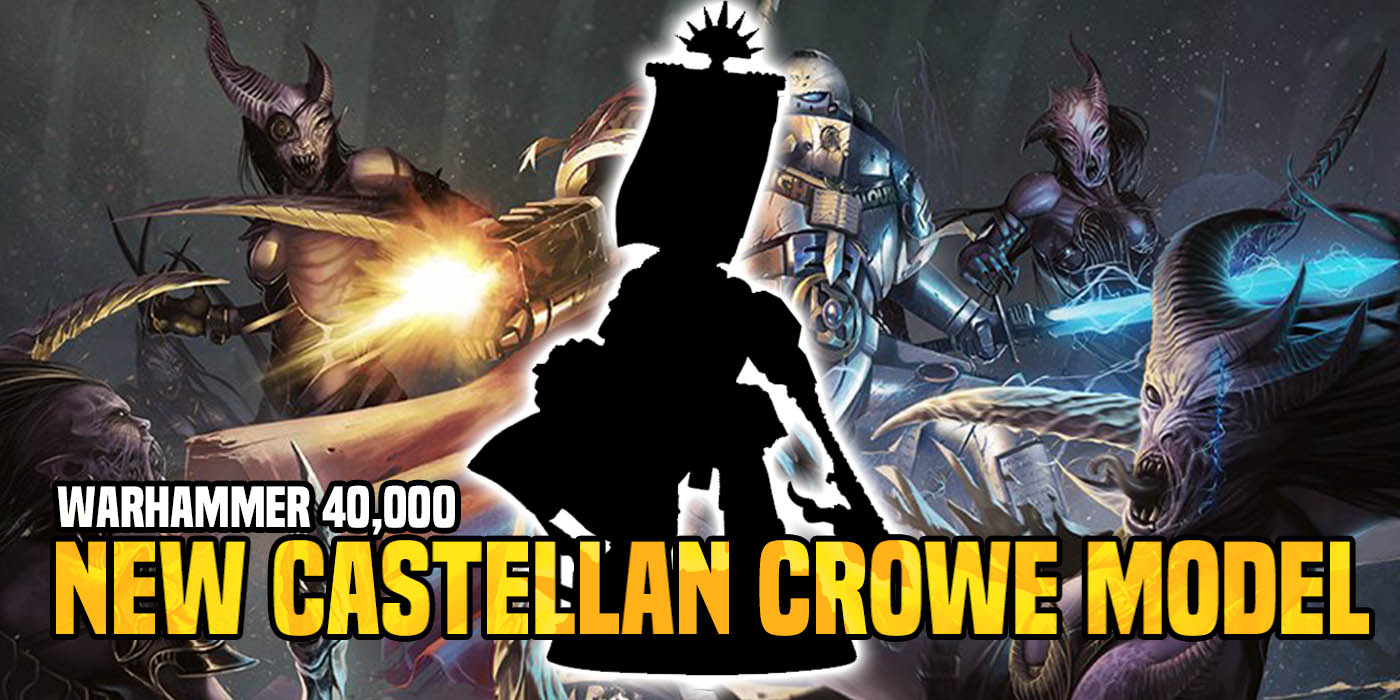 The noble Castellan Crowe is getting a new model and his Haunted Sword is looking even more impressive!

The Grey Knights are on deck to get a new codex…eventually. And Games Workshop is teasing out some more goodies coming their way. In particular, it’s a new Castellan Crowe model. 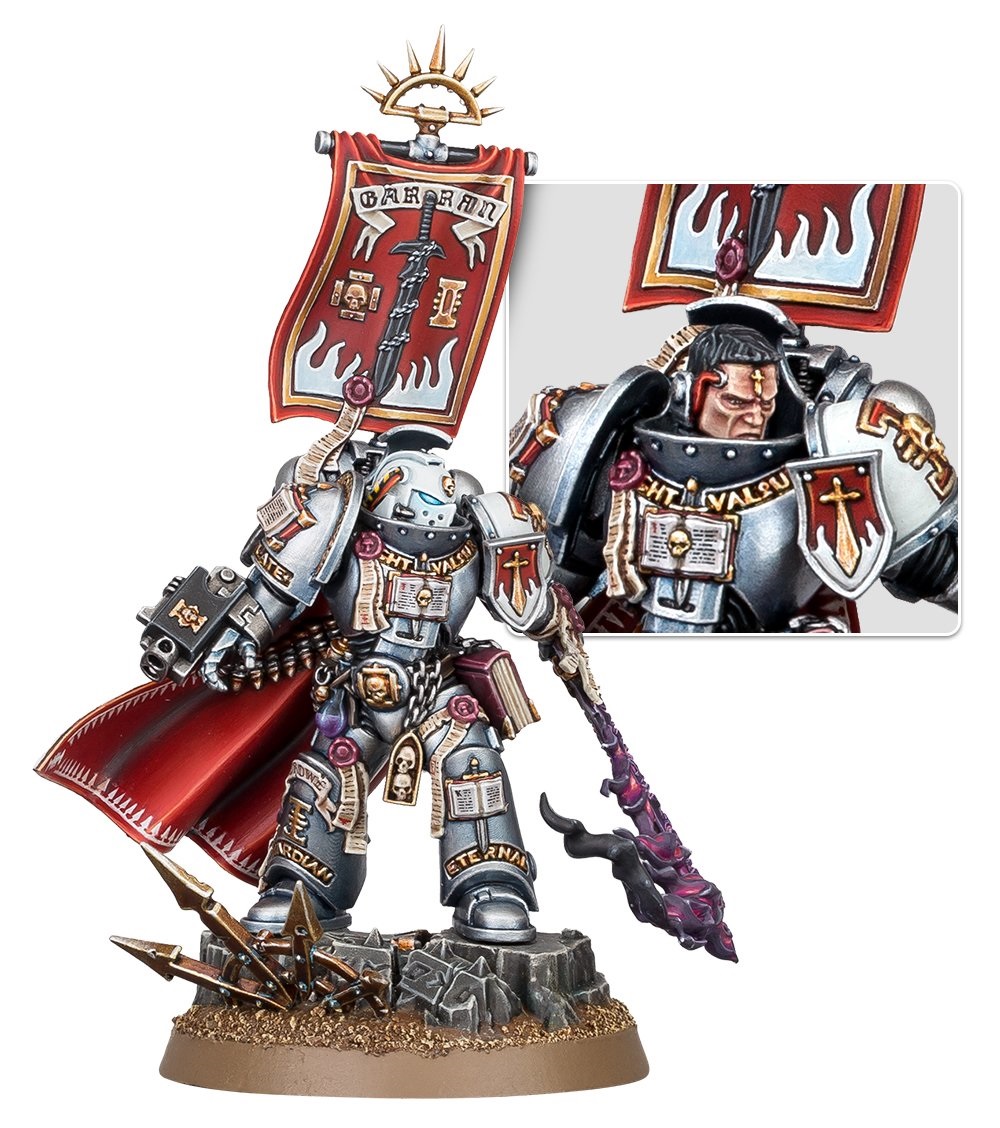 “Crowe leads the Purifier order of the Grey Knights, a group of Space Marines incredibly resistant to the temptations of the Dark Gods. In fact, as the head of the Purifiers, Crowe is thought to be all but immune to the corruption of Chaos. A character with such a resilient soul deserves an amazing new model.”

It’s going to be a big improvement. In case you were wondering how much of a change, GW made this handy graphic, too: 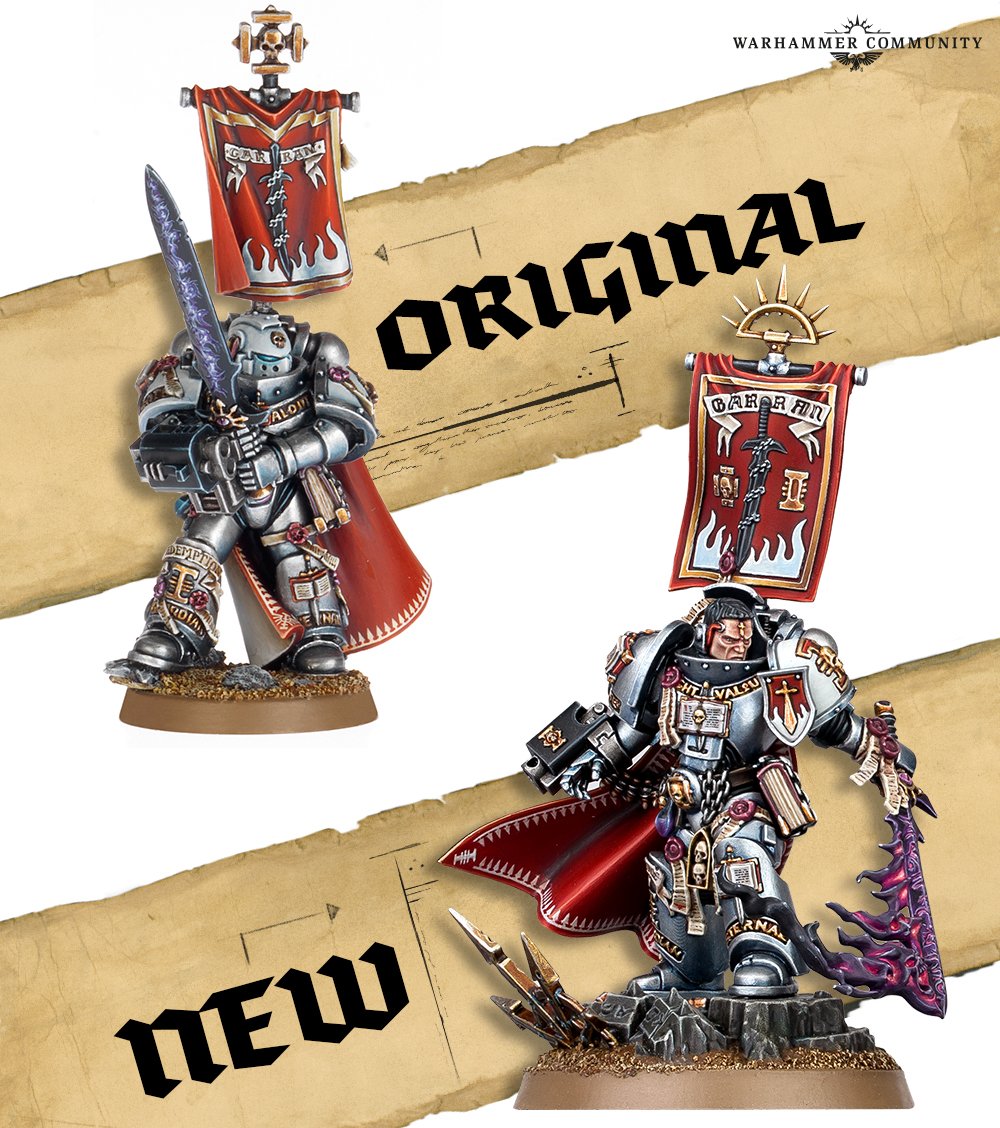 Size-wise, Crowe is also looking to stand head-and-shoulders above the rest of the purifiers in a Grey Knight army. Here’s a shot of him with some battle-brothers: 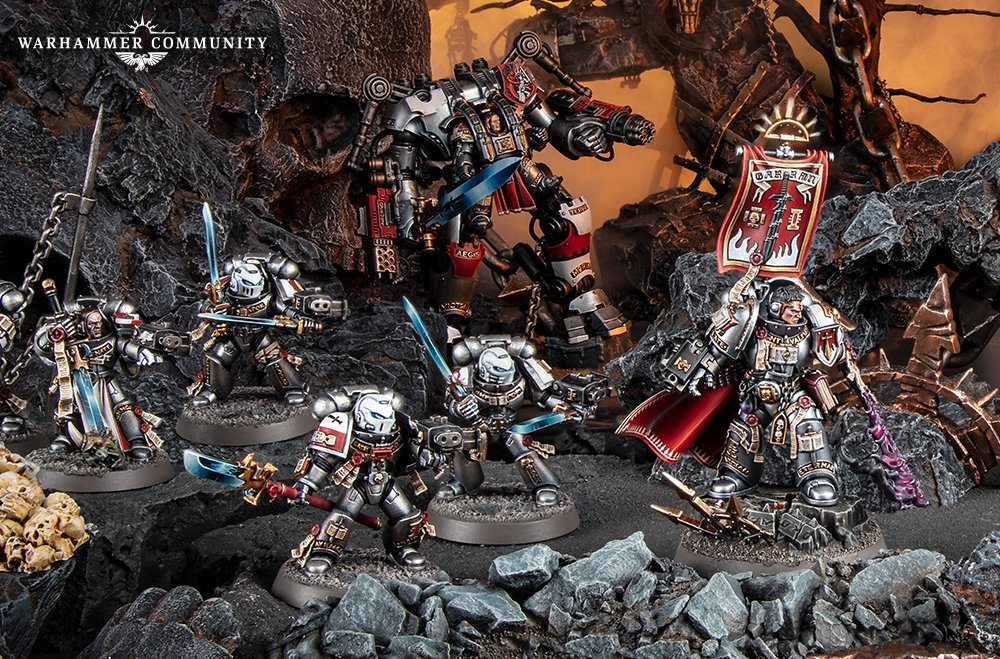 It looks like the Purifiers are on 32mm bases and Crowe’s base is looking larger than that. Between the rock platform he’s on plus, his super tall banner, and his more “open” pose, Castellan Crowe looks like he’s twice as tall now. And how about that sword…

“As you can see, Crowe still wields the Black Blade of Antwyr. It whispers, cajoles, and screams, promising undreamt power in a voice only he can hear, and it doesn’t have a mute button. It is a curse only Crowe can endure, but the risks are worth it – the sword is deadlier than ever.”

Curious…does that mean Crowe has tapped into the power of the sword? That would be quite the change from the existing lore. In any case, it’s a stunning model and I can’t wait to check it out on the tabletop!

A new codex is on the way and now a new updated Castellan Crowe, too. What else is on the way from Games Workshop for the Grey Knights? We’ll have to wait to find out!

What other Grey Knight Characters are you hoping will get the same “glow-up” treatment?