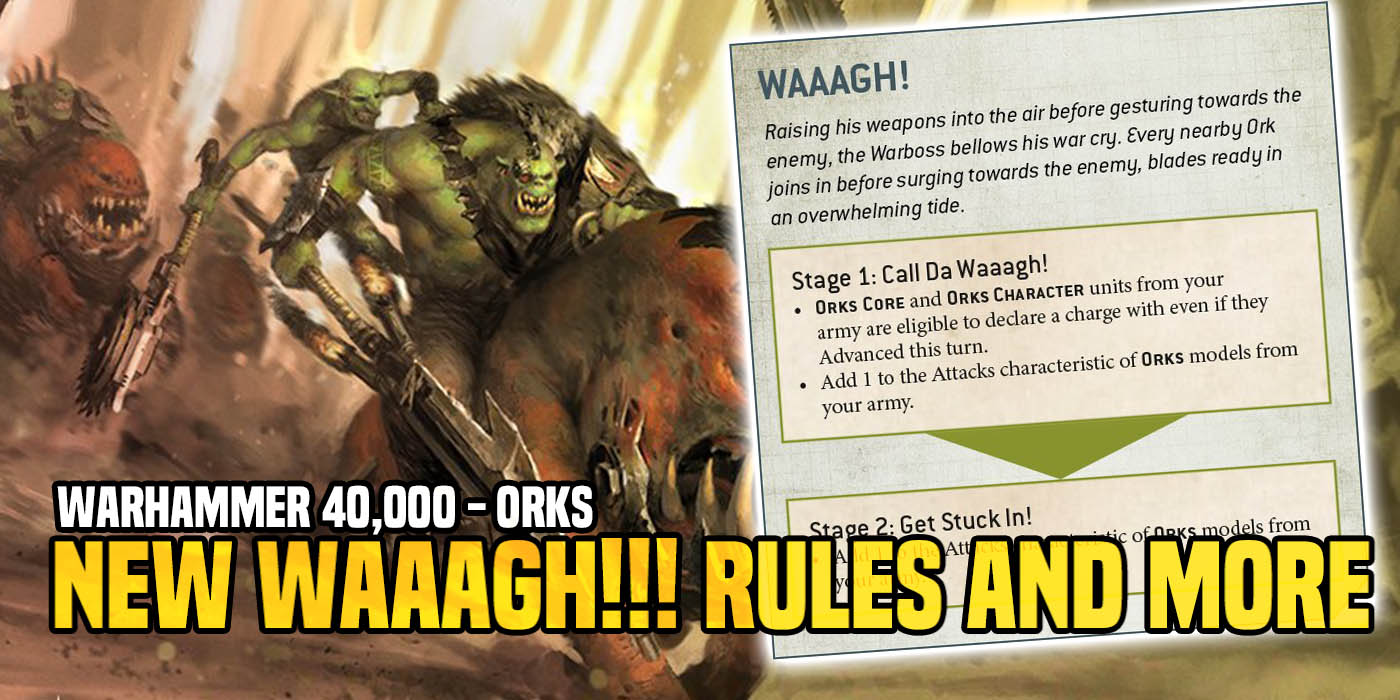 It’s weapons, wild rides and WAAAGH!!!s in a batch of previews from Games Workshop!

The Orks are coming with a bunch of new kits and a new codex and that of course means a new batch of rules to match. Today, we’re getting a look at a few of those new rules heading to a tabletop near you. It’s time to get a little Orky around here! 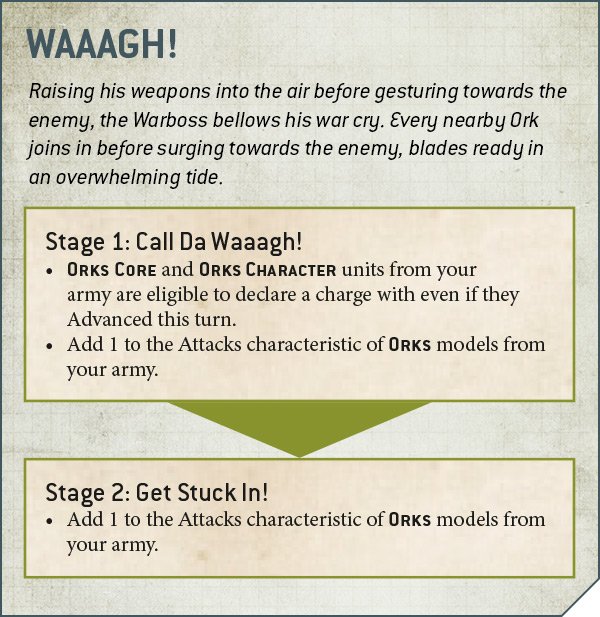 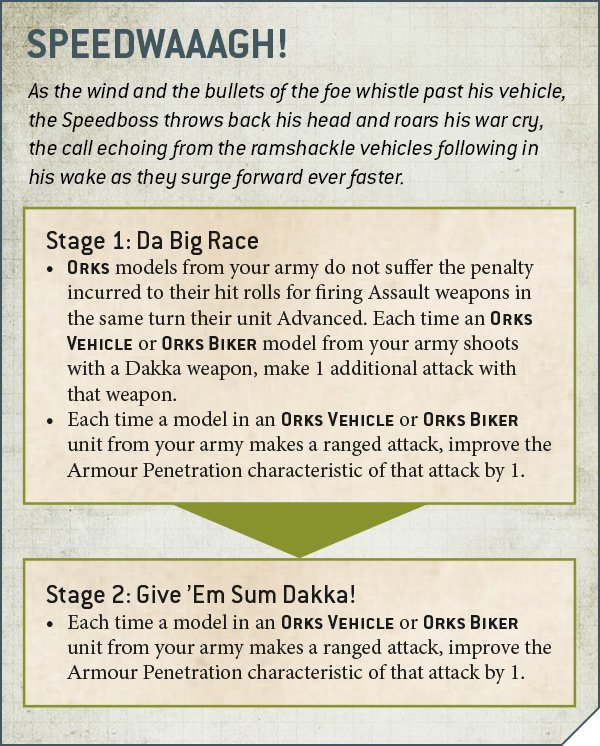 There is one more type of Waaagh! that can be called but only by the Great Beast Himself – Ghazghkull Thraka.

“A Great Waaagh! can also only be called once per battle, but it combines the effects of both a Waaagh! AND and Speedwaaagh!, making your army faster, stronger, and shootier all at the same time. If you didn’t think the deadliest Ork of all could become deadlier still in the new codex, the Great Waaagh!”

Games Workshop also showed off a pair of new weapons. We’ve got the new Power Snappa and Da Thump Gun: 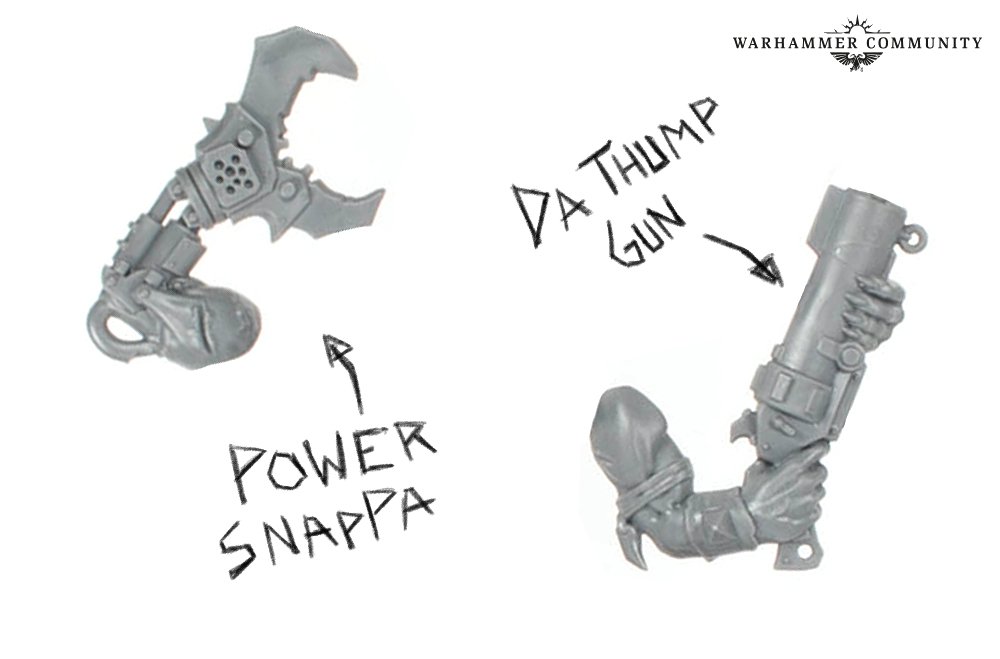 The Power Snappa should be a welcome addition to the Orky arsenal – like a power klaw but without some of the setbacks. And the Thump gun is sort of a mix between a frag and krak grenade. The Imperium should be jealous of that one.

And finally we got a glimpse of the Ork Squighob Boyz new statline. Get ready for some tough-as-nails Squigs to deal with: 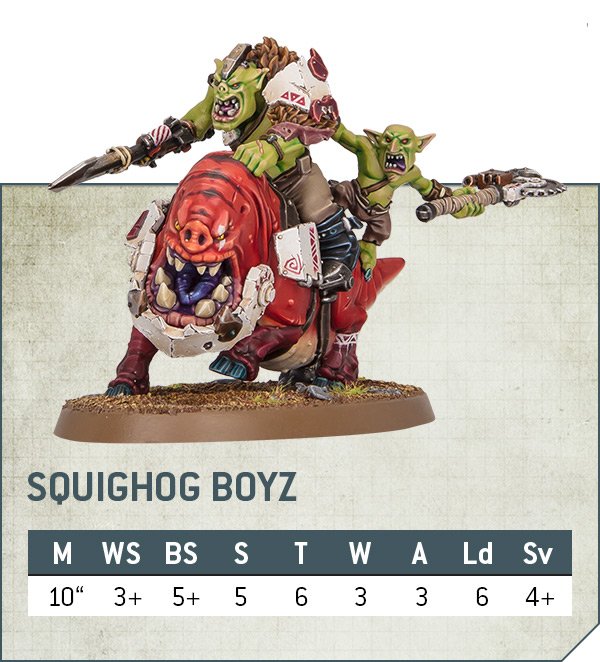 That’s a pretty solid statline with a good speed, a solid toughness, three wounds and three attacks. When these Orks smash into the enemy lines they are going to do a number on them! 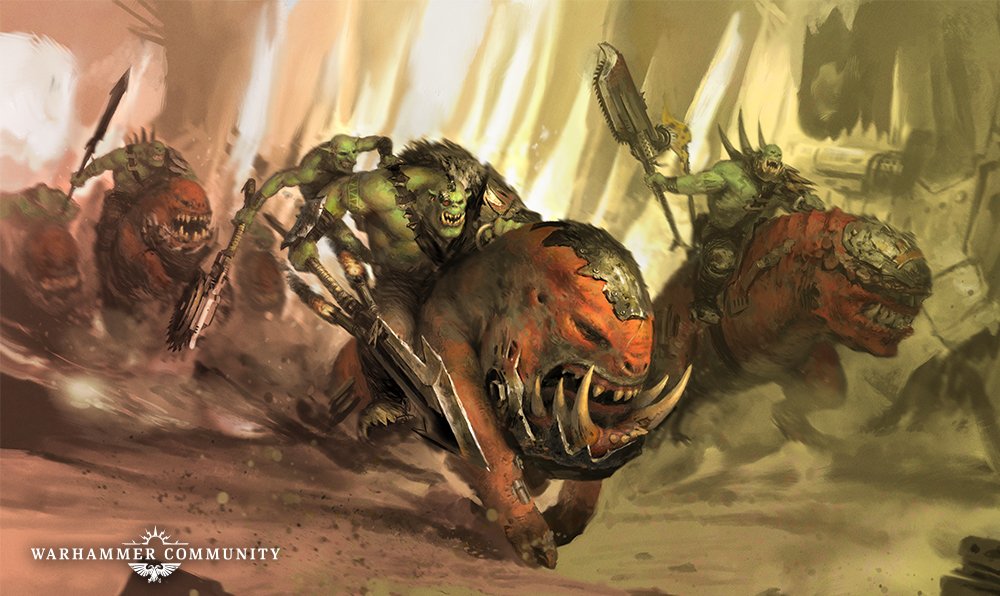 The new Orks are coming very soon – your first crack at them will be with the new Ork Army Box which is going up for pre-order this weekend! 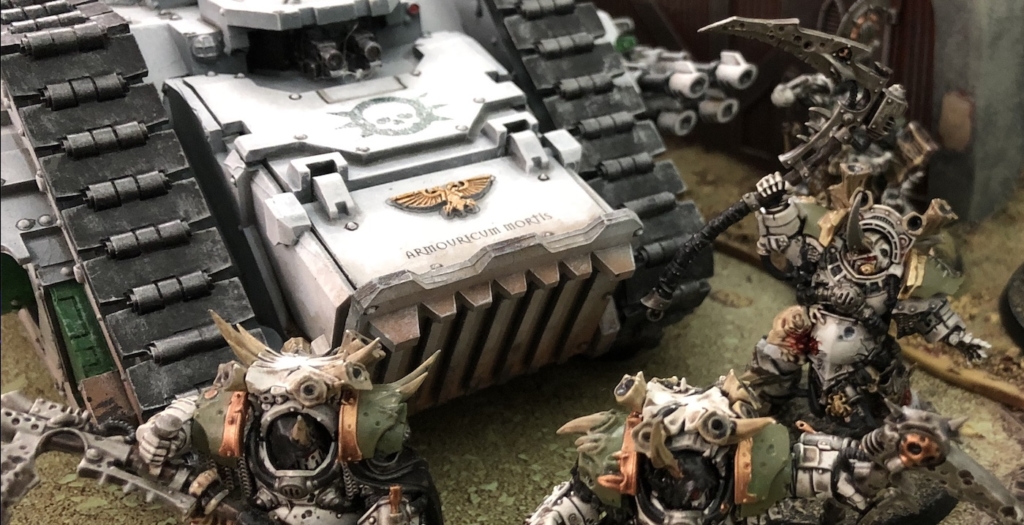