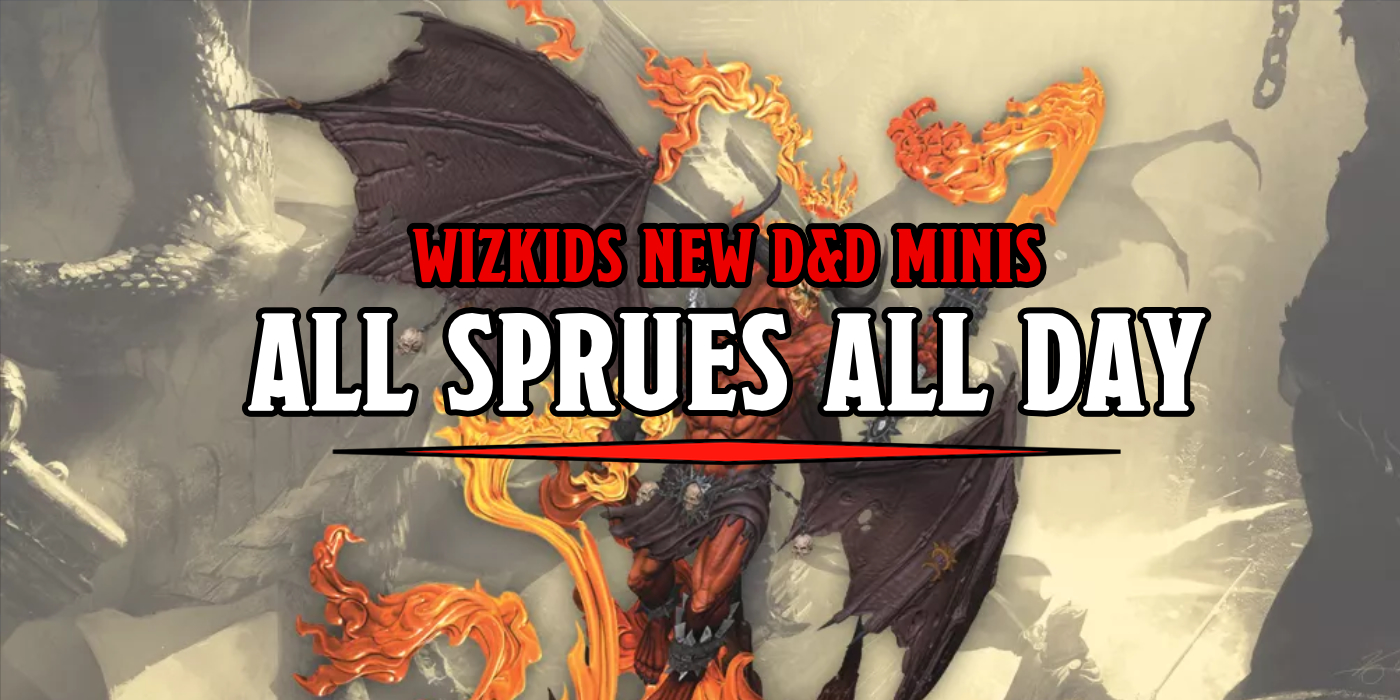 WizKids has announced ‘Frameworks’ a new line of customizable, sprue-based miniatures for Dungeons & Dragons and other roleplaying games.

WizKids is stepping up their game with their brand new Frameworks miniatures line. This new line steps away from prepainted, finished miniatures that are ready to go out of the box and opens up a whole world of customization. How do they do it? By diving into everyone’s favorite use of plastic: sprue-based miniatures. 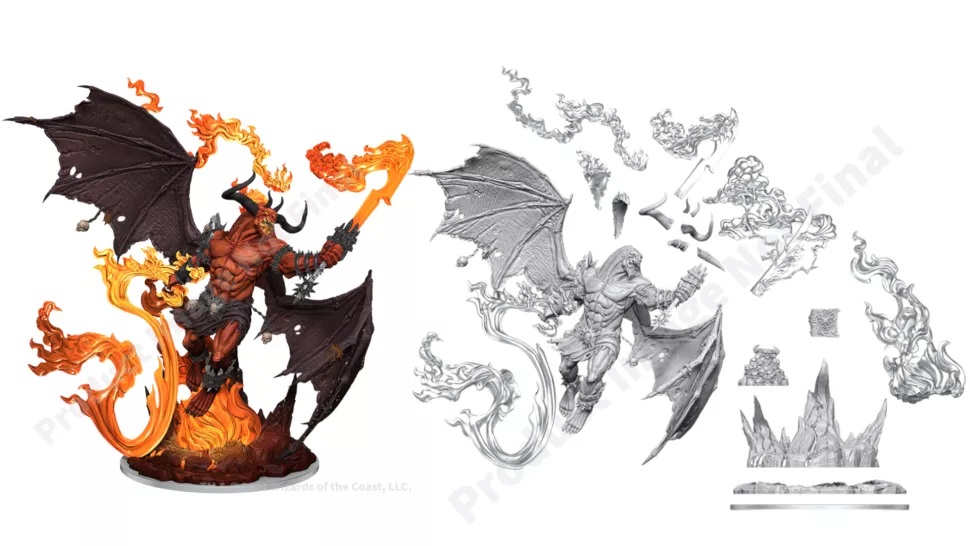 Frameworks will introduce multi-model boxes, which are sure to be familiar to any veteran GW fan. These kits will include a number of base models with options for different heads, arms, and equipment. You’ll get a variety of poses in each, as JD Wiker of WizKids explained to Gamesrader in a recent interview:

These sprues will feature minis with a variety of head, weapon, and accessory options that can be mixed and matched to your heart’s content. Keen to give your dwarf a mug of ale rather than a shield? No problem. Want to add a creepy would-totally-murder-you-in-your-sleep gingerbread man from the Night Hag set? Go ahead, you brilliant weirdo. 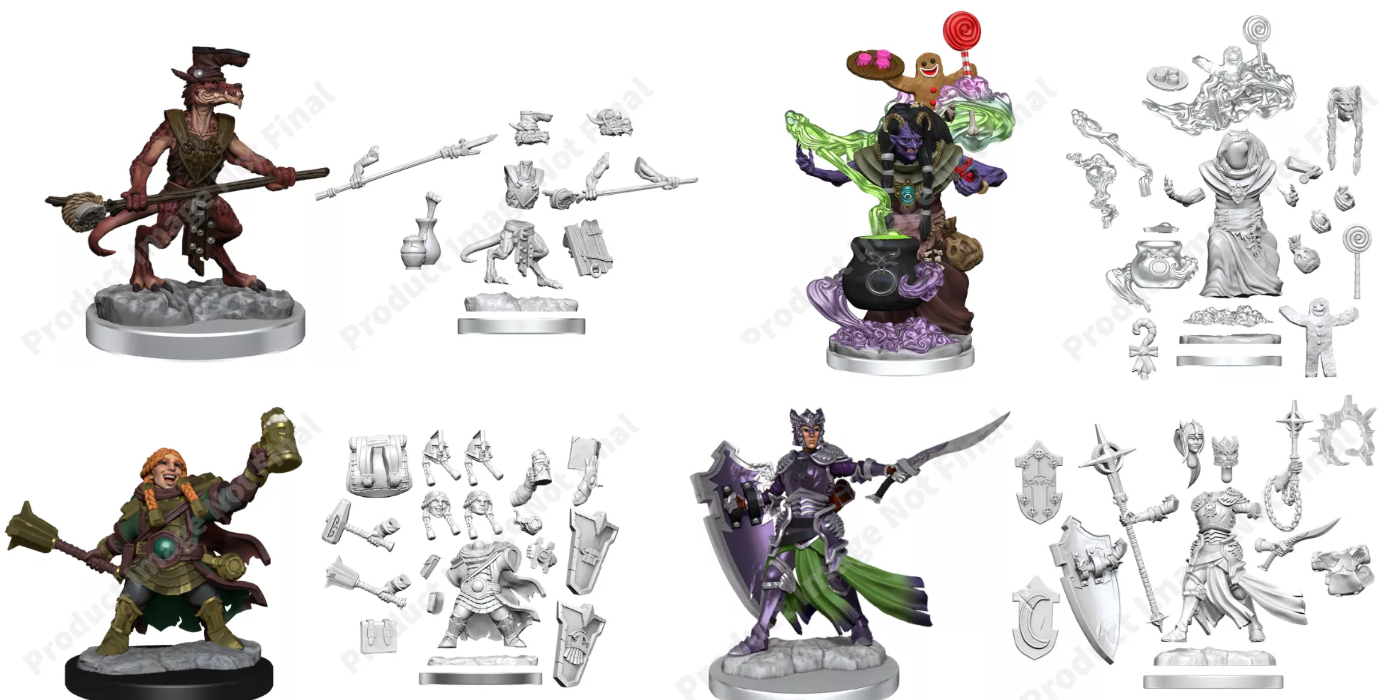 The first wave of new releases includes classic D&D characters and monsters: clerics, beholders, and halfling bards, who have a variety of options for poses, from playing an instrument to standing ready to fight. This new move to customizable minis allows for more character to come through in the models. Frameworks’ kobolds have at least one boot for a hat type model. 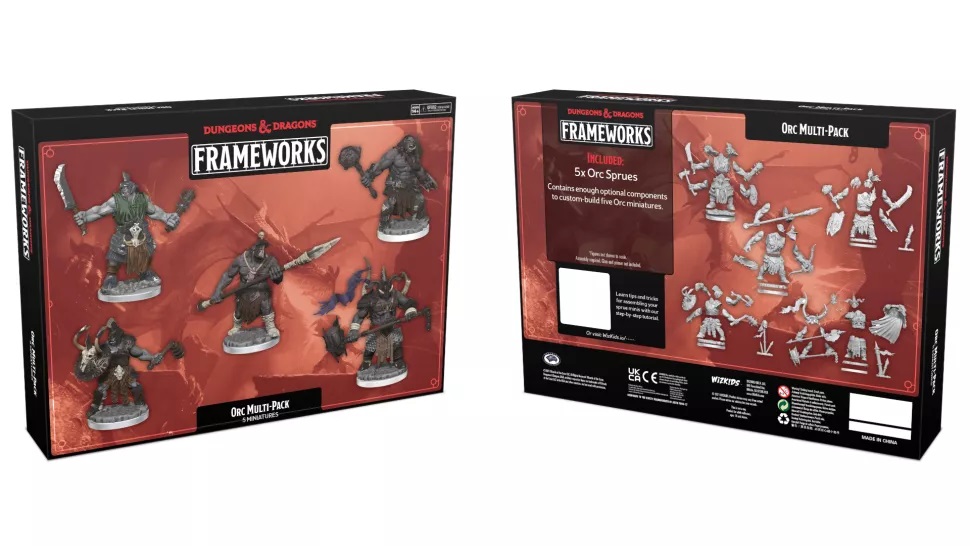 But just as intriguing are the multi-model kits, which offer the closest experience to a GW box. You’ll get whole packs of minis so you can, for instance, customize the orc warband in that encounter you’ve got planned. WizKids even has plans for releasing subtle ways of identifying monsters without taking you out of the game:

Frameworks will include sets of arrows, mushrooms, and similar detritus in bundles of one, two, three, or more. This offers a clever way of numbering each miniature without resorting to a system that breaks immersion. 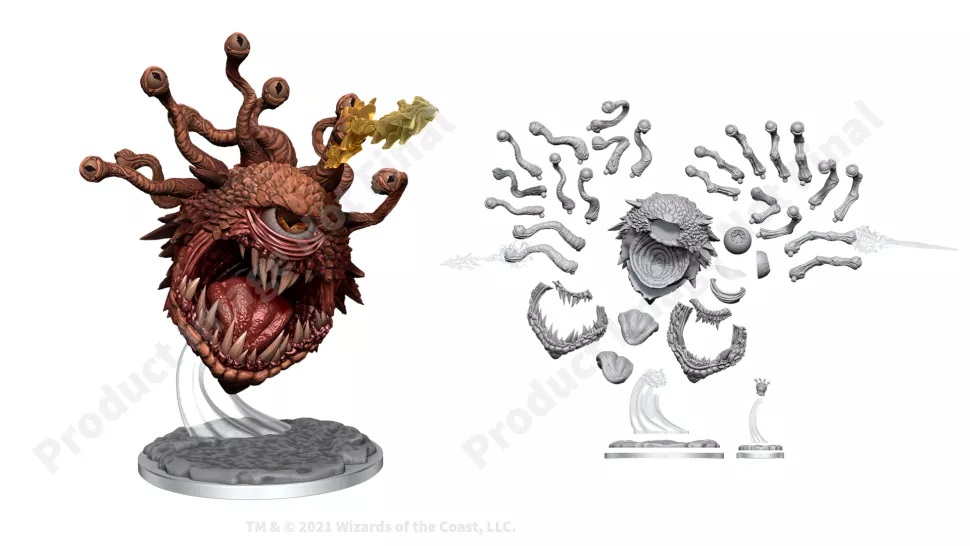 And alongside the new miniatures, WizKids is also releasing a new paint line in conjunction with Vallejo: Primsatic Paints which are aimed at beginners who are just testing the miniature-painting waters. All of these are due for release later this year, so keep your eye out and dust off those sprue-loppers.