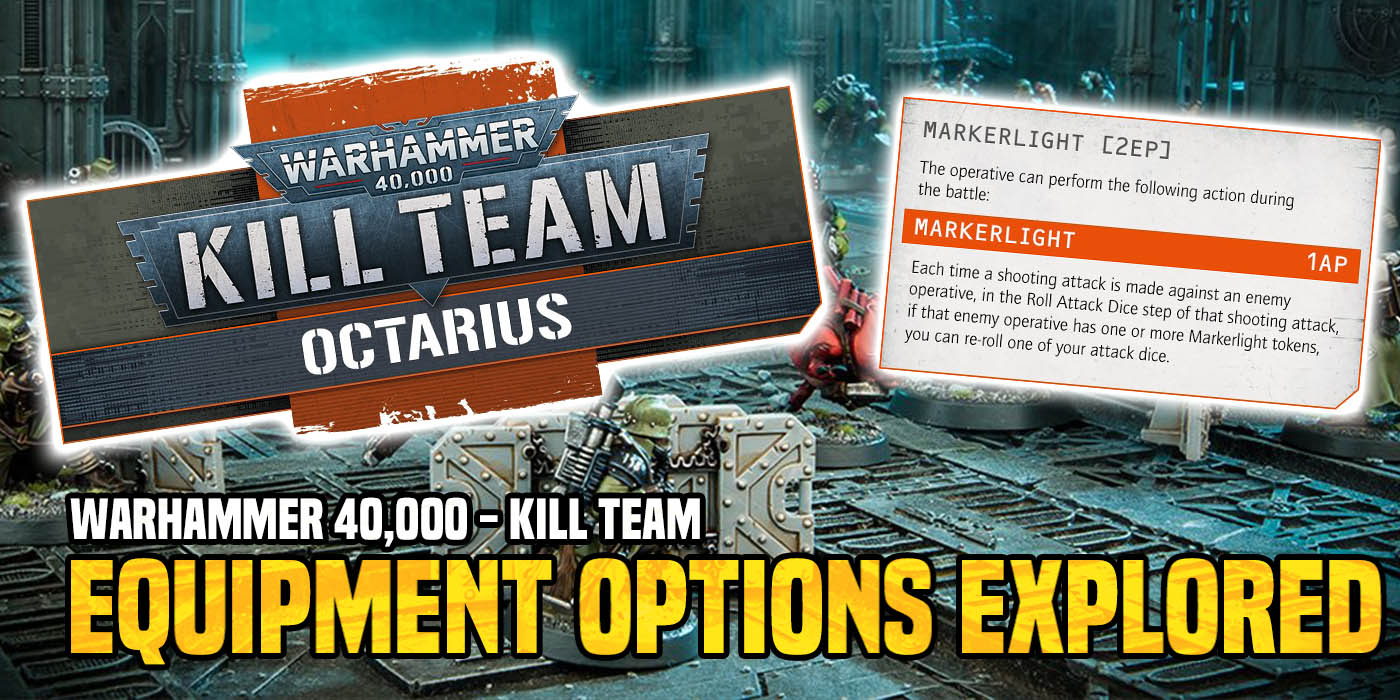 The new edition of Kill Team offers some excellent upgrade options before your games so you can choose the right loadout for the mission ahead.

When you’re assembling your team of elite troops to go on a Kill Team mission you’ve got to stay flexible for the mission at hand. Luckily, you’ll have lots of options from your roster to choose from – but even that might not be enough. Thankfully, Games Workshop has built in another layer of options that players will get to use to further customize their Kill Team for the mission at hand. It’s up to the player to pick the right tool for the job.

“In both matched and narrative play, you have the opportunity to equip individual operatives with extra pieces of gear during setup, although the way you do so in each format is a little bit different.“ 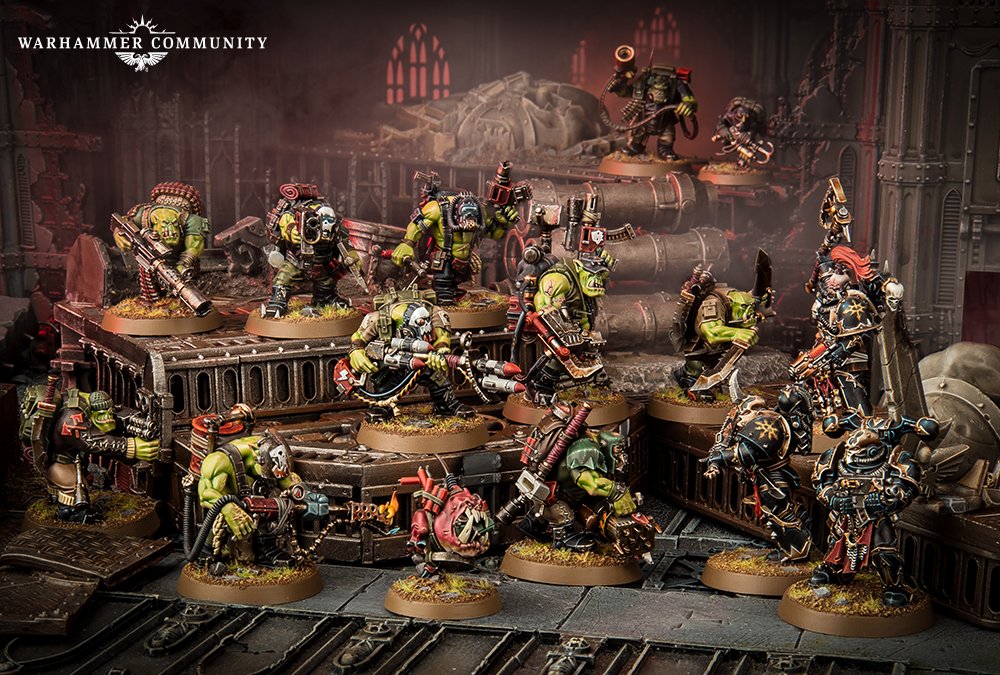 For matched play, each player will get 10 EP (equipment points) to spend on various wargear and upgrades. Each faction has their own batch of options to choose from so that you can further customize your crew. T’au, for instance, will get access to things like Markerlights: 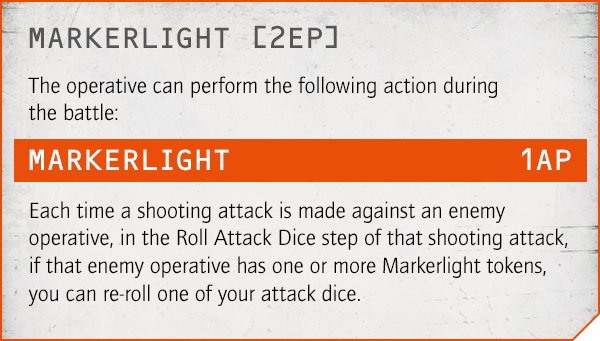 Another example is the mighty Trench Shovel available to the Death Korps of Krieg: 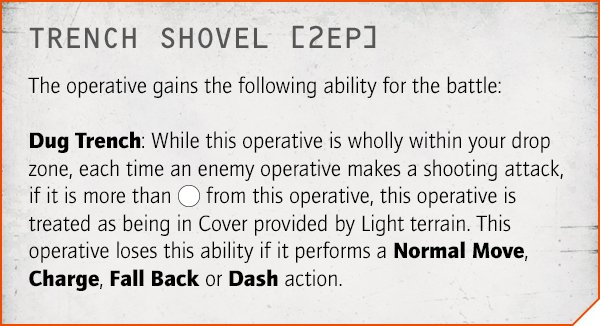 And of course Tyranids are going to get access to Feeder Tendrils:

“In fact, many of the extra detail parts included in each kill team have in-game rules to go with them, so plenty of the grenades, maps, chronometers, smoke bombs, and more featured on your miniatures function just as much as their weapons do.”

Yep – all those extra bits and bobs on the sprue are actually going to DO things in game. This is a great way to add some character and flair to your miniatures AND have an in-game benefit.

On the narrative front, players aren’t going to just get points to spend on gear – they are going to have to earn it!

“…kill teams embarked on narrative Spec Ops campaigns don’t get free reign to choose what they want before each mission. Instead, they have to earn pieces of equipment that get added to their stash first as part of their after-action rewards. On the plus side, their ongoing adventures give them potential access to even more powerful artifacts called rare equipment, which can have drastic effects on their abilities in battle.”

What types of upgrades are they going to get their hands on? How about an auto-loader? 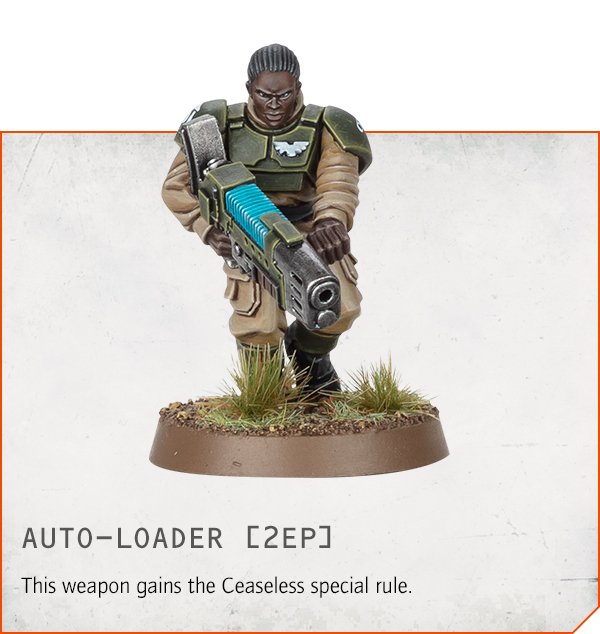 Yeah…that could be VERY handy on a Plasma gun. And there are lots of other upgrades that you can apply to other weapons: 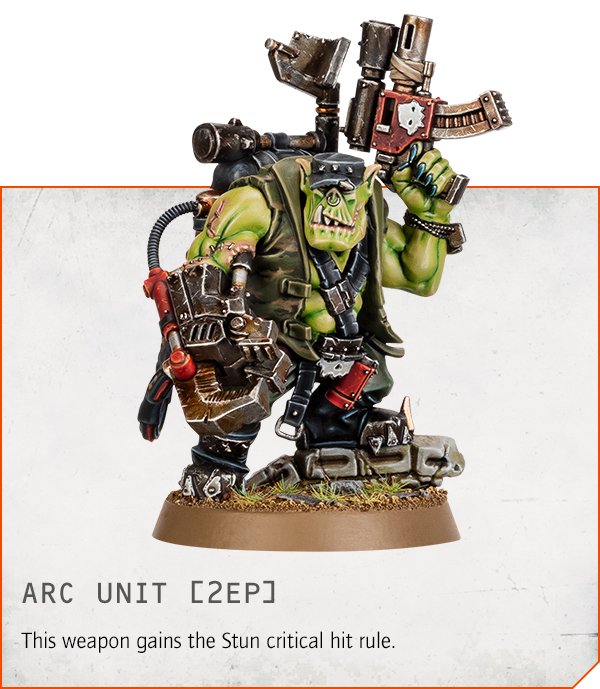 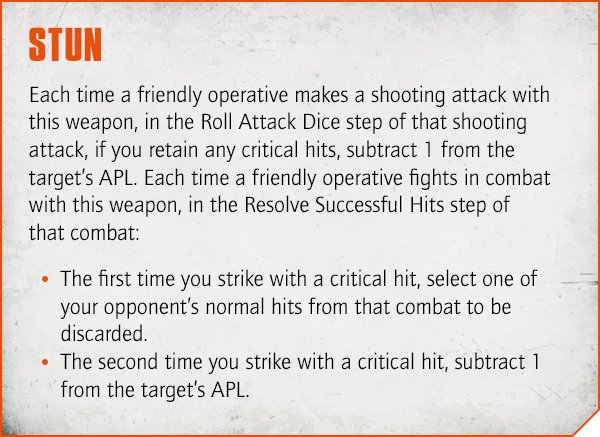 Customizing your Kill Team is going to be the key to success for both matched and narrative play. Whichever route you choose to pursue you’ll be able to make tweaks before the mission to help ensure you can complete it – but so will your opponent. Let the metagame begin!

Check your gear. Gotta be ready for anything!

Author: Adam Harrison
Writer, Editor, Texas Native, and Austinite for 15+ years, Adam covers all things Tabletop Gaming. Which includes Warhammer 40,000, Age of Sigmar, D&D, Board Games and everything else that involves dice, boards, cards and a table. A hobbyist, player, and collector of miniatures and games, Adam's current obsession are his Death Armies for Age of Sigmar, his Blood Angels and Tyranids for 40k, and his ever growing Arkham Horror: The Card Game Collection.
Advertisement
Games Workshop Kill Team Rules Warhammer 40k Warhammer 40K 9th Edition
Advertisement