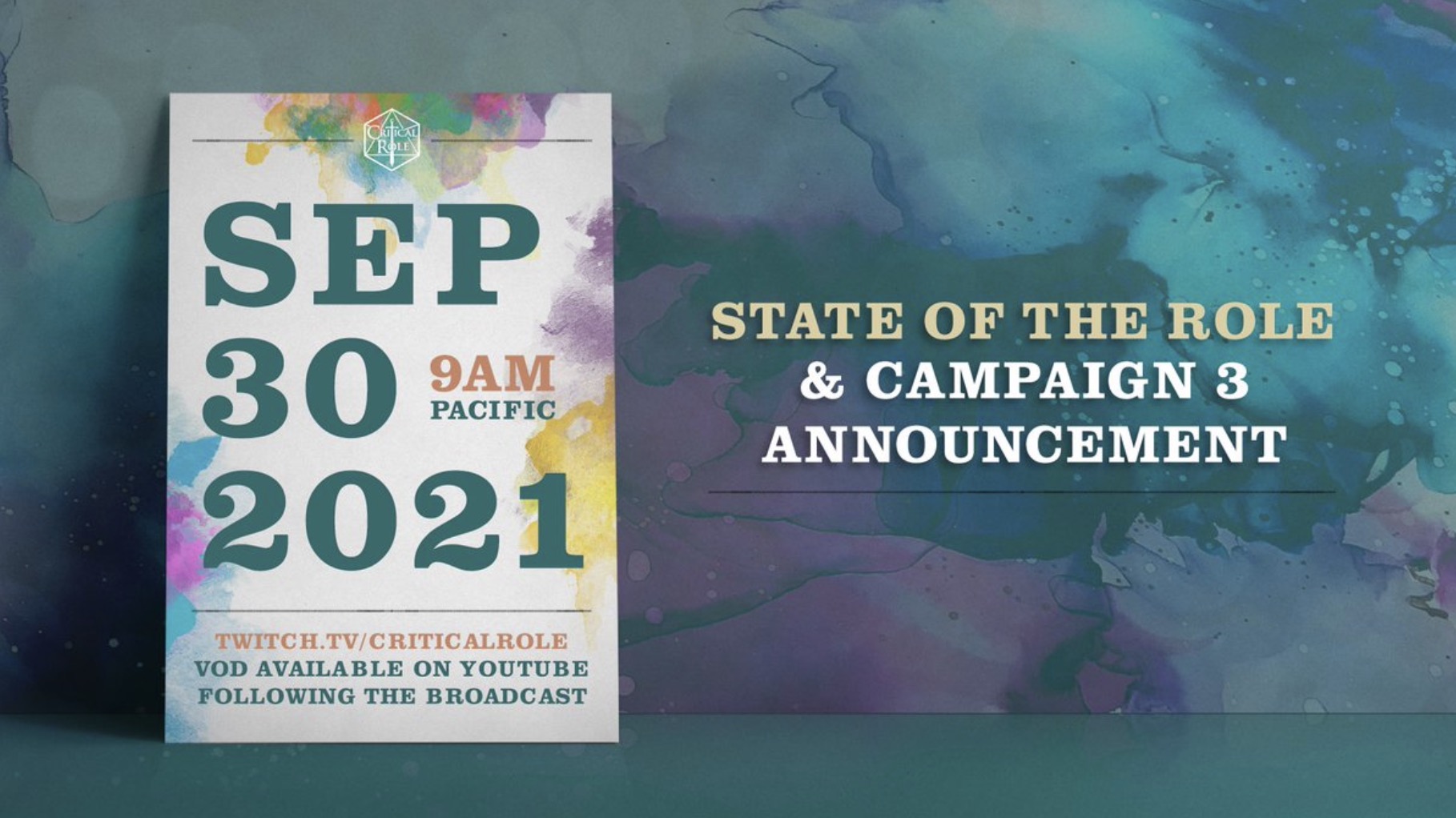 It’s happening folks. Next week Critical Role will make their big announcement on Campaign 3 as a part of their “State of the Role” on Thursday.

At long last, after Exandria Unlimited, after Ashley Johnson’s infamous one shot, after countless hours in the world of Tamriel, Critical Role is ready to make Critters all over the world beyond excited with their announcement of Campaign 3. Coming Next Thursday at 9am PT/11am CT, live on Critical Role’s Twitch channel as part of their “State of the Role” broadcast.

YOU’RE INVITED! Join us next Thursday, Sep. 30th at 9am Pacific on Twitch for a very special State of the Role featuring our awaited Campaign 3 announcement! The VOD will be available immediately on YouTube following the broadcast. See you there! 💖

While we don’t know exactly what we’ll learn about Campaign 3 (it might just be the date) fans are already speculating about what the campaign could feature. Likely it will feature after some time has passed since Campaign 2, and it’s a safe bet to say that it will probably run for a while. With Campaigns 1 & 2 both weighing in at more than 100 episodes each with a three hour minimum per episode, you could watch Critical Role for a month straight and still only be finished.

As we head into the future, it’s time to think about what the future looks like for Critical Role. As the company has grown bigger than ever with the Amazon Prime animated series coming down the line, a new publishing imprint that’s putting out RPG books, board games, and what have you–and as the cast becomes a company, complete with their own copywritten material and official content policy, it’s worth wondering will there ever be a point where the game transitions away from the format people are used to? 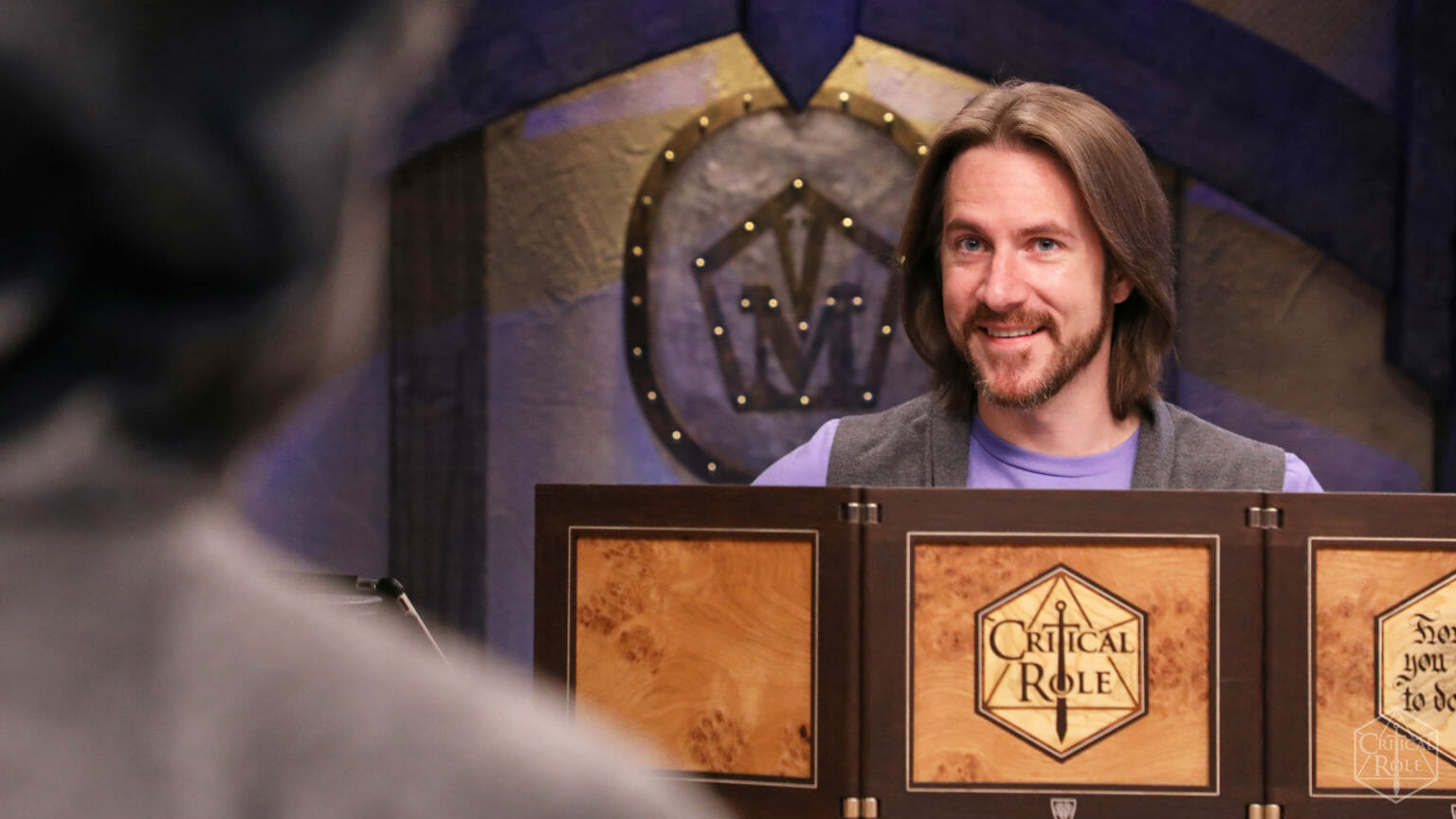 Exandria Unlimited was an interesting experiment. It was a chance for the core cast to expand their roster, inviting in GMs that weren’t Matt Mercer–perhaps the day will come when another DM runs a campaign as the core group tackles other responsibilities. Sam Riegel won an Emmy and is writing songs, for instance. But Critical Role is a constant–and for now we’ll have to see what the future holds. Until then, we’re left wondering…

Is it Thursday Yet?