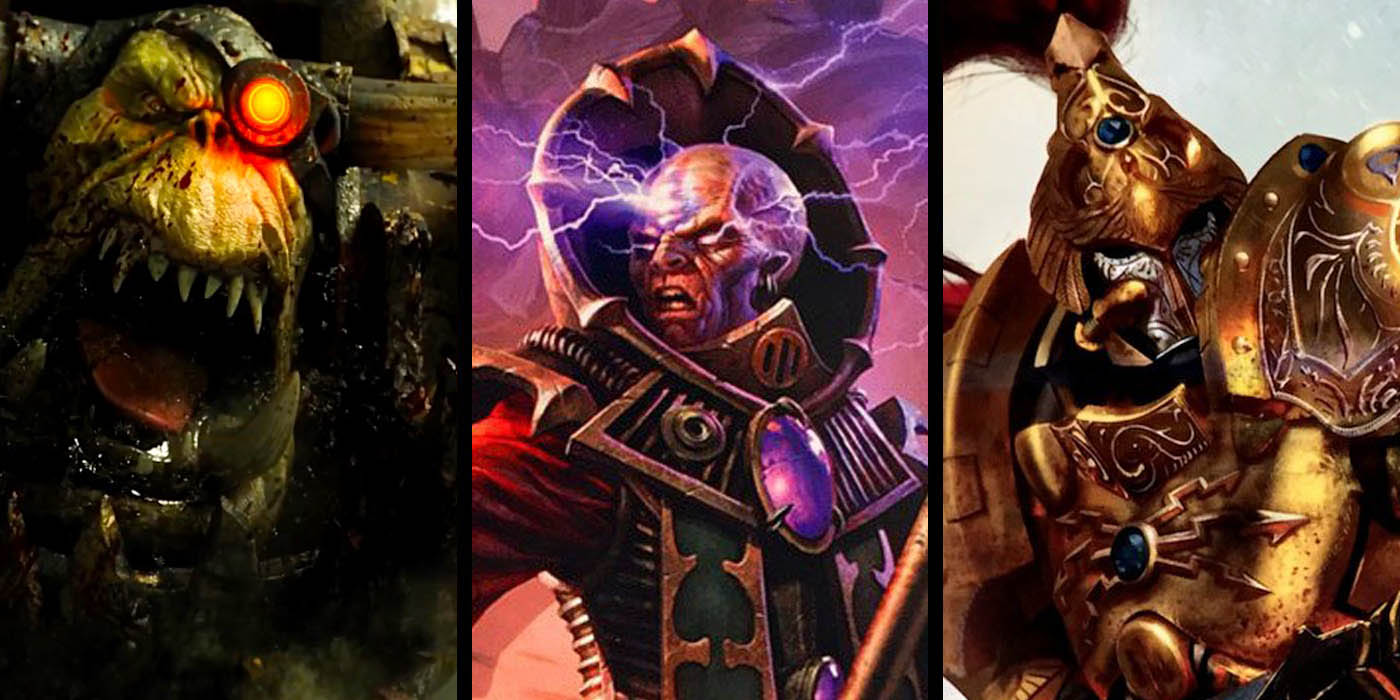 Goatboy here to talk about the talk of what’s coming up next for 40K.

As I prepare to go to the NOLA I turn my baleful gaze onto what I want to work on next.   This NOLA GW GT I decided to do Grey Knights and a few weeks later got my 6 Dreadknight list done.  It was a bit of a task as I had some fun personal stuff with friends to try and hop over but I got all 6 of the baby-carriers made, found enough stuff to make the Strikes, and threw together some characters to get an army ready.  Of course – I didn’t playtest it but I made a very intensive sheet of rules to bring with me and hope to win a few games.  I am sure I will talk about it next week when I get back but this isn’t a Grey Knight article.  This is about the Orks. 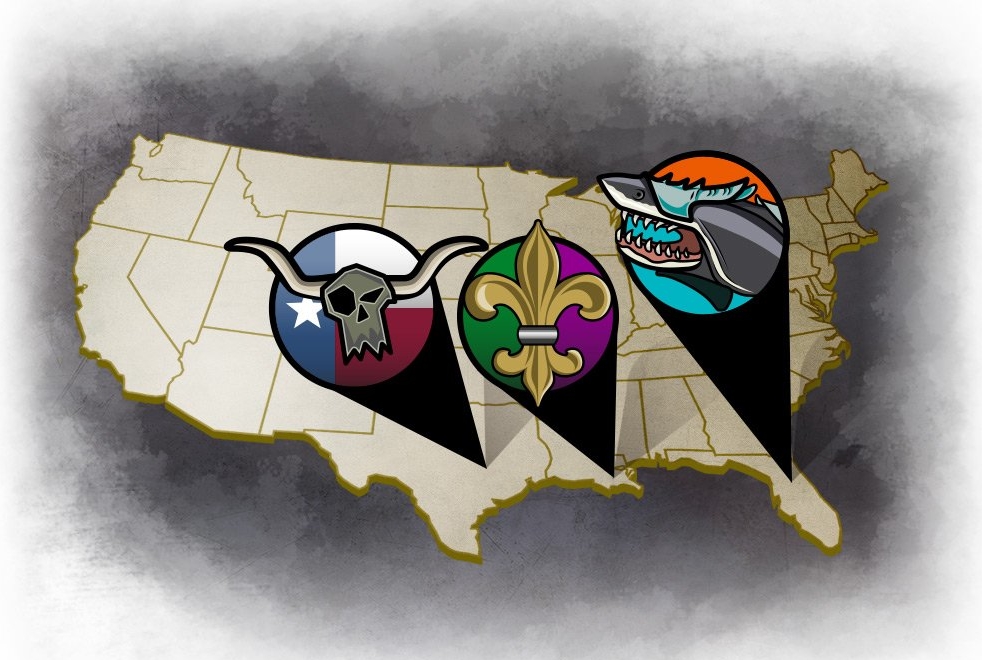 Finally, we got all the models coming out.  It feels like forever since we got the Beastsnagga box. I think the Ork wave of pain that is incoming will shift a lot of things in the meta.  This isn’t a list like the Old Ork armies and instead is a very rough midrange threat army that can bring up rather big fat jerks (Kill Rigs are a thing… expect to see 2 in a lot of lists) and enough board control to keep a lot of players timid and in their zones.  Sure the buggy hell is a legit thing – but taking anti-vehicle isn’t too hard especially with units of them.  Nothing like shooting bullets into a 3 man Ramshackle unit and watching as each one pops. 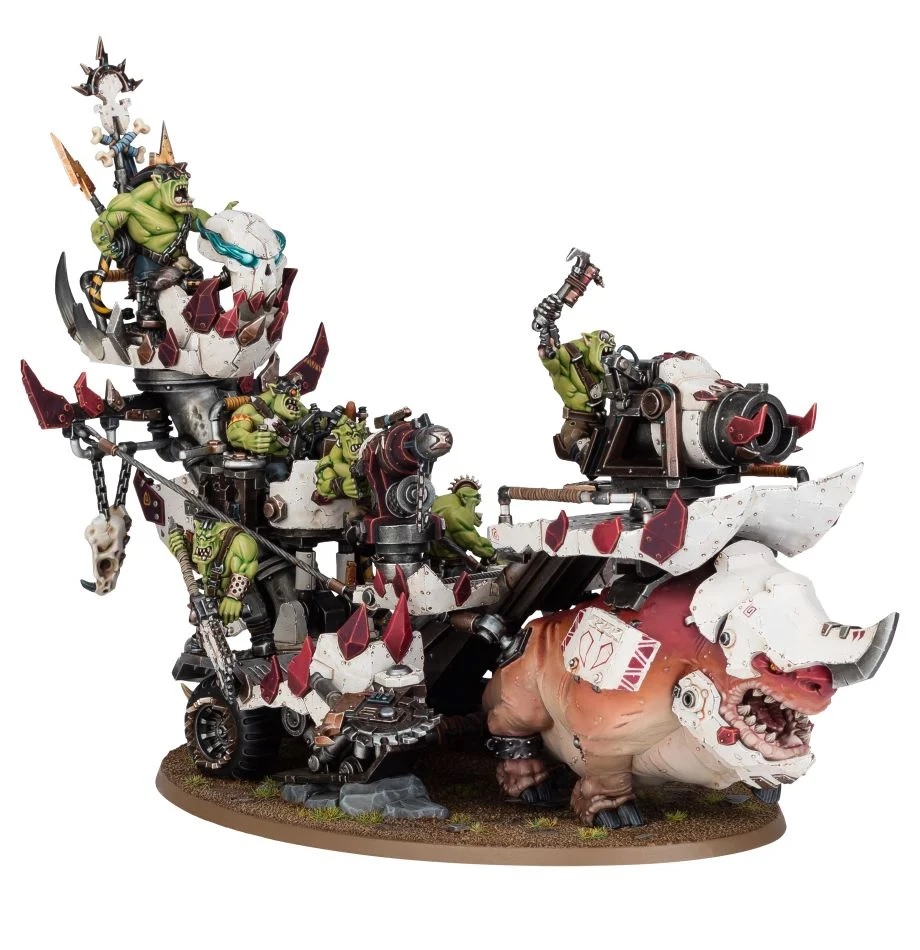 So what am I expecting?  Well, the Kill Rig is an expensive kit – sitting at 120 buck range is a big deal especially on a unit that is under 200 points.  With it sitting in the Knight range you can probably expect to see a lot of weird conversions coming out to cover it.  I know Orks are known to cobble things together so at least with the model being on a Base it will be easier to throw something together that fits the footprint and doesn’t leave a player asking – is this fair?

I also got my second Rukkatrukk from GW so beyond some new Beastsnagga stuff I am ready to go crazy.  I got my scheme, it doesn’t feel like a choir to paint, and it should be fun.  Of course I got client stuff to do first – but seeing how I can quickly work on stuff I might be able to have this Ork nonsense done by the Austin GW GT.

The rumors of the releases are sounding like they are lining up so this means after Black Templar will see Custodes and GSC.  Custodes are an army I like as well as it feels like a good starter army designed to get the player to be a better GW general.  Focusing on very specific parts of the game mixed with a limited unit set makes this an army fast enough to play and you need to concentrate on correct movement.  Movement is the key to being a better player as it is one of the only things you can truly control so getting good at it will do you better. 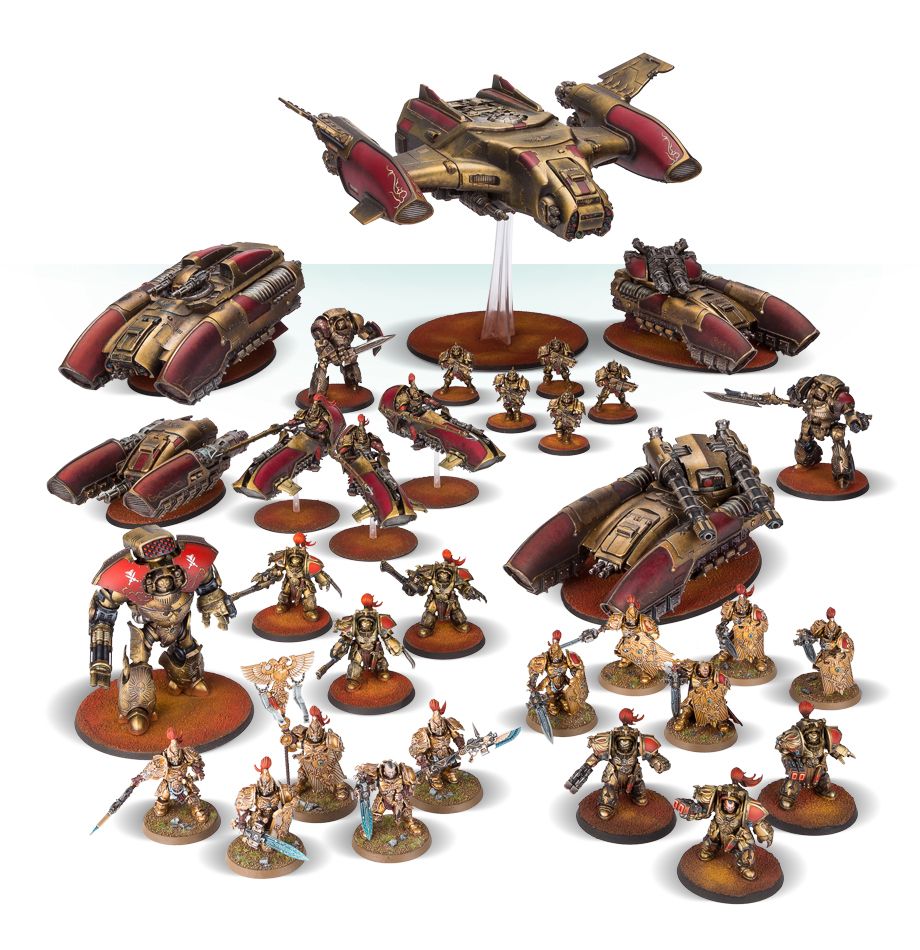 The big question on the book will be is this going to be the first regular Codex to have FW units in there?  I don’t think so as the FW book looks future proof with CORE and probably only missing the “dread host” rule name.  But – it would be interesting to see fully updated FW data sheets in an actual codex.  It would be a boon for new players who won’t need to buy another book as there are at least 2 much needed Custodes units in the book you will want.  The cheaper combi weapon troop and the jump pack guys – if they keep the double shooting strat.

All Hail the Four Armed Emperor!

The other codex is one of the least popular books (purchase wise) in the GSC.  This army had such an up and down set of rules thru all the editions and while a really cool model range it is one of the priciest in the game.  It is probably the craziest one as you have huge 20 man units that only come in boxes of 5.   I like the look of the army but never enjoyed the way it played as it always felt either too good in an edition or just awful.  That sweet spot of decent enough is hard to get right with an army that is supposed to be sneaky and brutal.  The rumors point to fixing ambush and simplifying it – which I think is always for the best.  Make it simple and match up within the realm of current rules and you get a much better “rule” for the army.  Then make everything efficient enough without really odd rules and you get a winner. 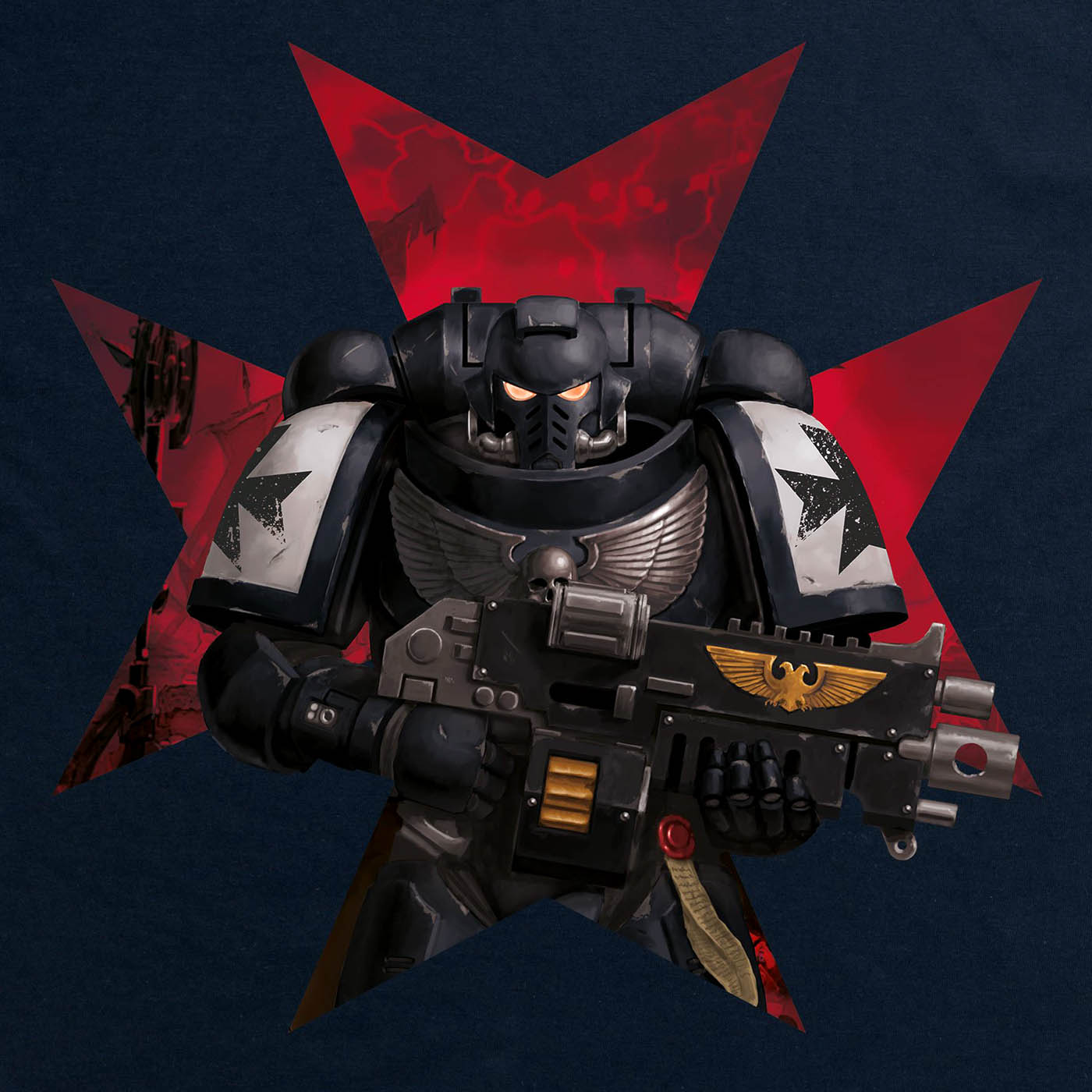 Suffer Not the Witch to Live!

Alright – that is it for now I hope we get to see some new stuff next weekend that isn’t just more Black Templar stuff.  I like the Black Templar stuff but until I get the rules and unit sizes I am less ready to say if they are worthwhile or not.  Will see – anyway until next week when I quickly write up about the winning army list.

Author: Thomas / Goatboy
Thomas Reidy, aka Goatboy, the ever-evil member of BoLS. I do arts, play 40k, and even paint a lot of stuff. I have been playing Warhammer 40K since the 1990s, and have won multiple national events including Adepticon and GW GTs. I've been writing for BoLS for 15 years. Look at my Instagram to see what I am working on - or working on for someone. I am always doing something hobby related.
Advertisement
Orks Rules Tactics Warhammer 40k
Advertisement 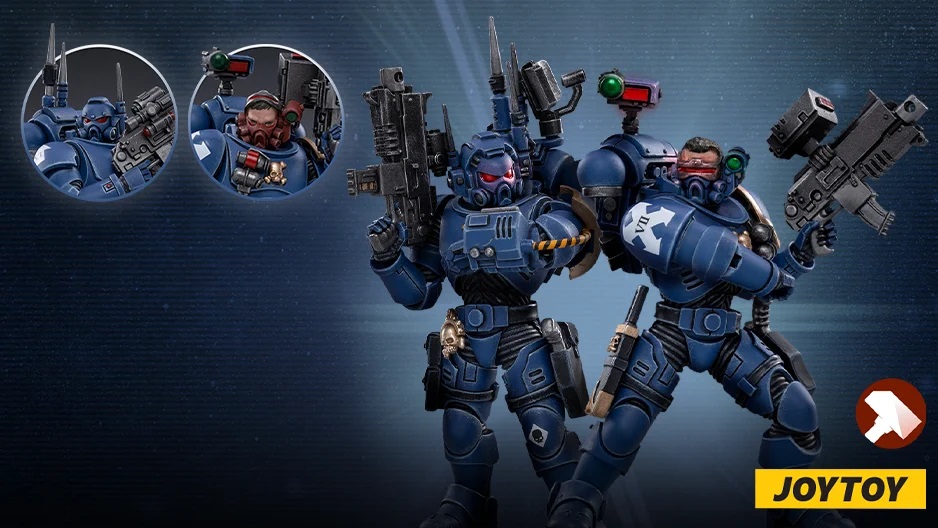