Is ‘Battle Masters’ The Biggest Board Game Ever? 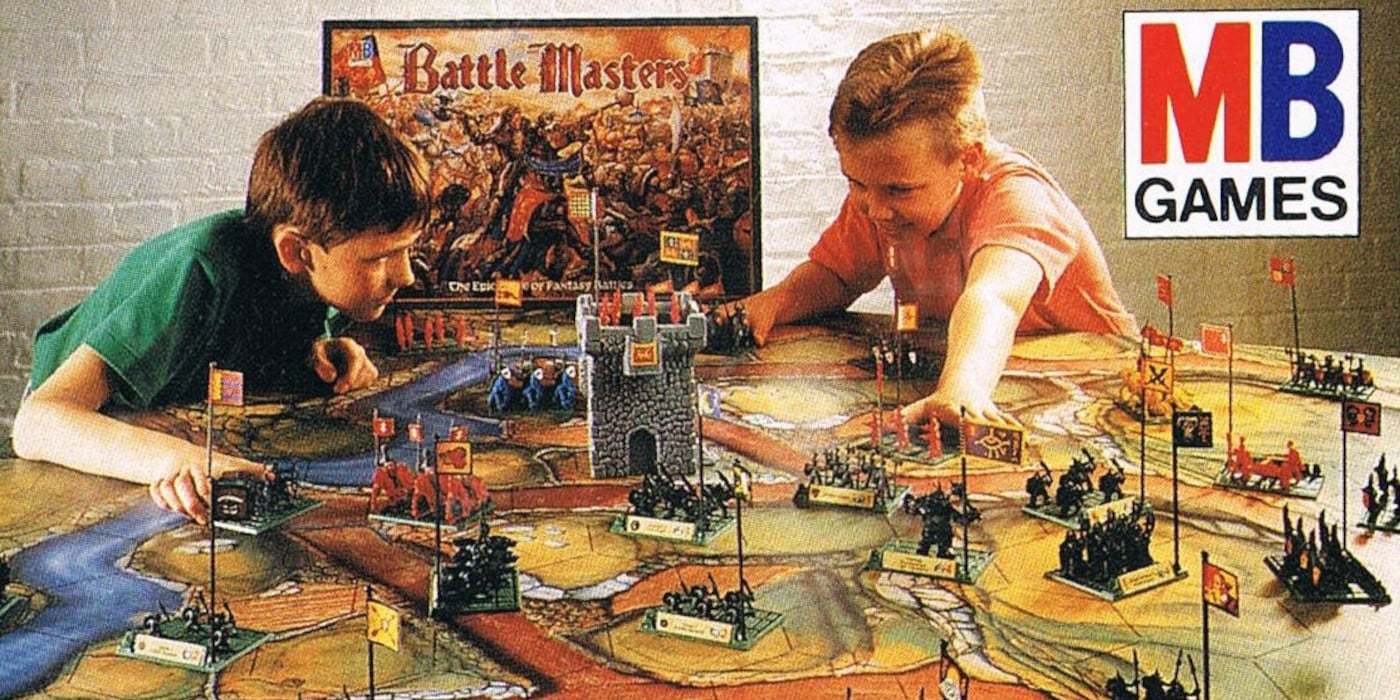 Some board games are big; plus with Games Workshop’s stamp of approval, Battle Masters might just be the biggest.

This isn’t the first big tabletop game I’ve covered here. In fact, I did a whole series about The Campaign For North Africa, which is easily the biggest (and most complicated) war game ever. It’s my magnum opus.

But today we are talking specifically board games. 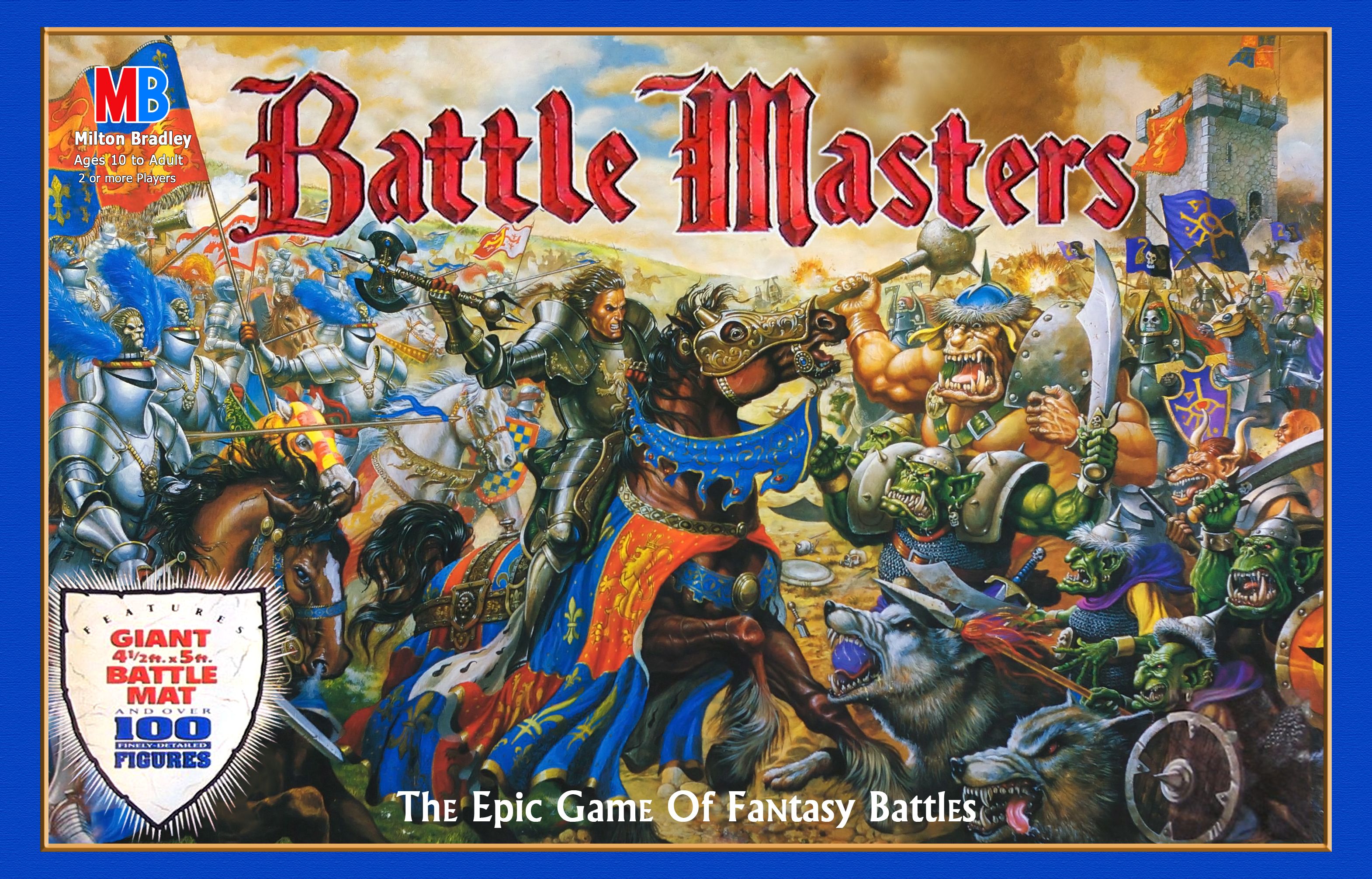 Battle Masters was released in 1992 by Milton Bradley, with licensing from Games Workshop as the game pits the Imperial Knights against the Forces of Chaos. But even without all that, the game stands out in a crowd, thanks in no small part to the gigantic vinyl (I think) battle map. It dominates the table at basically 4.5′ square, (55″ x 57″ / 140 cm x 145 cm). The models for the game are sized for it as well, with the key feature for me being the massive tower that stands imposing among the warring forces. 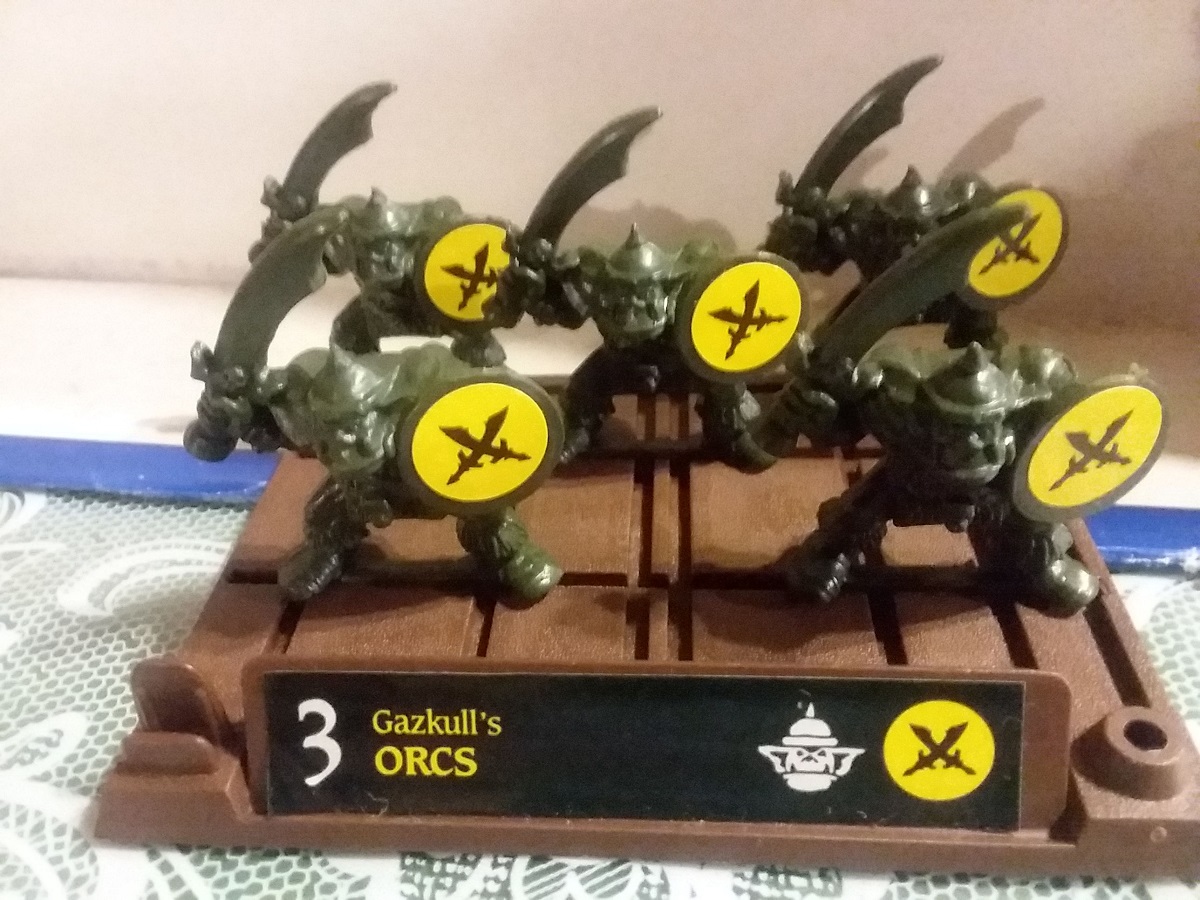 The gameplay, while fairly simple, draws a lot of inspiration from common wargame mechanics. For example, during gameplay setup, one player places terrain features around the board, such as river crossings, impassible marshland, defensible fortifications and of course, the almighty tower. But while one player sets up the terrain, the other plays is the one who chooses the orientation of the battle and which side they will start on. Overall, pretty progressive for a 1992 Milton Bradley board game! 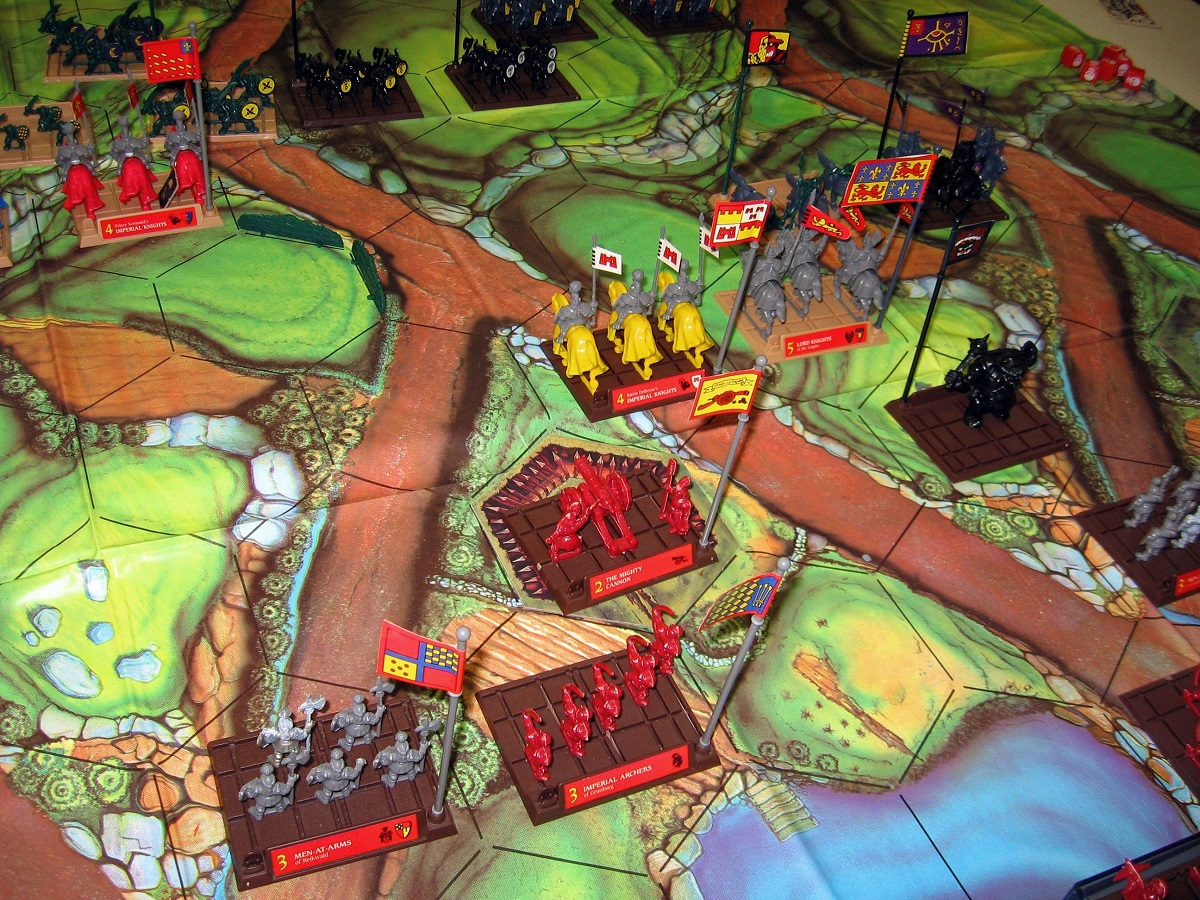 One of the main mechanics that does make Battle Masters stand out is the turn order structure. Rather than the simple “I go, you go”, Battle Masters uses a deck of Battle Cards to determine which units get to act. Each card shows a small selection of units from one side or the other. Obviously these cards can be drawn in any order, so there is a half-decent chance one player will get to act several times in a row!

But don’t discount Battle Masters as being too overly simple. There are a lot of different gameplay mechanics at work here, with a half-decent amount of asymmetry in how each army operates, at least regarding the special units. For example, the Imperial Knights have the cannon, which uses tiles to track the path of the cannon ball as it flies. The tiles are drawn randomly and depending on which tile is drawn as the cannonball moves towards its intended target, it might cause some unintended damage to others (or itself!). 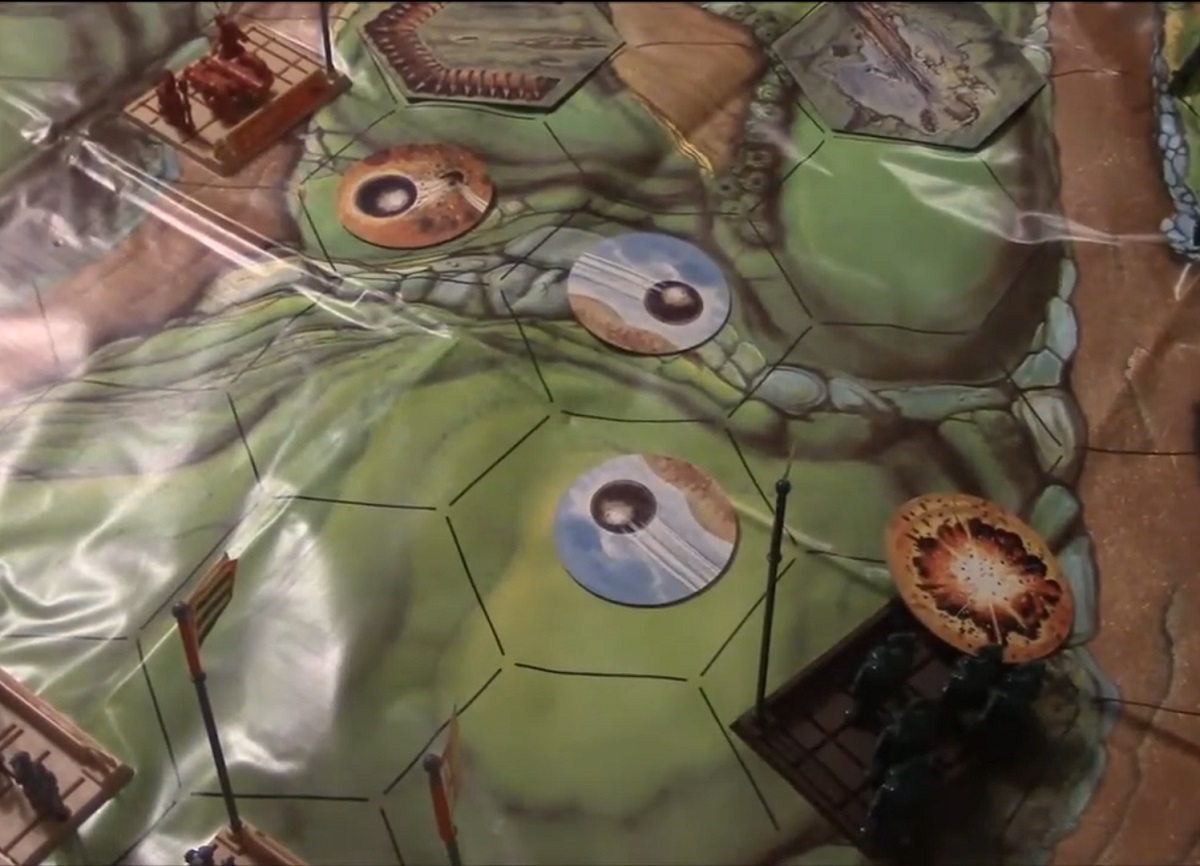 Similarly, but different, the Ogre Champion has a deck of cards which determines what it will do on its turn. Depending on the remaining wounds of the Ogre, it draws a number of cards from its deck of cards, which dictate if it moves or attacks. So, the ogre, as you might expect, kinda does whatever it wants, with some guidance from the player. 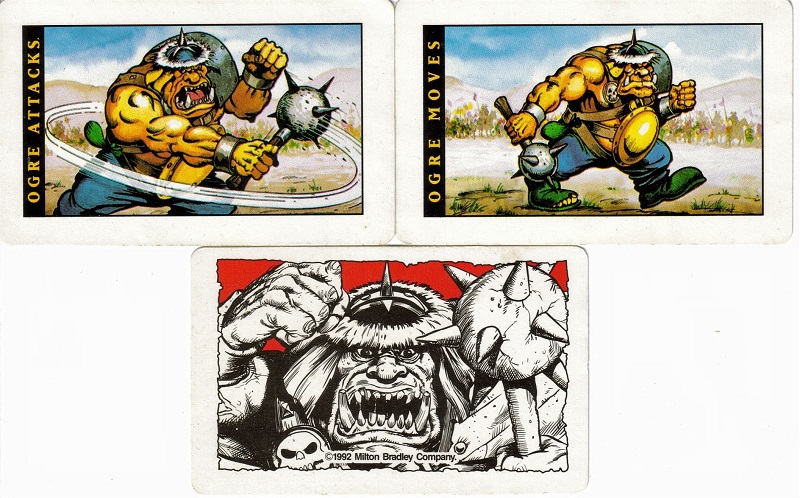 Nowadays, as with so many of these types of games, it is something of a collector’s item. But since the community surrounding the game is still active, with making up new rules and mechanics, getting your hands on a copy can be a bit pricey. Still, there are copies available on eBay for “just” a couple hundred dollars.

Overall, Battle Masters is a pretty nifty board game. It obviously makes a strong visual impression, but it’s got a lot of interesting mechanics lying just under that impression. So is Battle Masters the biggest board game ever? Well, no. Apparently, that title belongs to World of Flames clocking in at 23,279.30 square cm, roughly 25 sq ft. Wowzers.