Marvel’s ‘What If…?’ Episode 7 Break Down: Thor is Definitely Not a Party Pooper 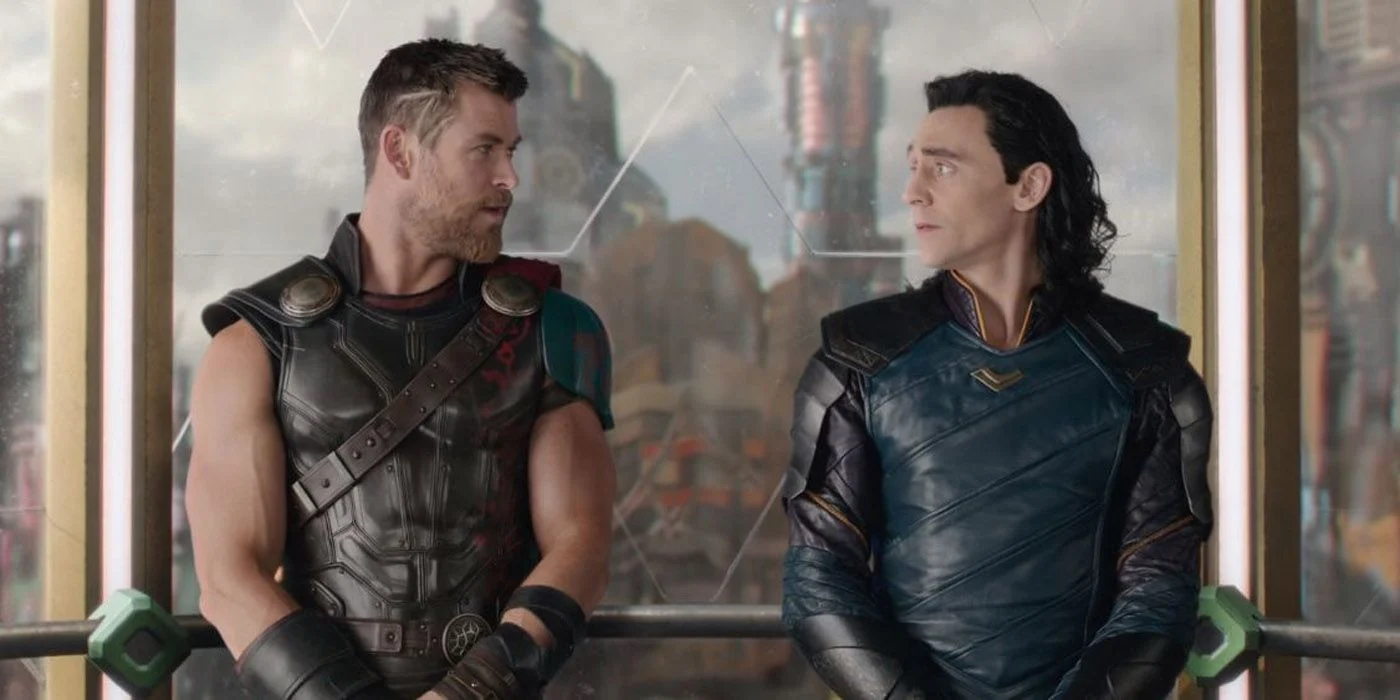 Marvel proves it likes to party in the latest episode in which Thor becomes the god of celebration.

This week’s episode of Marvel’s animated series What If…? introduces us to a world where Thor was an only child. Equal parts The Hangover, Looney Tunes, and Farris Bueller’s Day Off, the show was full of laughs, but also connects to the greater story arc of the show.

This article is nothing but spoilers for ‘What If…?’ episode 7 and adorable Thor gifs. Don’t read past here until you’ve seen the episode! 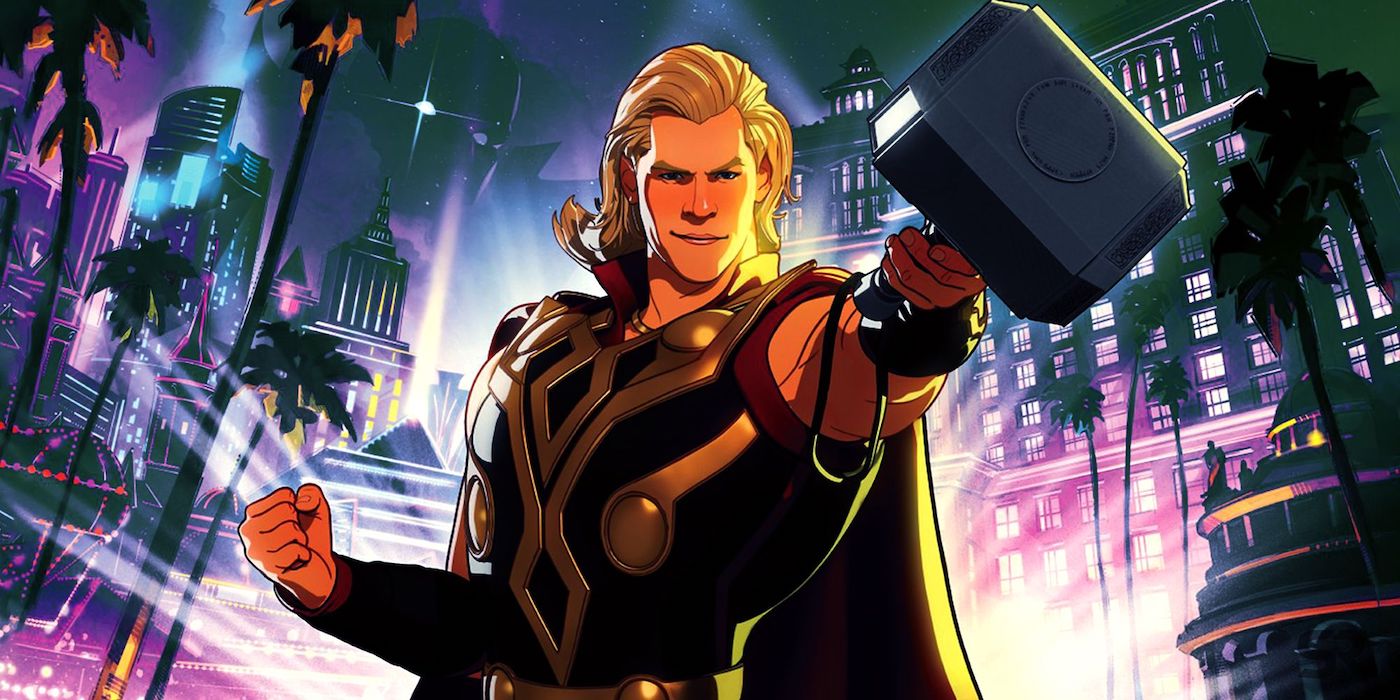 The 7th installment of the What If…? series is 36 minutes of ridiculous fun. After another glimpse into a more unfortunate universe, a universe in which Odin didn’t adopt Loki actually comes up mostly roses. As Odin rests his eyes and falls into the Odinsleep (right about the time of the first Thor movie), Friga goes to celebrate the Solstice with her sisters. She leaves Thor in charge and warns him to behave himself. For good measure, she reminds him that Heimdall is watching.

But of course, Thor, Sif, and the Warriors Three know of a place even Heimdall won’t check. A backwater planet, a little piece of nowhere called Midgard.

Meanwhile, Jane and Darcy are parked in the Nevada desert just waitin’ for some science to happen when there is a beep! And now just any beep! The beep signals the arrival of an extra-terrestrial force. Darcy alerts Jane, who immediately calls SHIELD.

Thor and his partygoers touch down in Las Vegas, where Jane tracks a signal to Thor. This Thor has apparently partied everywhere since he’s got a whole cast of friends. The episode features cameos from the Skrulls, Nebula (sans Thanos’ horrific upgrades), Drax, Rocket Raccoon, even Valkyrie, and the Grandmaster. We even see Surtur (voiced by the incredible Clancy Brown) accidentally melt an arm off the Statue of Liberty.

But the most exciting party guest was a big, blue surprise: none other than Loki himself! Because he grew up on his homeworld, Loki looks like a Frost Giant. It’s understood that Loki learns his magic from his adoptive mother, Friga. It doesn’t appear he has any magic in this universe– but it’s clear he still gets up to plenty of mischief as Thor’s ‘brother from another mother.’

Thor’s party rages through the night. He and Jane get matching tattoos that say “magic” and “science”, while Darcey and Howard the Duck tie the knot in a Vegas chapel. But the next morning, Jane’s hangover sets in. When Jane first called SHIELD the day before, she mentioned that another planet experienced the same alien contact and was destroyed. So when Maria Hill shows up at her apartment the next morning, she’s in red-alert mode.

Jane and Darcy accompany the agents to SHIELD headquarters, where Agent Coulson reports that the “party atmosphere” started by Thor is spreading across the world. It seems to imply that Thor’s power extends to his personality, and it’s influencing the people of Midgard. I guess that makes this Thor the God of Party?

Fearing the worst, SHIELD calls in Nick Fury’s hail Mary– the beeper used to contact Captain Marvel. Carol arrives to take Thor down, and the ensuing battle is the most gleeful tribute to old Looney Tunes cartoons.

After the two punch each other across the map a few times, Captain Marvel returns to SHIELD. She tells them that she’s unable to defeat Thor without taking a chunk of the planet’s population with her, so Maria and Carol decide to confront him in the middle of the Mojave desert.

But Jane is unsure – Thor’s not really malicious, is he? She worries that SHIELD is overdoing the response. Thanks to Darcy, Jane gets an idea. She’ll use her science to contact Heimdall, who will in turn, call Thor’s mommy.

Meanwhile, Carol and Thor are beating the heck out of each other all across the desert landscape. Just as Captain Marvel ramps up to deliver the big blow to the party god, the Allmother appears to give her son a good telling off.

But Thor assures her that he’s been studying on Earth with his friends in a cultural exchange program. And like any classic teen comedy movie, Friga cuts her trip short to come home early, leaving Thor to race against the clock as he has to clean up his worldwide party mess. But of course, like any teen hero, Thor manages to get things together just in time for Friga’s arrival. Captain Marvel even flies down to help validate his cover story– and provide him with some useful information about Earth.

And all is well that ends well– except oops! Thor summons Mjolnir and as it returns to him, it’s covered in Mardi Gras beads and someone’s underwear.

And– much like Uata the Watcher– we believe it will all be a happy ending. Thor asks Jane on a date, and through this experience, appears to have learned some of the responsibility he acquired in the original Thor.

But then, as we see the Watcher’s face coming closer than we’ve yet seen it, a look of shock crosses his face! This quintessential rom-com ending is interrupted by –

Ultra-Vision! Infinite Ultron! Ultron with his consciousness loaded into the synthezoid that would have otherwise become Vision!

Marvel now has released enough trailer footage of the show to let us know two things, the first being that a form of Ultron gets the Infinity Stones.

We also know that a group of Multiversal Avengers forms to stop a cross-dimensional threat, and I feel pretty confident in saying that this is it. Other members of the team have appeared in episodes. T’Challa as Star-Lord, Captain Britain Peggy Carter, a couple of Doctor Stranges, and few Black Panthers have all made appearances.

It’s nice to see the stories coming together. And as far as the series goes, this episode is easily a favorite. The studio took full advantage of animation with its cheeky fight scenes, memorable one-liners, and destruction of certain worldwide landmarks.

Make sure to check out more of my break down with Matt on Youtube!

What did you think of episode 7? Did it put you in the party mood?