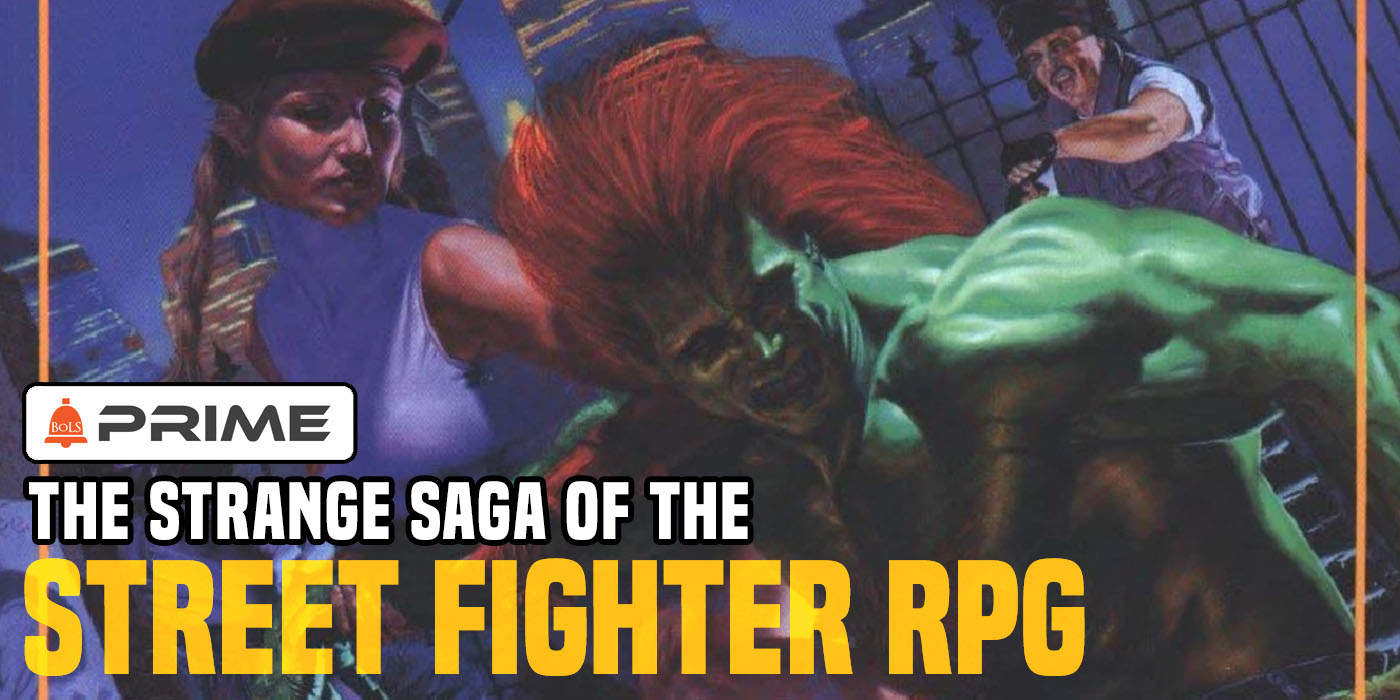 From Avatar: the Last Airbender to Star Wars, licensed properties have made for some amazing tabletop RPGs... and then there's Street Fighter.

When it comes to roleplaying games, one of the best ways to quickly gain an audience is to find a licensed property with a built-in fanbase. This is why some of the bigger releases, like Avatar: Legends, Alien, even The Labyrinth all pull above their weight. It's a lesson the gaming industry learned back in the earliest days as well.

Back then, you could find games licensed for existing franchises like you wouldn't believe! Games companies created RPGs for popular properties like Ghostbusters, Conan, and Indiana Jones– though each game was met with mixed success.

Players loved some of the systems for these games– others were so reviled that the founding company was ordered to destroy every copy.

And then there's White Wolf's experiment with the licensed RPG franchise Street Fighter: The Roleplayig Game. Street Fighter is certainly an interesting choice. It's not exactly the first property that jumps out and screams "play in my world!" It was also built using mechanics from World of Darkness.

Both of these facts were a part of the perfect storm that allowed this game to be made. But White Wolf, flush with the success of The World of Darkness in 1994, rolled the dice on it. Without Vampire and Werewolf, ther...