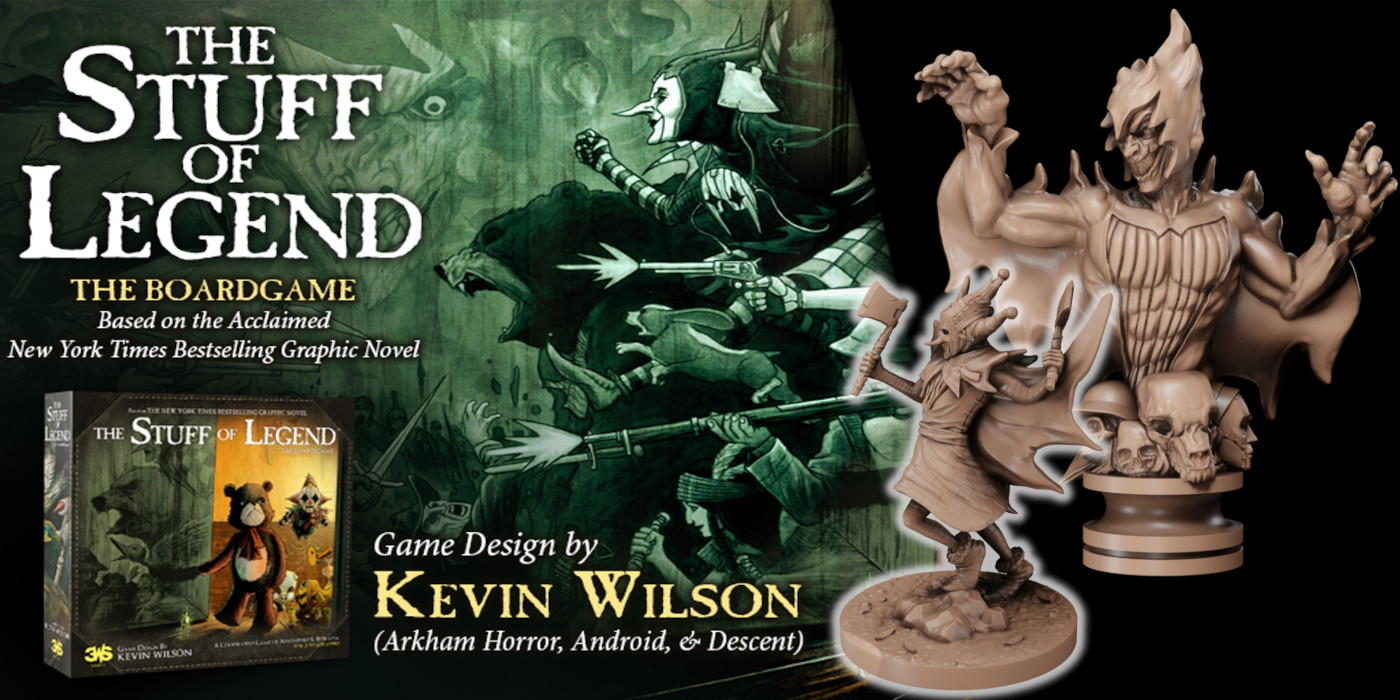 The designer of Arkham Horror and Descent brings the NYT Bestselling graphic novel to the world of gaming.

Brain-child of the designer of such games as Descent, Arkham Horror, and TMNT, Kevin Wilson presents The Stuff of Legend: a new semi-cooperative, narrative-driven board game. The game is based on the New York Times Bestselling graphic novel by the same name. In the graphic novel, a young boy is kidnapped by The Boogeyman and taken into The Dark– and it’s up to his loyal toys to save him. 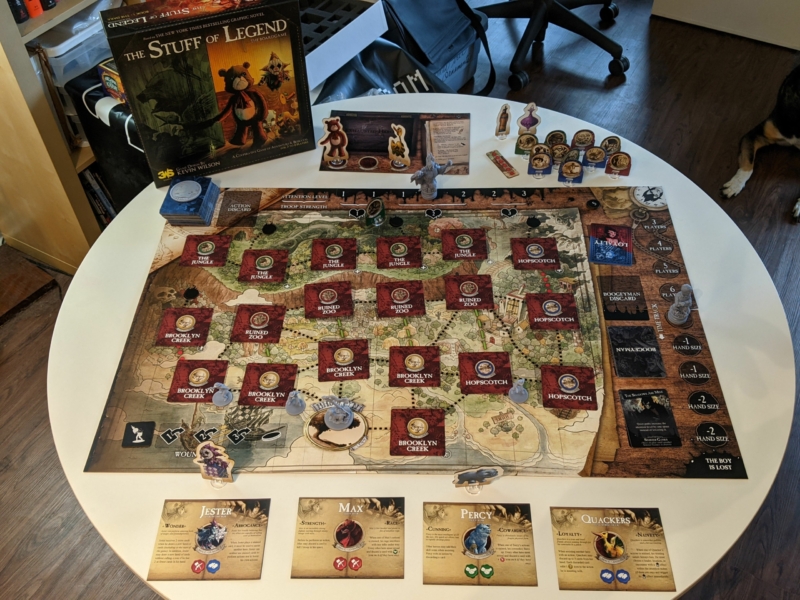 If you’ve never read The Stuff of Legend, I have great news! The team behind the game has offered our readers a free digital copy of the first issue so they can get a better idea of the setting. Or to just enjoy some good storytelling. Either way works. 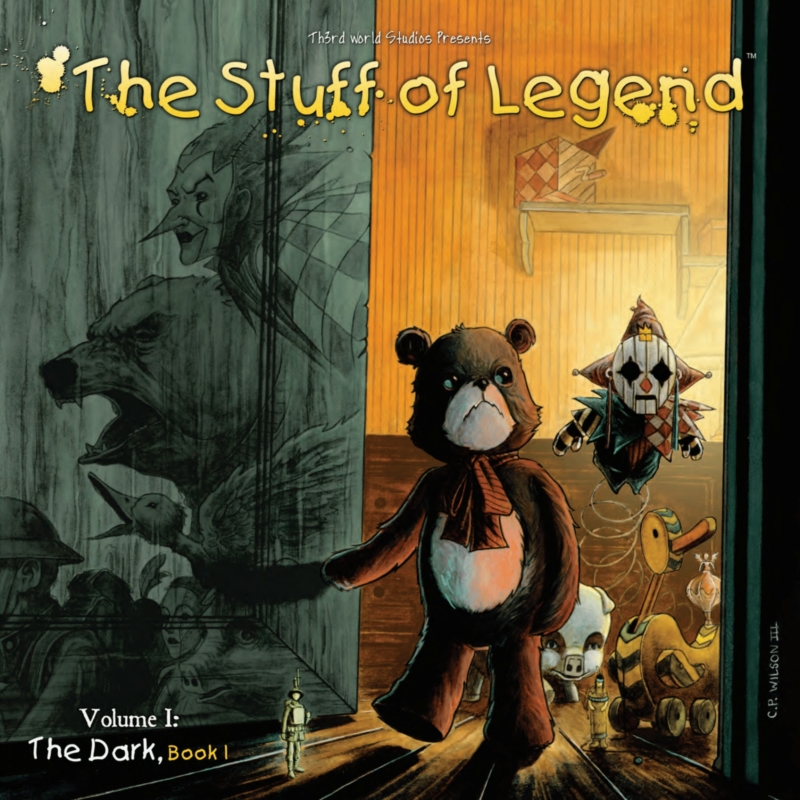 In The Stuff of Legend board game, players take the role of the toys, each with their own unique skills, strength, and weakness. Players will explore the world of The Dark and encounter all manner of lost and forgotten toys. 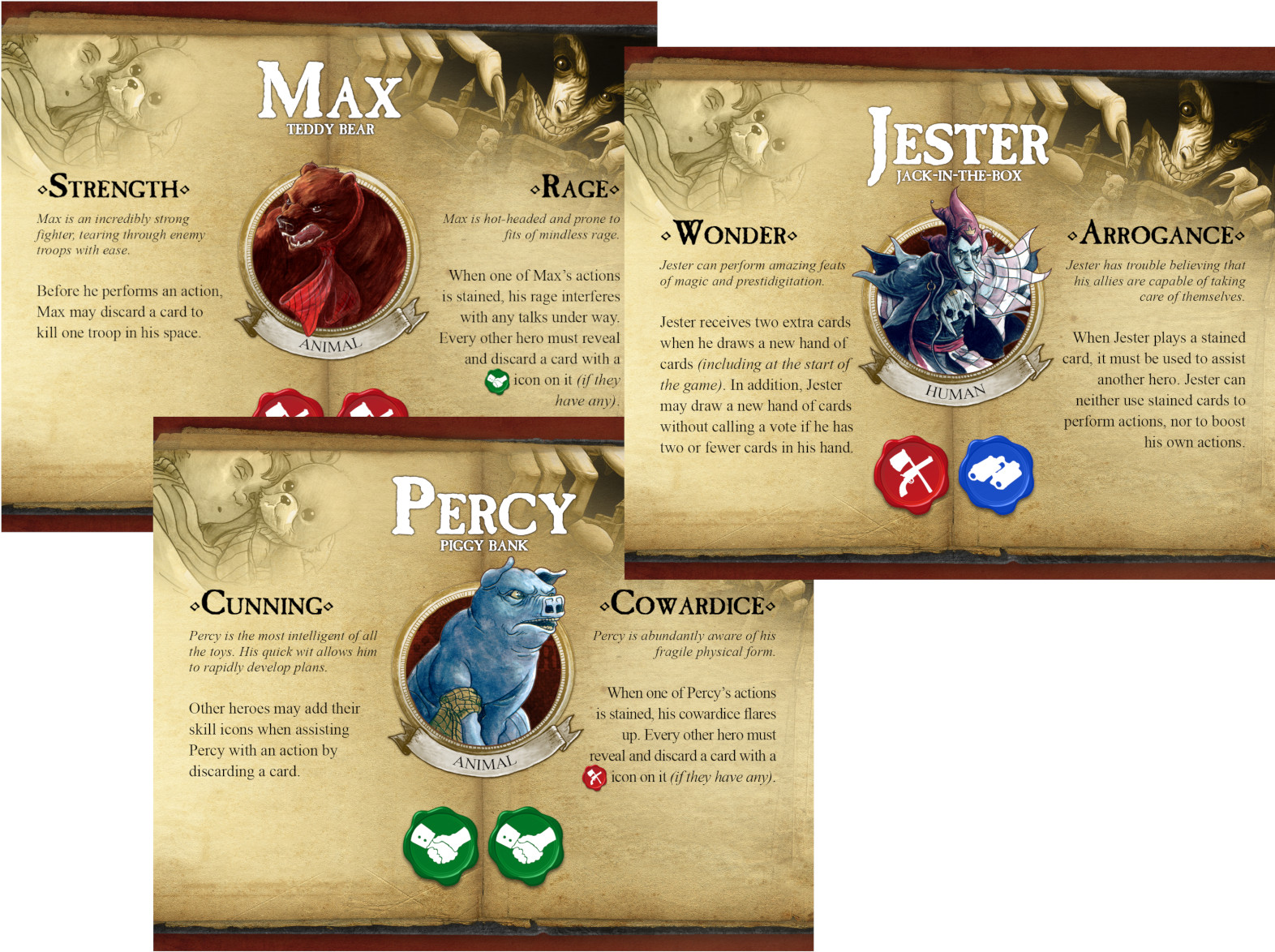 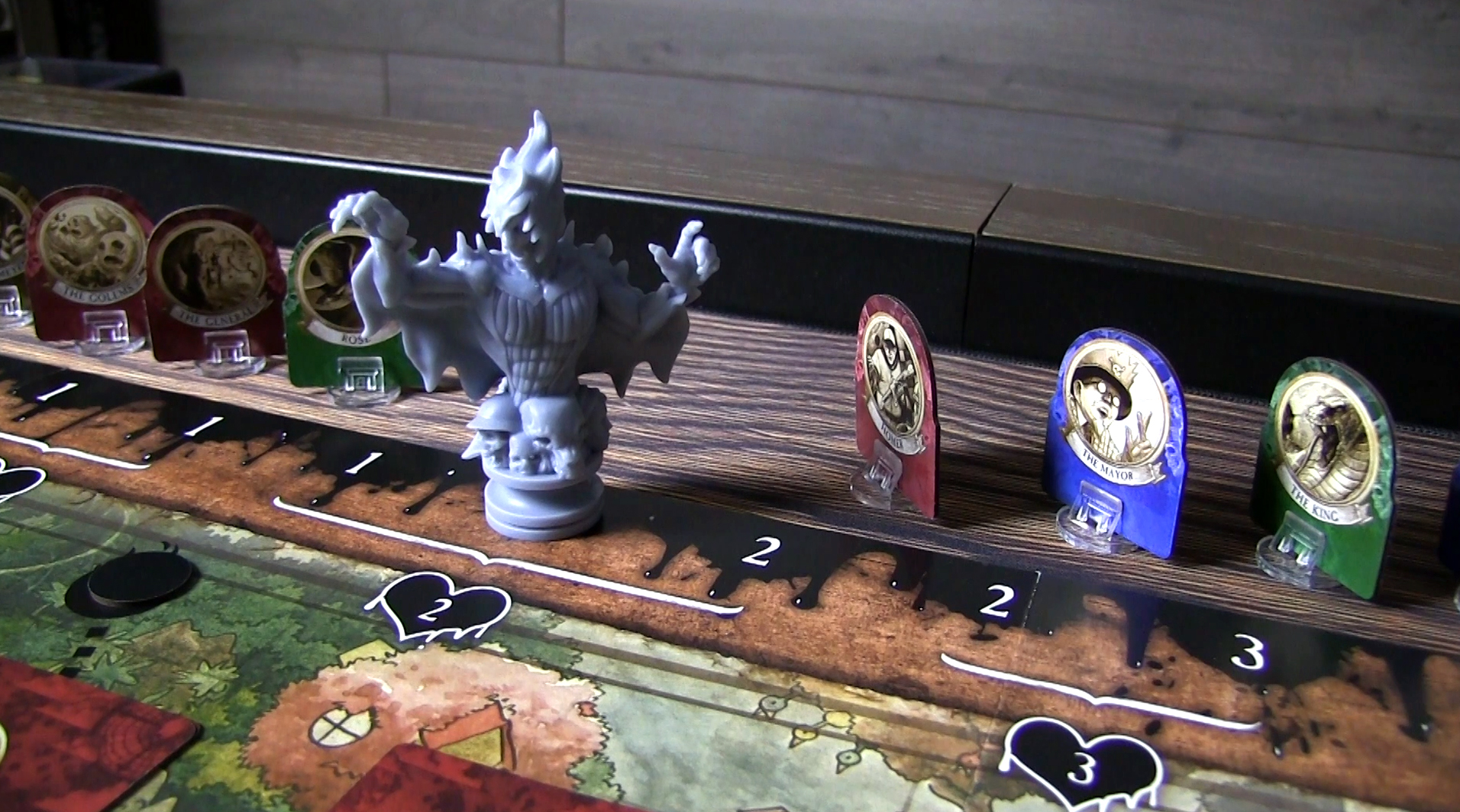 For each turn, players will collectively vote on who will go first, then vote on which actions they will take. If the vote fails, the action is wasted. So, players have to avoid arguments and work together, combining their action card in order to succeed. But that’s easier said than done– there could be a secret rival hidden amongst the team. Any player could be secretly working for the Boogeyman, so be careful which players you allow to take which actions. 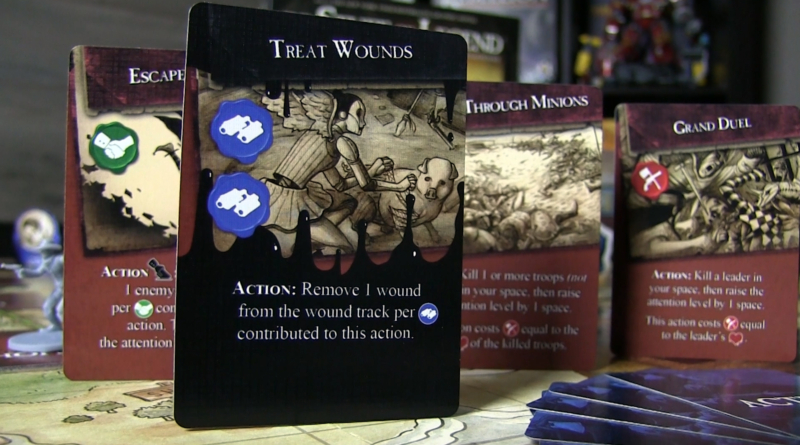 The player’s goal is to find the true exit from The Dark. There are 4 exits and each exit has a hidden value. The highest value is the true exit, and players will have to find them in order to learn the exit’s value. But, you only have so much time before the boy is lost forever! And with a potential betrayer in your midst, do you trust what they say, or have someone else confirm that claim? Who can say what’s the right choice? 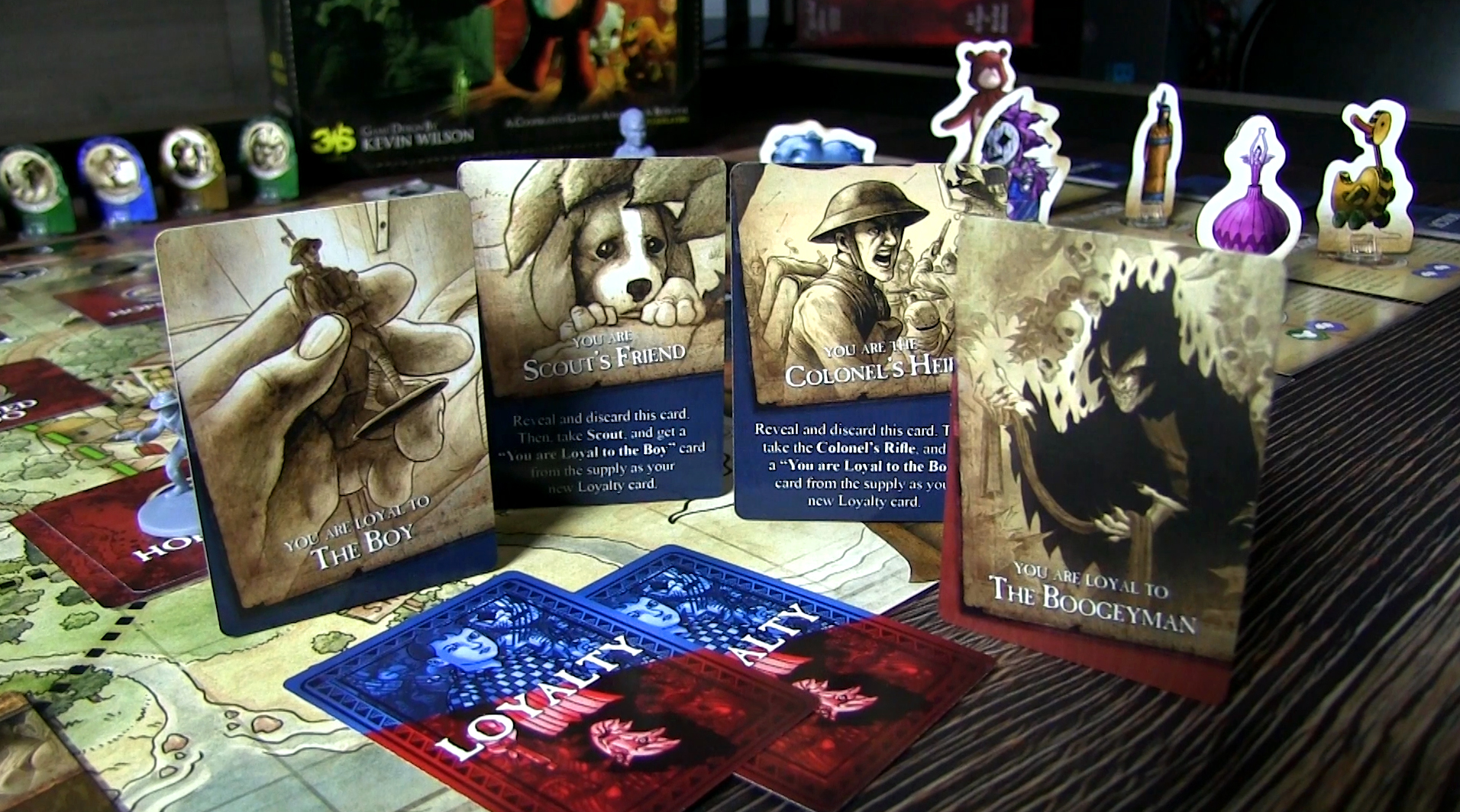 The game is currently rounding the last couple days on Kickstarter (which it completed in just 6 hours). It will have a retail release, but Kickstarter backers can get the limited Boogeyman edition, featuring fantastically-sculpted minis and a limited-edition comic. 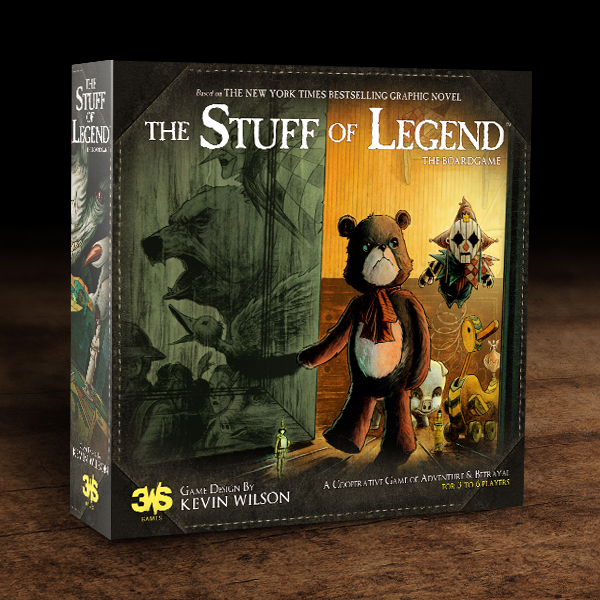 The hit graphic novel series that’s been running for 13 years and was at one-time under option from Disney is attracting new fans with its board game designed by one of the biggest names in the business, Kevin Wilson (Descent, Arkham Horror, TMNT)

In The Stuff of Legend, each player takes on the role of one of the boy’s loyal toys, each with their own unique abilities. Players work co-operatively, scouring the Dark in search of the Boy before the Boogeyman can escape with him. Players beware, through the course of the game your allegiance may change, and at any point one of your fellow players could be secretly working against you for the wicked Boogeyman.

Author: Matt Sall
Matt has loved games of all kinds his whole life: board, video, war, roleplaying. He's worked as a writer for BoLS since 2017. He's worked as freelance editor for board game rulebooks and has designed many of his own games as well.
Advertisement
Arkham Horror Board Games Kickstarter Miniatures Tabletop News
Advertisement 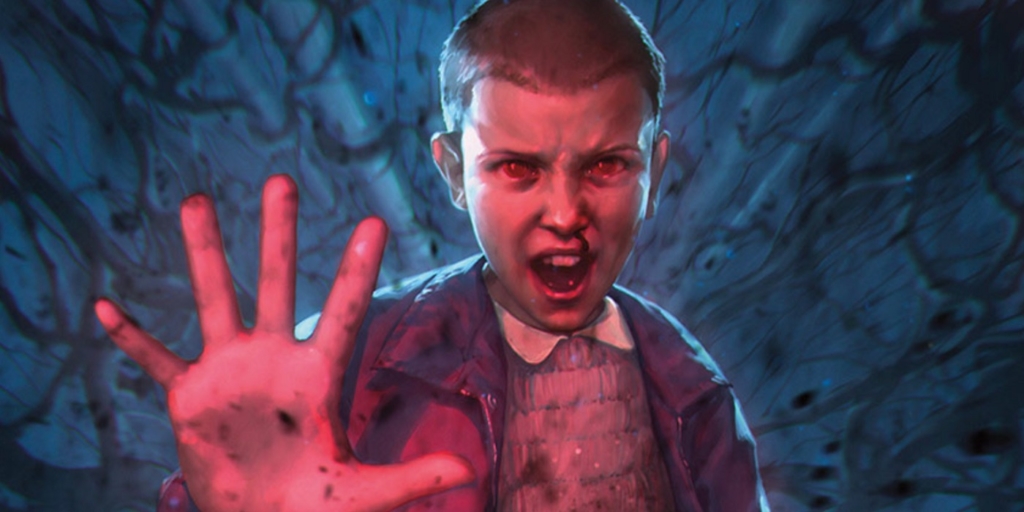