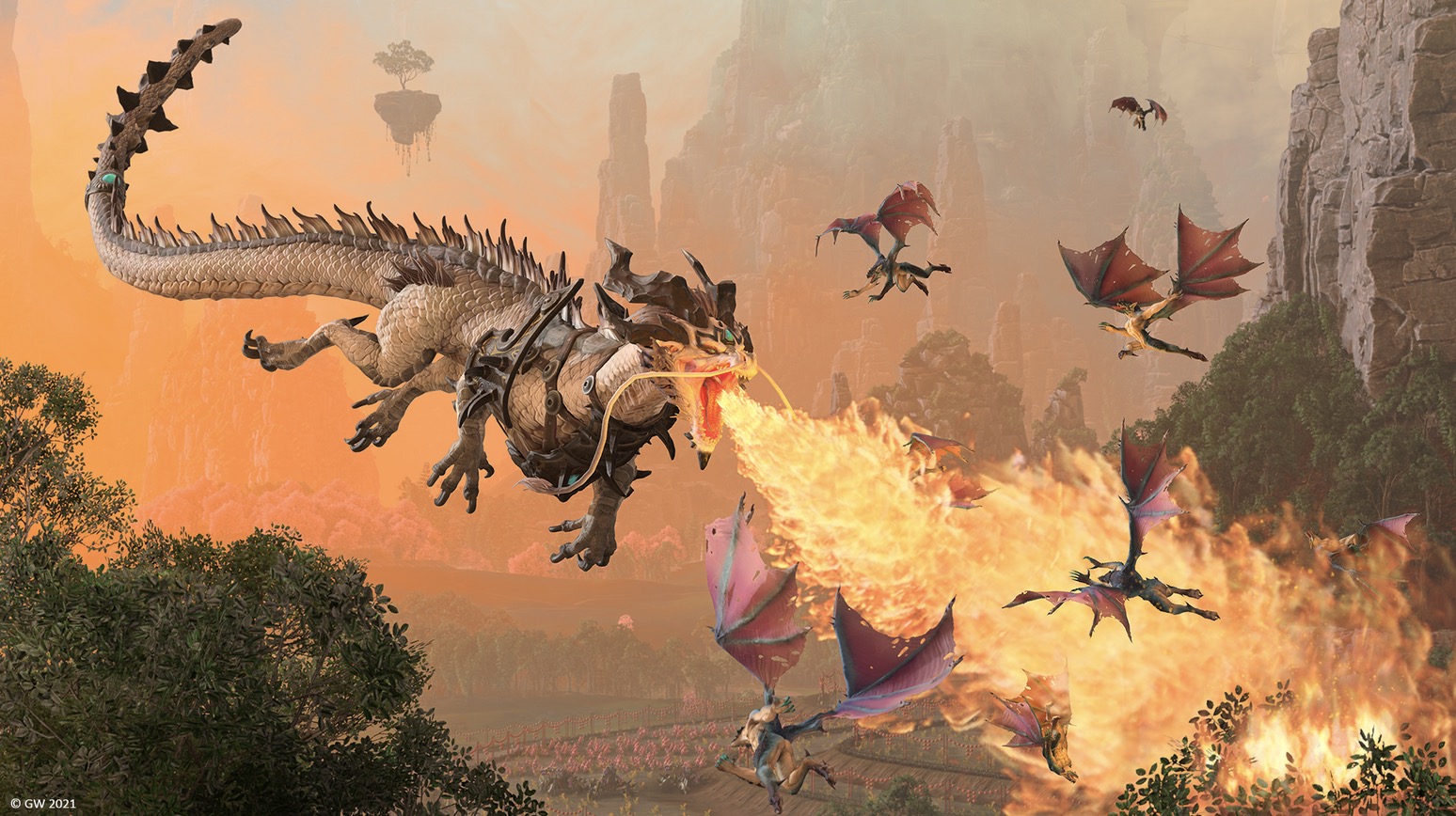 It’s a preview of new mechanics in Total War: Warhammer III today, and things look exciting. Come and take a look at what makes Cathay tick. 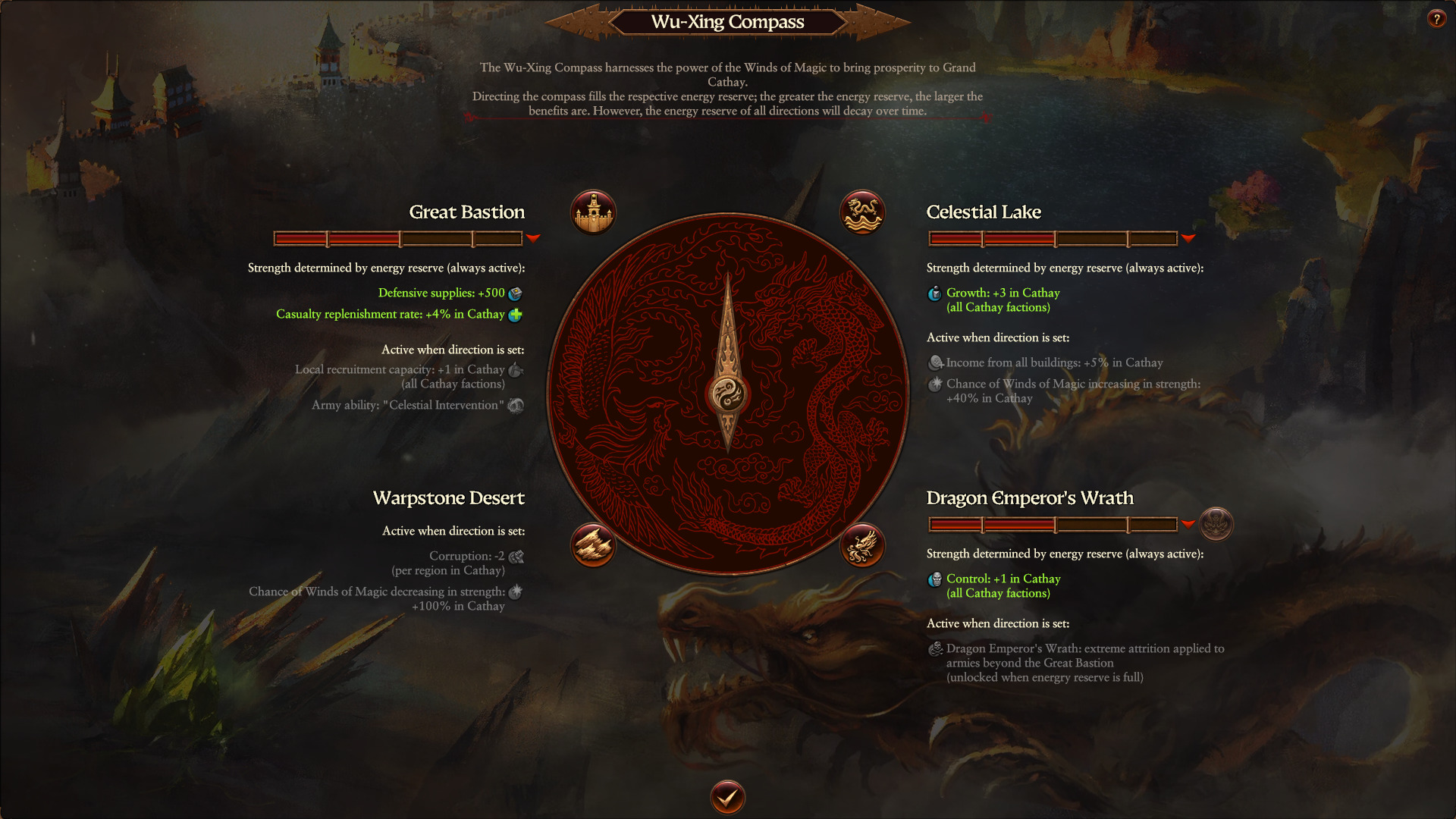 The Wu-Xing Compass is a great magical device built into the holy city of Wei-Jin, created by the Celestial Dragon Emperor to control the winds of magic within Grand Cathay. Its primary purpose is to project power to and help defend the Great Bastion when it is under threat, but the progeny of the Emperor can direct it as they wish to serve their purposes.

Whenever the Compass is directed to one of its four points, that area begins to fill with magic. Most provide a faction-wide buff that is always active, with another that is only available when the compass is pointed its way. As that area fills with magic, the passive ability grows in strength. However, if the compass is pointed elsewhere, the magic in the area begins to drop, depowering the passive. This balancing act depends on your needs as well as any emergencies you may be facing, and must be chosen wisely as there is a turn limit on changing the compass again. 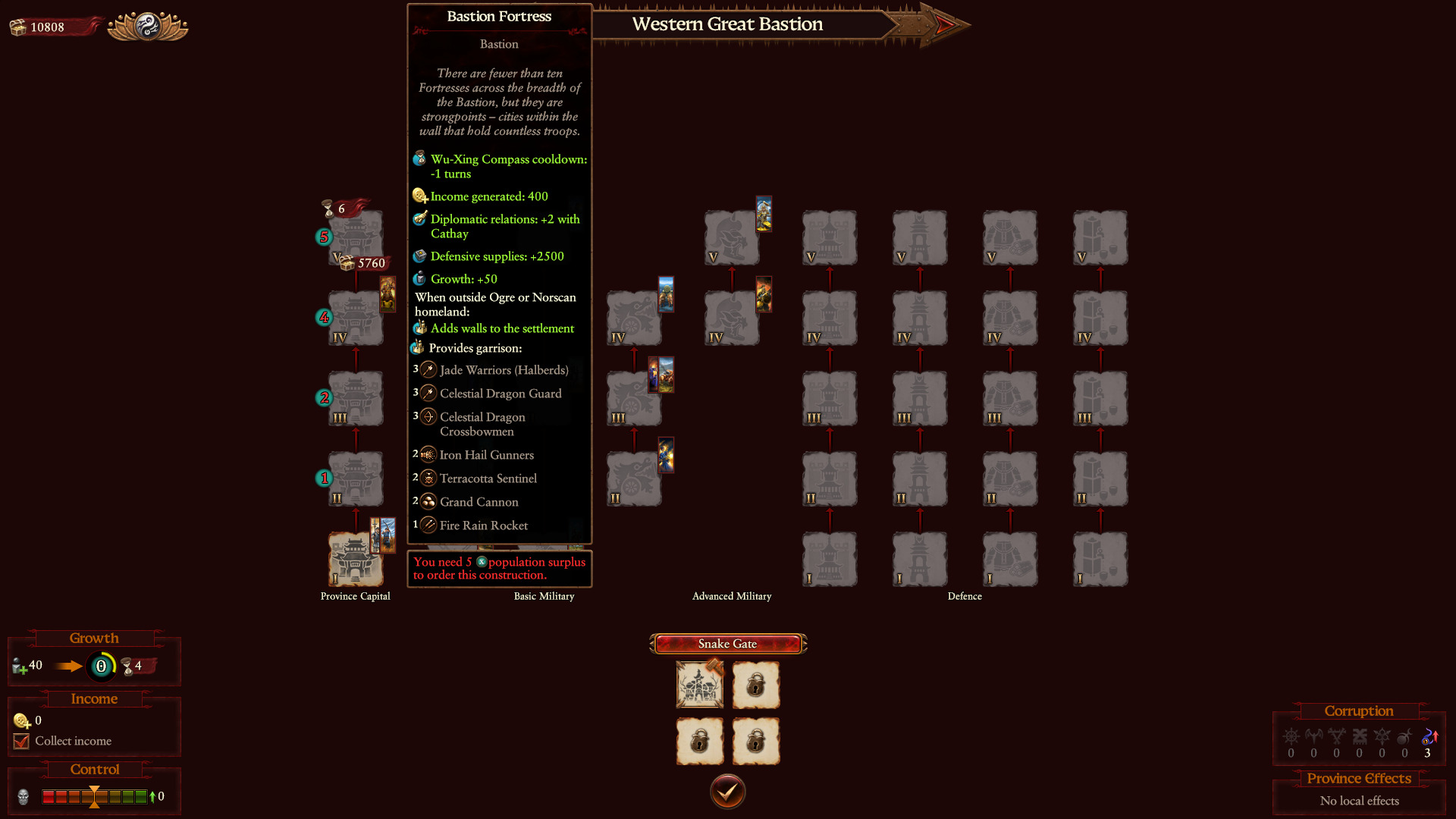 The Great Bastion takes the form of a massive, impassable wall, with three gates that must be controlled and held by the forces of Grand Cathay. Chaos forces are constantly attempting assaults on it, but the larger ones come from a slow buildup of forces in the wastes. These must be dealt with through sallying forth or preparing your defenses with commandments at each gatehouse, if you hold them.

Threat to the Great Bastion is tracked through a meter at the top of the screen, which fills as Chaos prepares an assault, and descends if they are defeated. Keeping the threat low, and reaching zero, are looked on favourably by the Celestial Dragon Emperor, who will reward those who do so. Allowing a breach, as well as earning his ire, means Chaos is now rampaging through the soft heartland of Cathay, a recipe for disaster. 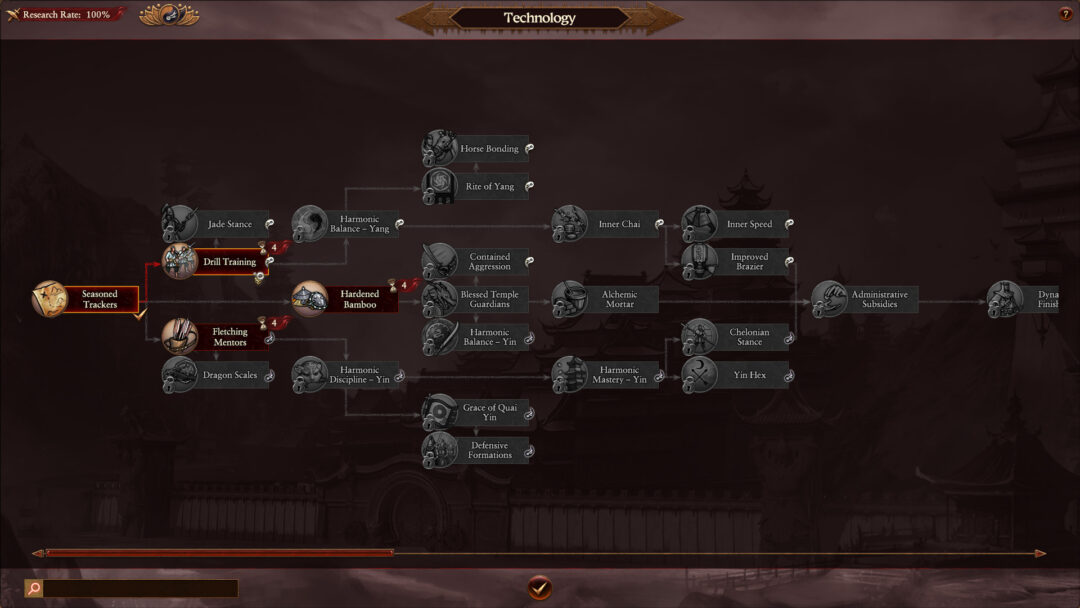