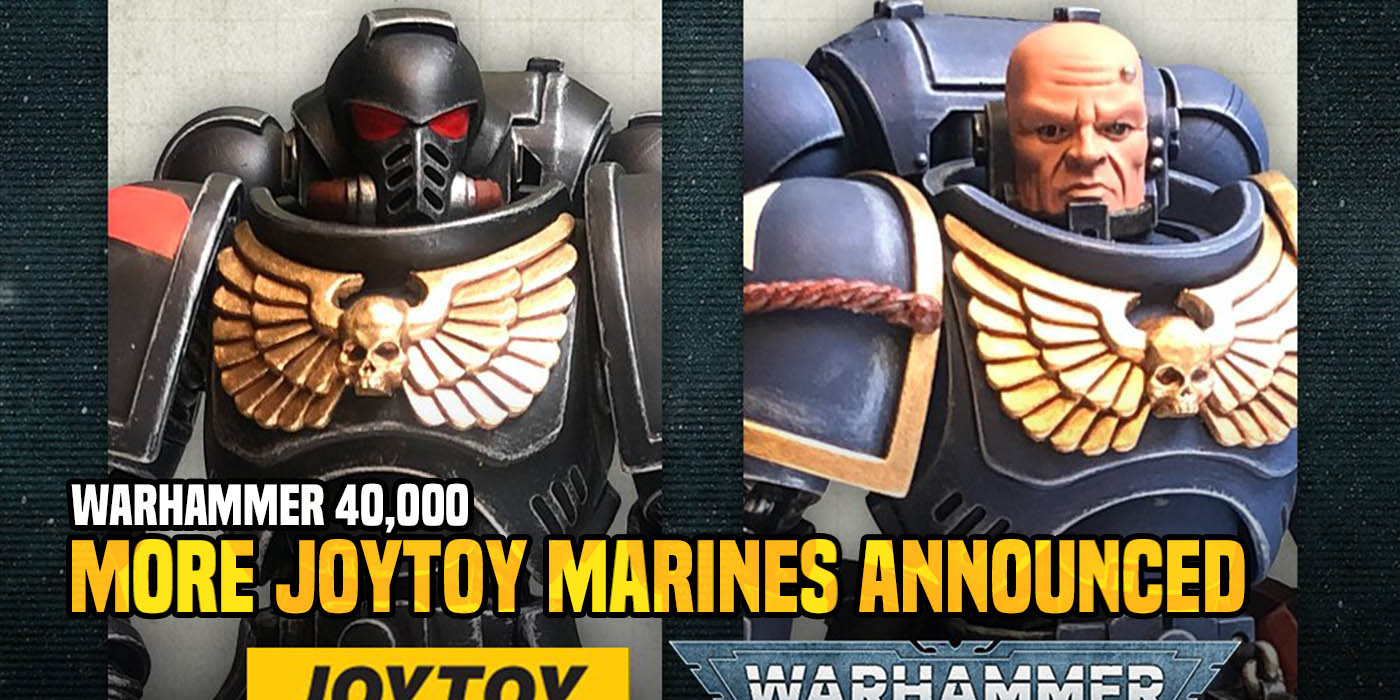 Games Workshop and JOYTOY are teaming up again to bring us some fantastic new action figures – check out these Primaris Marines!

The first wave of JOYTOY Vanguard Space Marines went over pretty well. So well that another round of them are on the way – and this wave has come big surprises.

“A squad of four Intercessors comes from the Ultramarines, loaded up with their signature Cawl-pattern bolt rifles and an arsenal of accessories. Each Space Marine has two heads – with and without helmets, in case they need to feel the breeze through their hair – and the Sergeant totes his trusty Astartes chainsword.” 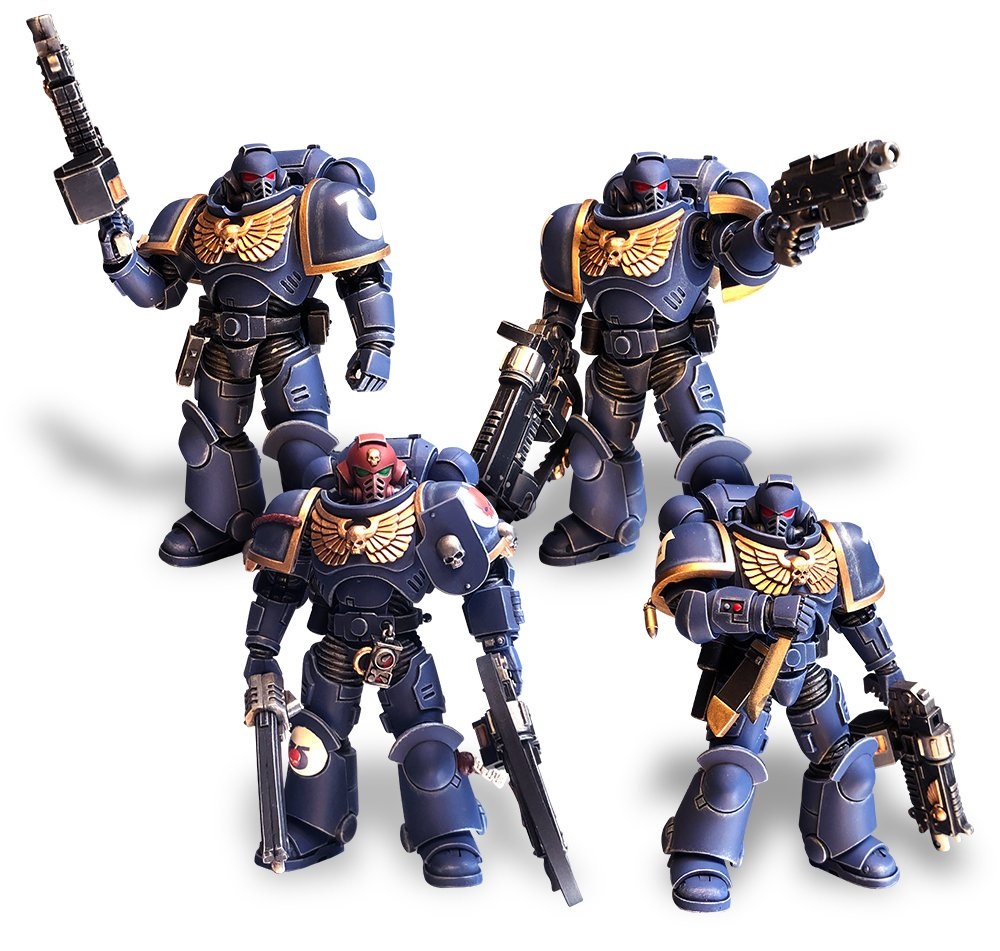 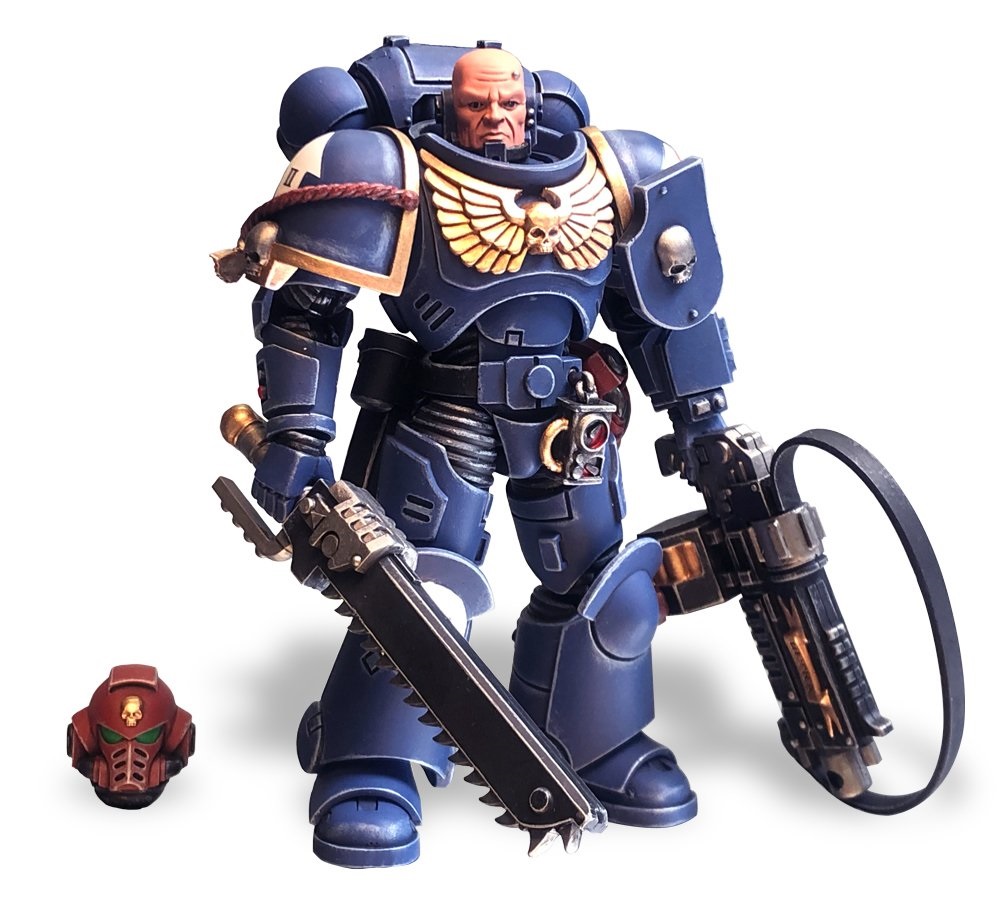 Yep! That’s right, it’s a JOYTOY sized unit of Primaris Intercessors. And just like the previous batch they are “10cm (4.75”) tall and feature 25 points of articulation” and they come fully painted and ready for action. They are looking pretty impressive! But they aren’t alone…

“It’s not just the Ultramarines joining the fight. The Blood Angels have dispatched their own Death Company Intercessors. Decked out head-to-toe in their signature black armour and red crosses, they cut a striking figure.” 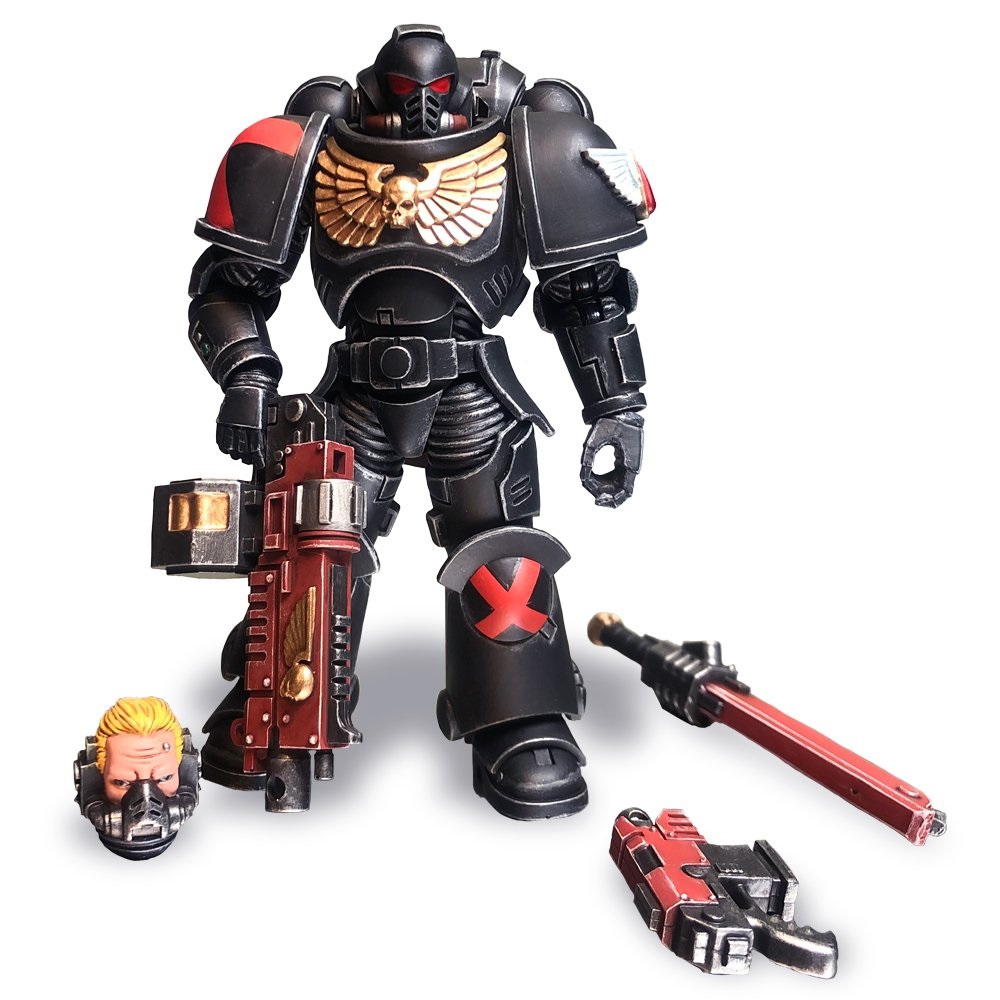 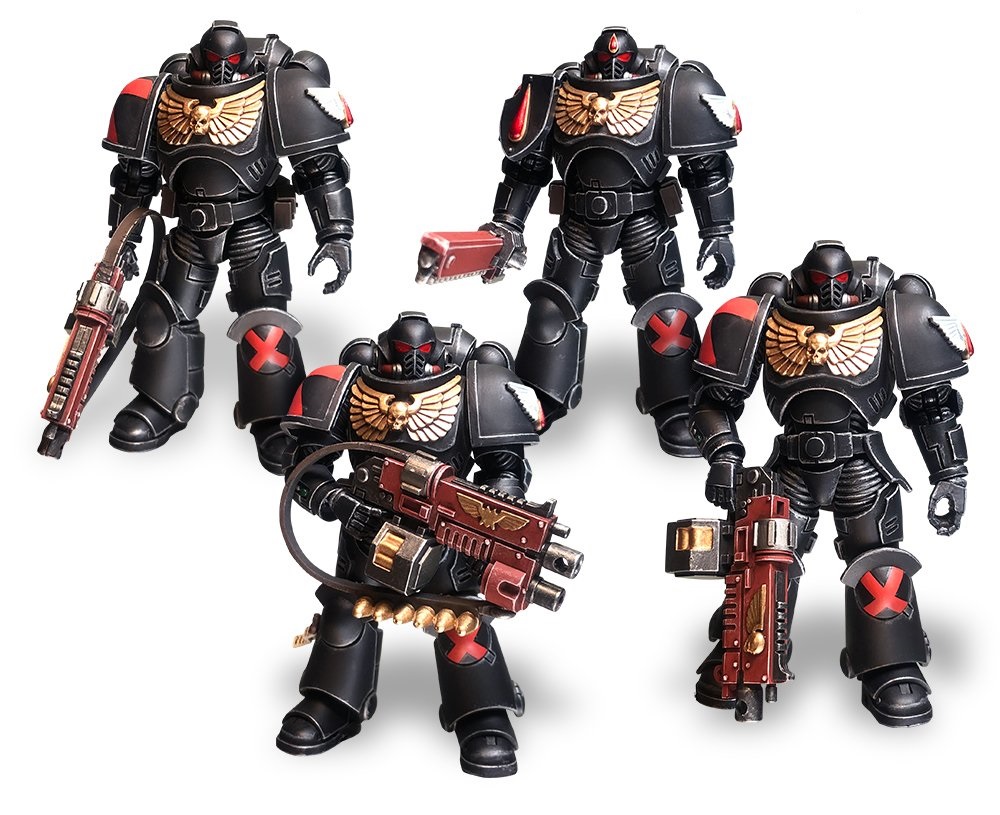 Alright, I’m in. You almost had me last run, but Death Company? JOYTOY is pushing all the right buttons this time. Now I kind of want to go back and get my hands on the previous wave, too. Dang it – that’s how they get you! Anyways, yes these toys look sweet! And now that we’ve got a couple variations, I’m getting excited to see what else they do. Speaking of ‘other’ things they could do… 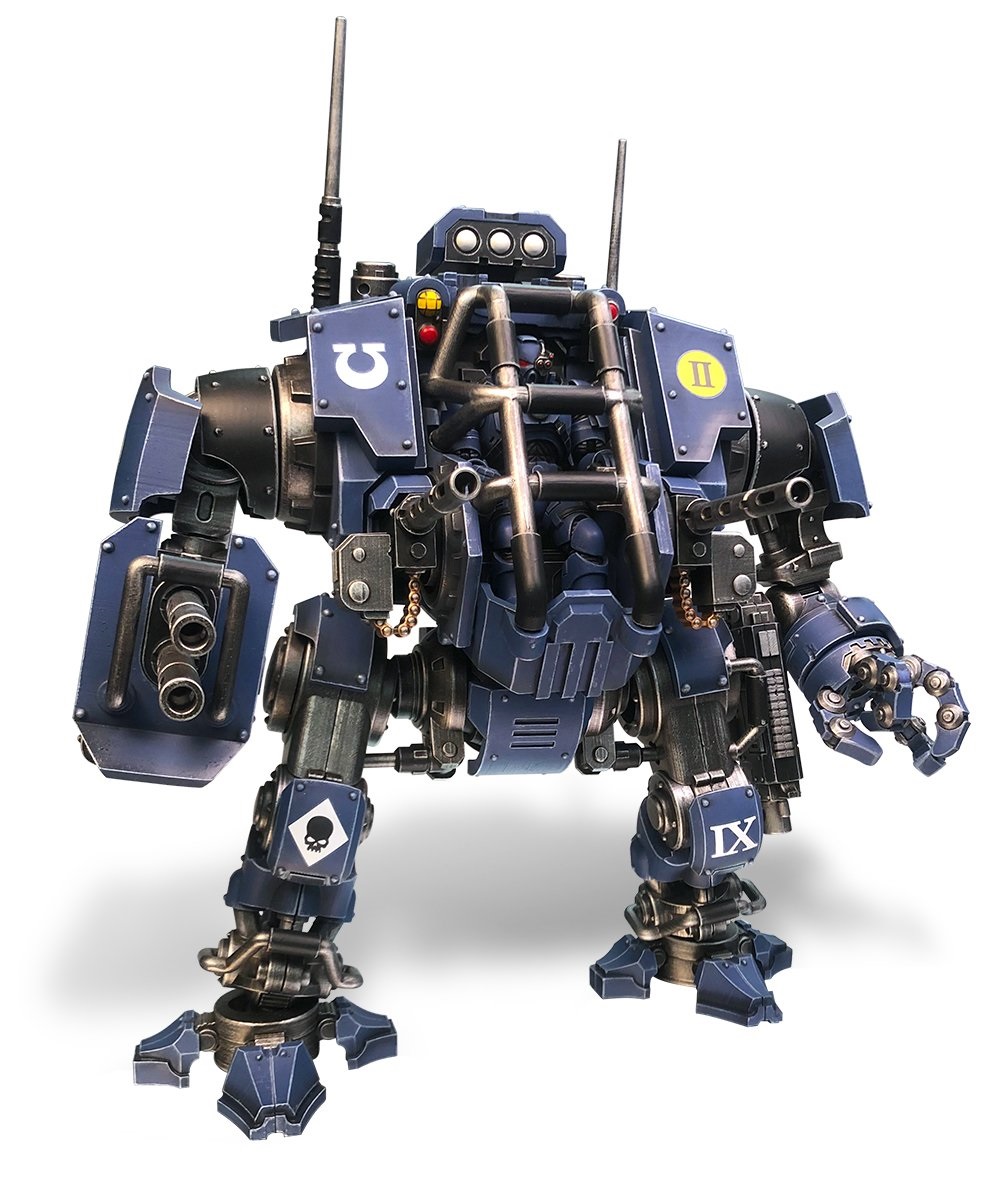 YES! Alright, that’s just plain awesome. And is that a full sized Space Marine riding inside?! Oh man look at the details of this thing. My GI Joes would be so jealous right now.

In all seriousness, can we upscale some skirmish rules for these models and build some terrain kits to play with them on? I think I still have my Inquisitor Rulebook lying around somewhere… Man, if only these had been an option back when that was still a game that was supported by GW. 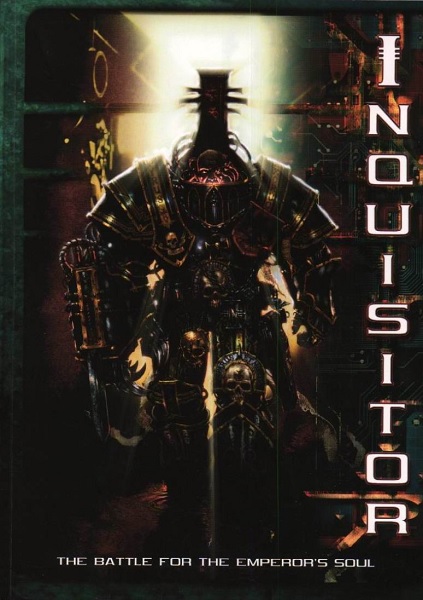 JOYTOY Scale Marines with the Inquisitor rules? Okay…I’ve got an idea.