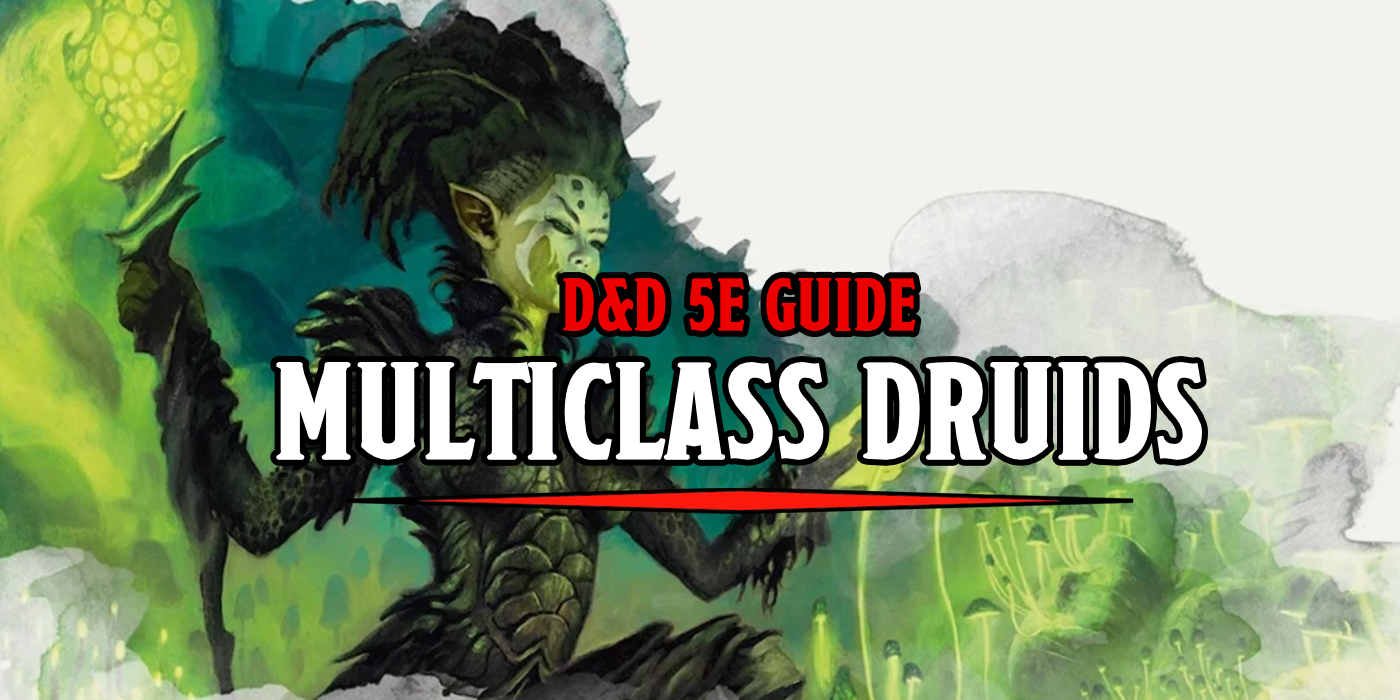 Multiclassing in D&D is a great way to add depth to your character. Diversify your druid with this 5E Druid multiclass guide.

Druids are a class that can do it all. In choosing a Druid, players have divine magic that takes to a more wild, natural feel, and an array of shapeshifting powers that allow them to do pretty much anything they set their minds to.

But when it comes to multiclassing, things can get tricky. Druids aren’t, by their nature, multiclassers– especially the popular Circle of the Moon.

5E Druids benefit from every level they can. But some of the other options can get quite powerful if you combine them with a level or two of another class.

Multiclassing as a Druid is worth thinking long and hard about. One of the most popular arguments against a Druid multiclass? You miss out on the 20th level capstone, which is unlimited uses of wild shape.

But, when was the last time you made it to level 20?

There’s another popular argument against it that’s a little more substantial, though. Every level you take as a non-Druid puts off some of your combat shapes. And those points are valid. Druids, like Monks, gain a lot from focusing on what they’re doing.

Even with all of that in mind, there are some powerful and easily accessible Druid combinations. The trick when multiclassing is to look at what your character is doing. And as a Druid, that’s especially important.

A good 5E Druid multiclass build is all about specializing. The most popular options are either specializing as a healer or a tank. If you want to get really wild, you can specialize as a powerful support spellcaster– and all without needing too many levels in either class.

Druids and Barbarians can make for an incredibly resilient tank and fighter build. It’s also one of the few pairings that plays well with Circle of the Moon. Even a single level of barbarian is enough to benefit a druid in beast (and specifically bear) form.

You get unarmored defense, which helps buff your AC as a wild animal. And you also get rage, which grants you resistance. That will stretch out your already large pool of extra hit points from your wild shape form.

If you take three levels of Barbarian, you’ll delay your access to having your natural attacks count as magical weapons. But it’s worth it to pick up Path of the Totem Warrior (and specifically Bear Totem). When you rage, you gain resistance to all types of damage except for psychic damage.

By 5th level, you can become a brown bear with resistance to everything except damage. You’ll be able to deal extra damage as a part of a rage, and you’ll have a boosted armor class. After about 3rd level, your Barbarian should drop off as you get more from being a Druid.

It might be worth pushing to 5th as a Barbarian to eventually grab an extra attack for some added beast-mode power. And there’s something to be said for a Circle of the Spore Druid, but we’ll get to that in a minute.

Druids and Clerics make an extraordinarily powerful healing combo. As a Druid, you’ll have access to some of the most efficient healing spells in the game. And if you combo that with even one level of Life Cleric, you gain access to disciple of life. That will make your healing spells even more effective.

The classic play is Goodberry. Thanks to the class feature, it goes from healing 1 hit point per berry to healing 4 hit points per berry, giving you 40 hit points worth of healing from a single 1st level spell. And yeah, that blows all of the other 1st level healing spells out of the water.

And that’s just the start. Since Druid and Cleric are both wisdom casters and full spellcasters, you don’t really lose out on spell level progression. You’ll have to figure out which you want to do more, but typically you’ll only need two or so levels of cleric to kick off your build. The rest is to taste.

Druids and Bards make for a surprisingly strong support caster. If you like the idea of having a spell or two on hand to buff your allies but don’t want to spend every action you have on healing, then this might be the combination for you.

It’s a weird one, as far as combos go. But if you want to have some good social interaction, you’ll need both Charisma and Wisdom at 13+ to multiclass in the first place. On top of that, if you take a Bard’s expertise in persuasion and insight, you’ll be the ultimate face as well.

But where this pairing really shines is in its magical abilities. Circle of Stars and Circle of the Shepherd are perfect matches. They enhance your spell lists with spells like guidance or invisibility while also picking up a Bard’s spells. Both the College of Lore and College of Eloquence make for excellent pairings.

Druids of the Circle of Spores play differently from other Druids. Like the Hexblade Warlock, they radically change what you try to do with the class. That’s why they get their own category.

If you’re playing a Druid of the Circle of Spores, you’re blending magic and melee in equal measure. The primary benefit of a Circle of Spores Druid? The ability to use your wild shape to awaken your spores. They’ll let you deal extra damage when you attack with a melee weapon or when a creature moves near to you.

This powers builds that focus a little more on getting into combat. Especially since you can wreak havoc as a melee character who can, at higher levels, raise their fallen enemies as undead allies with a reaction.

With that in mind, there are a few 5E Druid multiclass options suited to the Circle of Spores Druids.

CoS and Fighters make for a great pairing. As a Fighter, you’ll get fighting styles that open up many more options for your Druid. You can focus on Strength while Wisdom takes a backseat, allowing you to fight well. Or you can just use Shillelagh to pump Wisdom.

Whatever you pick, you’ll find opportunities to deal melee weapon damage. Three levels of Fighter gets you a subclass, and Battle Master or Rune Knight give you plenty of options in melee. That means you can always be doing something.

And once you hit Druid 6 Fighter 3, it’s absolutely worth it to take another two levels of fighter for extra attack. This gives you even more chances to trigger your necrotic spores.

CoS and Rangers also make for a powerful combo. As a Ranger, if you can take Favored Foe and a Fighting Style instead of favored enemies, it’s absolutely worth it to pick up Two-Weapon fighting so you can stretch your necrotic spores even further.

Add in Swarmkeeper Ranger for three levels or so and you’ll get yet another aura. Once per turn, when you hit a creature, you can deal 2d6 extra damage (necrotic and piercing) with auras that just keep going through the whole fight and don’t take many expendable resources.

CoS and Barbarians are in a league of their own. Path of the Ancestral Guardian will make you extremely tanky, and you’ll have temporary hit points and resistances to spare, making you hard to kill.

Ancestral Guardian ensures that anyone attacking a target other than you is at disadvantage. Of course, Path of the Totem Warrior is hard to say no to with its Bear totem resistances to all but psychic damage while you rage.

Author: J.R. Zambrano
Bell of Lost Souls Staff Writer and DM, J.R. covers RPGs of all stripes and on occasion eats sandwiches. You can ask him about either at [email protected]
Advertisement
Dungeons & Dragons How to Play RPGs Wizards of the Coast
Advertisement 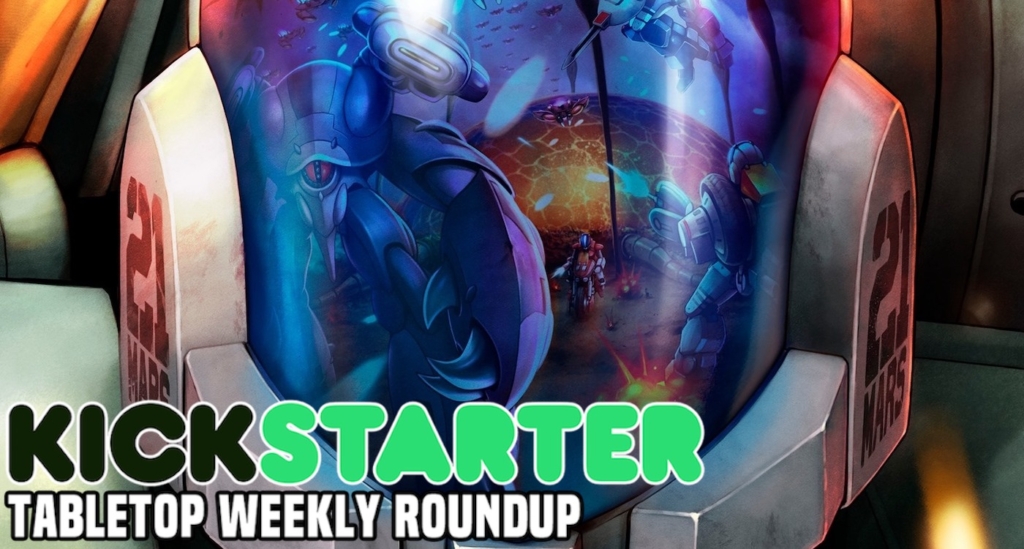