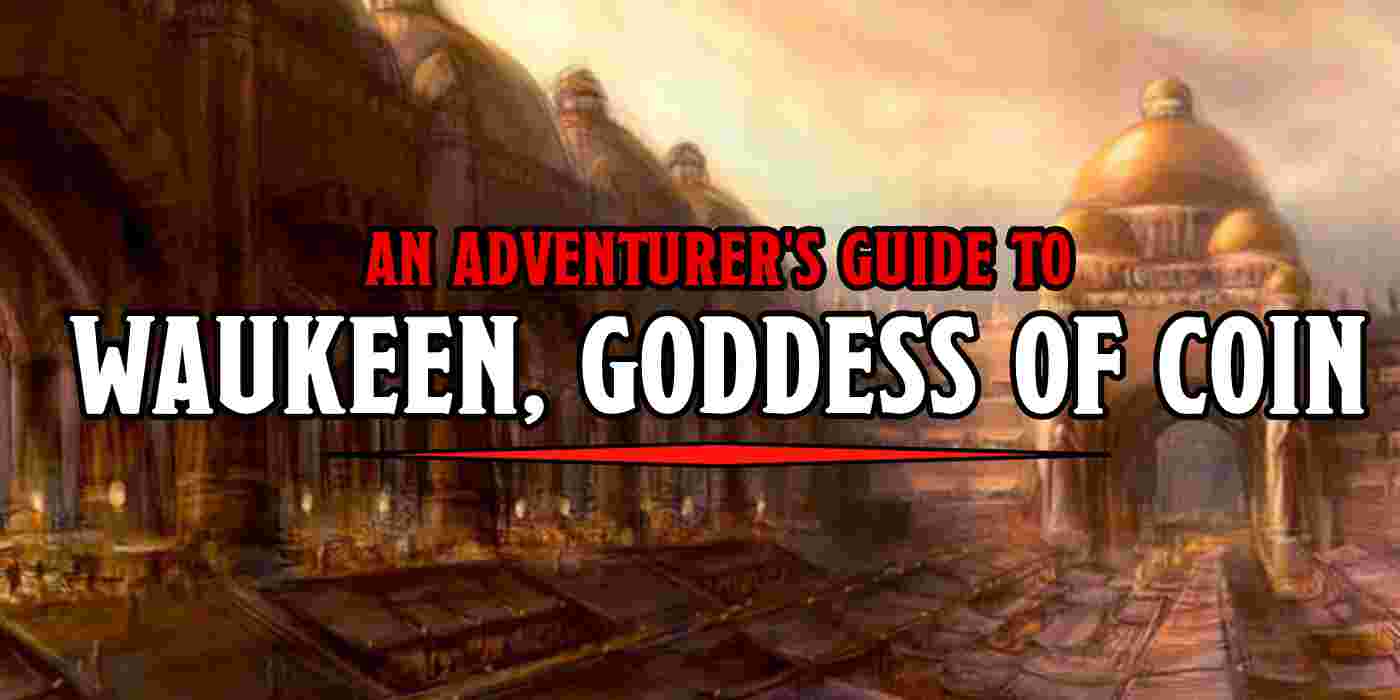 Waukeen is the patron goddess of commerce, wealth, fair trade, and civilizations. So, basically, the perfect goddess for Black Friday and Cyber Monday.

Waukeen is the Forgotten Realms mercantile goddess. Known as the Golden Lady, Waukeen is one of the more enthusiastic goddesses, who is said to enjoy the ebb and flow of goods via commerce. She’s the kind of deity that sees the hustle and bustle of a marketplace as a thrilling place that breathes life in the community. 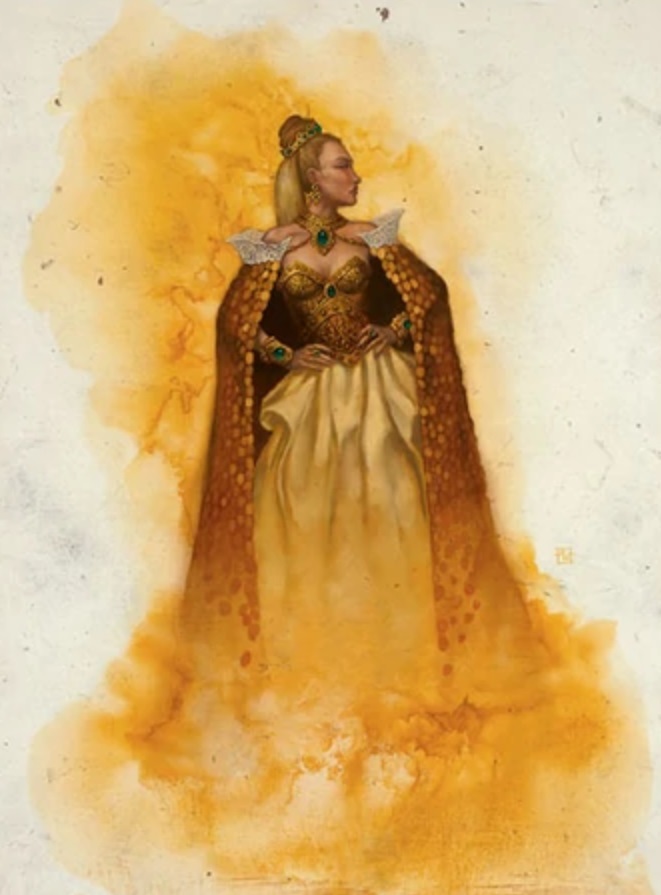 So where exactly does this goddess of coin and commerce come in? She’s a relative newcomer to the Faerunian Pantheon, arriving on the scene after Tyr did, which means sometime after -247 DR–so barely even a millennia and a half or so, and her early time in the pantheon was marked by incredible turmoil. The Time of Troubles, when the overgod Ao, lord of the deities, cast out almost all of the Faerunian deities, banishing them to mortal forms, Waukeen fared decently well at first.

She met with Lliira, the goddess of joy, and the two were fast friends. Together they hatched a scheme to return to their rightful place, seeking to climb the Celestial Stairway and bribe Helm with his “heart’s desire.” But Helm, god of sticks in the mud, would not be swayed from his duty, and attacked the goddesses who dared to try and ascend back into the divine realms. 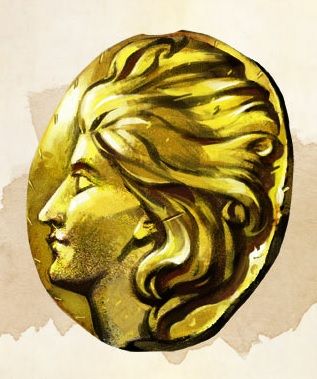 Waukeen later attempted to smuggle her way back into the outer planes, hiring pirates and criminals among all sorts of beings to take her through a circuitous route through the Lower Planes, hoping to avoid the servants of Ao. It… sort of worked. Waukeen, with the assistance of Celestian, a god from Oerth, was due to transport to the Astral plane, but could not remove Waukeen. Lord Ao had anticipated that the gods might try to escape their punishment, and had bound them to Toril with unbreakable power.

So Waukeen, never one to understand the sunk cost fallacy, gave up her power and portfolio to Lliira, hoping that becoming truly mortal–giving up her divinity–would allow her to leave the world. To her credit, it worked, and from the Astral Plane, Waukeen bargained with the demon lord Graz’zt, granting him the location of secret treasure hoards and information that would aid him in the Blood War in exchange for safe passage through the Abyss.

Naturally, Graz’zt betrayed her at the first chance he got. He detained her and cooked up a scheme that would be worthy of a phantom menace, delaying her with contract negotiations, all the while working to raise his daughter Thraxxia to be the perfect Waukeen impersonator, hoping that she would return to Faerun and become the new goddess of wealth in Waukeen’s stead. 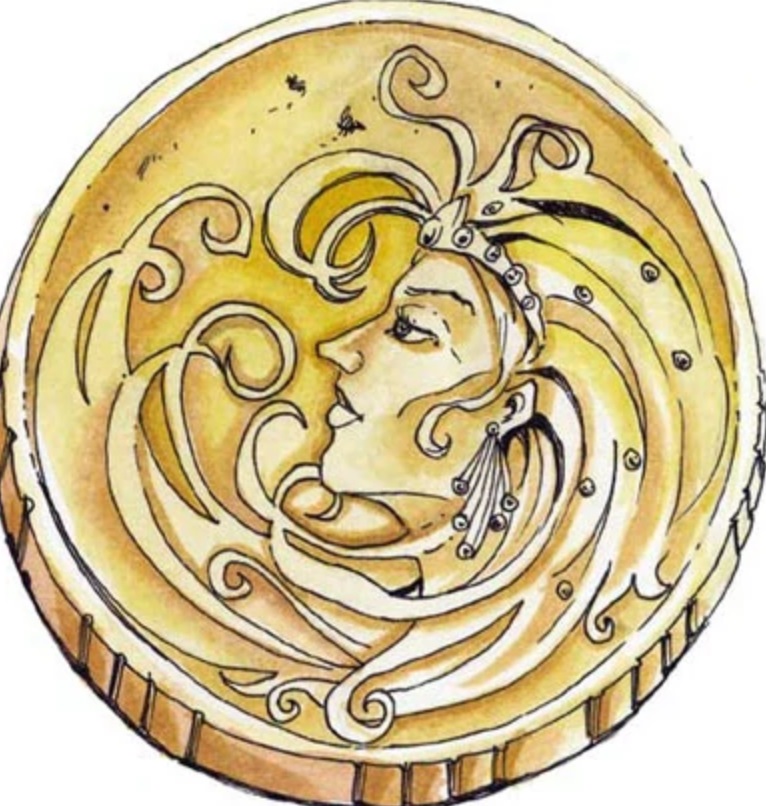 Graz’zt cooked up needlessly complicated schemes to keep Waukeen’s location secret, but all in vain, because no one, not even Lliira, who was holding her power, knew what had happened to Waukeen after she disappeared into the Abyss. Even after the Time of Troubles and the Godswar, Waukeen’s faithful could receive no guidance or powerful spells from their Golden Lady.

Lliira intervened, stepping in as regent for Waukeen’s worshippers, until such time as the goddess was located. After twelve more years, one young priestess received dreams of the goddess plight, and a band of adventurers set out to rescue Waukeen, finally returning her, but Waukeen’s faithful had been shaken. Many of her followers turned to Lliira, rededicating temples. And after Waukeen’s return, they did not switch back.

Their goddess had abandoned them for a scheme. And Waukeen’s faith still has yet to recover. Rumors sown by Graz’zt also weaken her faith–a heretical schism teaches that Waukeen sold her divinity off to try and finance her church. But even so, Waukeen still holds on, blessing merchants and traders all throughout the Realms.