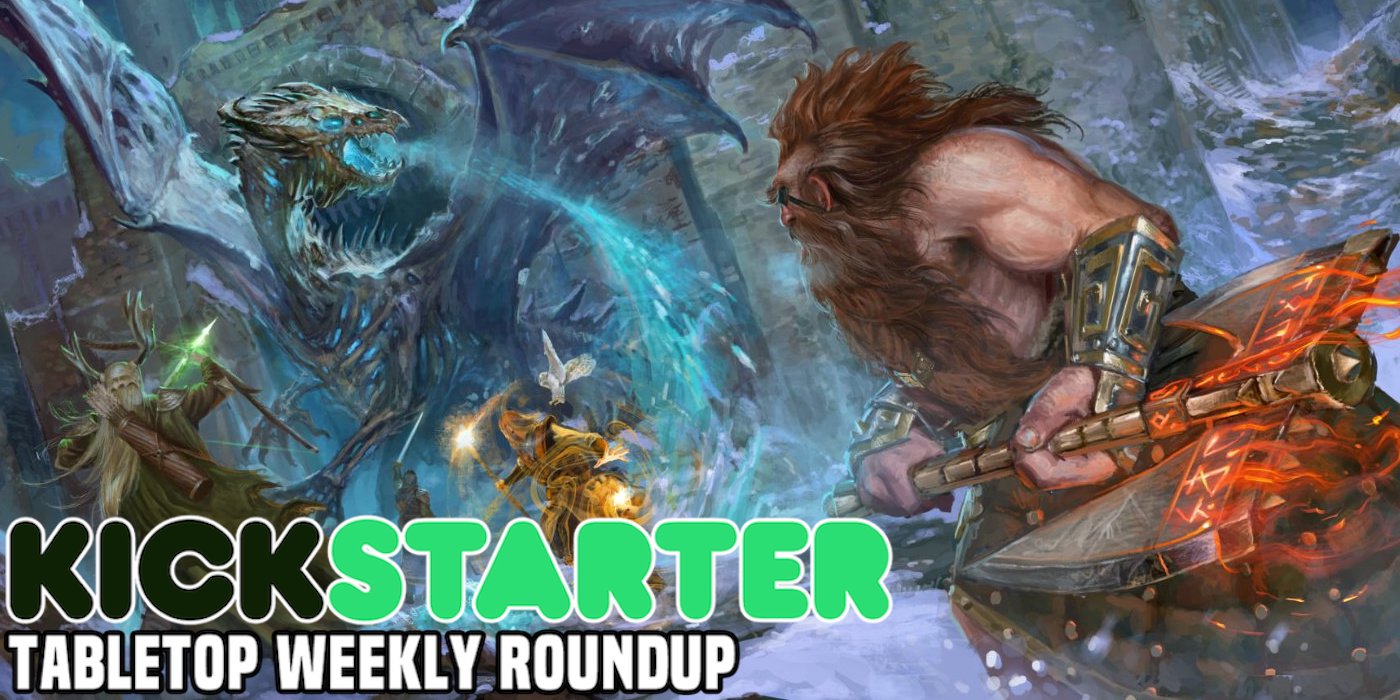 Age of Galaxy is a galactic civilization game for 1-4 players, with elements of 4X combining Euro-style building. Each player could play as an alliance combined by 3 civilizations, forming unique combos for each game.

The galaxy will be expanded along with the game progress, and in each turn, you could colonize planets, explore anomalies, research technologies, build cruisers, and much more. The game features more than 30 faction cards, each with unique abilities and traits, providing high replayability in this tiny box!

Pledges start at $29 for a physical copy of the game. Travel to Tempest Hold which is filled with incredible art. Our first book takes you through 11 different encounters that can be played as a campaign, or run as stand-alone encounters! The story starts with our adventurers returning home from birchwood vale to discover Stormguard is now in complete ruins. Travel and navigate the dangers of the realm, and ready Tempest Hold.

(This week’s header image is from this campaign.)Float

Float: From the Deep FLOAT: From the Deep is a fast-paced tabletop game where players find themselves lost at sea, battling monsters from below and attempting to outsmart and outlast their fellow survivors. With only 7 days to make it to the island in the foggy distance, it’s sink, swim, or be devoured by the next creature from the deep.

Players draw and play cards, roll dice for battling, and manage their resources and crew through their player stations. The game ends when either all members but one have been eliminated, or once all surviving parties make it to the island. They have 7 days (21 rounds) to clear and make it to the island or become shark bait.

Pledges start at $39 for the core game.

Clash of the Yokai Yokai are a class of supernatural entities and spirits in Japanese Folklore. Clash of the Yokai is a 2 or 4 player card game that holds a collection of 36 cards. Each card displays unique Yokai art alongside a biography and five measured statistics. From Fear factor, Strength, Stealth, Mythos, and deadliness.

Pledges start at $25 for the game plus stretch goals. In this [campaign] we will delve into Japanese folklore at the hands of the yokai, enigmatic creatures deeply rooted in the Japanese community. A selection of 8 creatures will form the basic set, which can be used for board games. The basic set of this collection consists of:

Each miniature has its own personalized base. All the miniatures are scaled 32mm and 75 mm with high detail, so you can print it in any scale you want.

Pledges start at $11 for the basic set. In Shanty Hunters, your character is a sailor or scholar drawn to the sea lanes to document shanties – even though doing so angers the campaign’s villain and imperils your life and the lives of your shipmates. You are defined by your Profession and your Drive.

The book presents twelve example Professions compatible with disappearing to sea for months at a time: from client scholar to spy to three different kinds of sailors (pollywog, shellback, and mate). Your Drive is what compels you to continue documenting shanties, even though doing so endangers you and everyone around you. The book presents ten examples from occultism to naiveté to romanticism.

Creating characters is fast and easy, but if you want to jump right into play, the book presents six pregenerated characters, all of them bold and strongly-written.

Author: Mars Garrett
Pop culture staff writer that has been on the BoLS team since 2010. Contributor on the One of Us podcast. Marvel, Vertigo, Batman, and dystopian sci-fi fan. Enjoys bad movies, amazing stunt performances, and the internet. Hates rom-coms. (she/they)
Advertisement
Board Games Card Games Kickstarter Miniatures RPGs
Advertisement

D&D Monster Spotlight: Rust Monster Is More Interested In Your Armor Than You 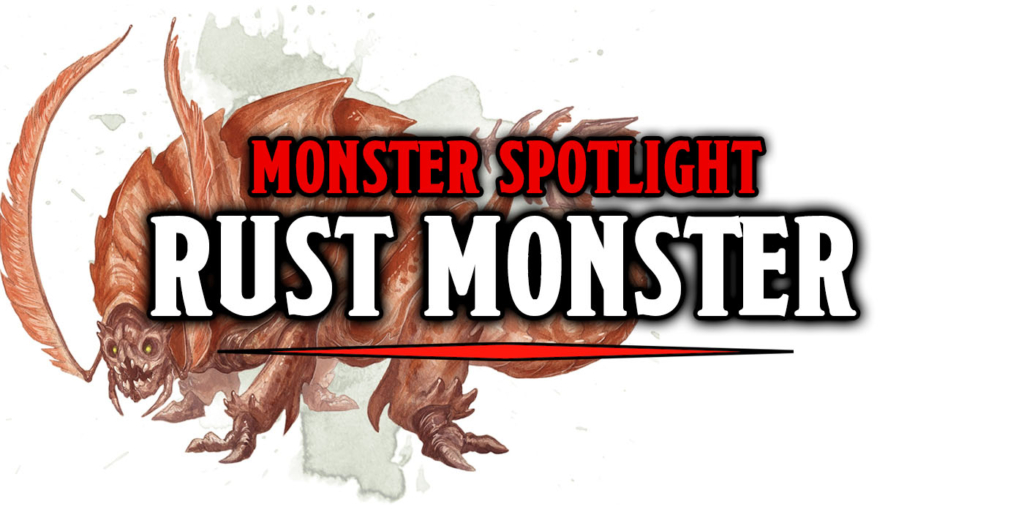