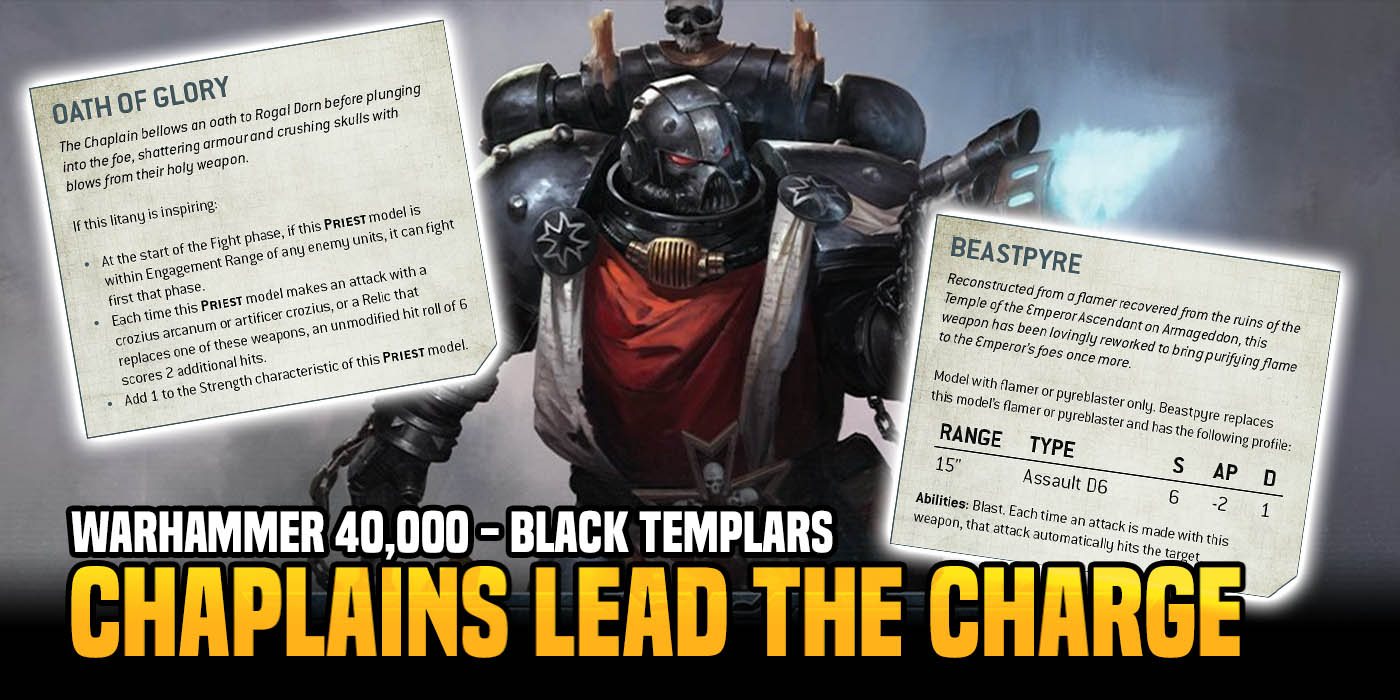 While just about every Space Marine Chapter has Chaplains on duty few are as fervent as the Chaplains of the Black Templar. As many old school fans of the Chapter can attest to Chaplains were bastians of faith for the army and also provided quite the punch in a tight package. They are truly the Warrior-priest of the Emperor and the Black Templar’s new codex makes that even more prominent.

“While most Space Marines revere the Emperor as a great and powerful man who has rightfully earned the respect and adoration of the Imperium’s countless citizens, to the Black Templars, he is truly divine – a God-Emperor to be venerated and worshipped. This surety of faith sees the Black Templars Chaplains fight and preach with a religious fervour that is unmatched.” 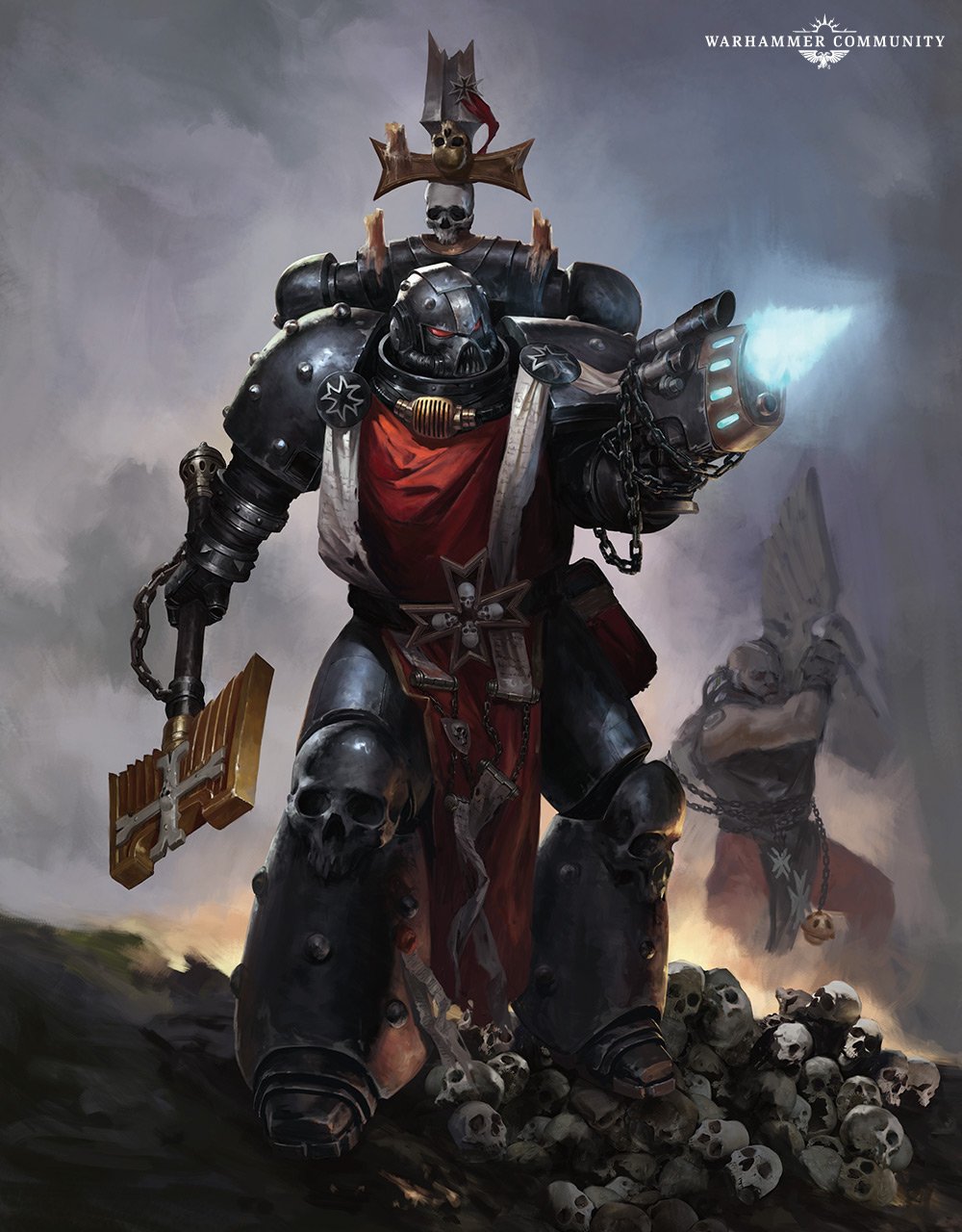 Don’t let all the flowery narrative talk fool you – Chaplains in the Black Templar army aren’t just for show. In fact, they have access to extra rules that really help put them over the top. We’ve covered some of their rules before but for the Chaplain specific rules, don’t forget about those Litanies of the Devout. These can really punish your enemies with a surprise combat monster Chaplain. 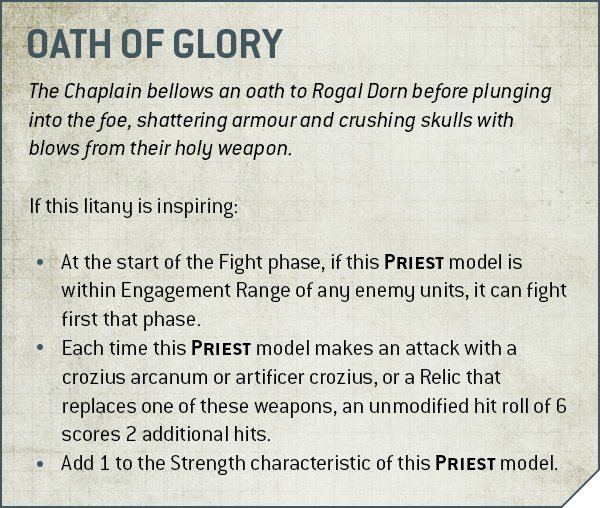 Even including a Chaplain in your army unlocks other benefits. For example, it opens up the option for Relic Bearers. These are extra artifacts you can take by paying the appropriate points cost for those and including them in units. This can give them access to special wargear like the dreaded Beastpyre: 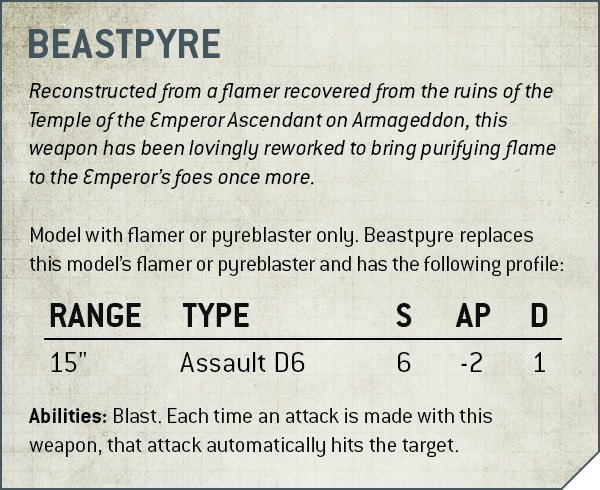 A 15″ flamer that is D6 shots at strength 6 with -2 AP and 1 damage seems like a nice upgrade! You don’t want to charge that unit…but let’s be honest, they are coming to charge you anyways. 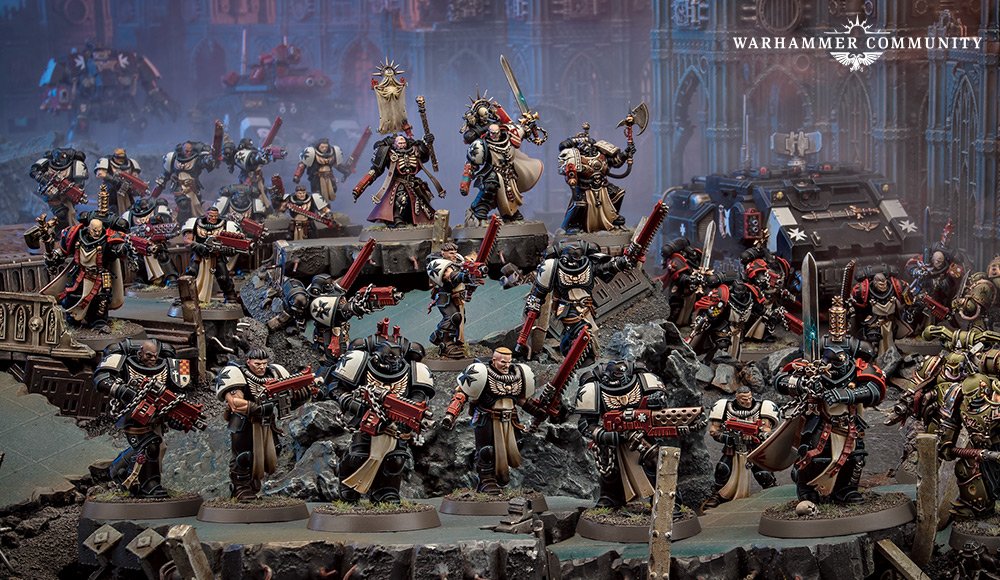 The Black Templars have a Chaplain for any occasion and your army will benefit from bringing one regardless of how you plan on using it. Just having one around will boost morale, increase faith, and ensure victory* for the Emperor’s servants!

*victory based on bringing righteous fury to the enemies of the Emperor and/or resulting in death of said enemies or glorious death in battle for the faithful. 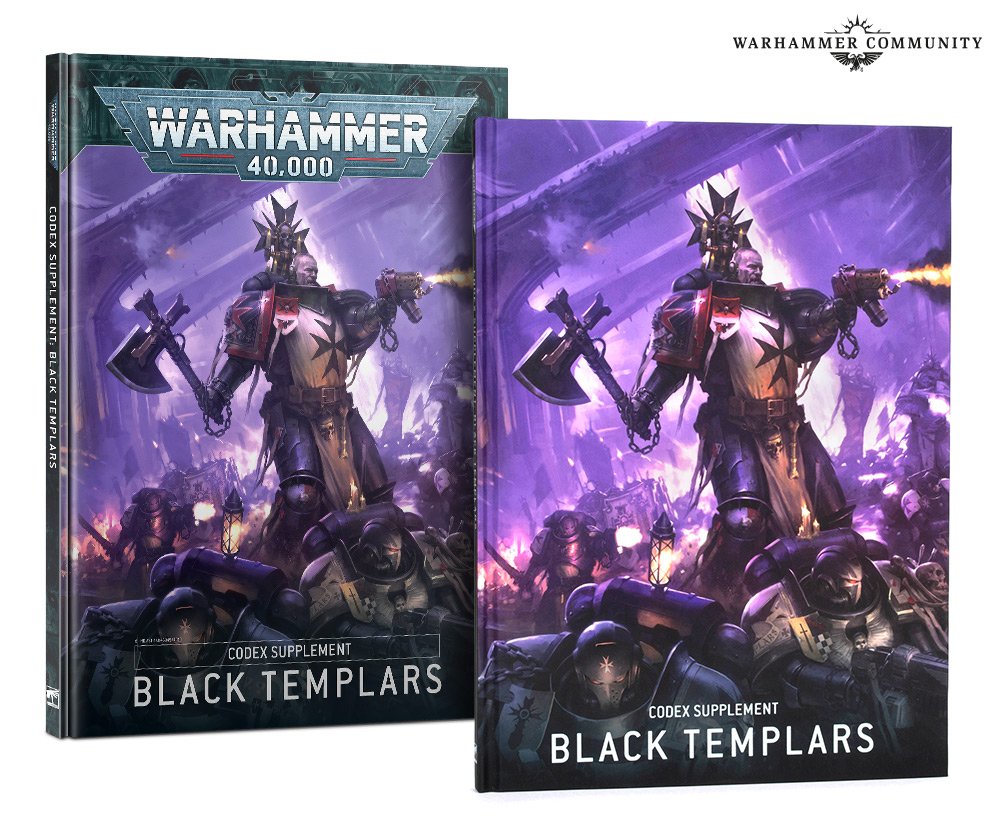 The second wave of Black Templar goodies is up for Pre-Order this weekend. Get excited!

Author: Adam Harrison
Writer, Editor, Texas Native, and Austinite for 15+ years, Adam covers all things Tabletop Gaming. Which includes Warhammer 40,000, Age of Sigmar, D&D, Board Games and everything else that involves dice, boards, cards and a table. A hobbyist, player, and collector of miniatures and games, Adam's current obsession are his Death Armies for Age of Sigmar, his Blood Angels and Tyranids for 40k, and his ever growing Arkham Horror: The Card Game Collection.
Advertisement
Black Templars Games Workshop Warhammer 40k Warhammer 40K 9th Edition
Advertisement

Warhammer 40K: Why Marine Players Should Be Excited For Black Templar 'Wave 2' 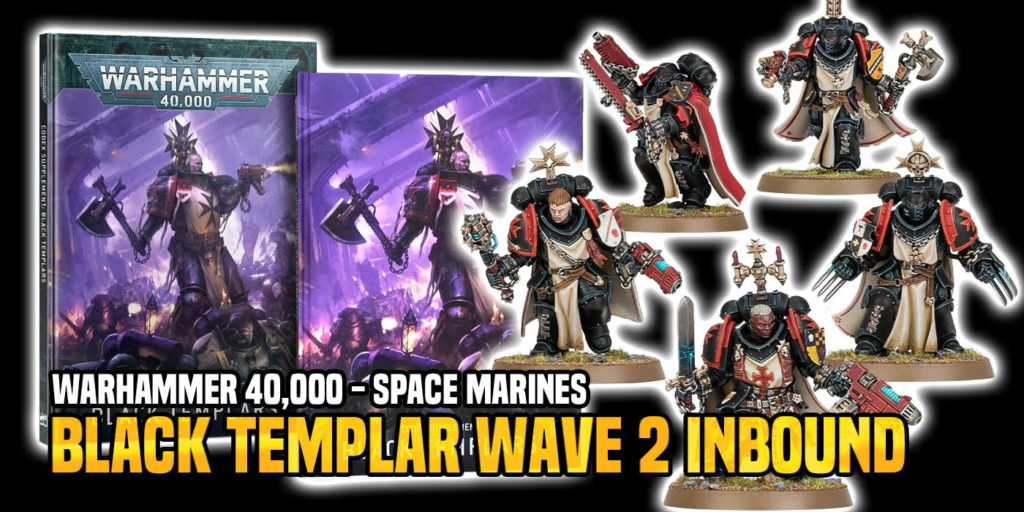