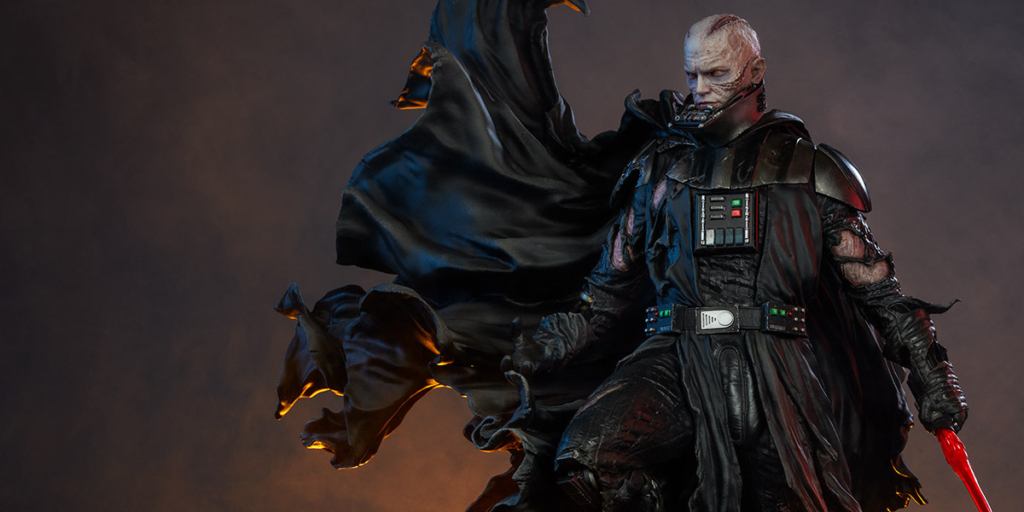 The dark side of the force is strong with this Darth Vader Mythos statue from Sideshow.

Anakin Skywalker was supposed to bring balance to the force. Instead, he turned to the Dark Side. He became a Sith and enforcer for the Galactic Empire.

This two-foot-tall statue features the Star Wars villain in the midst of battle. His armor is torn and damaged, but his lightsaber is drawn and at the ready. He stands atop the flaming wreckage of a Rebel X-Wing engine and stares down his enemy. Two portraits are included, one with Vader’s signature helmet and one bare head that shows how far Anakin has fallen to the dark side.

The Collector Edition Darth Vader Mythos Statue from Sideshow features a fully sculpted costume recreating both the intricate hardware of his cybernetic life support systems and the dynamic, flowing movement of his windswept robes and cape. Darth Vader’s robes also feature striking paint applications that reflect the glow of the flames and the red lightsaber in the figure, adding depth and dimension to the scene. 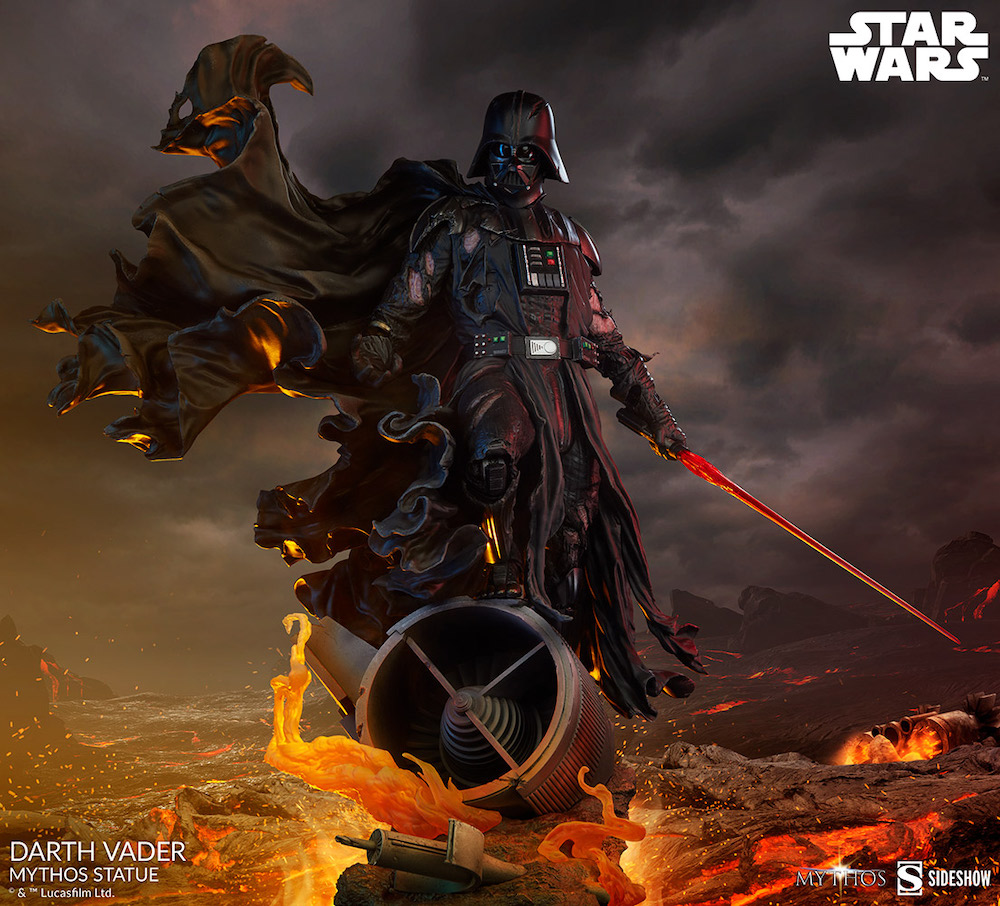 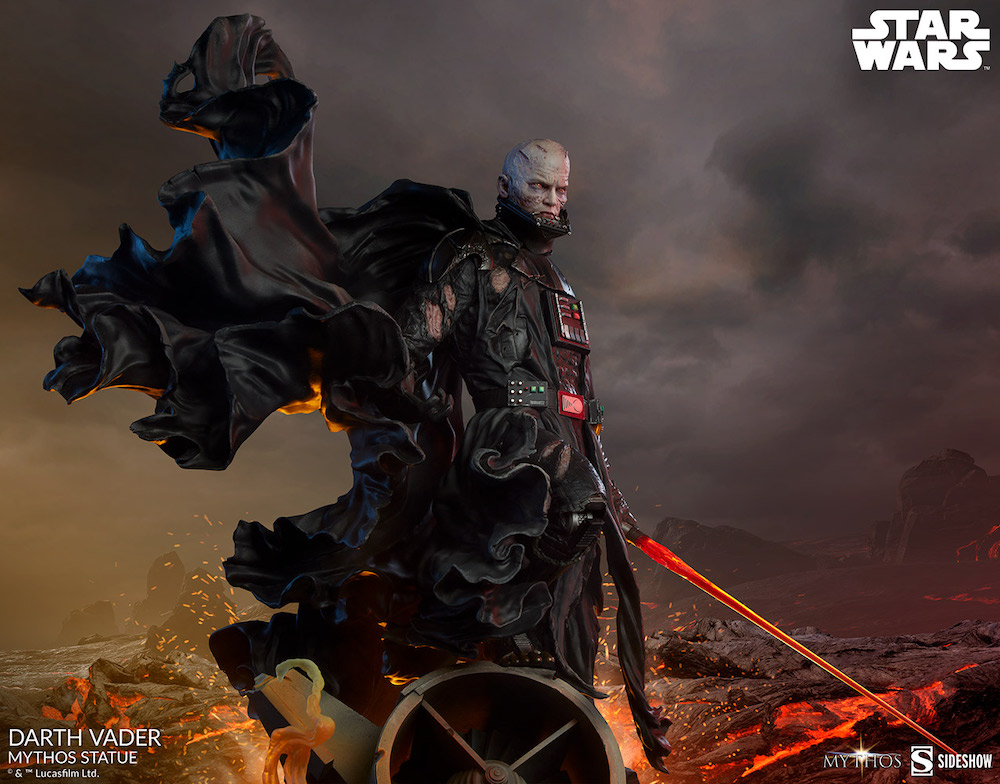 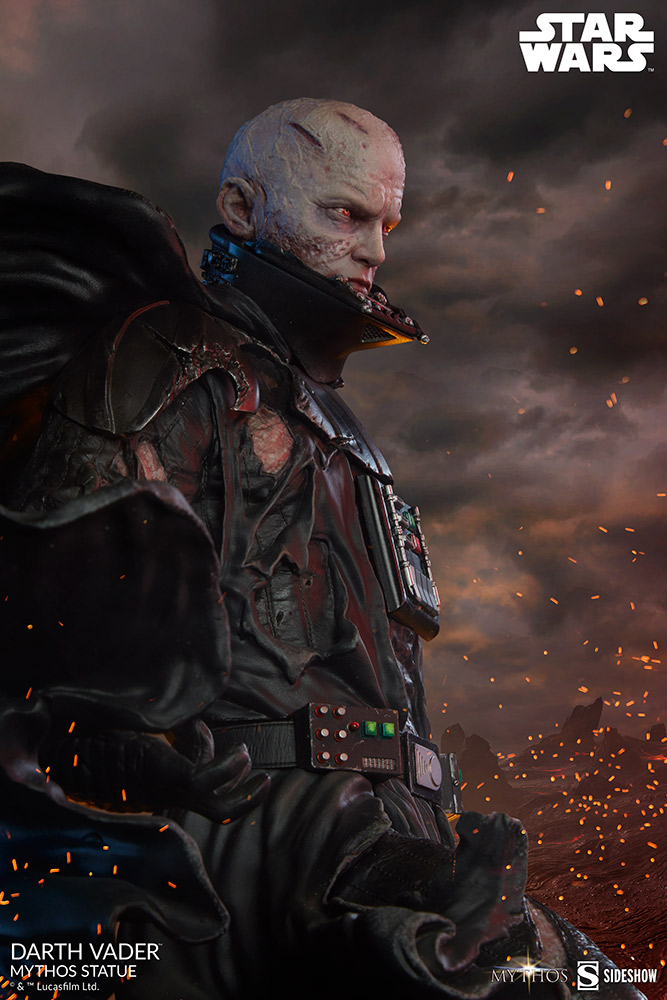 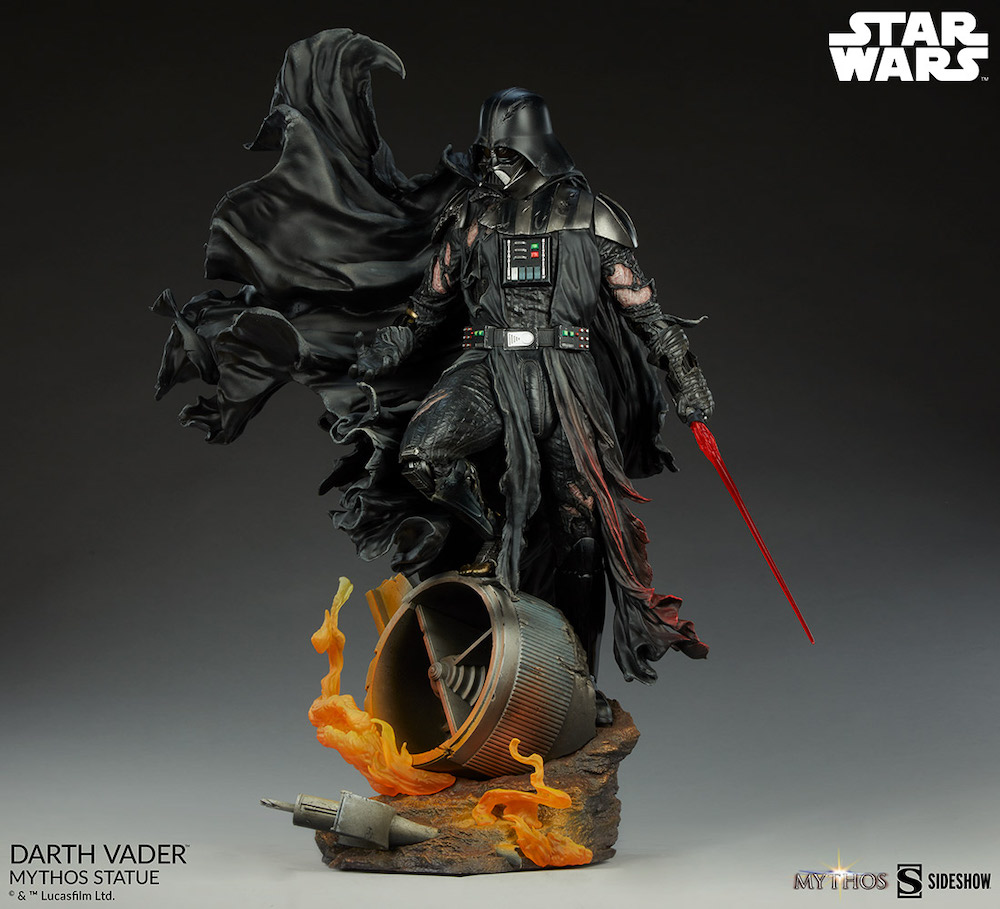 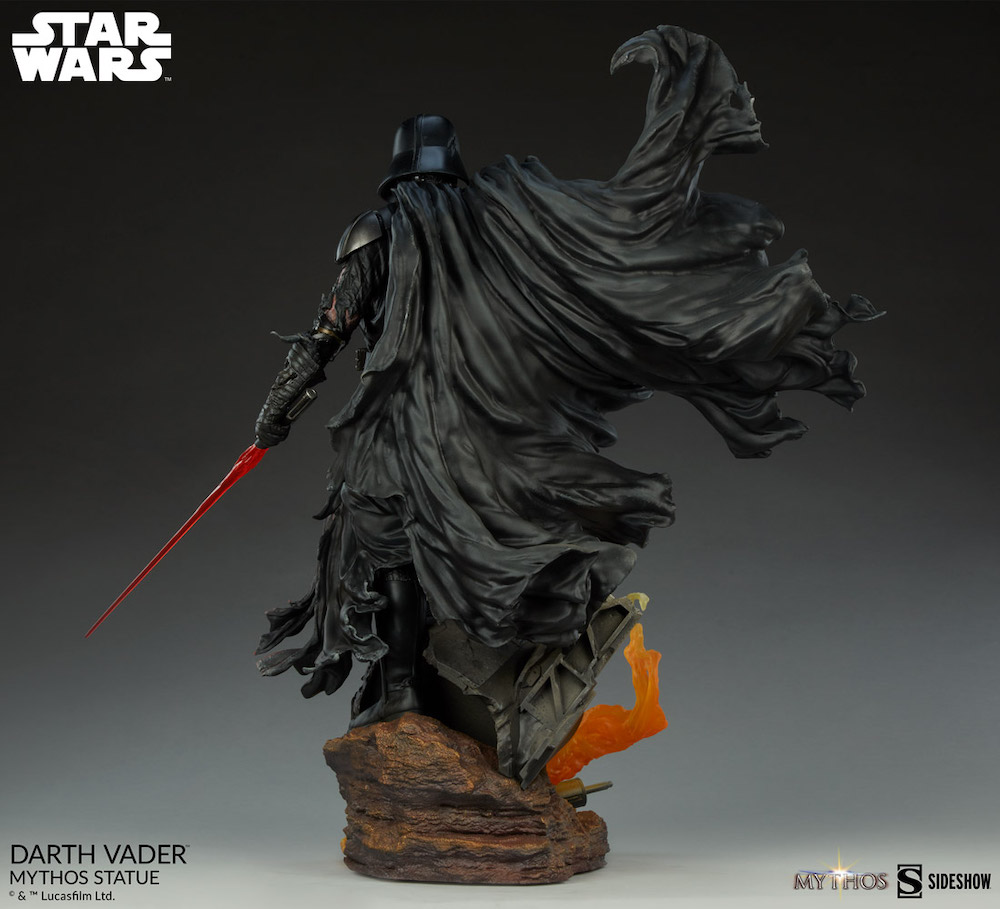 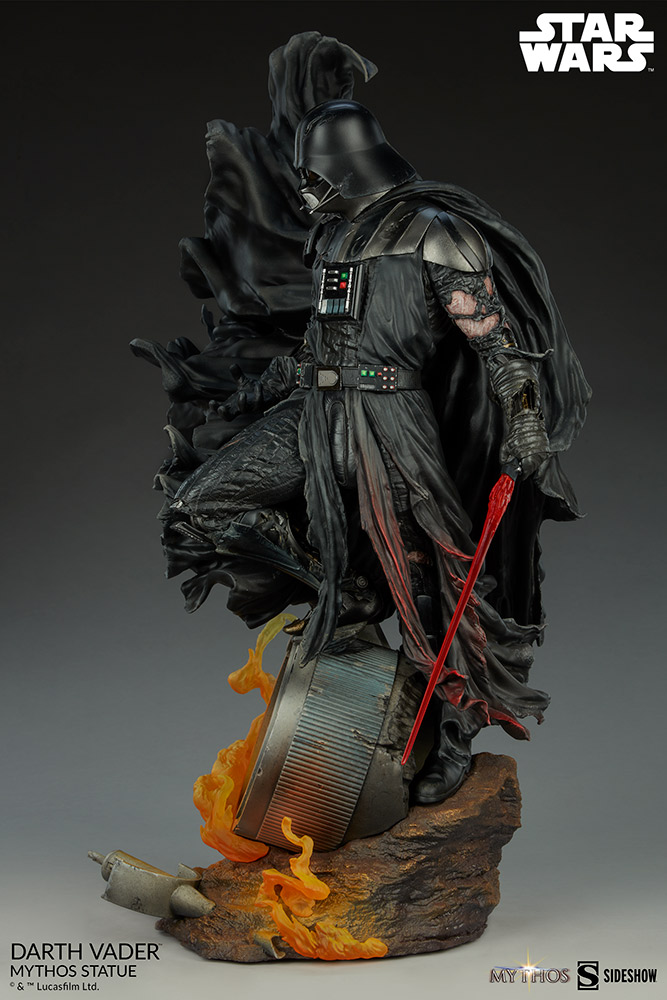 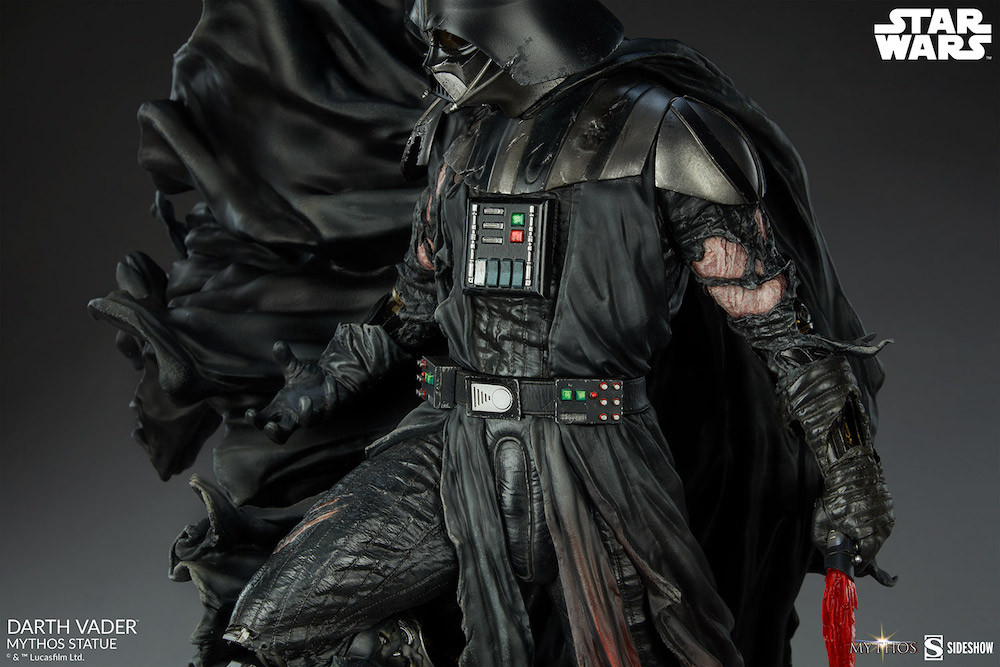 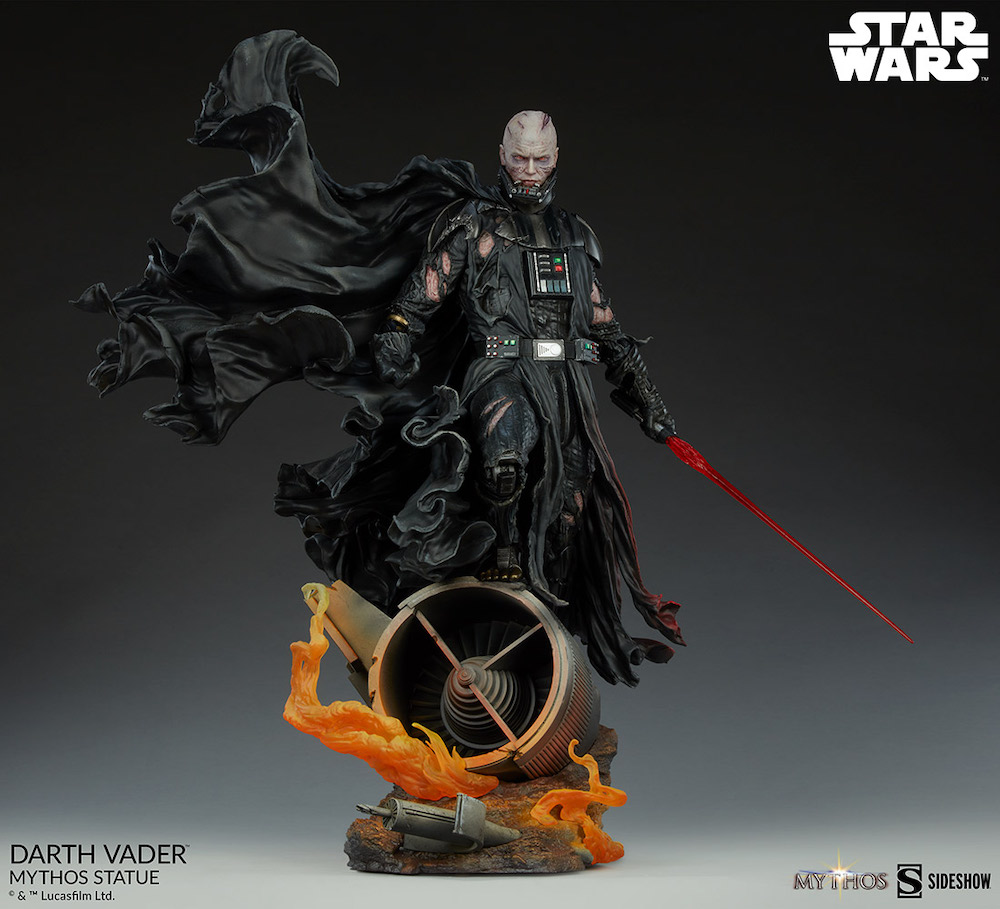 Exclusive edition with flaming saber and an extra head is $650 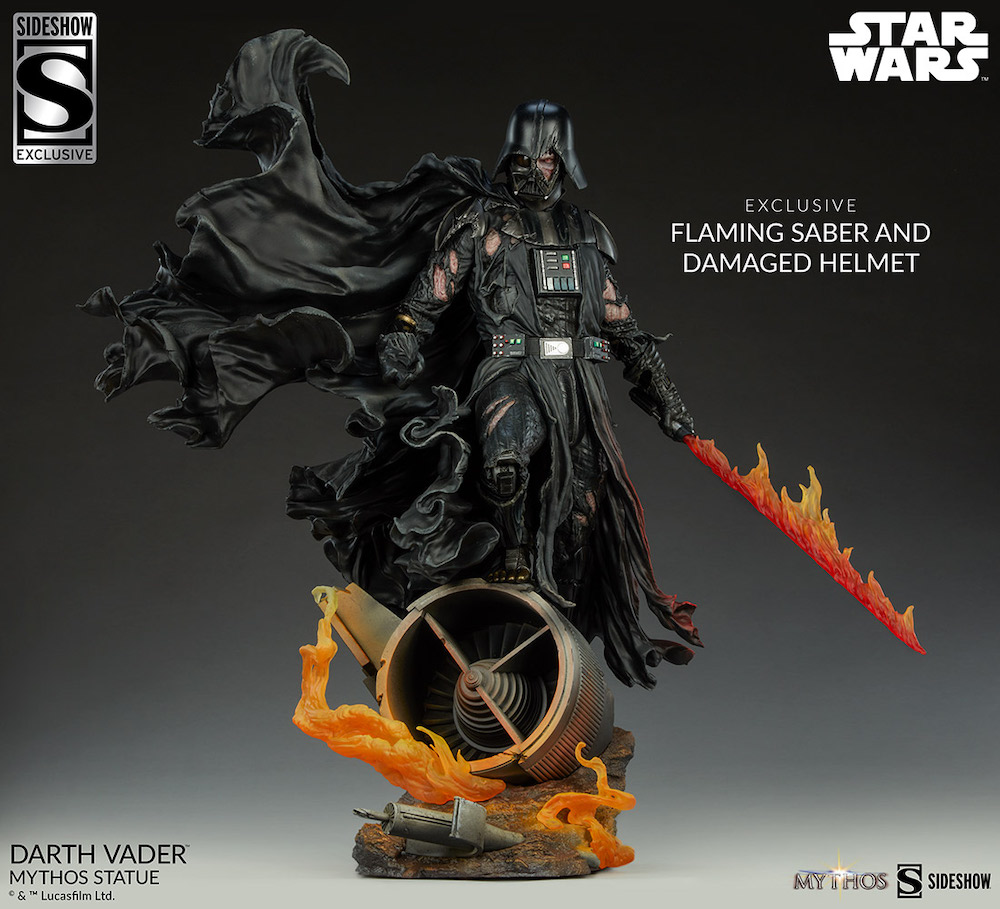 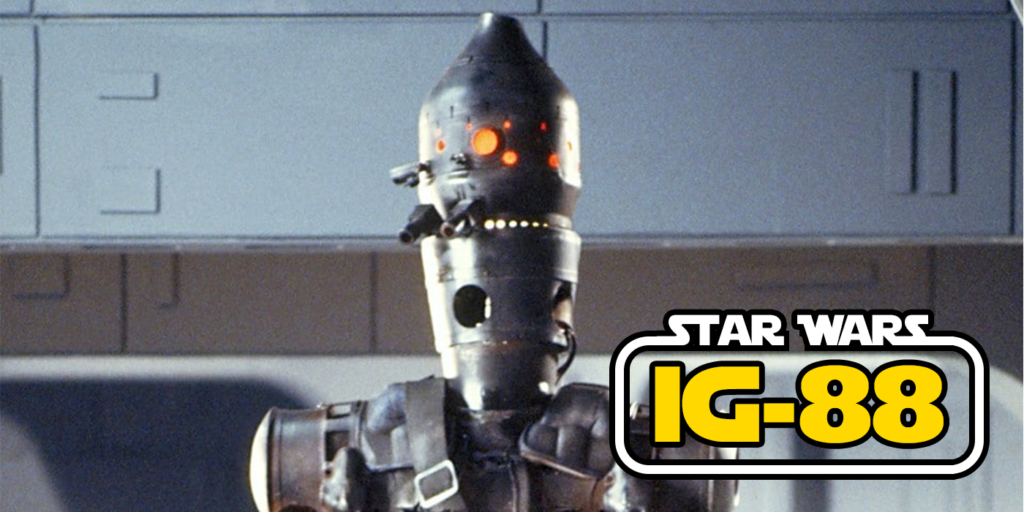