D&D Monster Spotlight: Shoosuvas Are The Undead Demon Hyenas From Your Nightmares 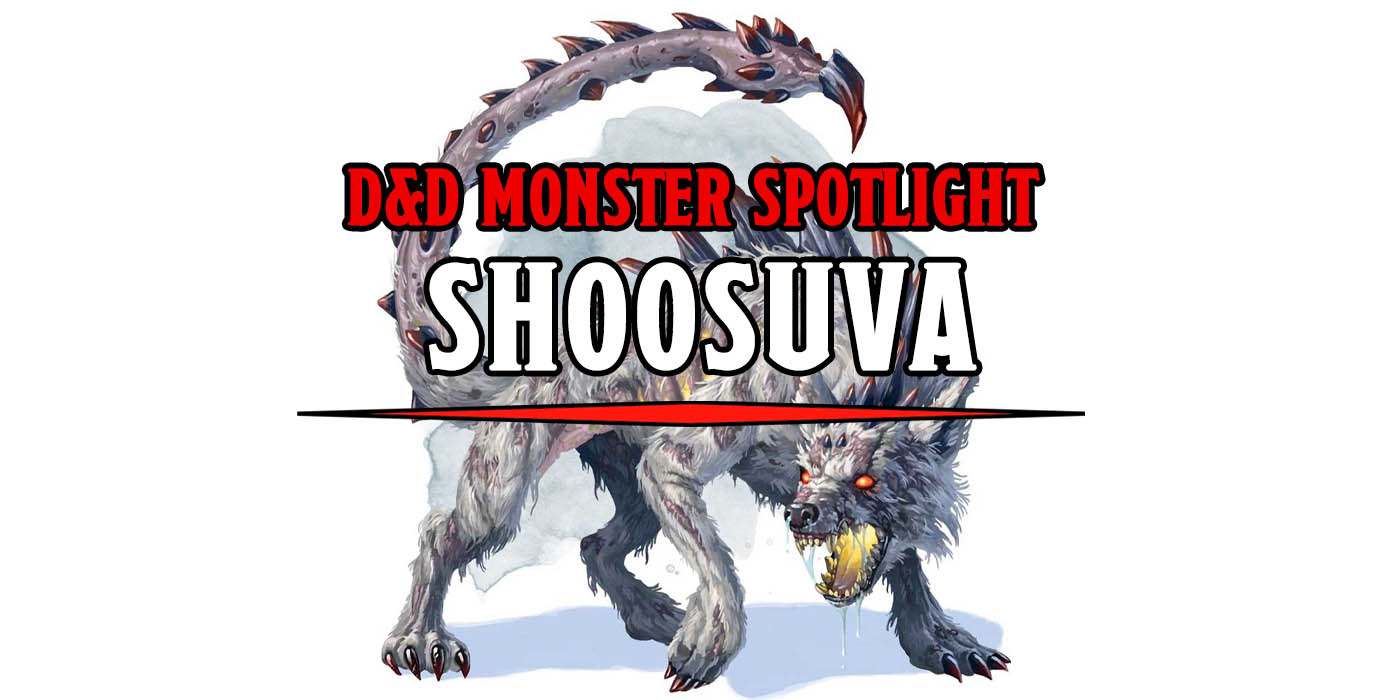 What happens when the demon god of the gnolls decides he needs a giant hyena-like demon to help with Material Plane errands; The Shoosuva.

The Shoosuva is a very rare monster, both in and out of the D&D setting. Your character isn’t likely to encounter one, partially because the monster manual has them listed as “very rare,” but mostly because your DM may not even know about them. Shoosuvas aren’t as well known or popular as some of Dungeons and Dragon’s other demons, making their first two appearances in magazines and then most recently in Volo’s Guide to Monsters. But if you remember to include them in your next mission your party will be in for a treat. Or whatever the opposite of a treat is. 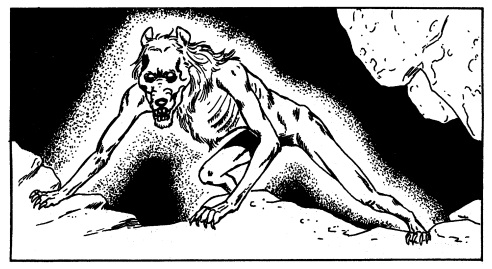 A collector of D&D magazines may remember the Shoosuva’s first appearance from Dragon Magazine #63. Yeenoghu, the demon prince of gnolls, created a creature to act as a guard and intermediary between him and his shamans, and thus Shoovusas were born. Quite rare to encounter on the Prime Material Plane (but much more common on Yeenoghu’s home plane of the Abyss), a Shoosuva will generally appear on their own as opposed to in a pair or pack. That said, the huge hyena-like monster with phosphorescent yellow eyes can summon any gnoll within a hundred and twenty feet to it to join in on the fight and can inflict paralysis on its victims with a bite. So, y’know, maybe more than one isn’t really necessary. 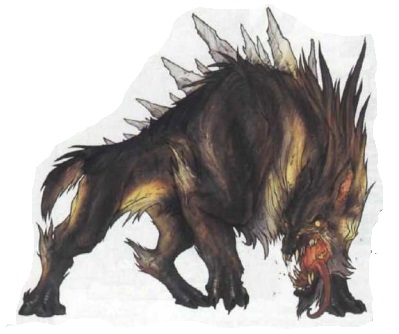 Similarly to the First Edition Shoosuva, Third edition’s version only appears in Dungeon Magazine #112. The already terrifying look of a giant, demonic hyena is made worse with bony back ridges, mottled skin, and the added horror of being one of the undead. Powerful gnoll spellcasters can conjure Shoosuvas, but even to the gnolls they are larger than life monsters, believed to be the spirits of Yeenoghu’s greatest shamans. Since it’s undead and unafraid, in a fight the Shoosuva is most likely to lunge at you and engage in melee, often implementing its bite attack. Still, their Improved Evasion lets them easily dodge attacks against them or take half damage on failed saves. 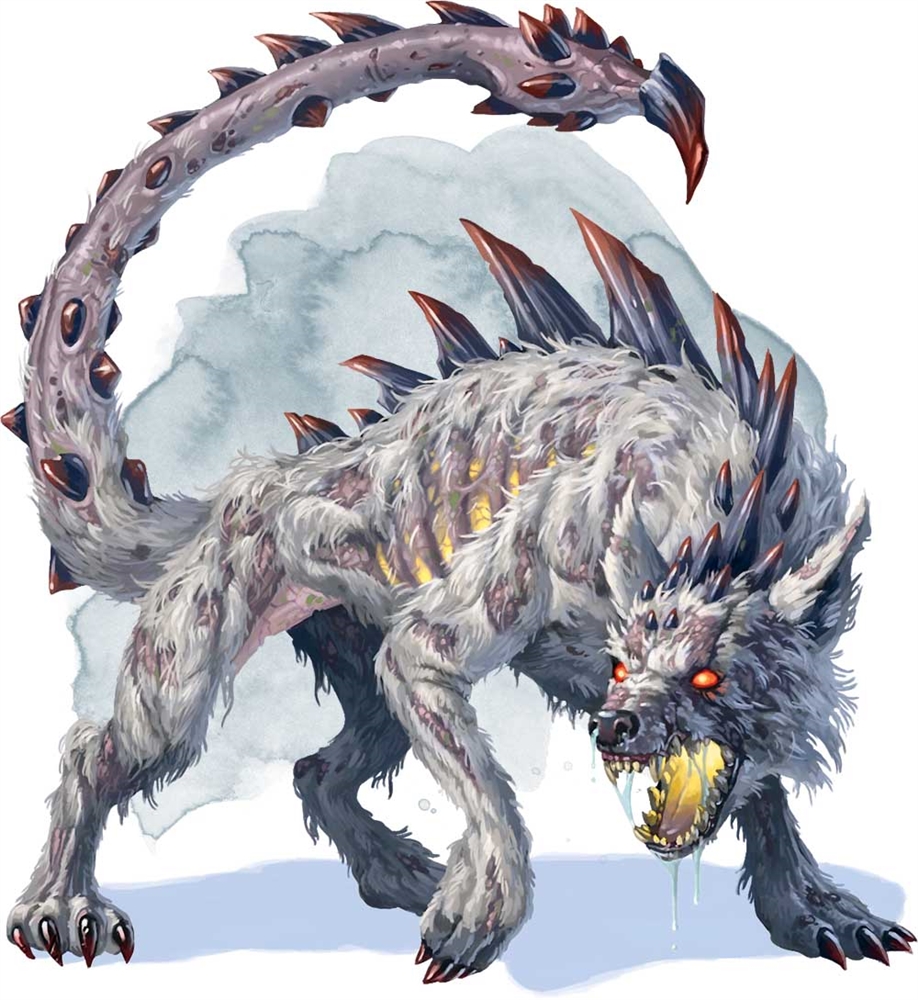 5E Shoosuvas manifest shortly after great war victories in a billowing cloud of smoke. Now with the added terror of a poisonous, scorpion-like stinger, they can easily render multiple victims immobilized and therefore easy prey for any nearby gnolls. Each Shoosuva is bonded to a specific gnoll who the creature works alongside and treats as its master, making both the gnolls and Shoosuva a little more scary this time around. With an armor class of 14 and only a hundred hit points, Shoosuvas shouldn’t be that difficult for an accomplished adventurer to beat in battle, but when reduced to zero hit points they can use Rampage to take a bonus action and move up to twenty feet to take one last bite.

Has your party encountered a Shoosuva in your adventurers? Which is your favorite of D&D’s demons? Does the Shoosuva make you respect gnolls less or more? Let us know in the comments!

How To Be More D&D - A Self-Help Book 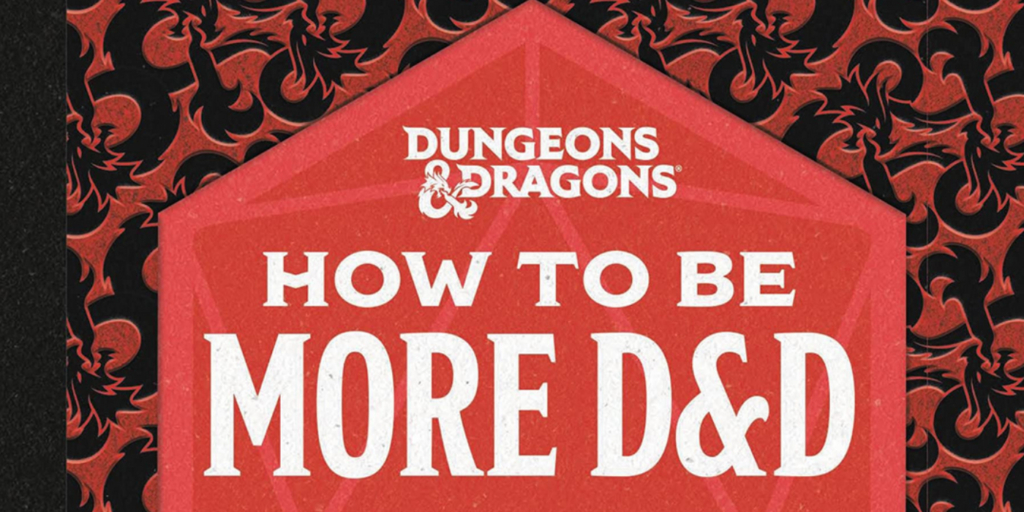