D&D: Stars And Idle Champions Battle In ‘Champions Of The Realm’ 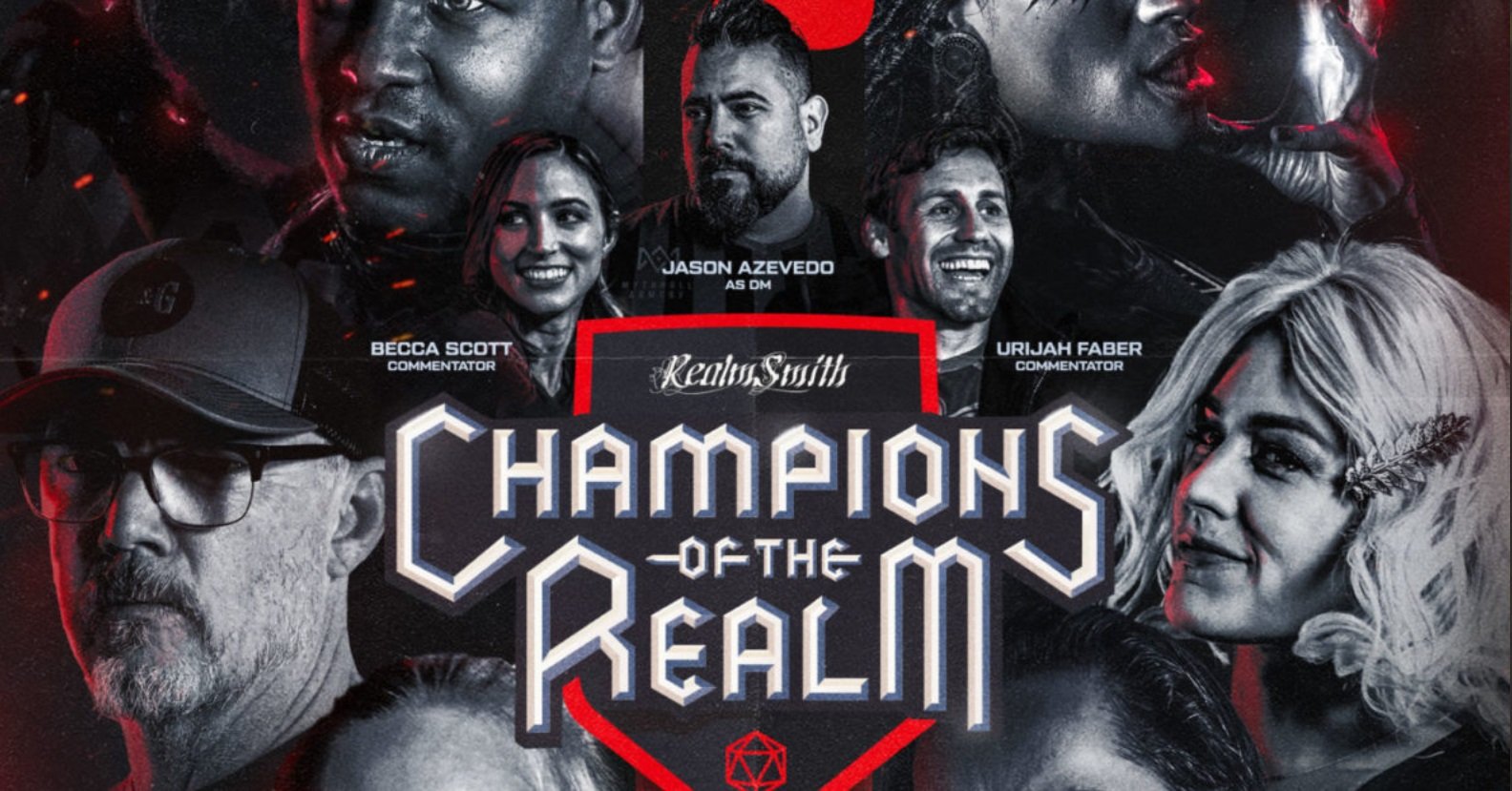 The show Champions of the Realm pits some of your favorite streamers and celebrities against each other in a D&D tournament for charity.

Dungeons & Dragons is famously not balanced for player-vs-player combat. The developers are on record saying that they don’t balance the classes against each other. That’s why people argue forever about how much better a wizard is than a fighter. Or maybe it’s a hexblade vs. a bard. Whatever the matchup, I guarantee you’ll find a debate.

What is Champions of the Realm?

A new streaming series wants to bring you exactly that. An ultimate tournament of champions. Of Idle Champions, that is. Champions of the Realm is a character vs. character combat tournament that brings together some of the most popular faces from Idle Champions of the Forgotten Realms. Idle Champions if you’re not familiar, is a great idle strategy game where you build up an adventuring party and they go on quests while you tell your boss that those 1st quarter numbers are looking good.

Even f they’re not looking good, you should probably tell your boss they are. It’s easier that way, and in 200 years nobody will notice anyway.

And Idle Champions of the Forgotten Realms knows this. It embraces this just like Idle Champions embraces the streaming D&D community. You’ll find a roster of familiar faces in the game, as the developers are big fans of the D&D community. You’ll find characters from popular streams played by even more popular people fighting each other all for the benefit of charity. 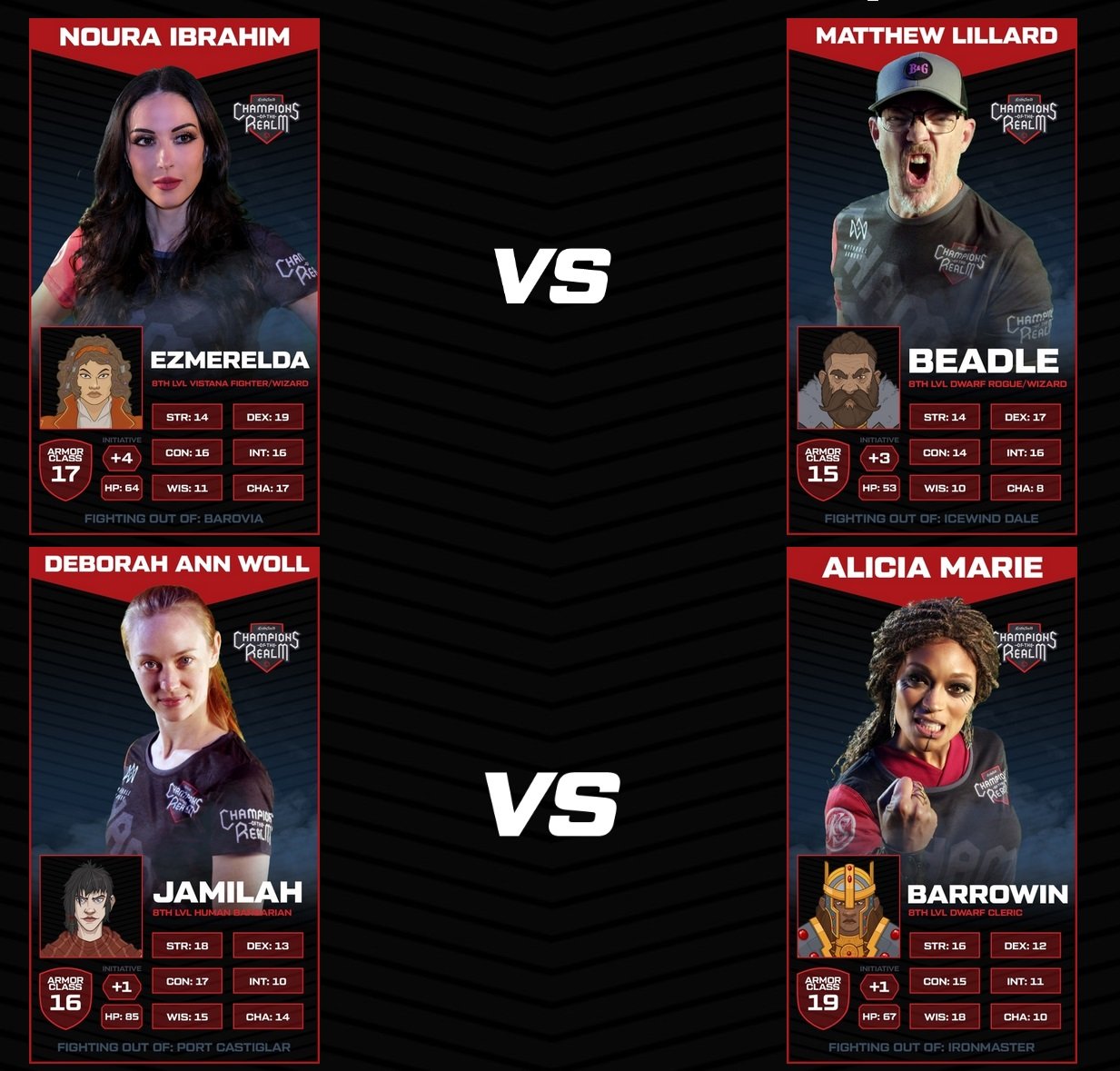 Now a cast of characters played by their “real life” counterparts will be fighting each other in a stream that premieres tomorrow. Will it be balanced? Probably not. Will it be bloody? Almost certainly. Did they get an actual UFC commentator and announcer to help facilitate this madness?

Champions of the Realm Trailer & Synopsis

“Having searched far and wide across the known realms for the greatest D&D combatants, it’s time to crown a champion! From the same folks who brought you Into the Mist, an official Curse of Strahd Campaign, Champions of the Realm will pit eight D&D players and their “Idle Champions” D&D characters against each other in this 7-bout tournament; raising money for their favorite charities along the way.

Each bout will have up to a total of 5 rounds of exuberantly-narrated combat action. The last combatant-standing progresses through the tournament. If both combatants find themselves at the end of the 5 rounds having survived the combat, the decision will go to the referee, Jason Azevedo. 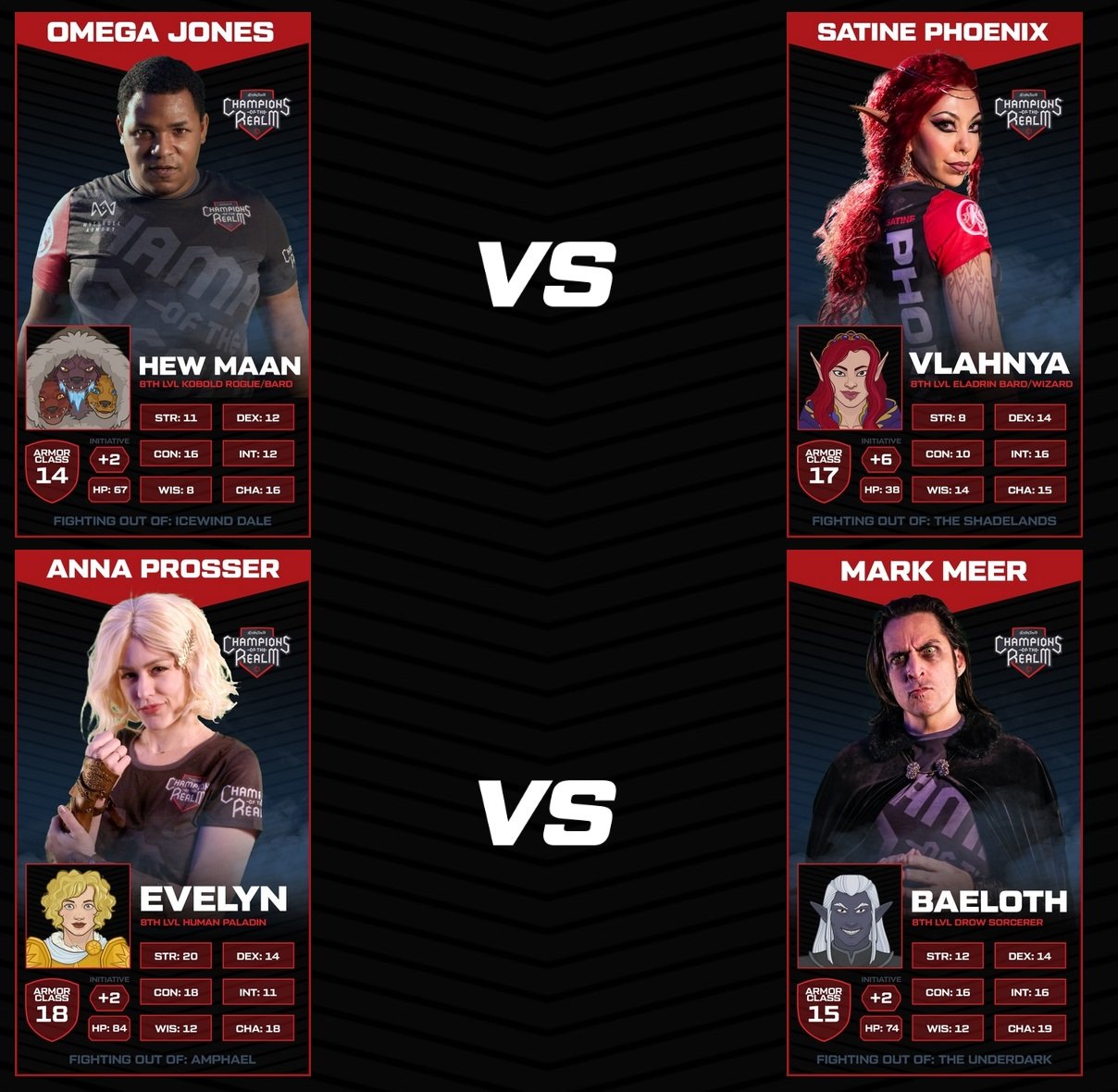 And just take a look at the fighters (and wizards and clerics, etc.):

You can make predictions on who’s going to win the tournament and be entered in a chance to win prizes from Forged Gaming–as well as learning more about the show–by following the link below.

Learn more about Champions of the Realm

Author: J.R. Zambrano
Bell of Lost Souls Staff Writer and DM, J.R. covers RPGs of all stripes and on occasion eats sandwiches. You can ask him about either at [email protected]
Advertisement
Dungeons & Dragons Tabletop News
Advertisement 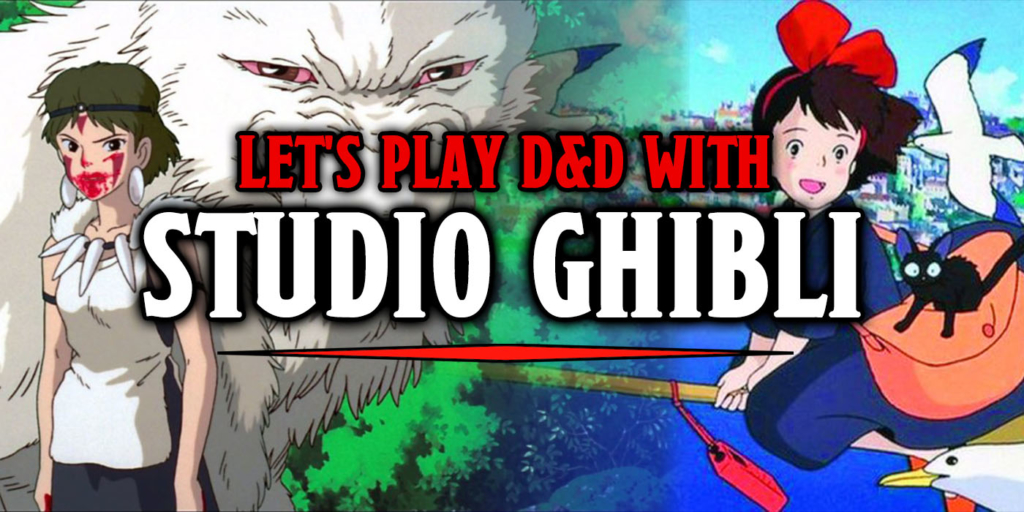