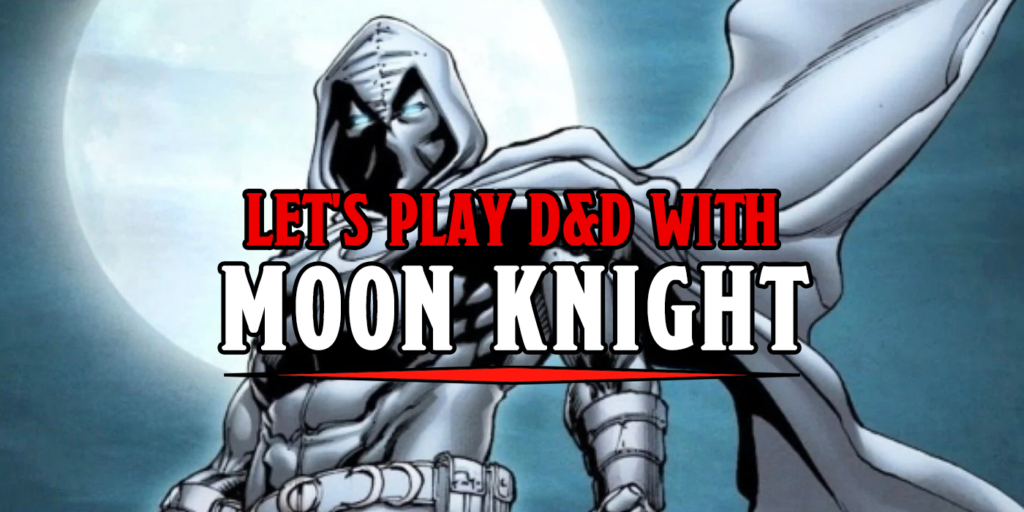 Before he gets too recognizable, let’s figure out how to sneak Moon Knight into your next Dungeons and Dragons adventure.

If you haven’t seen the Moon Knight trailer by now, open up a new tab right now and watch it. No really, my sheet will still be right here waiting. We’re on the same page? Good. I’m honestly blown away by how good this looks.

Moon Knight is one of those obscure characters that even Marvel fans squint at because ooo boy, it sure does feel like they’re reaching now. But pretty soon, even the most casual fans will be pretty familiar with Moon Knight.

So if you’re looking for an opportunity to sneak him into your next D&D campaign without your DM noticing immediately, your chance is quickly running out. In light of that, let’s make Moon Knight for D&D really quick. 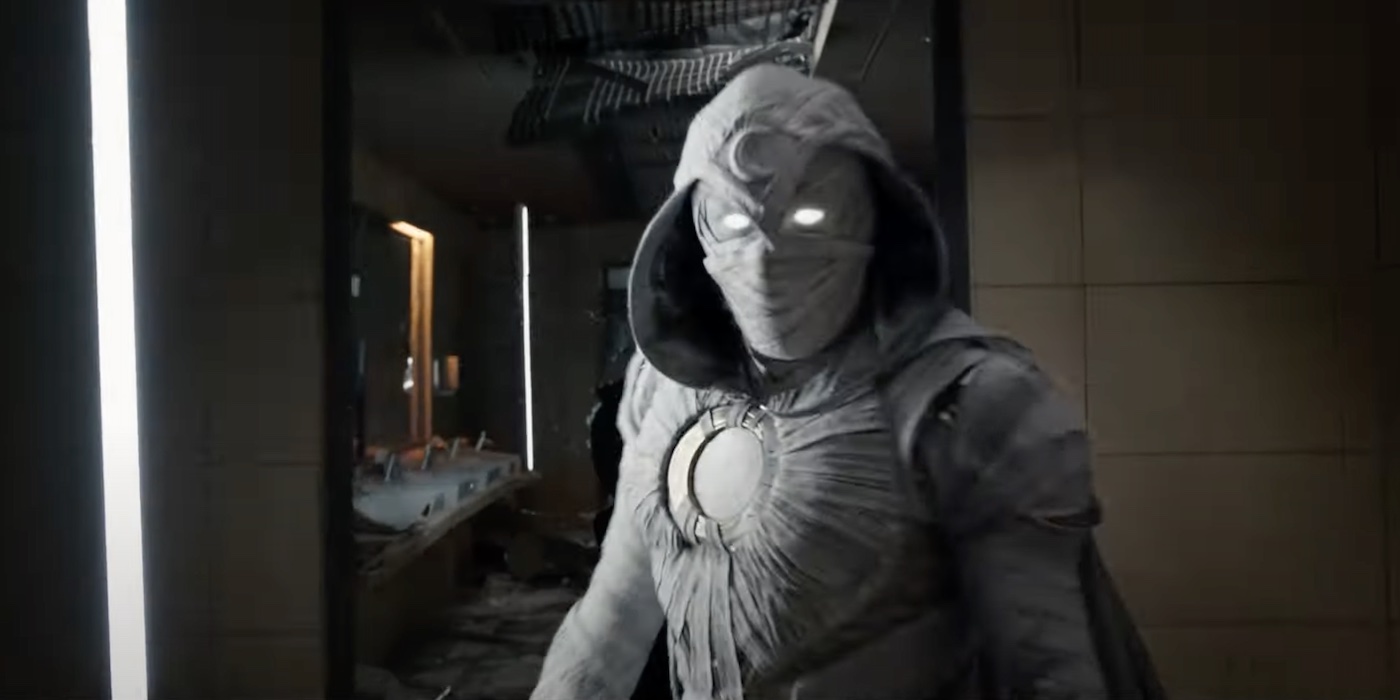 “I am legally distinct from Batman!” 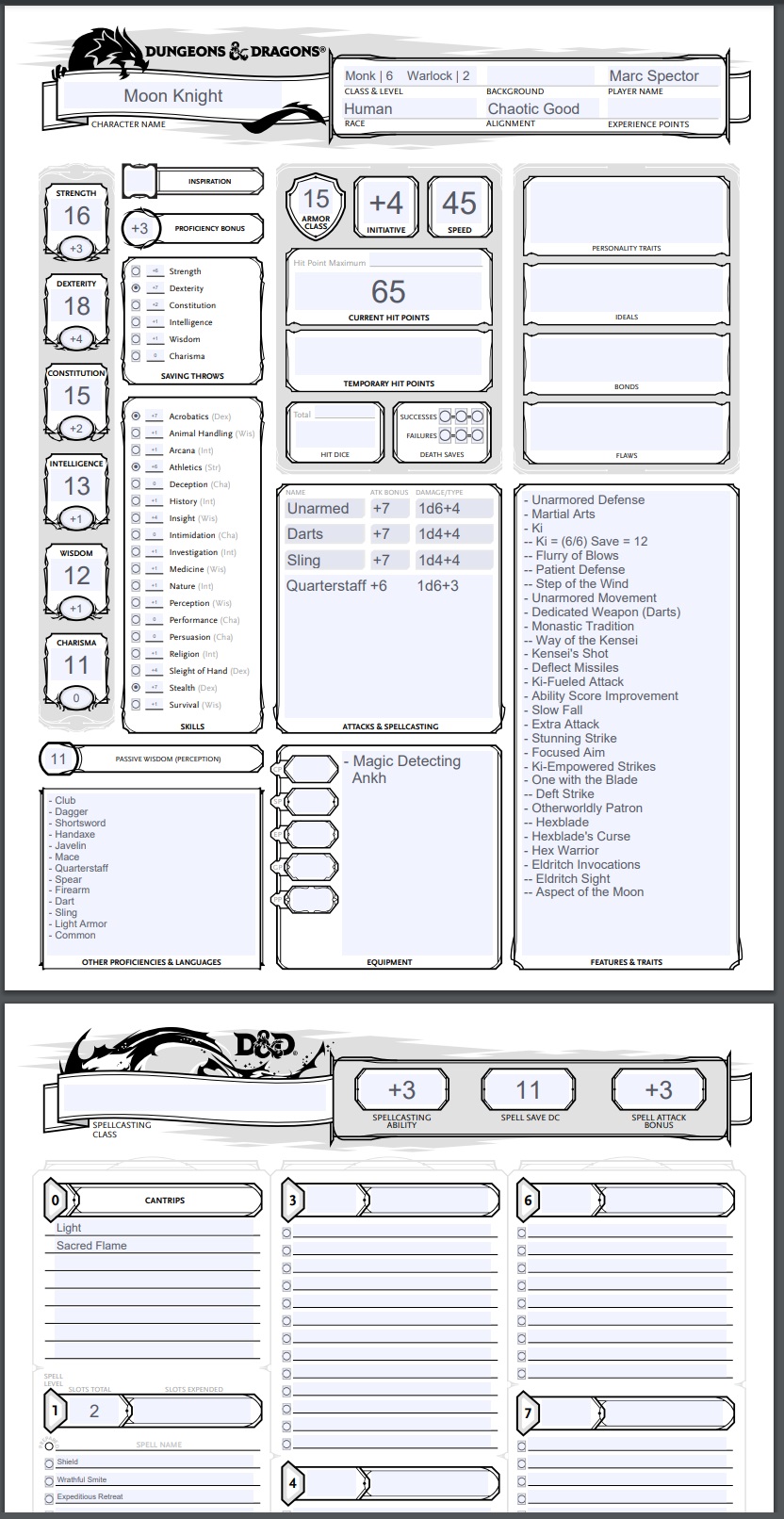 There are a lot of ways to go about creating this character. You could just make a Batman sheet and call it a day. You could lean hard into him being a normal rogue punch-guy with a very specific schtick. I decided to take Moon Knight in a slightly different direction though with a Monk/Warlock hybrid.

There are two things that make Moon Knight Moon Knight as opposed to any other character. His mostly-magicless fighting style, and the fact that his powers come from a god. In this case Khonshu the Egyptian moon god.

For his fighting style, Rogue would have worked, but I wanted to give him a little more ability to punch his way through problems than that. And Monks are so good at punching and moving quickly and punching again.

To nod at his god connection, I briefly considered Paladin or possibly Cleric, but both incorporate a little too much magic and healing. Those don’t fit with Moon Knight, his magic is limited almost to having a patron. And you know who has patrons. 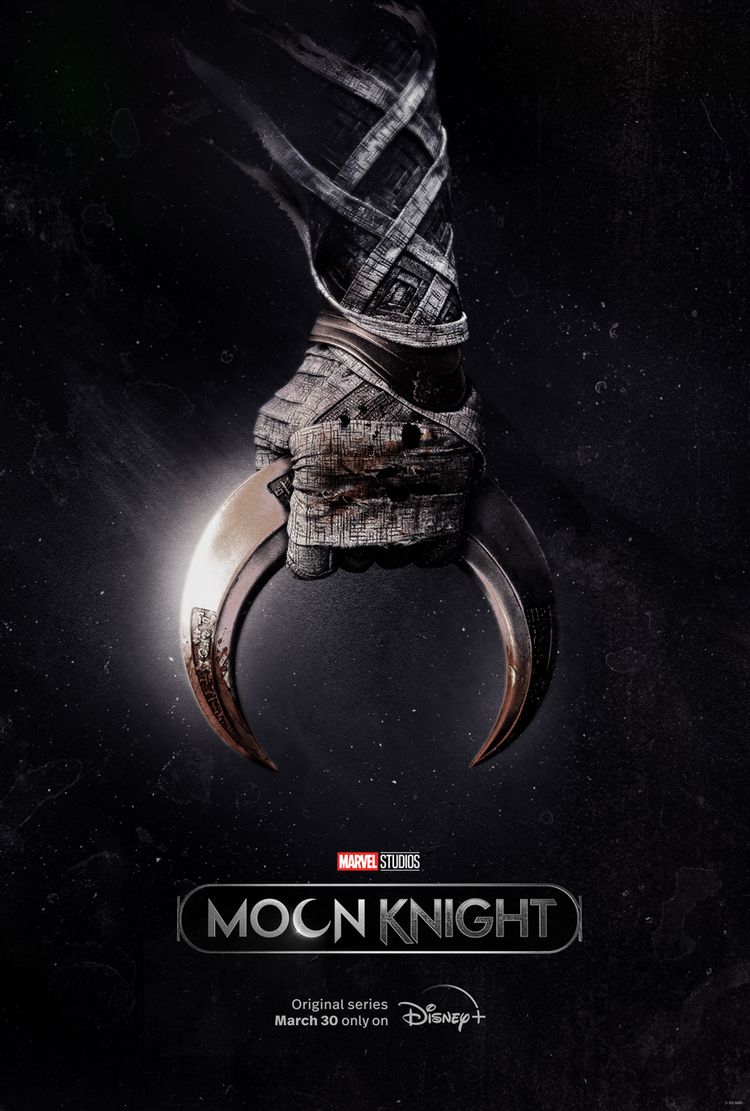 His abilities fell in pretty nicely and easily from there. I picked Kensei monks because of his affinity for weapons, and chose those moon shaped blades for his dedicated weapon. I assume they will be at least partially throwing weapons since he often has throwing blades and the crescent is just part of the aesthetic.

He has a slew of other weapons that he can chose from as well. But if you’re playing a Monk, I’d bet you’ll be relying on your dedicated weapon and multi-punches unless a specific situation should arise.

Finally, he does have a little magic. It wasn’t something that I loved putting on his sheet, but magic is a reality of Warlocks… and at least none of it is Lay on Hands. Expeditious Retreat is the spell I feel most strongly about on there. He’s not exactly teleporting away, but he is pretty good at sneaking around and I thought that would highlight this. 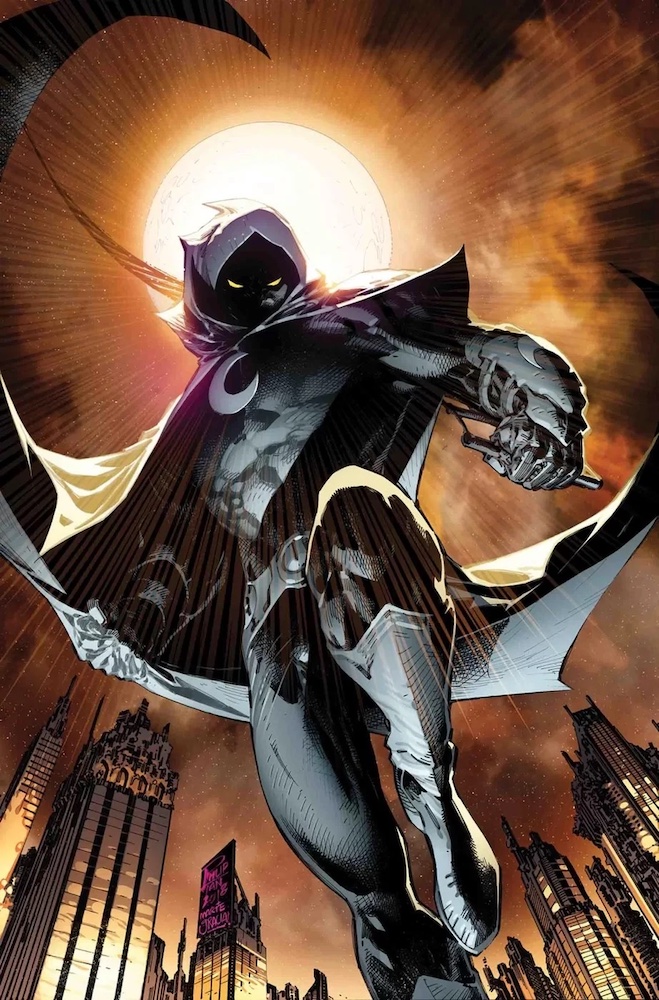 How would you make Moon Knight for Dungeons and Dragons? Are you looking forward to watching the series when it comes to Disney+? What movie, show, comic, or game should I make a character from next? Let us know in the comments! 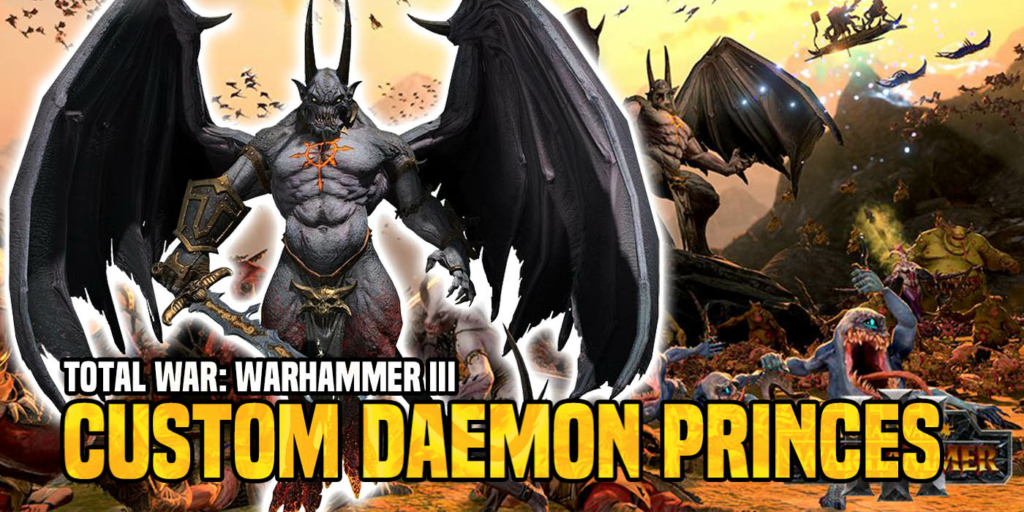