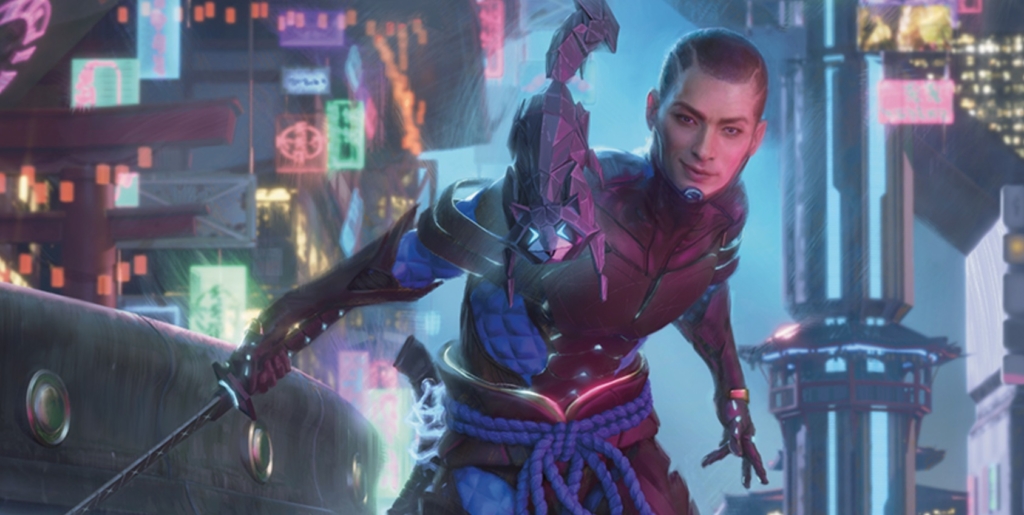 Two new leaks for Kamigawa: Neon Dynasty have surfaced, and they’ll have you wondering: dragons? AND ninjas? In THIS economy?

Two more Kamigawa: Neon Dynasty leaks to round out your weekend. This time we’ve got a look at both kinds of MTG cards featured in the set: Ninjas AND Dragons. And while that sounds like a very interesting RPG, it’s actually just two new cards. First up, another dragon that has set people to wondering what’s up with all the dragons? 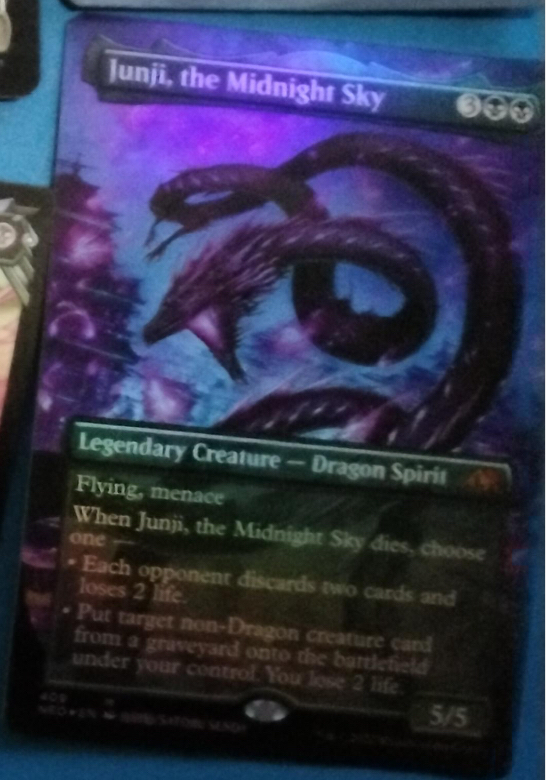 Junji, the Midnight Sky is a legendary Dragon Spirit. Much like the Dragon Spirits of the previous Kamigawa cycle, Junji is 5/5 and has flying and menace. You also get some pretty good rider effects, and all this for only five mana. In the words of the great Bixby Snyder:

Now let’s take a look at the ninja. 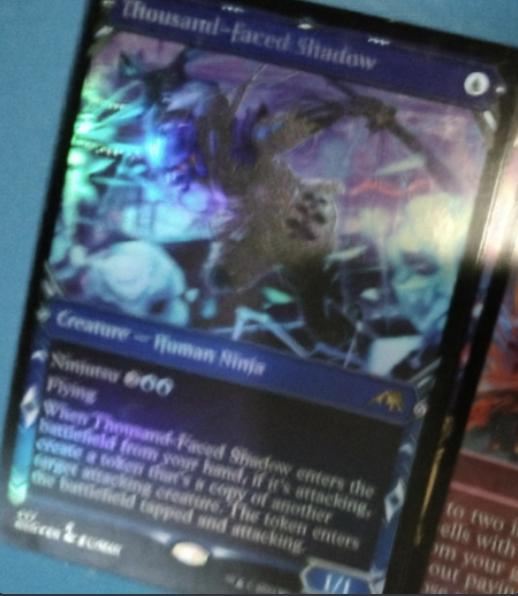 Because you’ll want to have a board you’re attacking from in order to make the most out of it. Sadly (or thankfully, depending on how you look at it), you can’t ninjutsu copy a Thousand-Faced Shadow token into infinite copies of itself, since it has to enter the battlefield from your hand.

As always, take any leak with a grain of salt, though most of these have proved accurate so far 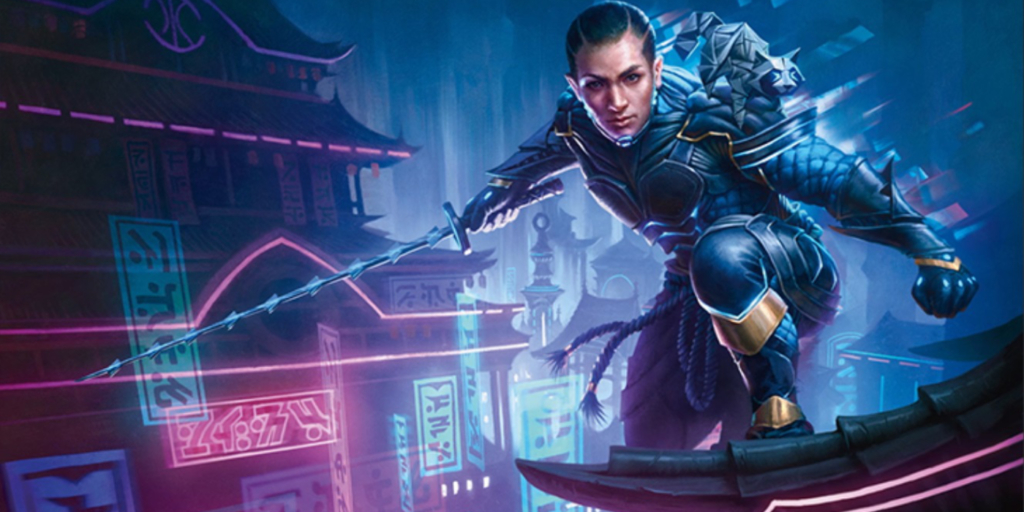