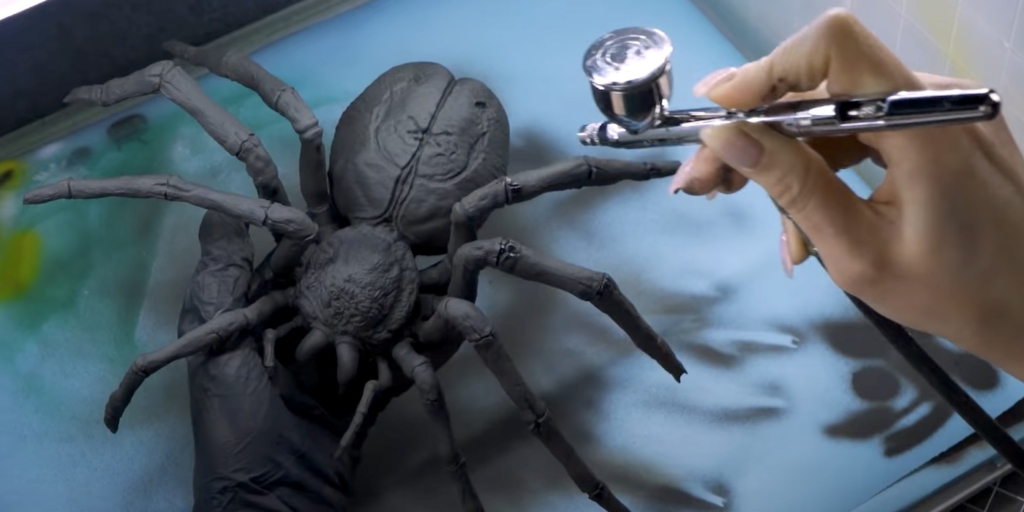 This step-by-step video shows how to build a fantastic Shelob diorama – and some great hobby techniques.

There are many monsters in Middle Earth, but none so terrifying as Shelob. The giant spider is Ungoliant and her history goes back past the second age. She captures her prey, wraps them up in web, and devours them at her leisure.

“But still, she was there, who was there before Sauron, and before the first stone of Barad-dûr; and she served none but herself, drinking the blood of Elves and Men, bloated and grown fat with endless brooding on her feasts, weaving webs of shadow; for all living things were her food, and her vomit darkness.” – The Two Towers 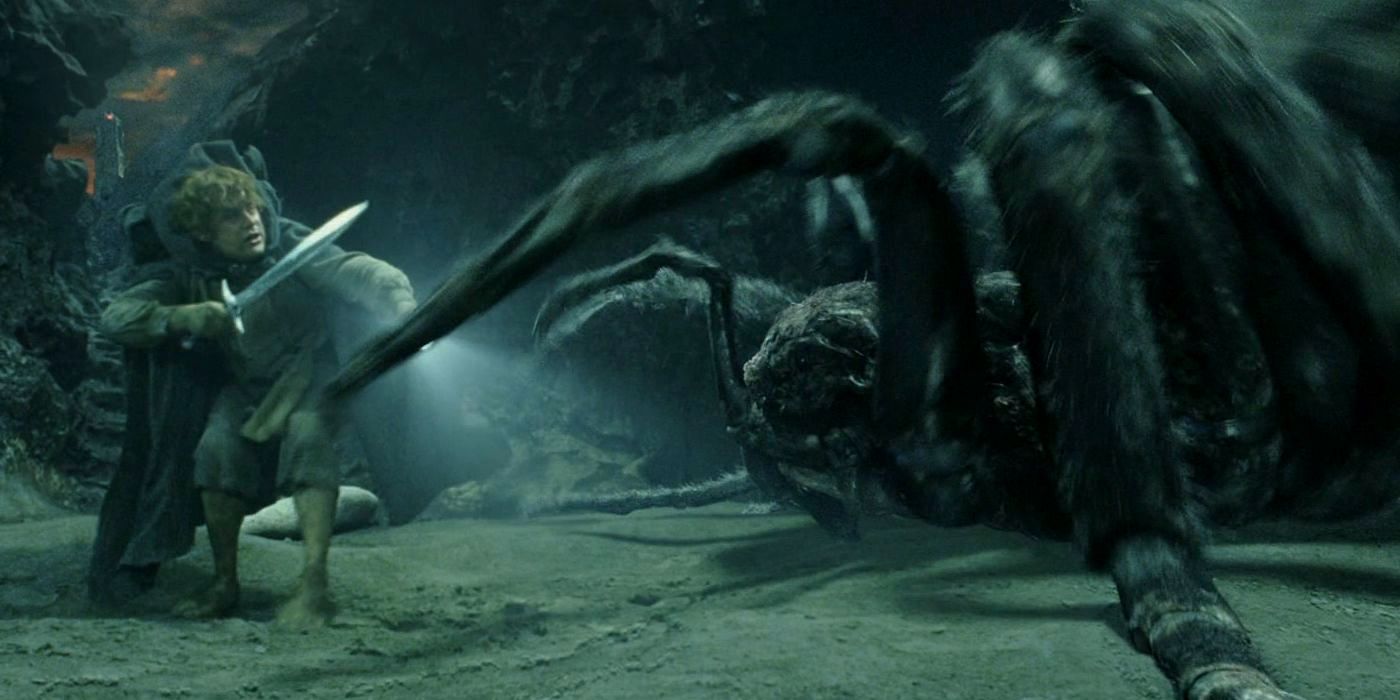 This Shelob diorama (built and expertly painted by Minibricks) shows Frodo and Sam’s encounter with the hungry spider on their way to Cirith Ungol. The scene contains hand-carved and 3D-printed parts.

The creation video shows some techniques that you may find helpful for your next terrain or display board project – from carving foam blocks into rock faces to creating realistic spiderwebs.

A closer look at the Shelob diorama reveals details including the spider’s multiple eyes and venom dripping from her mouth. Plus the LED effects that light up Phial of Galadriel. 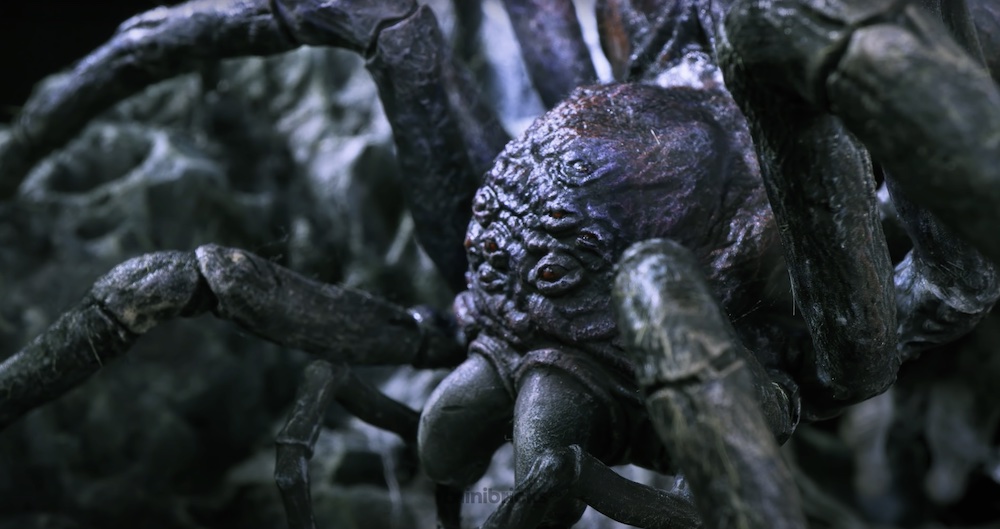 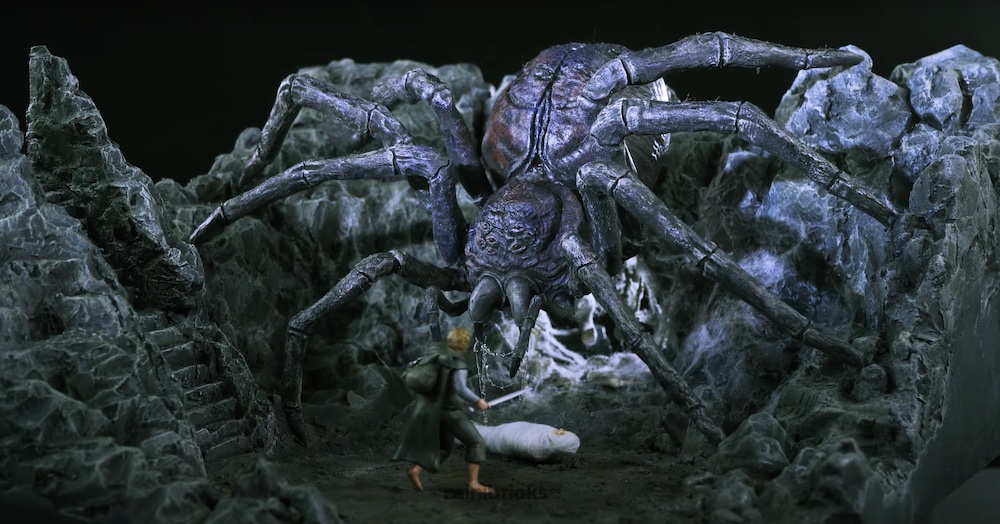 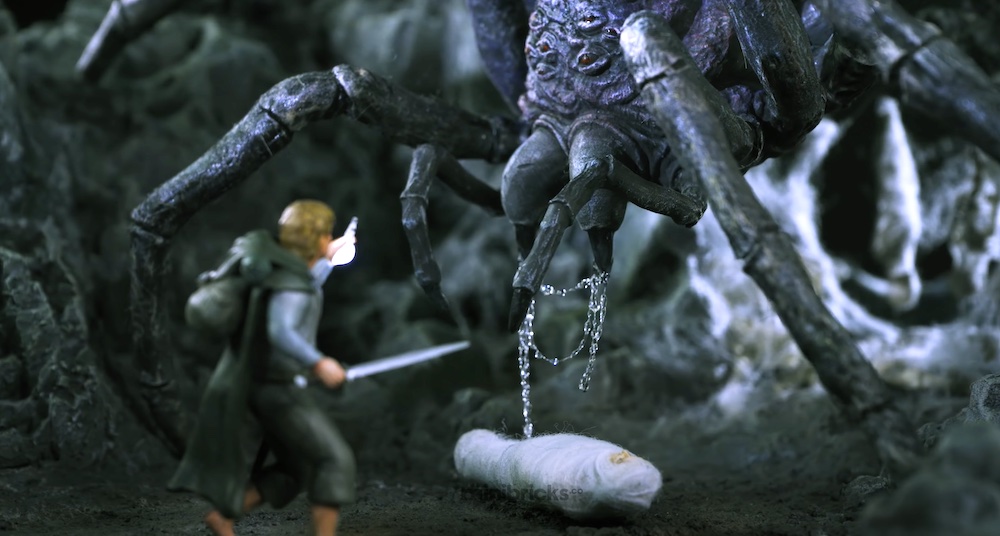 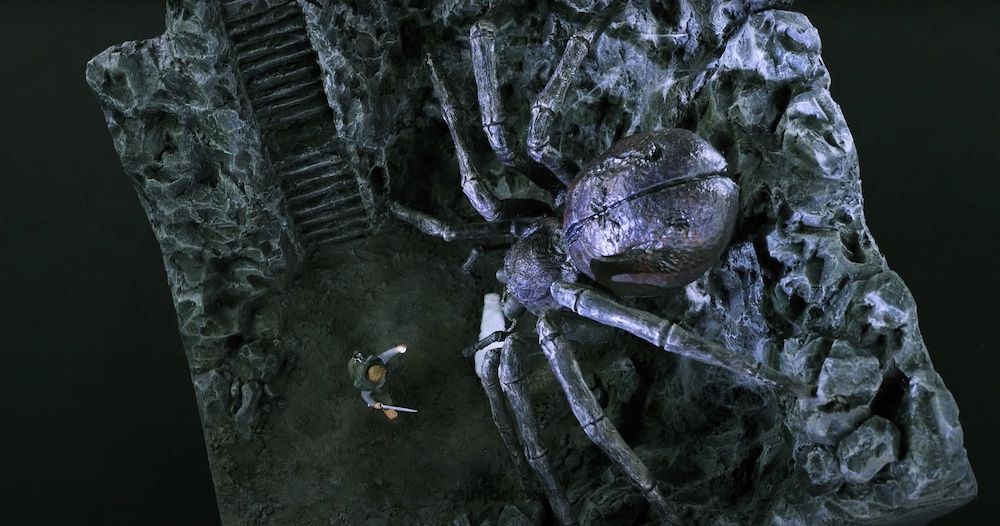