Warhammer 40K: Primaris ‘Vanguard Spearhead’ Marines Are Getting An Army of Renown 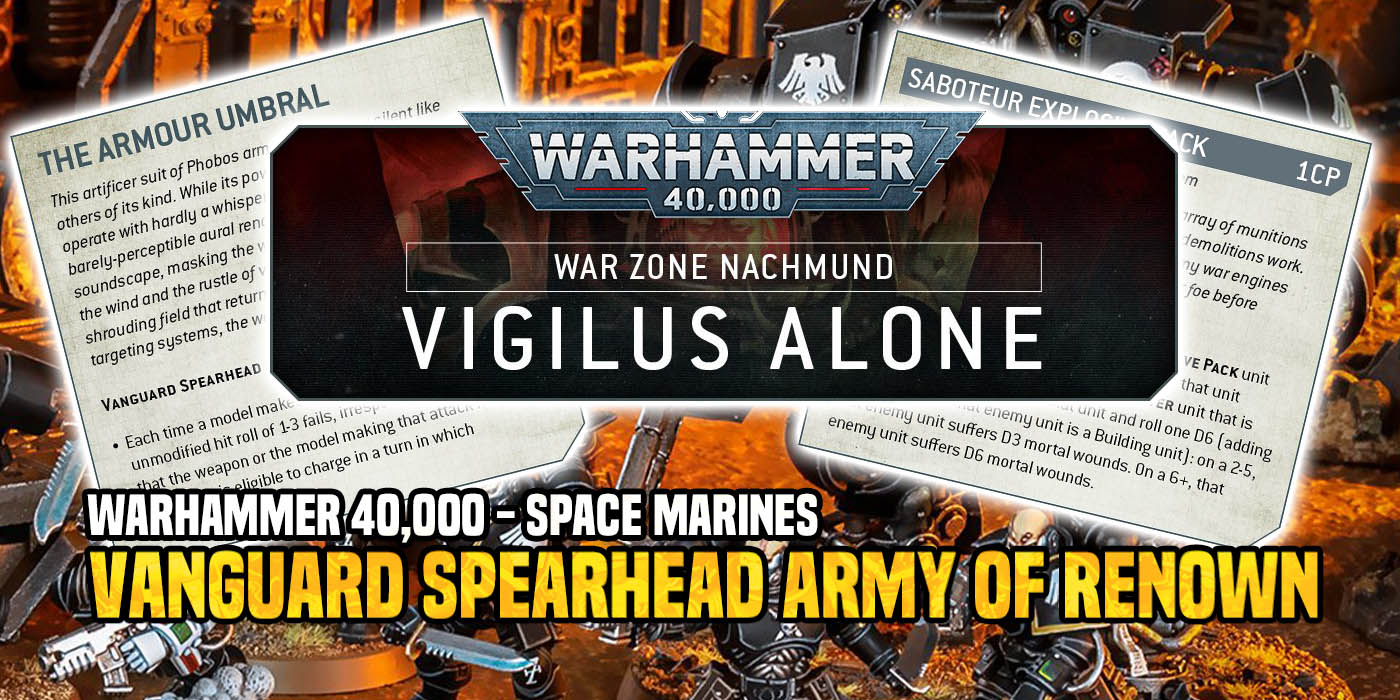 Looks like the Vanguard Spearhead Marines are about to get a nice boost in the new Vigilus Alone book.

If you’ve been a fan of the look of the Phobos-pattern armor the Vanguard Spearhead Space Marines wear but not a huge fan of their rules then you’re in luck. Games Workshop is giving them an Army of Renown in upcoming War Zone Nachmund: Vigilus Alone book and it could make them scary. 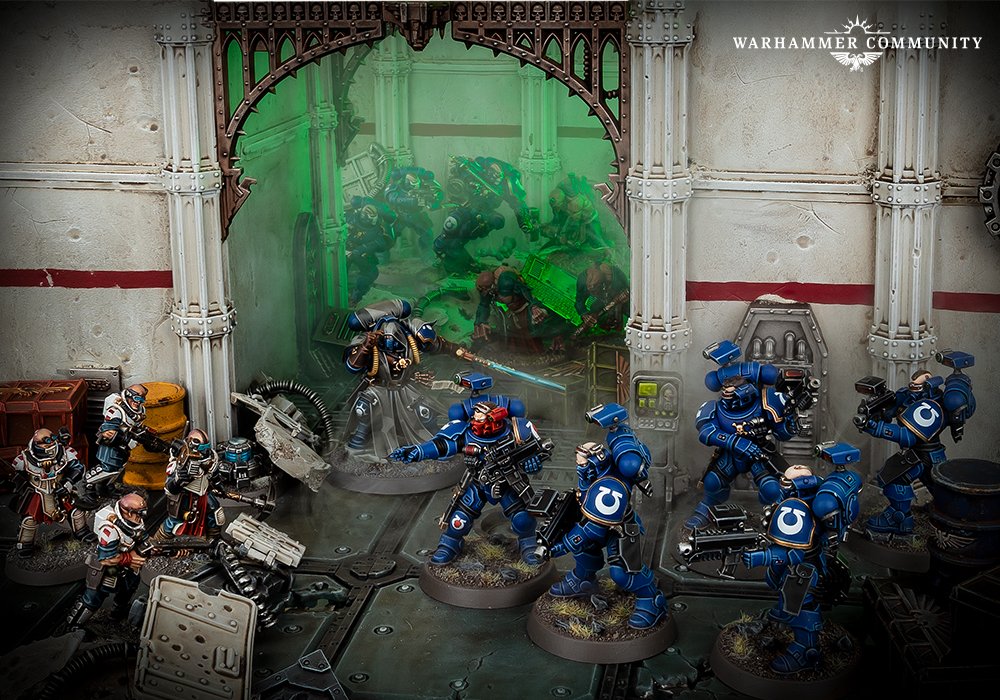 “The Vanguard Spearhead is an Army of Renown that plays a bit differently than your typical Space Marine army. They’re recruited from the Scout Company, with the express goal of penetrating deep into enemy territory, sabotaging supplies, causing mayhem, and assassinating high-priority targets. As such, they don’t use the usual Chapter Tactics – instead, Vigilus Alone gives them their own unique set of rules to represent their training and strategies.”

So what exactly is this army? Well you might remember Shadowspear — I know it’s been a while. But it’s those types of Space Marines. You know, the sneaky-looking Phobos-pattern wearing ones? But it’s not just Reivers…

“[A Vanguard Spearhead Army is] composed entirely of units with the Phobos, Suppressor Squad, Invictor Tactical Warsuit, and Impulsor keywords. “

So that’s your Reivers, Incursors, Infiltrators, Suppressors, and even Invictor Tactical Warsuits. It’s a nice mix of the ‘sneaky’ units. 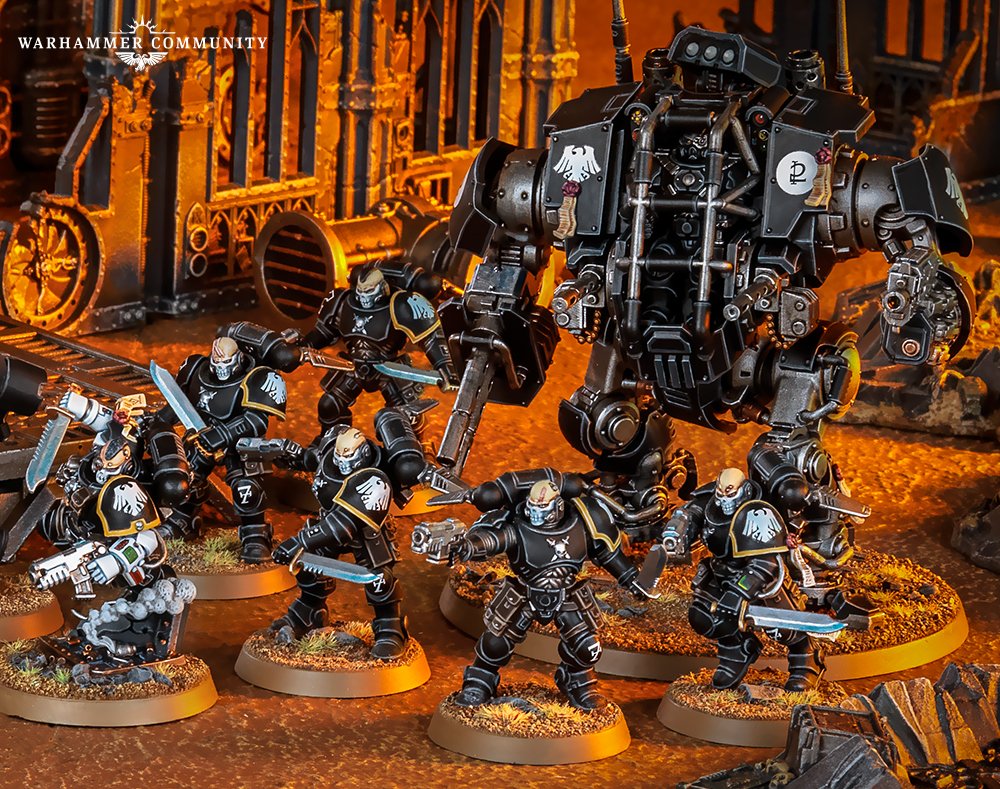 If you’re concerned about Objectives, the good news is that all your Incursor, Infiltrator, and Reiver Squads gain Objective Secured in this Army of Renown. And the boosts don’t stop there.

“Your units count as being in light cover if they’re more than 18″ away, and they even get a bonus on hit rolls when firing from the hip. Plus, 6″ consolidation moves!”

In short this army should play a lot stealthier AND be able to get in there and do some CQC Wetwork, too.

Relics And Other Tricks

As an Army of Renown this fighting force also gets their own batch of Relics. Morbidus Bolts are kind of funky but don’t forget they stack with other penalties to Combat Attrition tests, too: 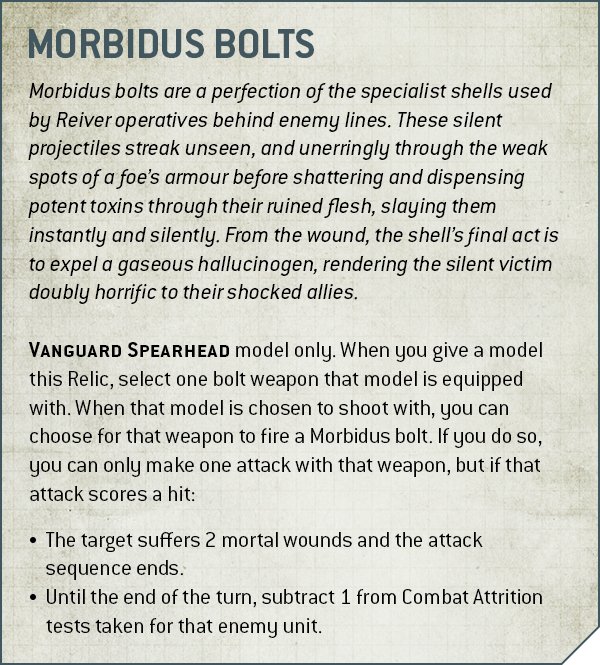 If you prefer something a bit more on the defensive side then check out the fancy Armour Umbral: 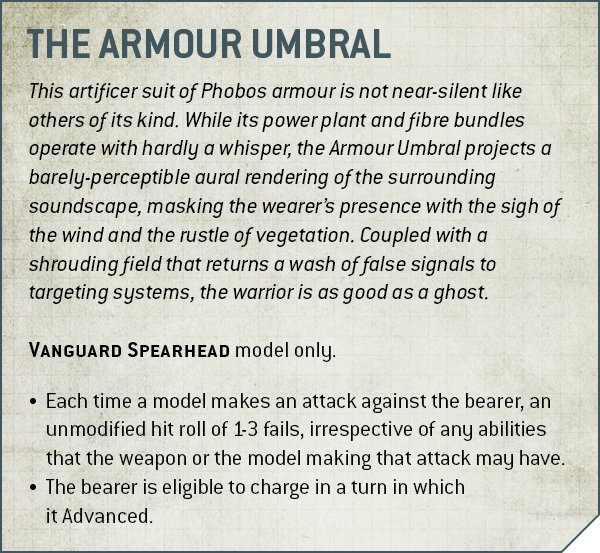 The first part of the ability is already super good. And the second part of the relic’s ability is just icing on the cake! Toss that on a Phobos Captain and let them go to work.

Don’t forget about the stratagems coming to the game for this Army of Renown, too. Here’s a pair to chew on: 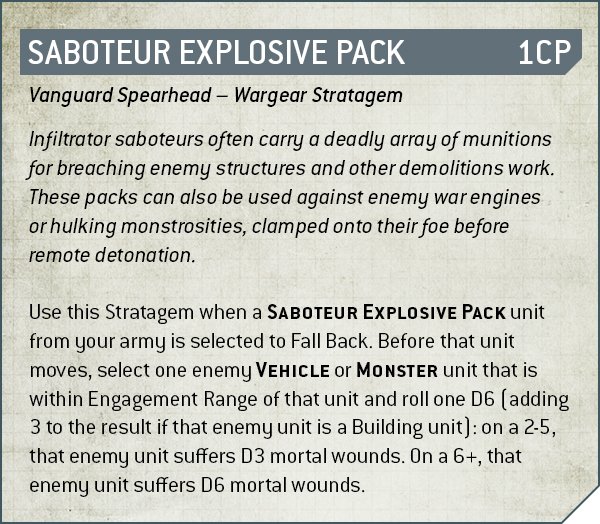 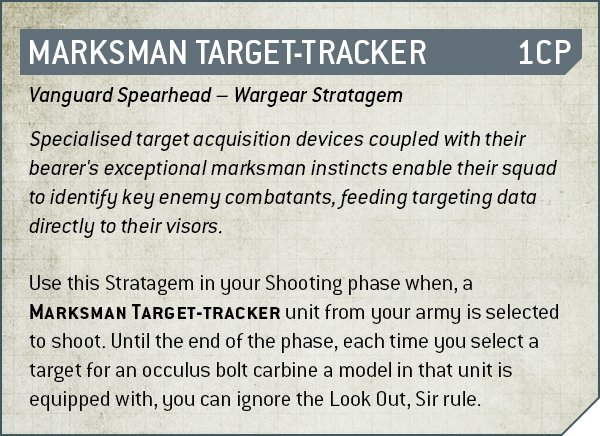 Bombs for big targets and trick shots to ignore the ‘Look Out, Sir’ rule? Yeah…I think these Phobos marines just might be something worth taking a closer look at when the new book drops. 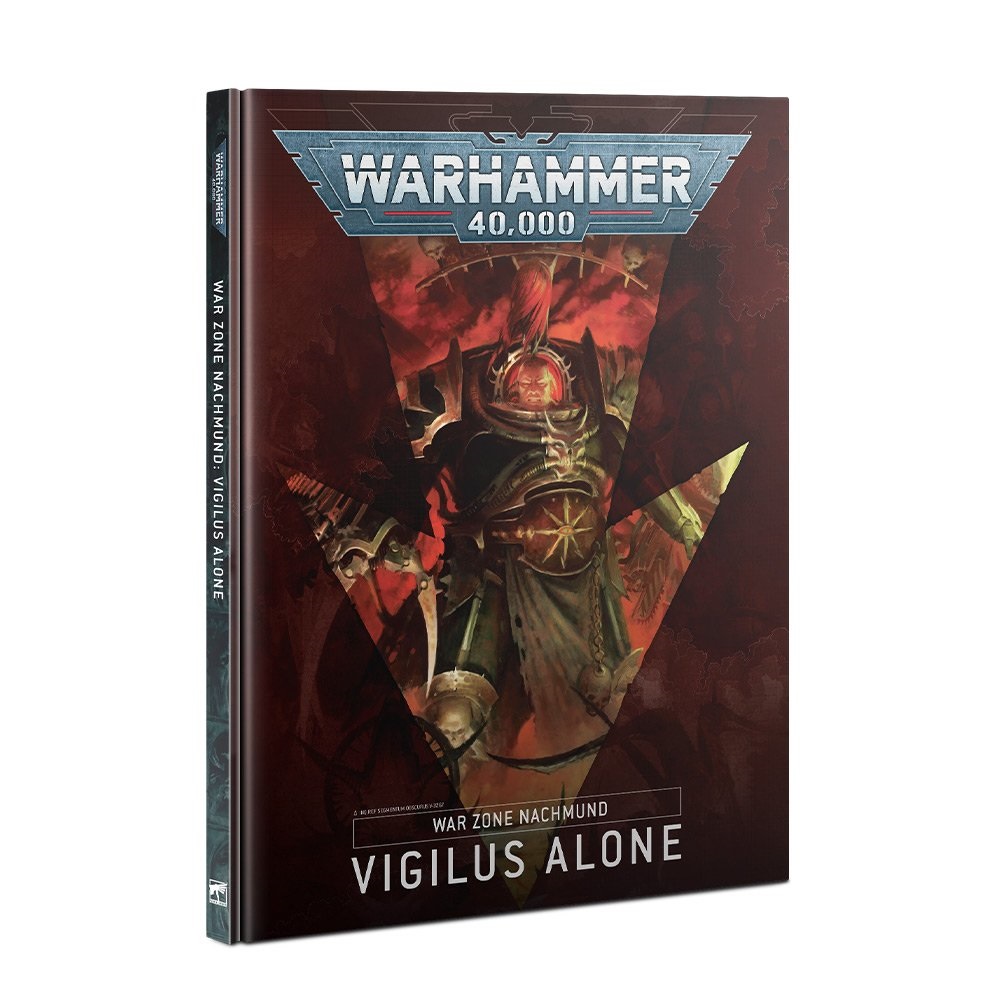 Author: Adam Harrison
Writer, Editor, Texas Native, and Austinite for 15+ years, Adam covers all things Tabletop Gaming. Which includes Warhammer 40,000, Age of Sigmar, D&D, Board Games and everything else that involves dice, boards, cards and a table. A hobbyist, player, and collector of miniatures and games, Adam's current obsession are his Death Armies for Age of Sigmar, his Blood Angels and Tyranids for 40k, and his ever growing Arkham Horror: The Card Game Collection.
Advertisement
Games Workshop Rules Space Marines Warhammer 40k Warhammer 40K 9th Edition
Advertisement