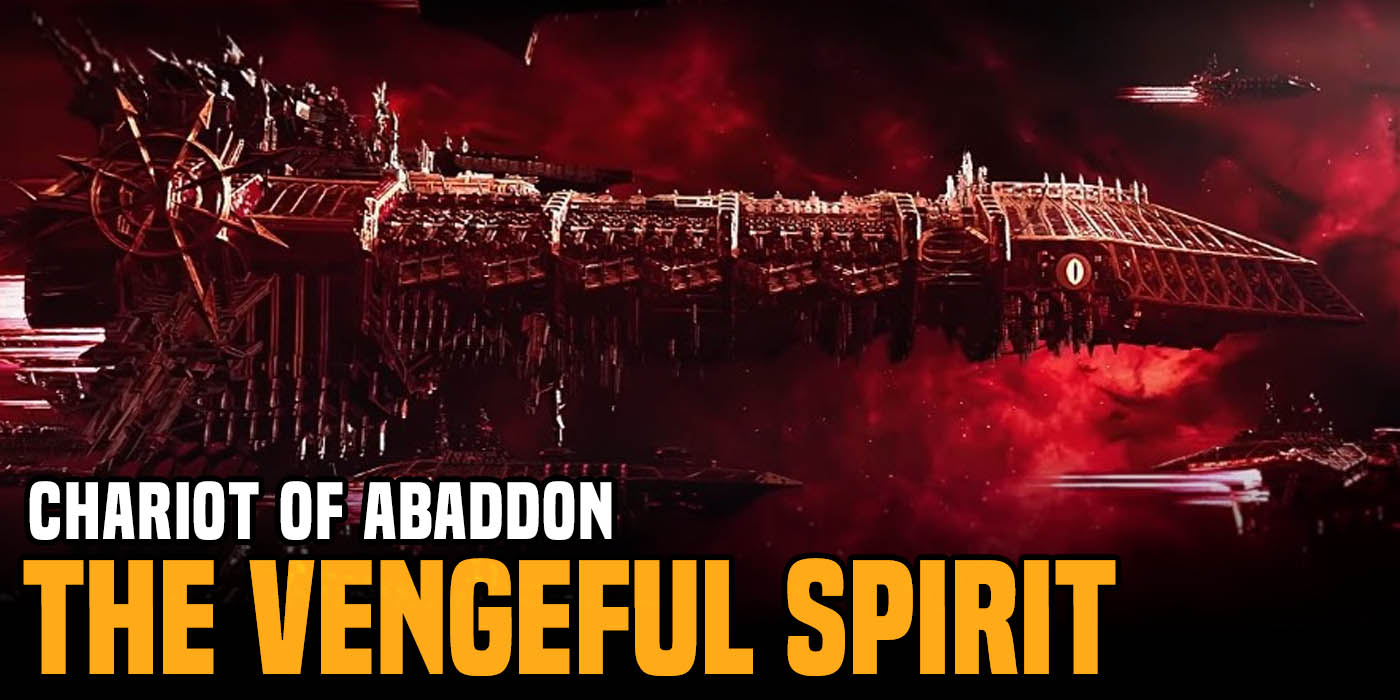 The Warmaster has his eyes set on Holy Terra. Here’s how he will get there – at the helm of the Vengeful Spirit.

The Vengeful Spirit is an ancient vessel, constructed in the 30th Millennium by the artisans of Mars. The Vengeful Spirit was the largest of the Gloriana-class command vessels alongside the Hrafnkel, Conqueror, and Iron Blood. Heavily armed, the Vengeful Spirit gained a formidable reputation during the Great Crusade. It served as the command ship of Primarch and later Imperial Warmaster Horus Lupercal. The mere arrival of the Vengeful Spirit would often result in the surrender of an entire System. 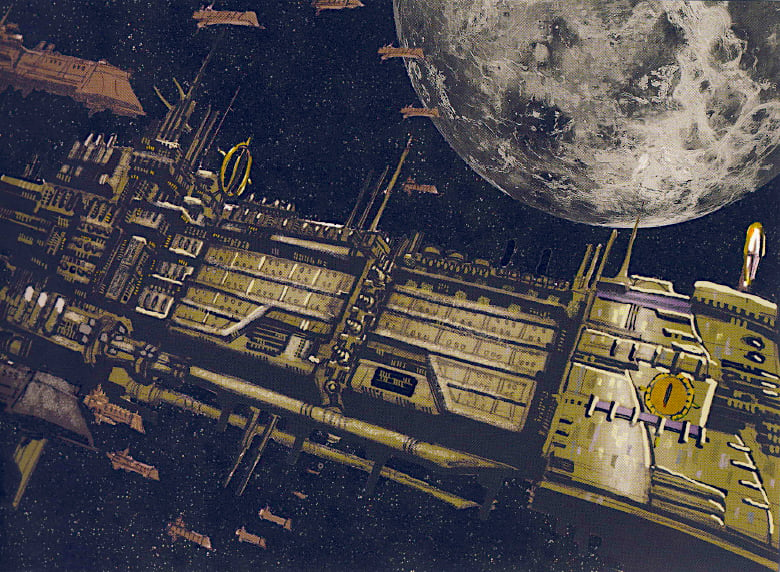 The Gloriana Class Battleship was an ancient and powerful Battleship design used by the Legiones Astartes during the Great Crusade and Horus Heresy. It was officially classified as a type of command Battle Barge. These vessels were around 20 kilometers in length, though their size and appearance varied greatly. These massive ships were frequently used as flagships for Imperial fleets and Primarchs. The Gloriana Class vessels are the largest known Imperial warships after the Phalanx and Furious Abyss-class vessels. 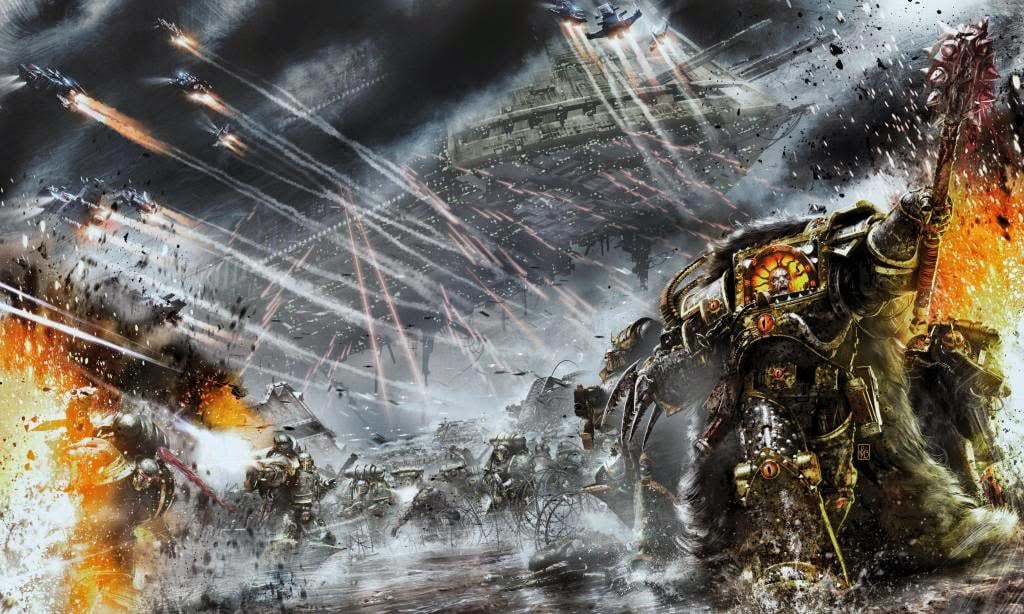 From the strategium, and later Lupercal’s Court, upon the command deck, Horus would coordinate the military and diplomatic efforts of the 63rd Expeditionary Fleet, and countless thousands of personnel lived and worked on board. Additionally, because it was so old the core of the ship was a rotting, empty labyrinth of filth and rats. Over time as the Sons of Horus became corrupted during the Horus Heresy, so did the Vengeful Spirit. it became less of a warship and more of a temple to the dark gods of Chaos whom Horus came to revere. The final battle between Horus and the Emperor took place on the twisted bridge of the ship. There humanity’s bright future was shattered beyond repair.

Following the death of Horus and the defeat of the traitors in The Scouring, the Vengeful Spirit fell under the control of First Captain Ezekyle Abaddon. Somehow, the vessel became embedded under the former Eldar world of Asa’ciaral deep within the Eye of Terror. With the Sons of Horus in disarray after the fall of Maleum, an expedition led by Falkus Kibre, Iskandar Khayon, and others eventually managed to find both Abaddon and the Vengeful Spirit. Convinced to command once again, Abaddon used the vessel to crush the Emperor’s Children and their clone of Horus on Harmony. Following the Battle of Harmony, Abaddon resumed command of the Sons of Horus. The Vengeful Spirit became the flagship of the newly christened Black Legion, a role it continues to this day. The vessel is known to have appeared in the 10th 12th and 13th Black Crusades. 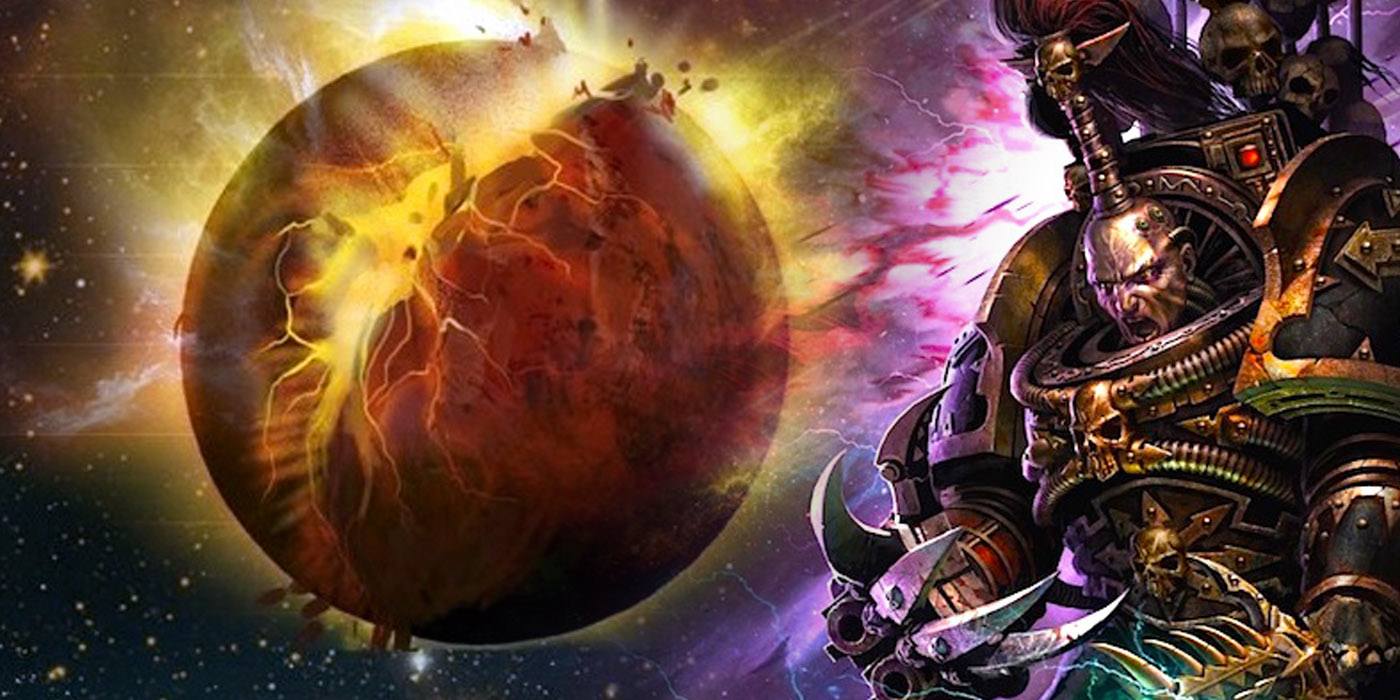 During the battle above Cadia in the 13th Black Crusade, the Vengeful Spirit was damaged as it was overwhelmed by Imperial Navy battlegroups. But before it could be finished off it retreated with the rest of the Black Legion fleet.  A Blackstone Fortress was dropped on the planet in its wake. 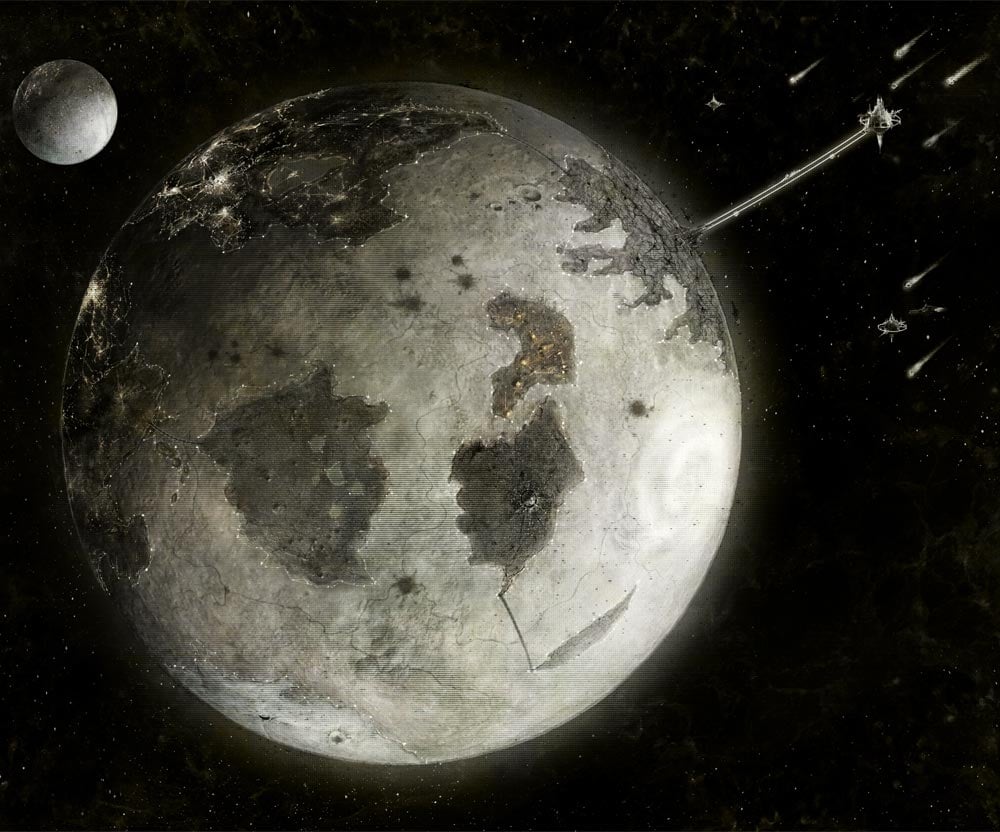 The Vengeful Spirit later reappeared at the head of the massive Chaos armada that invaded Vigilus. Blasting aside all opposition, it went into orbit above the world and was the primary Black Legion command center. During the climax of the war as Abaddon engaged Marneus Calgar in a duel, the remaining Imperial vessels launched a last-ditch assault on the orbiting Vengeful Spirit. Though 80% of the Imperial ships were lost, Calgar’s plan succeeded.

An allied Eldar stealth vessel Vaul’s Ghost collides with the Vengeful Spirit. The Eldar ship detonated a cache of Imperial Deathstrike Missiles. This blew a hole straight through the vessel causing catastrophic damage. Facing destruction, the Vengeful Spirit was forced into an emergency Warp Jump. Abaddon was faced with the prospect of losing his prized flagship and key symbol of authority. The Despoiler was forced to withdraw from Vigilus to reach the Vengeful Spirit before it made its Warp transition.

In the aftermath of the Vigilus assault, Abaddon has set the Vengeful Spirit on a course for the nearby Chaos Knight world of Dharrovar. 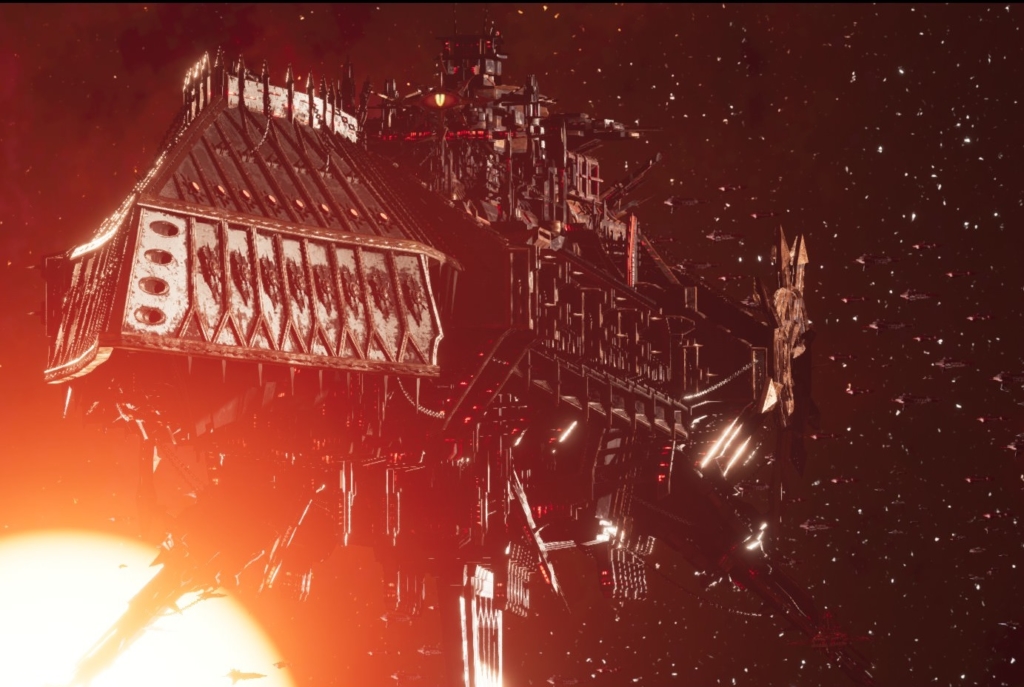 ~The big question – Under Abaddons’s command will the Vengeful Spirit make it to orbit above Terra – a second time? 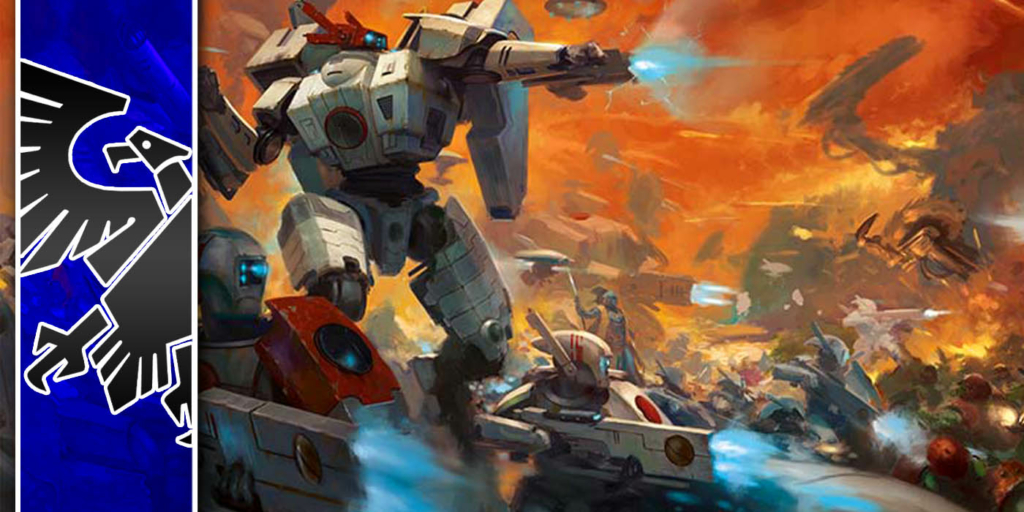