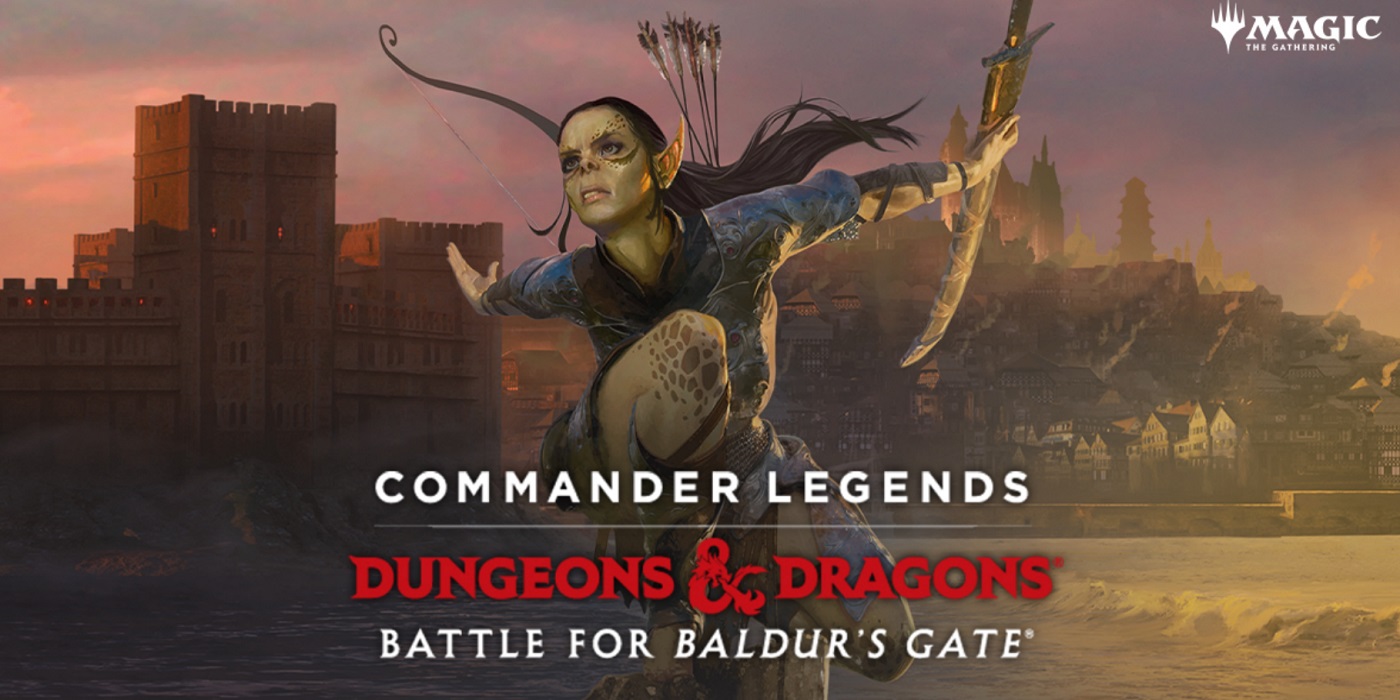 Some of upcoming cards for Commander Legends: Battle for Baldur’s Gate have leaked. And among them are a few familiar faces.

Baldur’s Gate sparked a roleplaying renaissance. And now, 24 years later, that renaissance spills over into the upcoming Commander Expansion, Battle for Baldur’s Gate. Today brings us a new pack of leaked cards. They’ve been making the rounds, they can be found currently on imgur, but they seem to originate from TikTok user @wavymizukage: 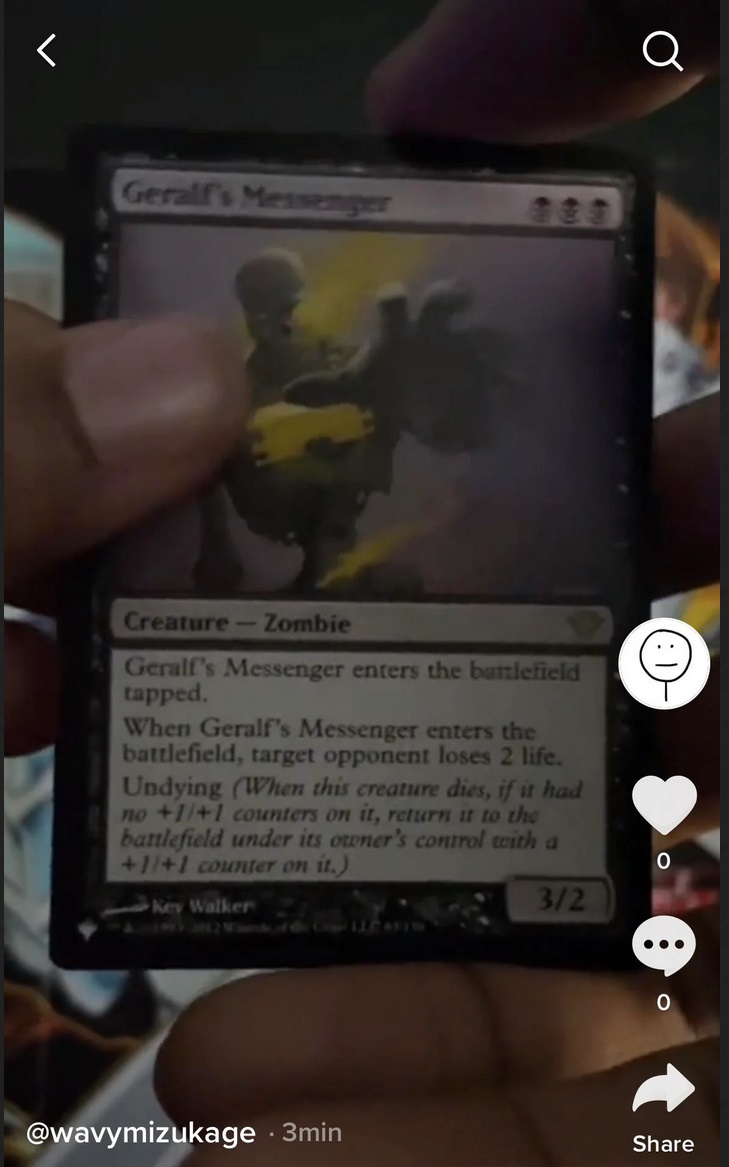 Anyway, let’s take a look at the leaks. First up, a True Soul zealot, taken straight from the current Baldur’s Gate 3. 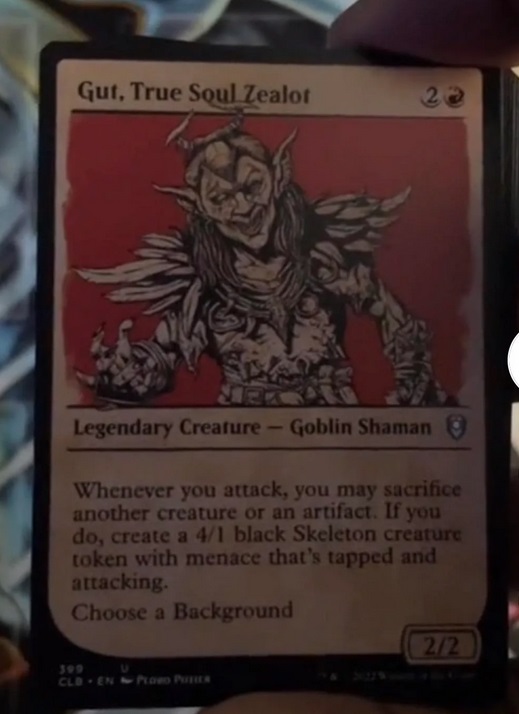 This goblin shaman is an attacking sacrifice engine that creates 4/1 skeletons and lets you pick a Background. A mechanic that plays in the set. 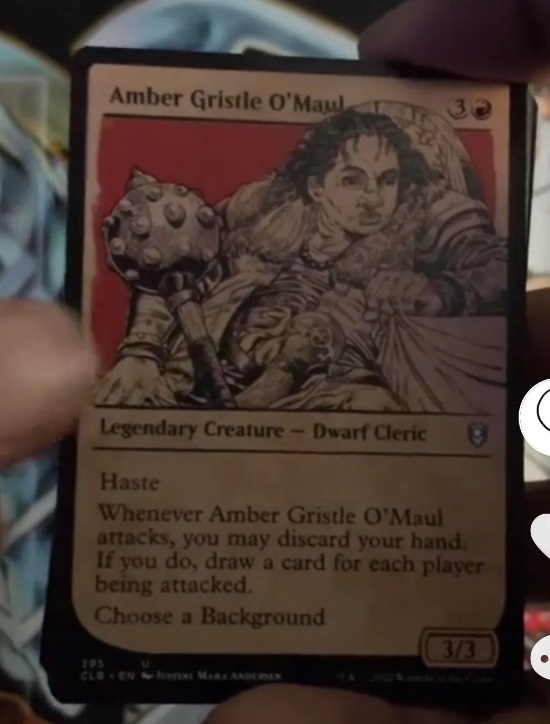 You might also try Amber Gristle O’Maul, whose reputation as one of Jarlaxle’s agents has earned her no small amount of respect, even if she does have an unfortunate nickname. Even so, Ambergris is sure to help anyone who has her on their side. 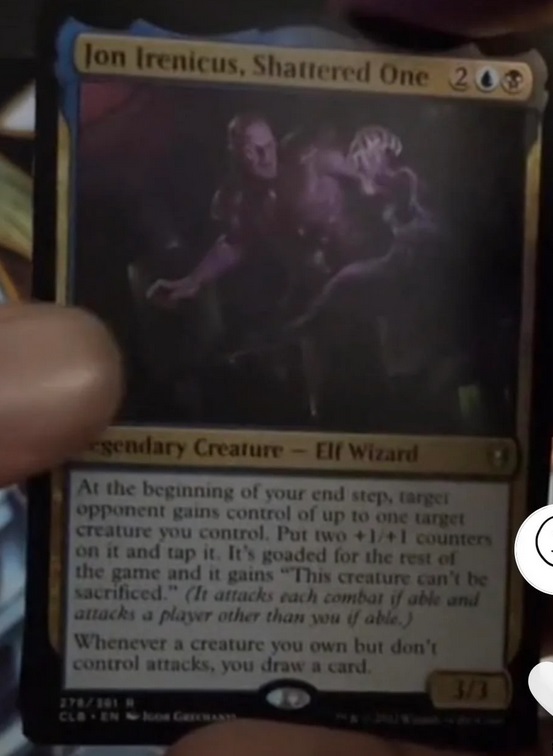 Finally, we have the villain of Baldur’s Gate 2. Jon Irenicus. This exiled mage was cast out from the elven lands of Sundalesselar and stripped of his elven immortality by the Seldarine. Instead he became a mage obsessed with power and voiced by David Warner, who will tell you that there are five lights.

More awaits in the Battle for Baldur’s Gate 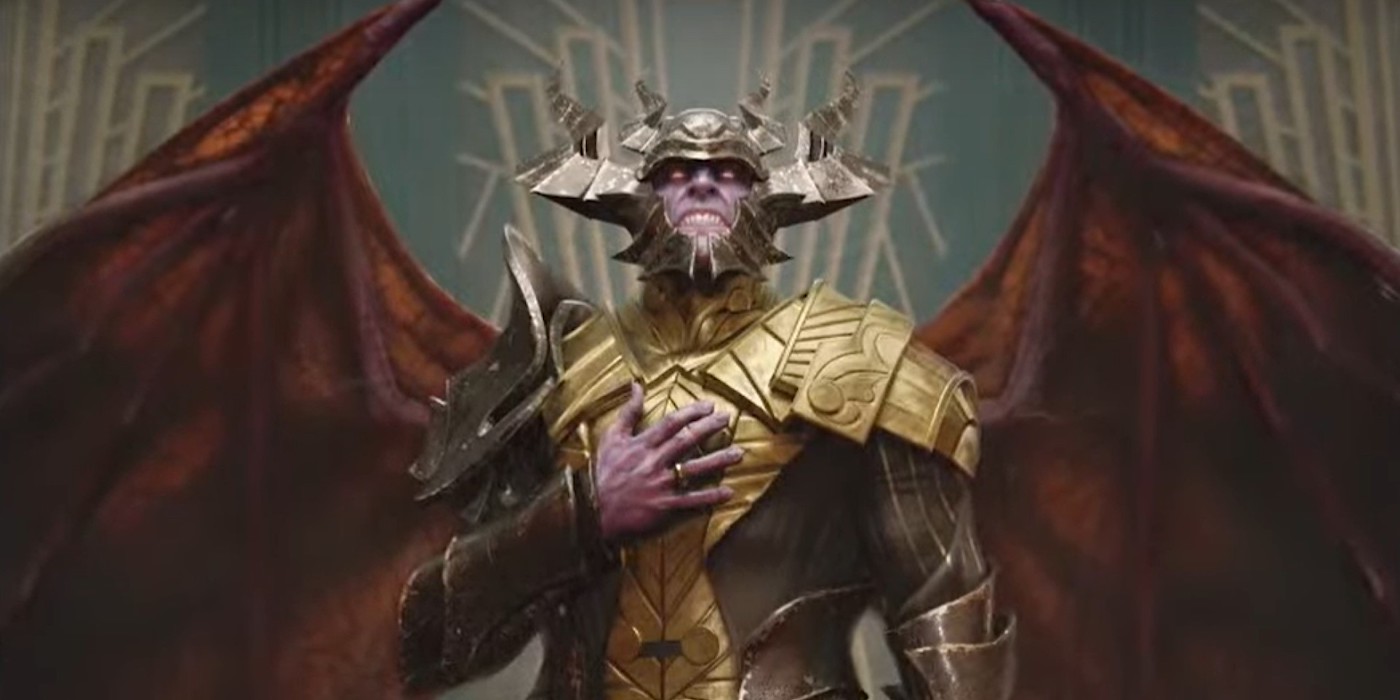