Age of Sigmar: The Deathmaster Can Still Launch A Surprise Assault 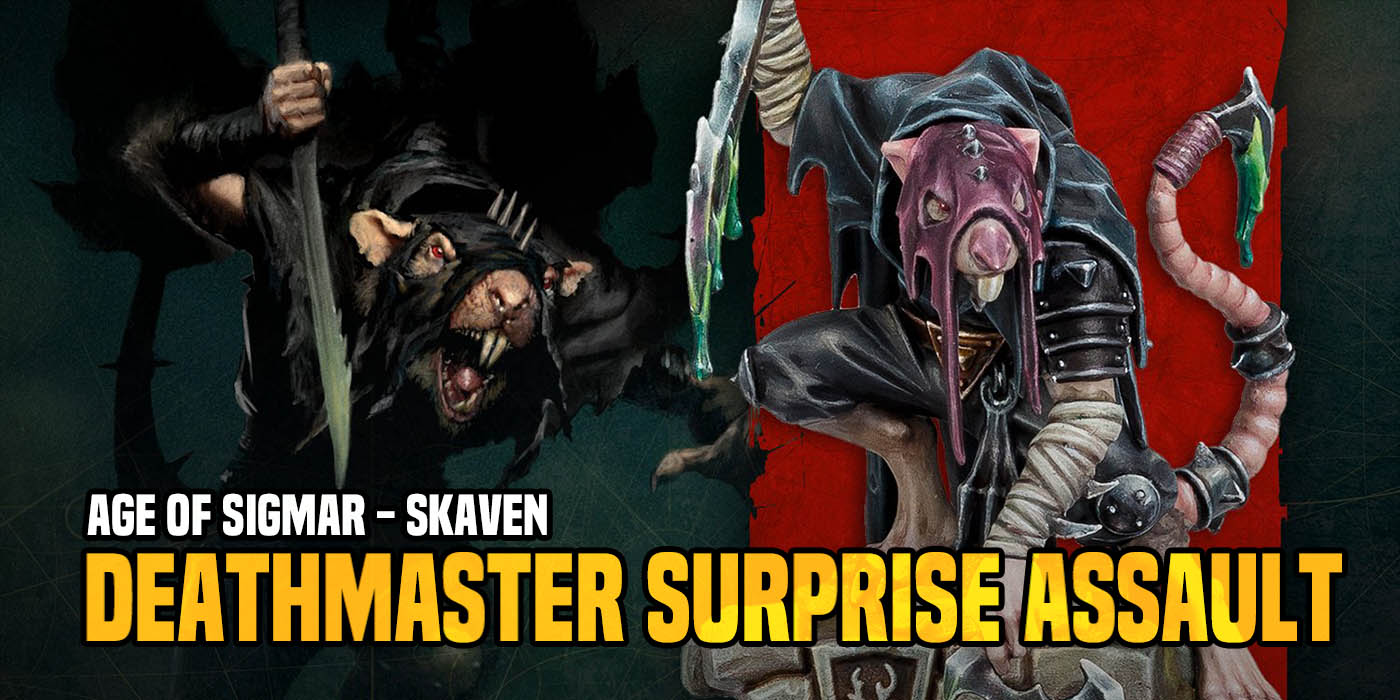 The Deathmasters are the most dangerous assassins in Clan Eshin. But how do they get to their prey without being spotted? Like this.

While the Deathmasters are absolute monsters in tiny packages at the end of the day they are still just a Skaven rat-man. They aren’t particularly tough or tanky. And, if caught out in the open, they are easy pickings. But one thing they aren’t is dumb. In fact, they are quite smart and sneaky. By the time you see on the tabletop it’s likely they are already engaged in combat and stabbing away. How? It’s all thanks to their special rule: Hidden Killer. 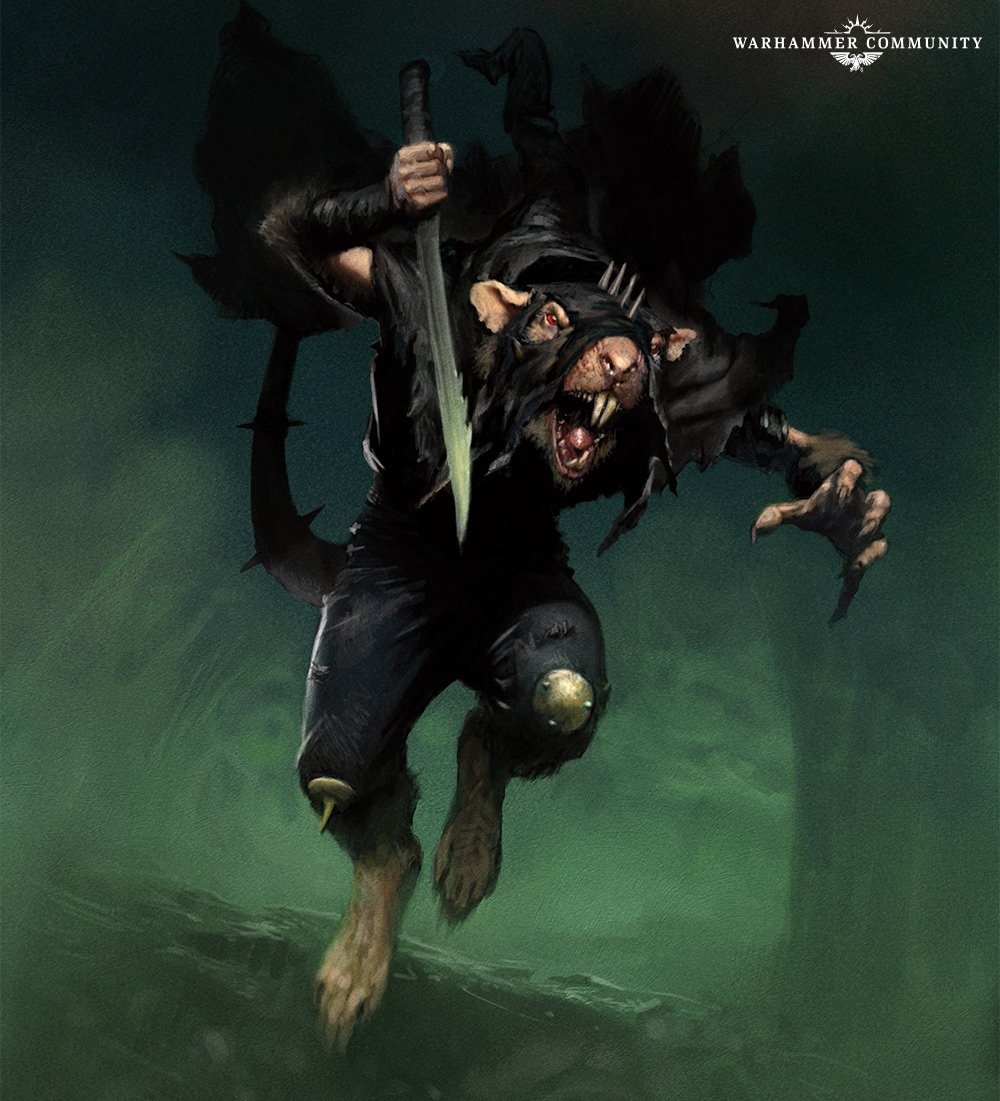 Refusing to get into anything close to a fair fight, Deathmasters lurk within teeming throngs of Clanrats or Stormvermin as Hidden Killers, leaping out when the foe is distracted and lashing out with a flurry of throwing stars and savage stabs. 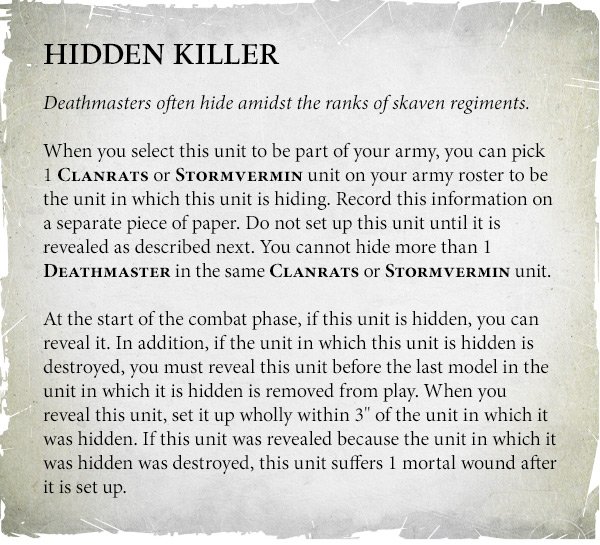 Note that there is no restriction about “not being within X” of an enemy unit.” That means they can pop out and land right in engagement range. Not too shabby! 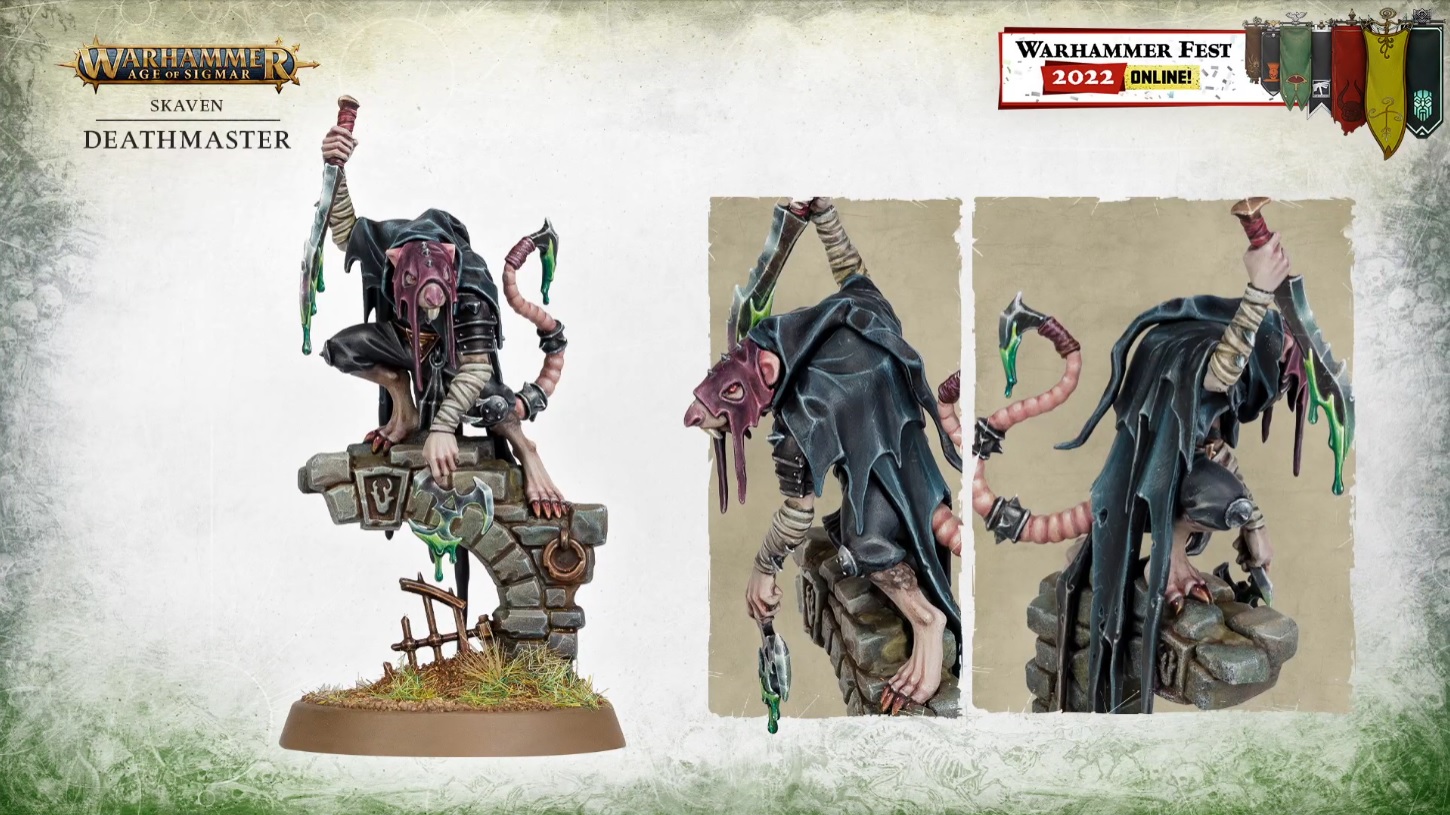 Obviously, if you’re looking to avoid getting a hidden Deathmaster surprise then you’re going to want to attempt to kill the unit before they get close enough to deploy their Deathmaster. First up, that’s easier said than done. Secondly, even if you do manage to kill the unit, the Deathmaster still gets to hop out and take a Mortal Wound. I think that’s a fair trade.

So now that we know how they get into combat should the enemy be worried about them? Well, yeah! 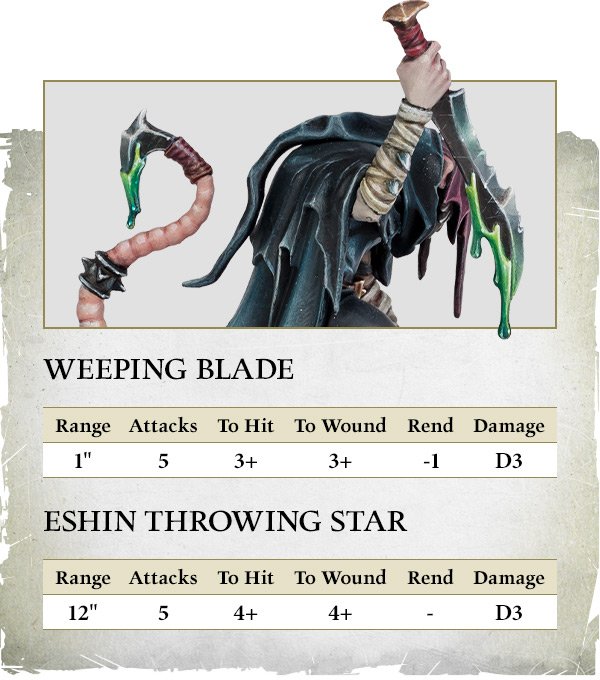 His Weeping Blade attacks are nothing to scoff at with the potential to do up to 15 damage! And if you think your high armor save is going to save you think again. 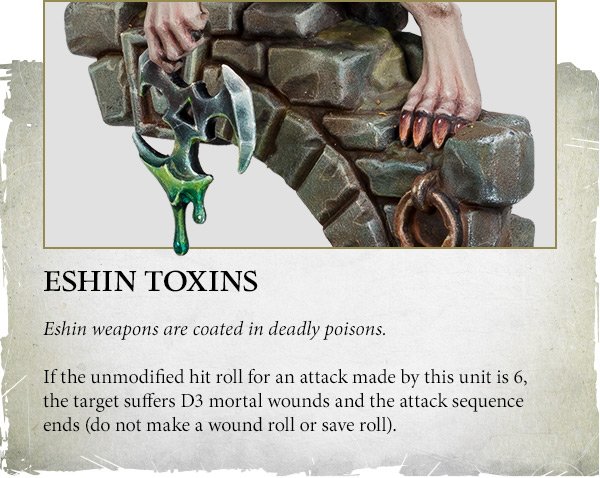 Eshin Toxins are no joke either. Unmodified 6s to hit turn into D3 mortal wounds instantly. You do NOT want to get that in your bloodstream. Really the only big downside to the Deathmasters these days is that you can only fit one in a unit. Sigmar help us if they could stuff more of them in there! 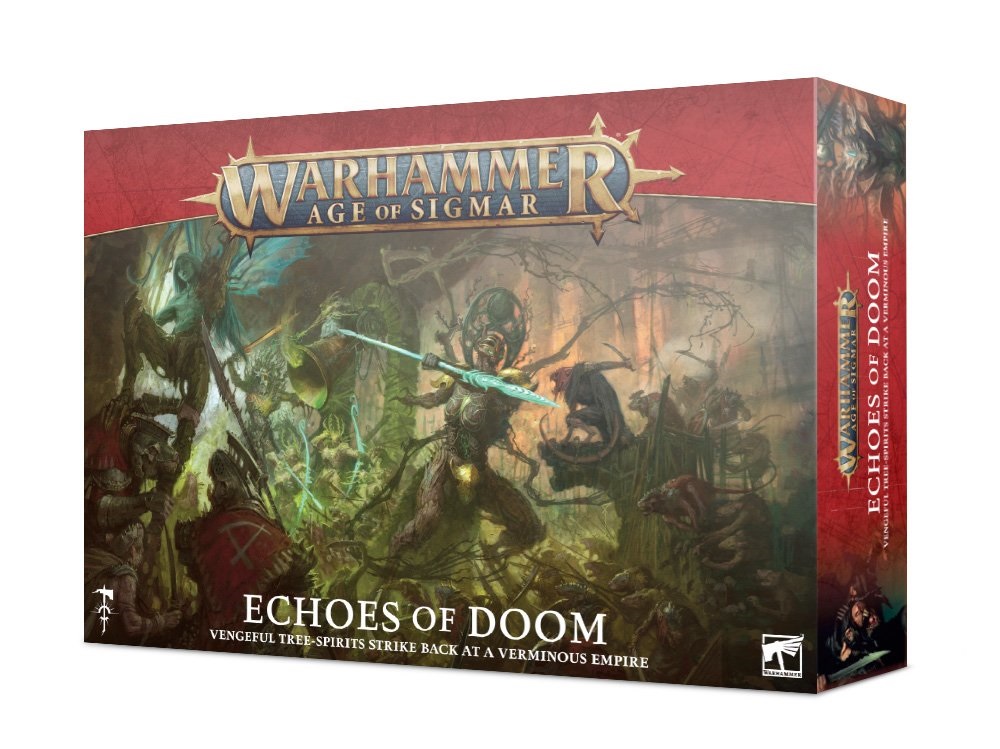 The Echoes of Doom box is coming soon and it’s your first place to snag the new Skaven Deathmaster!

Echoes of Doom? Should have called it chittering death… 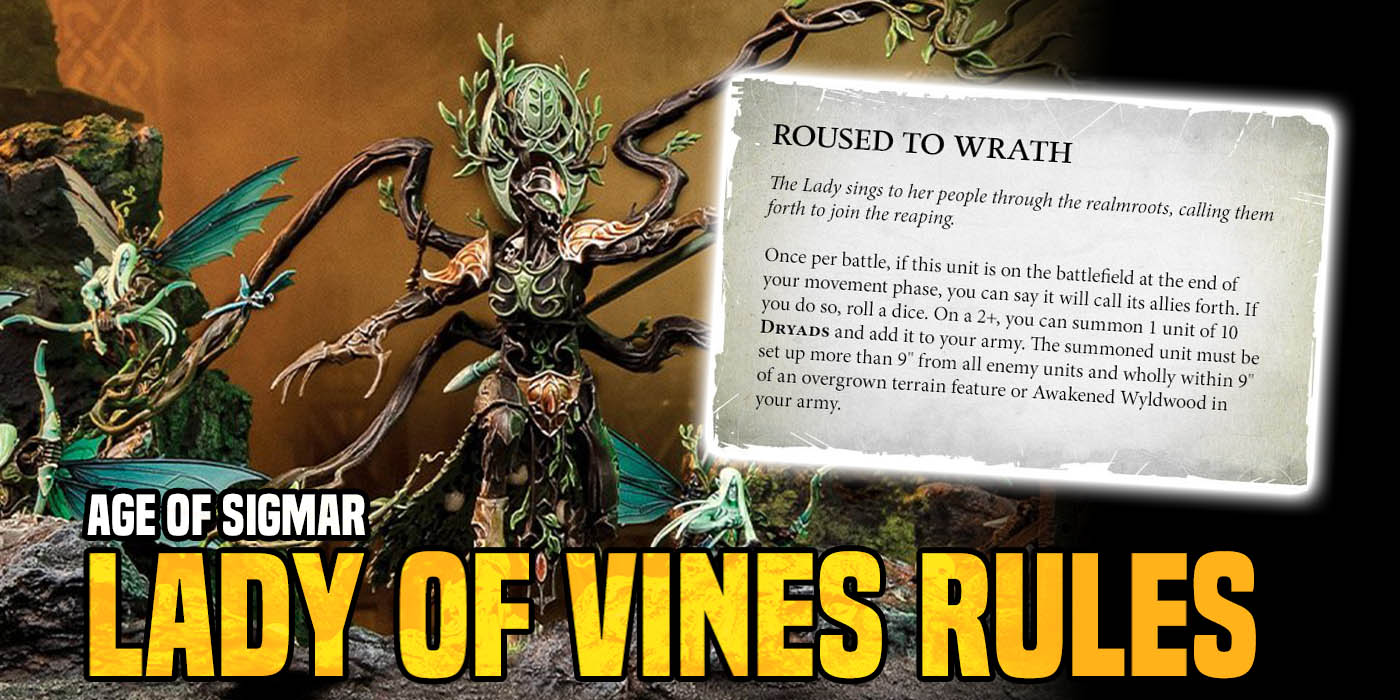