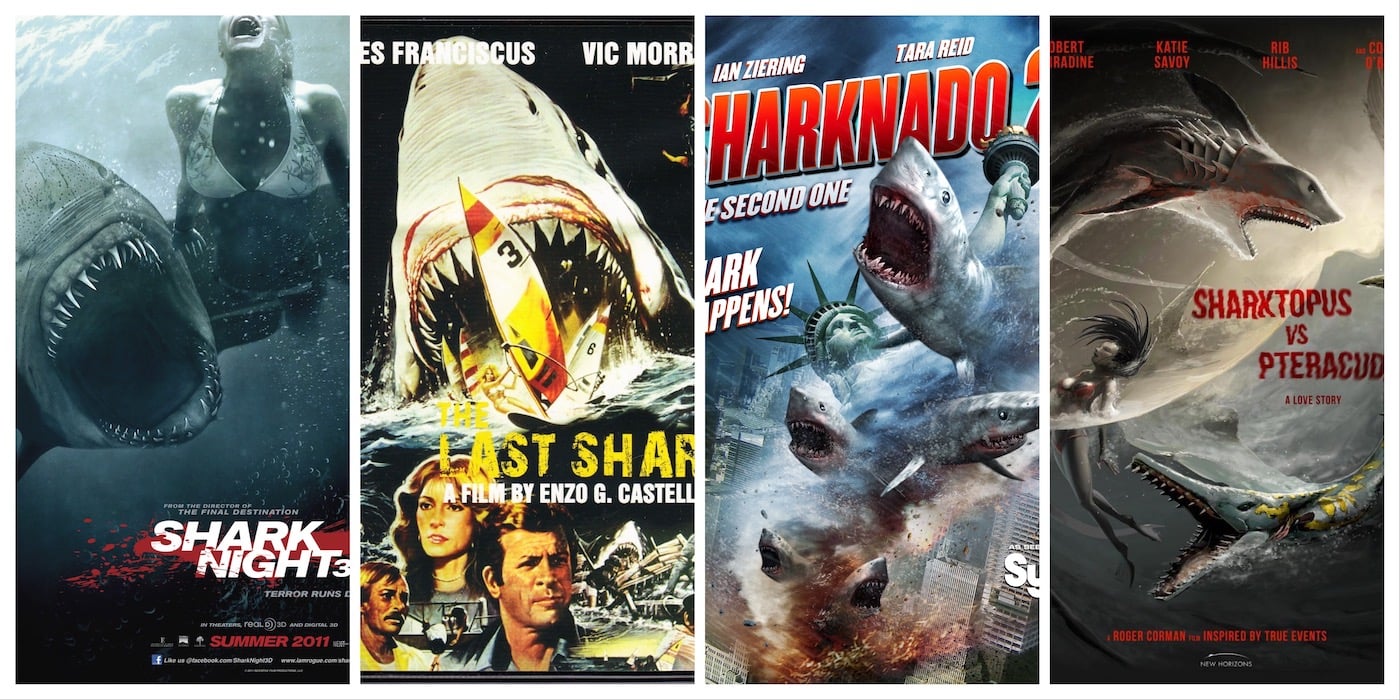 Since Jaws hit the big screen, shark attack movies have become a summer tradition. There are a ton of them that range from realistic thrillers like The Shallows to historical adventures like Kon Tiki. I’m not here to talk about the good ones, though. These are the most outlandish, stupid, and bad. 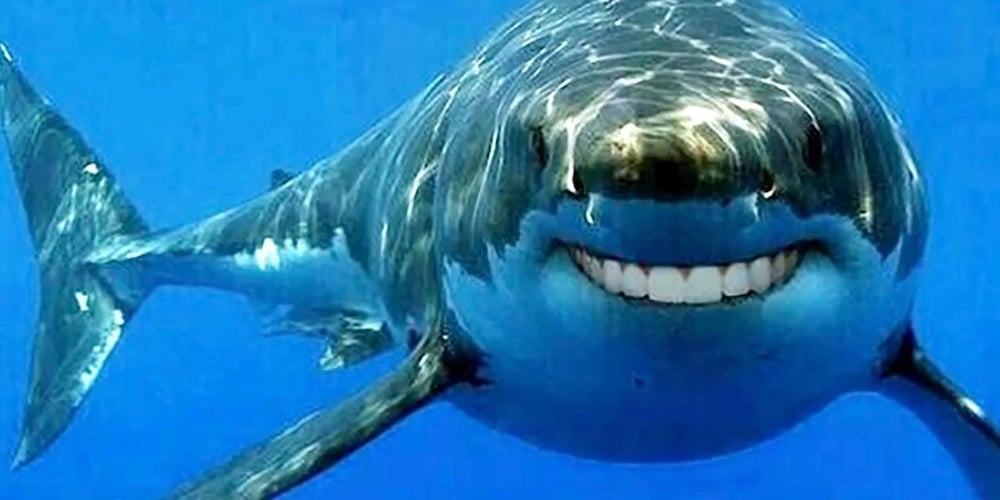 The Last Shark aka L’ultimo Squalo

This 1981 low-budget Italian rip-off/sequel to Jaws stars Peter Benton as horror novelist James Franciscus. The writer tries to save a coastal resort town from a giant great white whose screen time is mainly made of stock footage from nature films. There’s a greedy mayor and a grizzled boat captain, the works. It definitely hits the criteria for so bad it’s good.

This is smack in the middle of direct to DVD B-movie. Animal smugglers lose track of an exotic shark they’re transporting in the swamps of Louisiana. Chaos and death ensue with the added bonus of alligators. This one stars Kristy Swanson (the original Buffy the Vampire Slayer) and MLB Hall of Famer Wade Boggs (who makes a bunch of corny baseball jokes). If you enjoyed Anacondas: Trail of Blood, you’ll enjoy this. 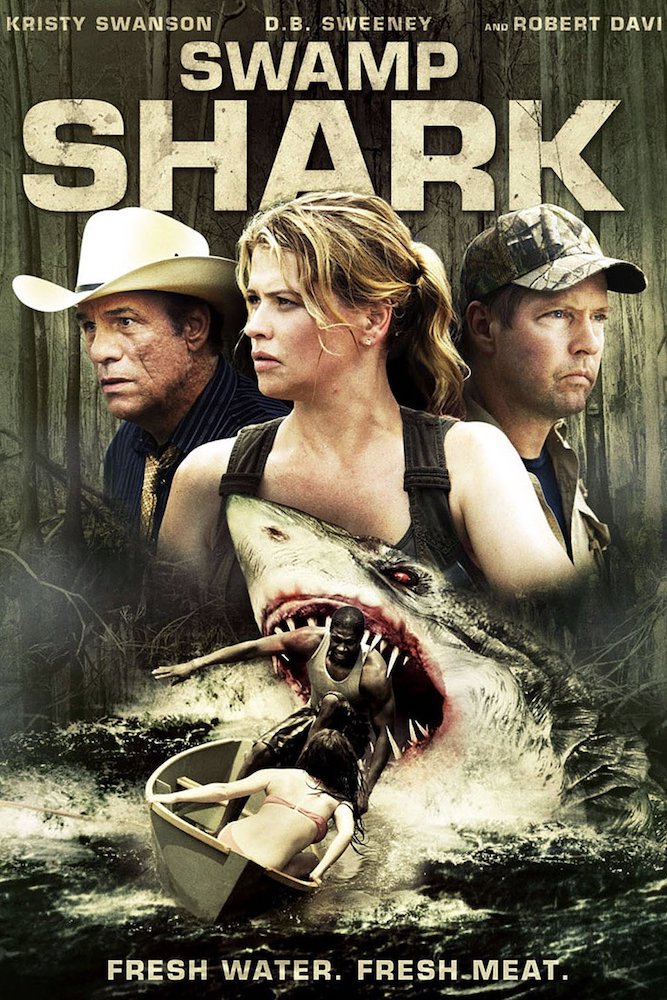 The stereotypical summer vacation movie meets a lot of sharks. It’s from the guy that created the Final Destination franchise and the producers of Hostel. You know where this is going. People get fed to sharks by other people for amusement and money. There’s an excess of scenes of sharks leaping out of the water and some really dumb kills. It makes for a great gather in front of the TV and yell at the characters being stupid movie.

“Shark Night 3D is a horrible film that is one of the most unoriginal pieces of crap I’ve seen in quite some time.” – Alex R. on RT

It’s a shark ghost! Folks torture and kill a great white shark, and it comes back to haunt them with its massive ghost jaws. It’s a SyFy original. As you can see, it stars a pretty massive see-through chondrichthye. It also has a sequel – Ghost Shark 2: Urban Jaws. 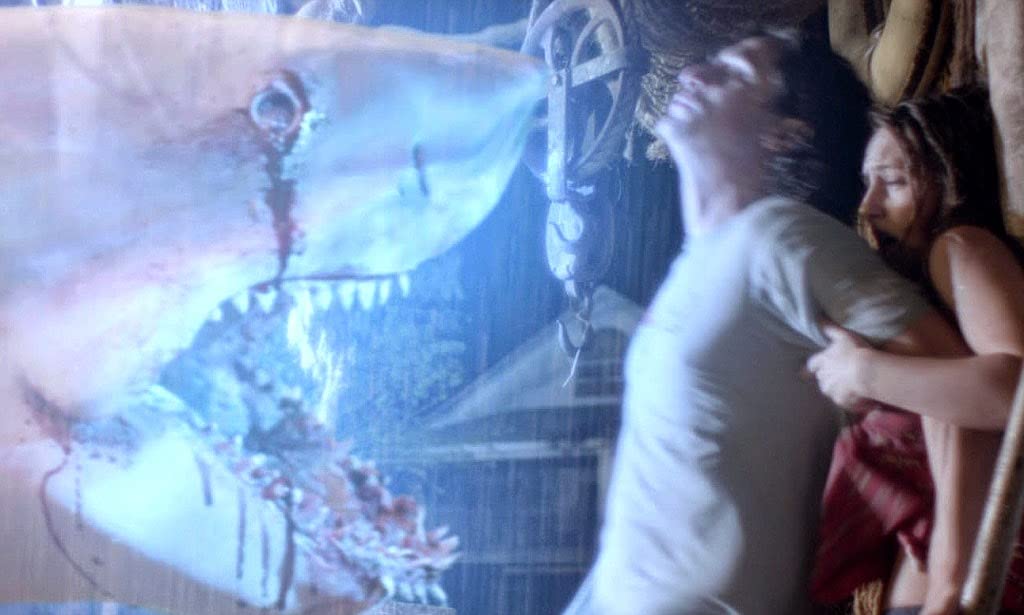 It’s a shark that is also a dinosaur, and it’s terrorizing the Mexican coast. The movie also stars Eric Balfour, who you may know from Six Feet Under and 24 (he made this after those).

I’m just going to rely on the official synopsis:

When a mad scientist mixes the genes of a killer whale and a wolf, it creates the Whalewolf, and it’s up to Sharktopus to stop it.

A mutated, three-headed, great white shark eats tries to eat its way through a ship and its crew/passengers. They have to fight the massive predator with anything they can find. The cast includes Danny Trejo, which is why I picked it over the others in the series. There are also 2-headed, 5-headed, and 6-headed shark sequels, so you can make an entire day of it. 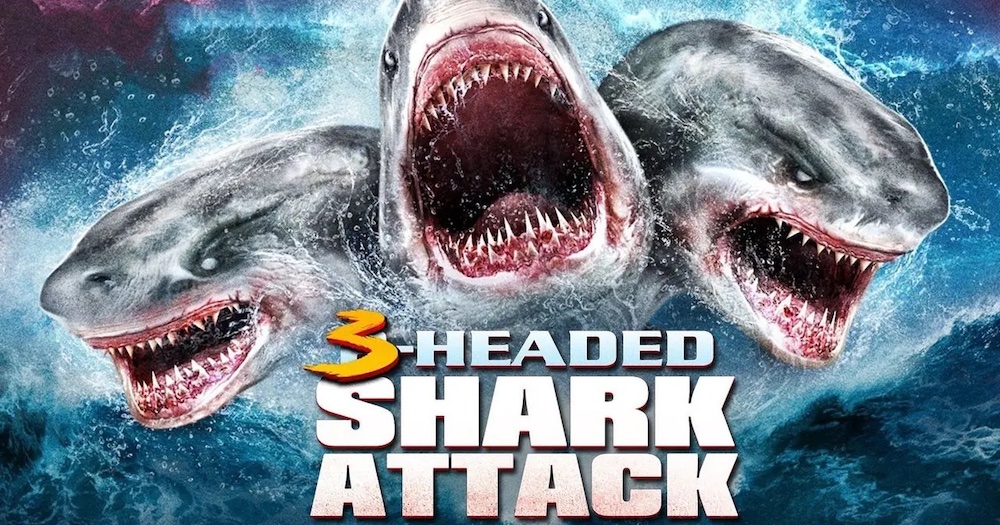 Sharks Where They Definitely Shouldn’t Be

Sharknado 2: The Second One

Putting your deadly shark(s) in the ocean is so predictable and passé. Let’s put them in some impossible and stupid places! The classic Ian Ziering disaster franchise from SyFy went on a bit too long, but its early movies managed not to drag. There are sharks in the air, sharks in space, sharks in bars, and sharks being killed by chainsaws and surfboards. It has every trope ever plus some of the most eyeroll-inducing one-liners in cinema. I chose the second movie for its ridiculous opening sequence where sharks attack a plane and its celeb cameos that include Billy Ray Cyrus. It’s pure chaos and still manages to be stupid fun.

A bikini contest at a ski resort (sure) goes wrong when a literal avalanche of ancient snow sharks threatens to kill everyone. The ice-covered sharks swim through the snow, taking out vacationers at the knee with their rows of teeth. Yeah – there’s no way to make that scary. The “is that a cute little shark on my leg”  kills are… something.

Steven Kang’s Sharks of the Corn

The cornfields of Druid Hills, Kentucky are infested. With sharks. Victims of the monsters in the field keep cropping up. Something must be done. They blew their entire special effects budget at Spirit Halloween. On a positive note: I will say that it manages to be better than House Shark, the worst out-of-place shark movie ever made.

Author: Mars Garrett
Pop culture editor and writer that has been on the BoLS team since 2010. Contributor on the One of Us podcast. Marvel, Vertigo, and dystopian sci-fi fan. Enjoys bad movies, amazing stunt performances, and the internet. Hates rom-coms. (she/they)
Advertisement
Movie and TV Reviews Movies and TV Pop Culture
Advertisement 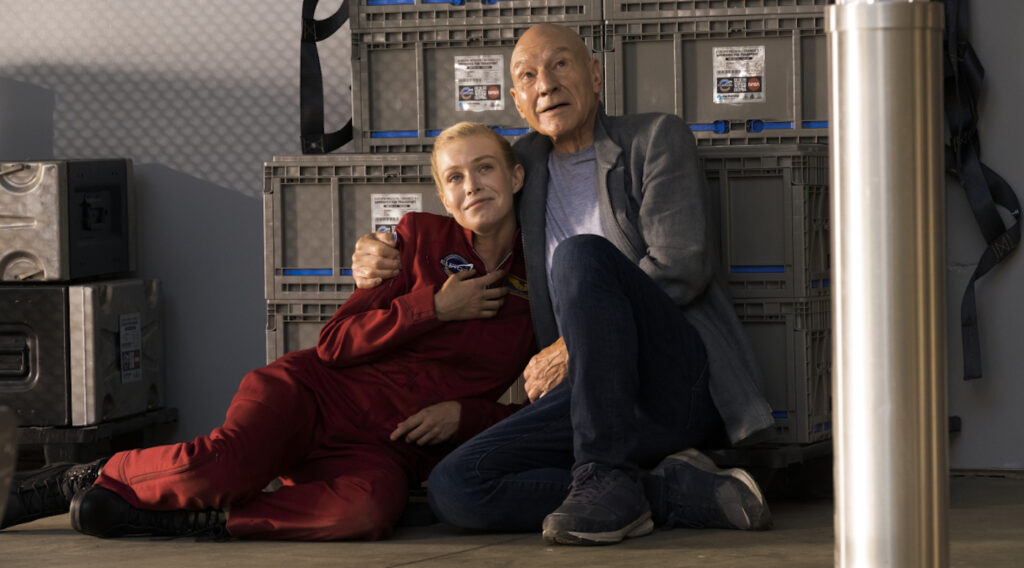