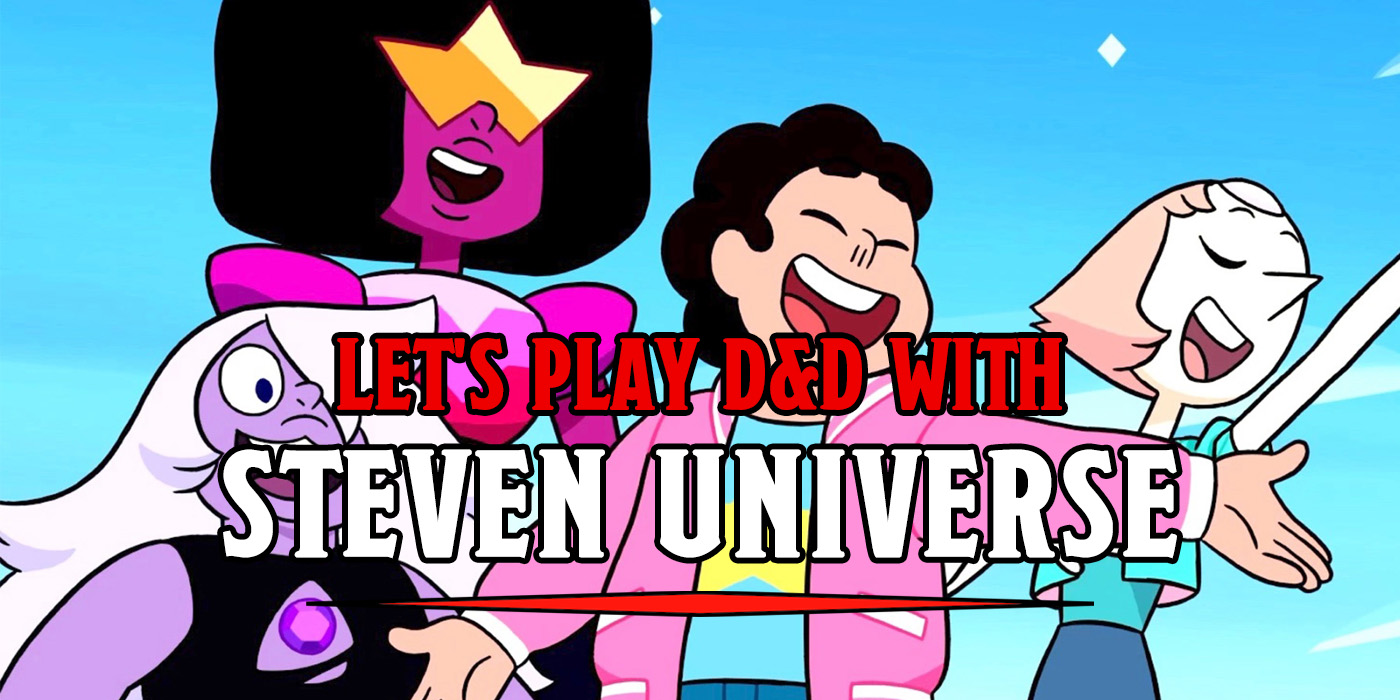 Steven Universe is here to say the day. And if you say he can’t he’ll always find a way. Especially in Dungeons and Dragons.

Steven Universe is one of those mixed bags. The show itself was so good with well written characters, a delightful soundtrack, mysteries that stayed engaging for entire season and decent LGBT representation despite some serious network pushback. But on the other hand, that fandom. It’s not often that the Star Wars kids can look at another fandom and say, “Oof.” But if you found your own little niche the show and its characters were all great. And doesn’t the team of adventuring pseudo-humans with different specialized abilities sound a lot like D&D? It does to us. So let’s play D&D with… Starting off, you may notice that Steven has a surprisingly high level. I’m focusing more on fairly-competent-teenage-Steven from the later episodes more than earlier child-Steven. The reason for this is simple; younger Steven would be a low level Bard. It would be a boring sheet for a character who’s equip to help others fight kobolds and little else. This version of Steven isn’t exactly the first to rush into battle, but he’ll better hold his own and would be much more fun to play with.

With that in mind, I did give Steven a few levels in Bard as well as the entertainer background. His younger self was mostly interested in singing and inspiring his friends, so it’s perfect. But past that point Steven becomes more interested in learning who he (and his mother) are, how to hold his own in the universe, and maybe even redeeming his mother’s legacy. I’ve never opted for an Oath of Redemption Paladin before, but for Steven’s journey it’s sort of perfect. A warrior using violence as their last resort and looking for redemption through a path of benevolence and justice? I wouldn’t describe Steven as a warrior almost ever, but every other word describes his struggle with Rose Quartz’s history perfectly. Also Paladins get Lay on Hands, which easily mirrors Steven’s ability to heal things by licking or kissing them.

I also made Steven an Aasimar. Gems shouldn’t be human. They’re not human and they have super-human abilities. But Which variety of not-human can be up to some debate. I’d argue Elf for some, maybe Orc or Half-Orc for others. In Steven’s case I liked the idea of Aasimar because of the almost goddess like nature of Rose Quartz. Of course, Steven should only be half, but I think he has enough of his mom’s powers and abilities to overlook that technicality at the table. 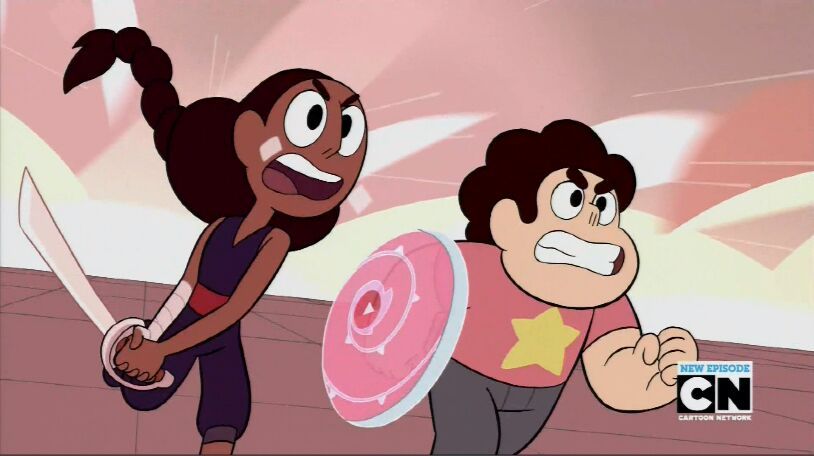 For spells and weapons, I tried to pull as much from the source material as possible. Steven has a shield and sword from his mother. He doesn’t use the sword as much as Connie, but he should still have accesses to them in a game. As for spells, I focused a lot on protection, healing, buffing, and friendship. Animal friendship especially is an important part of Steven’s character arc, so I was sure to include it both as a spell and a feat.

How would you make Steven Universe for D&D? Which of the Gems would you play in a D&D campaign, or are you more of a Connie or even a Greg? What show, movie, comic, or game should I make sheets from next time? Let us know in the comments!