Star Wars: The Jedi Who Loved a Sith – The Quinlan Vos Breakdown 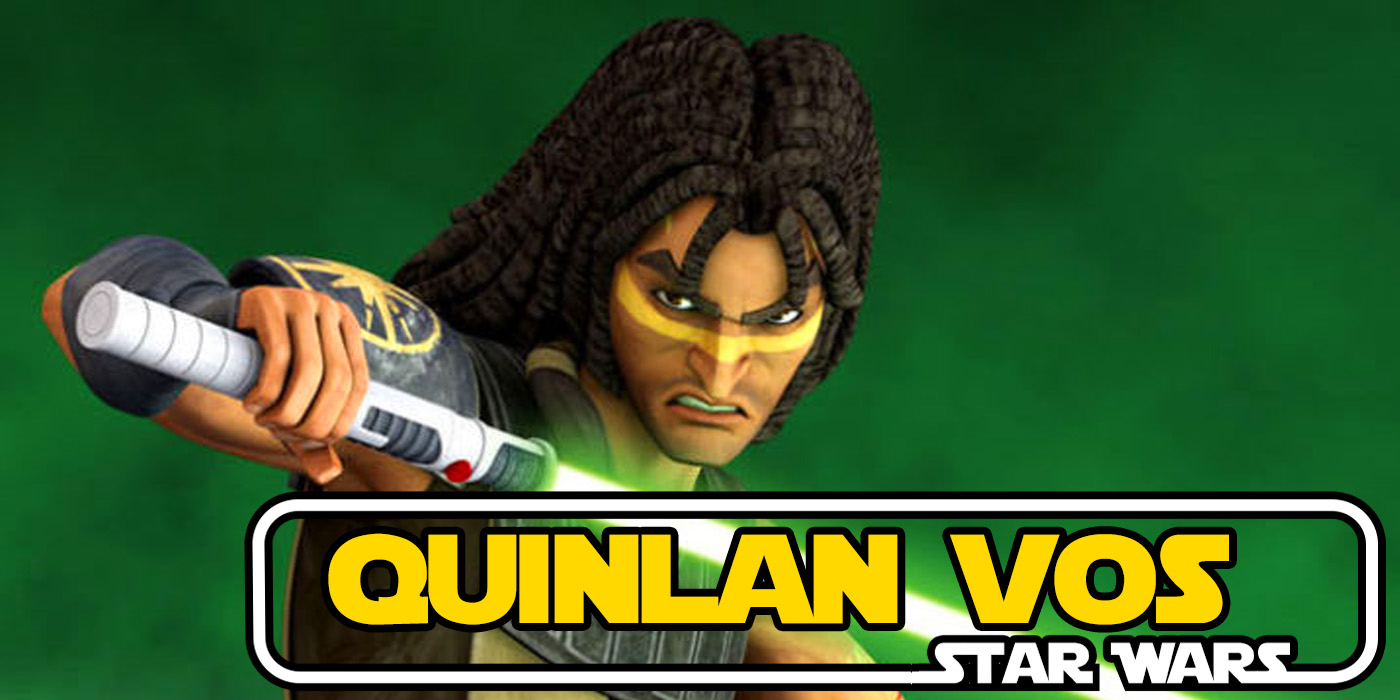 Breaking all of the rules, turning to the dark side, and helping force sensitive kids escape the Empire, Quinlan Vos has done it all.

The name Quinlan Vos has popped up a few times in Obi-Wan Kenobi whether spoken aloud or in writing. But who was this Jedi and why are we all keeping an eye out for him? Let’s discuss. 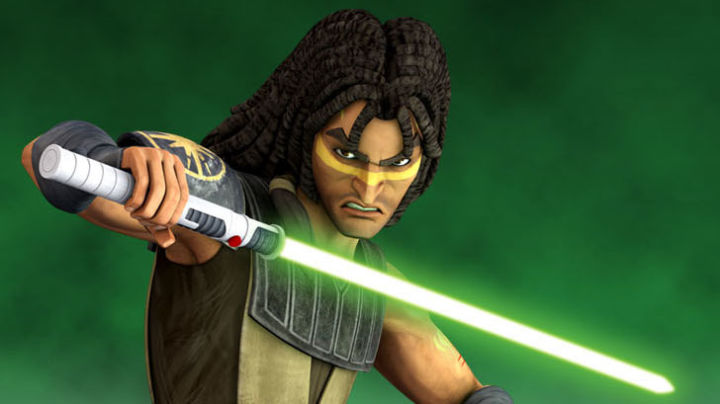 Born on Kiffu and brought to the Jedi Temple young, Quinlan Vos grew up considering the Temple home. He apprenticed under Master Tholme, and was a mischievous kid. He got into fights, slept in the library, and generally made pretty run-of-the-mill kid trouble. But Quinlan also had a fairly rare ability. He was able to touch an item belonging to somebody else and experience their memories through it.

Eventually he rose to the rank of Jedi Knight, though like Qui-Gon Jinn he was considered a “maverick” as he didn’t always follow the Jedi rules to the letter.

Throughout the Clone Wars, Quinlan worked alongside Kenobi a handful of times. His expert tracking skills helped the two navigate the swamps of Nal Hutta on a mission to find Ziro the Hutt.

But in this time he would also work along side Asajj Ventress. The Jedi was given the job of assassinating Dooku in order to prevent further loss of life at his hands, and it was believed that he should work with Dooku’s former apprentice, Ventress. The two had a bumpy first meeting, but eventually Quinlan won Asajj over and the two spend a few weeks working together and taking jobs. Eventually Obi-Wan Kenobi pressured Quinlan to try and fully turn Asajj against her former master. But Quinlan instead kept his true identity from her for another couple of weeks and a number of missions. 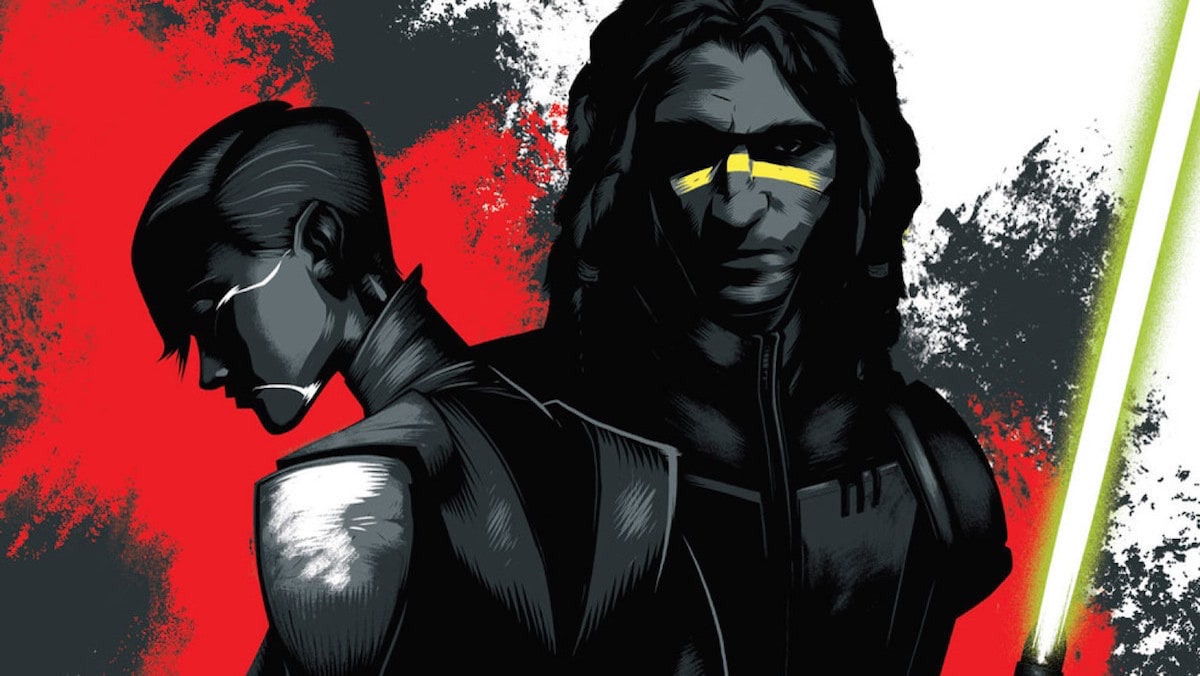 When he did finally reveal his true self, Asajj was surprisingly amicable and agreed to assassinating Dooku, but insisted that the job would not be possible without using the Dark Side of the Force. She used Nightsister methods to introduce him to the Dark Side, and eventually Quinlan Vos slipped and both entered into a romantic relationship with Asajj and gave into his anger during a duel. When asked what he would do after they completed their mission, Quinlan said that he would not be returning to the Jedi.

Their assassination attempt failed horribly and Quinlan Vos was captured by Dooku while Asajj escaped. He fell farther to the Dark Side and agreed to be Dooku’s new apprentice. When she returned to rescue him, Vos lashed out and forced her to leave. Then Dooku had Quinlan work as a double agent, return to the Jedi and leak information back to him. But the Jedi saw through this quickly and sensing that he wouldn’t be useful for much longer Dooku took an opportunity to kill both Quinlan and Asajj at the same time. Ventress saved Quinlan from the black, which caused him to turn back to the Light Side.

It’s clear that Quinlan Vos survived Order 66. Though he was publicly presumed dead, Vos was a priority target for the Inquisitors. He seems to be helping force sensitive people escape the Empire and live in relative safety.

What is your favorite Quinlan Vos moment or quote? Did you read Dark Disciple? Do you think he is still helping move force users, or that wall carving is old? Let us know in the comments!

Star Wars: Dolores from Imperial HR Cosplay Enforces the Rules of the Empire 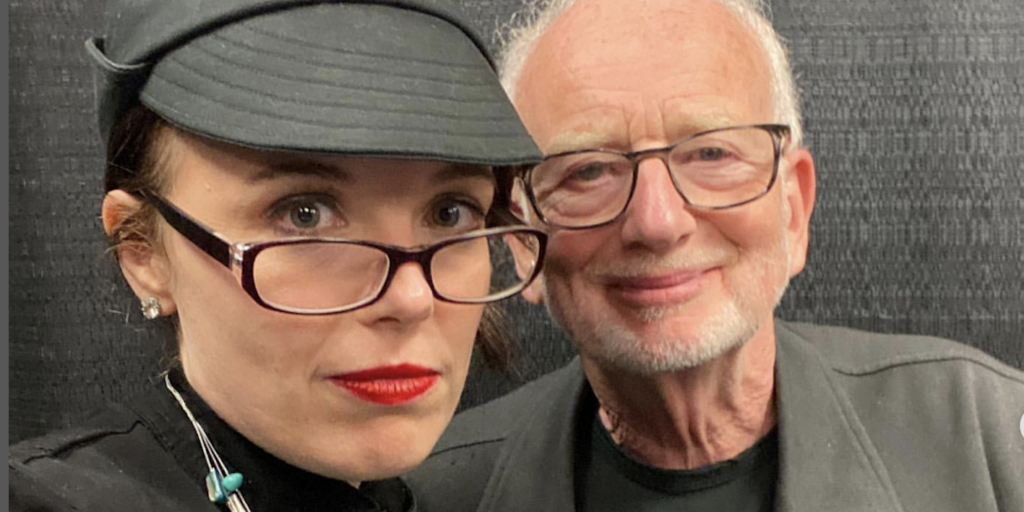