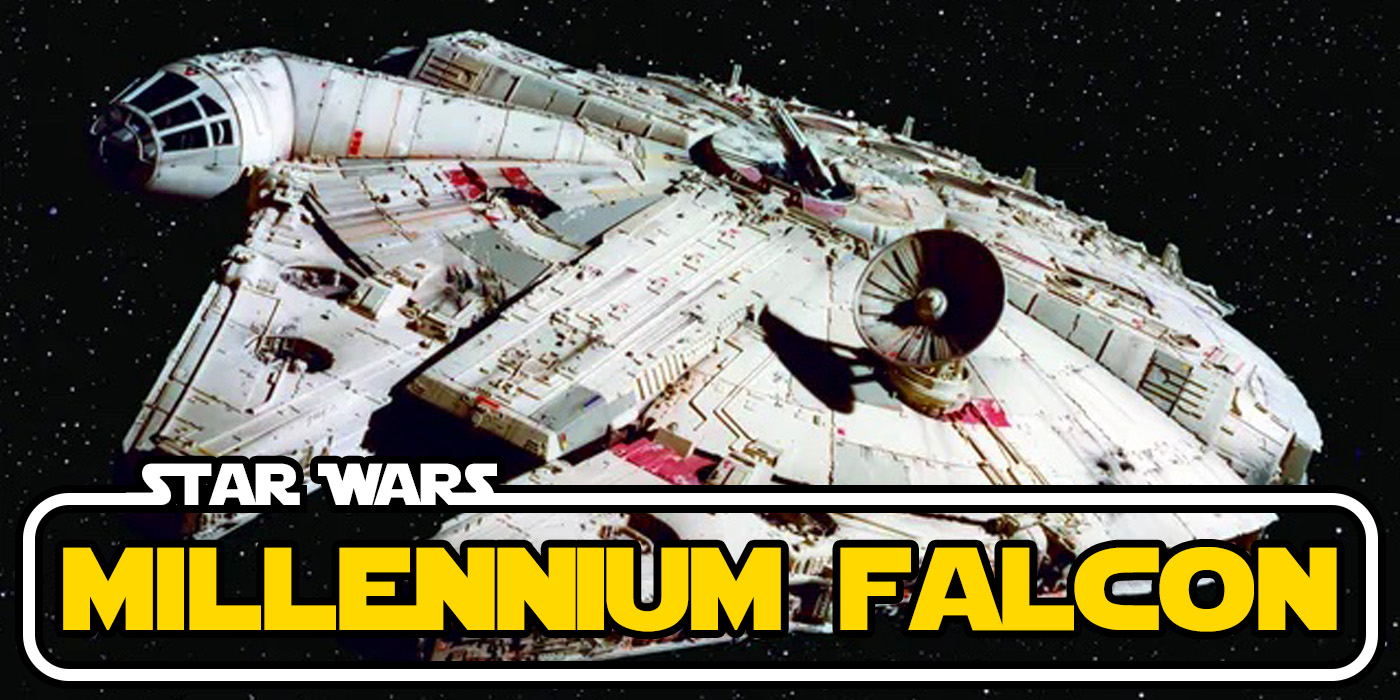 She’s the fastest hunk of junk in the galaxy, the only ship to make the Kessel run in under 12 parsecs, the Millennium Falcon.

Is there a ship more infamous than the Millennium Falcon? She can outrun Imperial starships–and not the local bulk cruisers, mind you, but the big Corellian ships. This YT-1300f light freighter is one of the most heavily modified ships in the galaxy. Today, we breakdown the smuggler’s best friend, the one and only Millennium Falcon.

One could say the Millennium Falcon was a YT-1300f light freighter. And technically you’d be correct. But that would be like saying Darth Vader was Anakin Skywalker. Sure, but entirely rebuilt.

And so was the Falcon. Including the cockpit, the outer hull may resemble the convex saucer and front-facing mandible design of the Corellian freighter. But the Millennium Falcon is an entiry different ship under the hood.

Beneath its chassis, the Falcon has very little of her original parts. Take the Girodyne SRB42 sublight engines. A previous owner made illicit modifications to them, rebuilding them to support a SLAM overdrive system. This allowed the Falcon to pull off deceptively fast bursts of speed.

This meant that the Falcon could attain a top speed of 1,200 kph in atmosphere and 3,000 G in space.

And speaking of speed, the Falcon‘s stock hyperdrive was replaced with a heavily customized Isu-Sim SSP05 Hyperdrive.

It had been jury-rigged to operate at even higher speeds. The Millennium Falcon traded in reliability for potential, and was given to frequent failures.

Still, it was deemed a “class 0.5 hyperdrive”, meaning it would go twice as fast as most of the warships in the Galactic Empire. 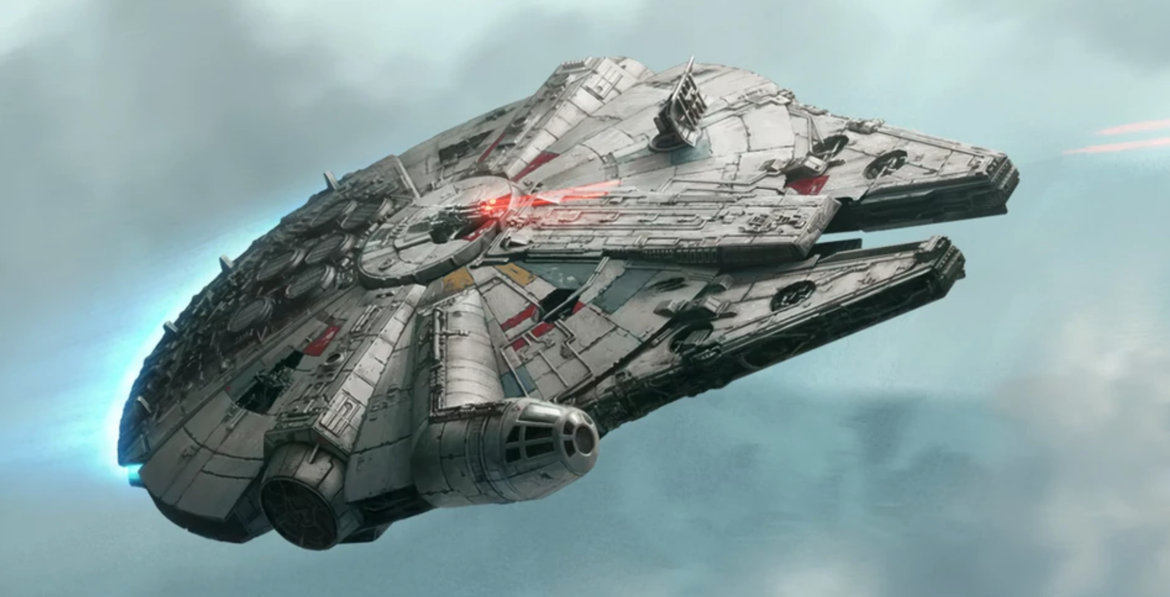 When it came to weaponry, the Falcon bore resemblance to a freighter in name only.

She was armed with two CEC AG-2G quad laser cannons. The ship was also custom-fitted with enhancements to give them extended range and firepower over the stock models.

Two Arakyd ST2 concussion missile tubes, and a BlasTech Ax-108 “Ground Buzzer” blaster cannon gave it a surprising punch. She could bruise even much heavier ships in a pinch.

And it could take a punch, too. Duralloy plates meant for an Imperial cruiser gave the Falcon capital ship-class hull armor. And before worrying about punching through that, attacking ships would have to bypass three deflector shield generators.

The History of the Millennium Falcon

The Millennium Falcon has played an important role in many galactic events over the years. It was originally called the Stellar Envoy, and renamed after the original ship was damaged in a collision. The Falcon was given its name by Lando Calrissian, who won the Falcon in a game of Sabacc. Calrissian repurposed the ship to be built for speed. But when Han Solo took command of it, it became a smuggler’s delight. There are countless sensor-proof smuggling compartments built aboard. And they came in awful handy during the Galactic Civil War. 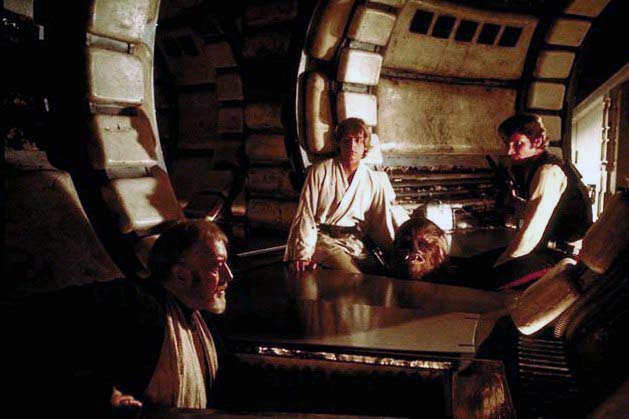 Throughout the conflict between the Empire and the Republic, the Millennium Falcon played a significant role. It rescued Princess Leia Organa from imprisonment on the first Death Star, helping evacuate the planet Hoth, as well as leading the charge against the second Death Star. Truly no ship is as infamous as the Millennium Falcon.

Who was the best pilot of the Falcon?

The Best Dads in the 'Star Wars' Galaxy 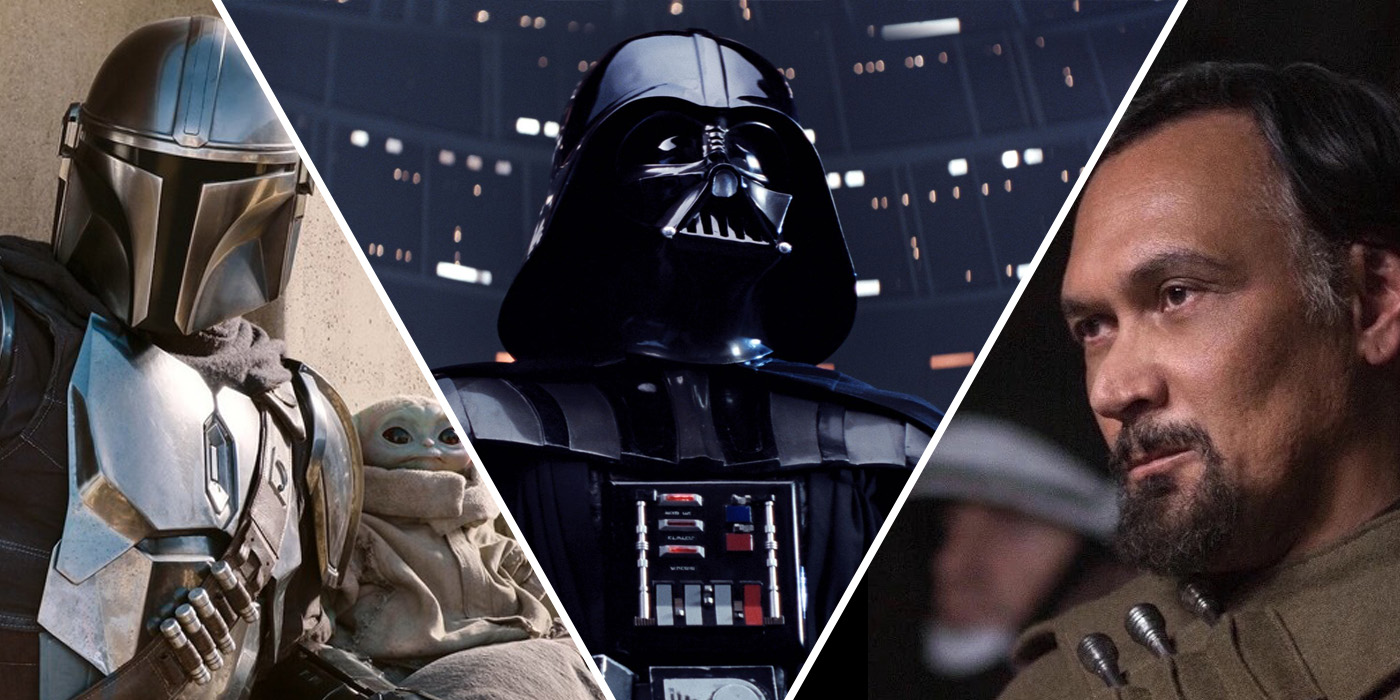