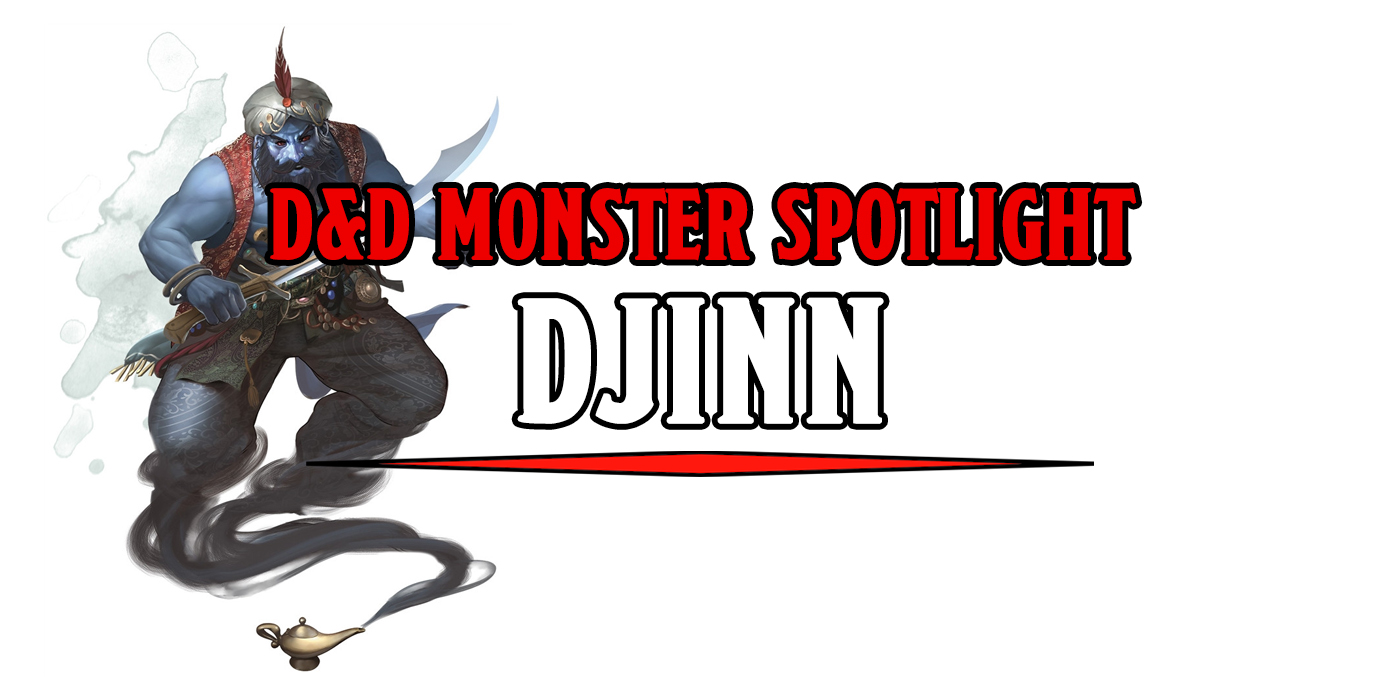 If you find a lamp you just may get a chance to make three wishes, but in D&D the Djinn is just as likely to whisk you away in a whirlwind.

Genies or Djinn are one of the most well known creatures from myth and continue to show up in modern stories to this day. Earlier this month the MCU’s version of Ms. Marvel was revealed to have Djinn origins, and they have been a member of the Monster Manual since edition one. Let’s take a look at D&D’s version of a Djinn. What do they look like? Where are they from? And what should you do if you find yourself in an encounter against one. 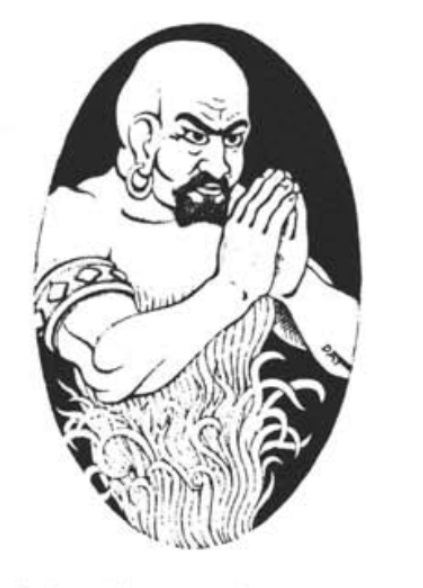 Hailing from the Aerial plane, Djinn are generally Good aligned creatures. Once per day they can do any one of a number of things. For example they can create food, water, or wine for two to twelve people, create soft items indefinitely, or hard items such as swords for a limited period of time. If captured a Djinn will grant three wishes, but some may also attack with the power of a ten-hit-dice monster. 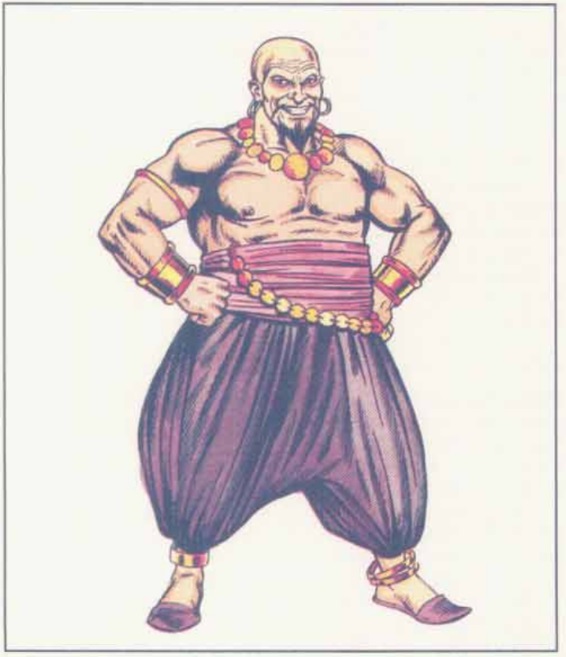 In Second Edition, Djinn are listed as a sub-category of Genies. They are from the Elemental Planes, and only really come to the Prime Material plane when summed specifically by a wizard or priest. Djinn are the variety of Genie that come from the Elemental Plane of Air. They by and large have the same capabilities for magic and wish granting and haven’t seen to undergone much change since First Edition at all. But it’s worth noting that it is nearly impossible to capture a Djinn by physical means due to their whirlwinds. So don’t expect them to sit happily in any lamps. Third Edition’s Genies and Djinn are a little different than pervious versions in small, world building ways. Where as before the Prime Material Plane was a place they generally avoided unless summoned, now Genies will use it as neutral ground for meetings or battles. Djinn are also now described as looking very much like humans, only inhumanly attractive and twice as tall. They generally dislike physical combat, but this doesn’t mean that you can’t get caught in an encounter. Djinn are happy to use magic or aerial abilities against their foes, taking flight and turning into a whirlwind. Only about one percent of the population are ‘Noble Djinn’, or the three-wish-granting variety. 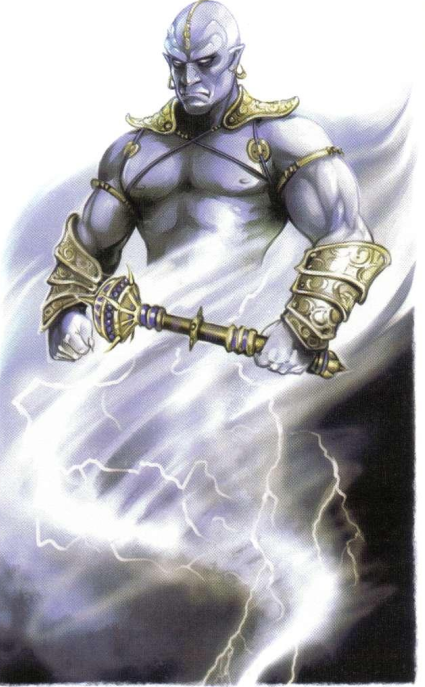 I love 4E’s commitment to making every monster more complex with multiple subcategories of monster to chose from. Was it ever necessary? No. Were there enough monsters before? Absolutely. But 4E didn’t care, 4E wants you to have three times as many creatures to choose from depending on your very specific tastes. In this case, we have the Djinn Thunderer who uses their scepter to crate deadly lighting, the Djinn Stormsword who can use wind to pull enemies towards their scimitar, the Dinn Windbow with their whirling wind arrows, and the Djinn Skylord who uses storms to confuse their enemies. Any of these Djinn will often happily work with each other, but they dislike leading and taking orders from non-Djinn. They are also all now unaligned as apposed to usually having a good alignment. 4E’s Djinn probably don’t care for you one way or another. 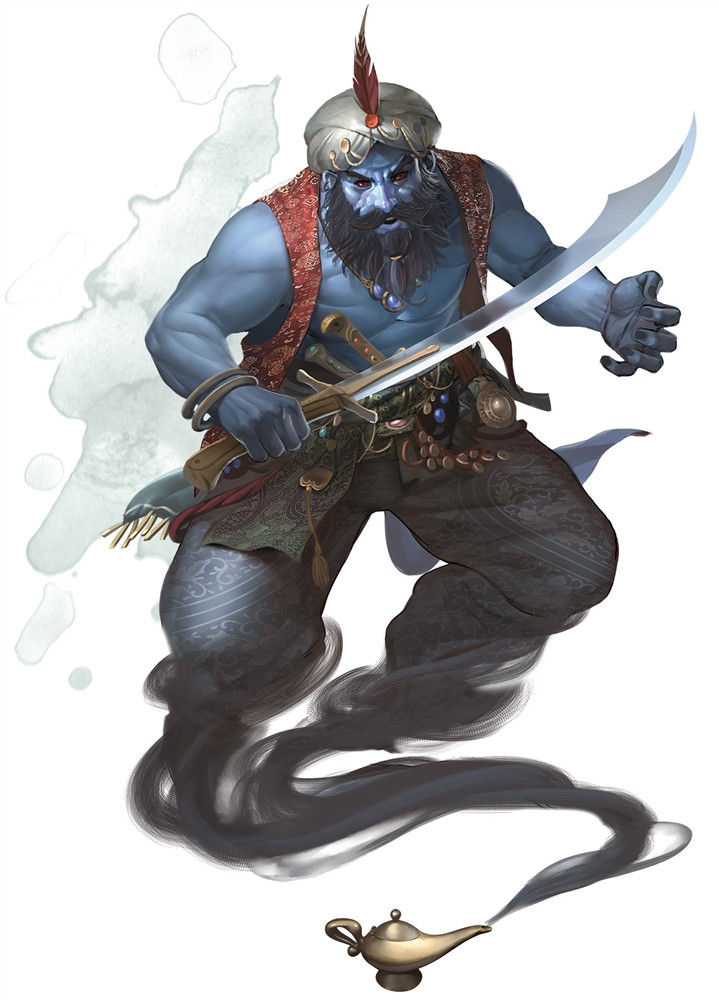 While 5E Djinn have a generally favorable attitude towards mortals, they are known for their mischief and tend to dislike other types of Genies. They are the Genies most accepting of becoming somebody servant for a short time, seeing the entire thing as a matter of fate. But long-term service or imprisonment can earn their vengeance.

Have you encountered a Djinn in your D&D adventures? Were they friendly towards your party? Did you make any wishes? Let us know in the comments!

D&D Accessories: Pirate Treasure for Gaming on the High Seas 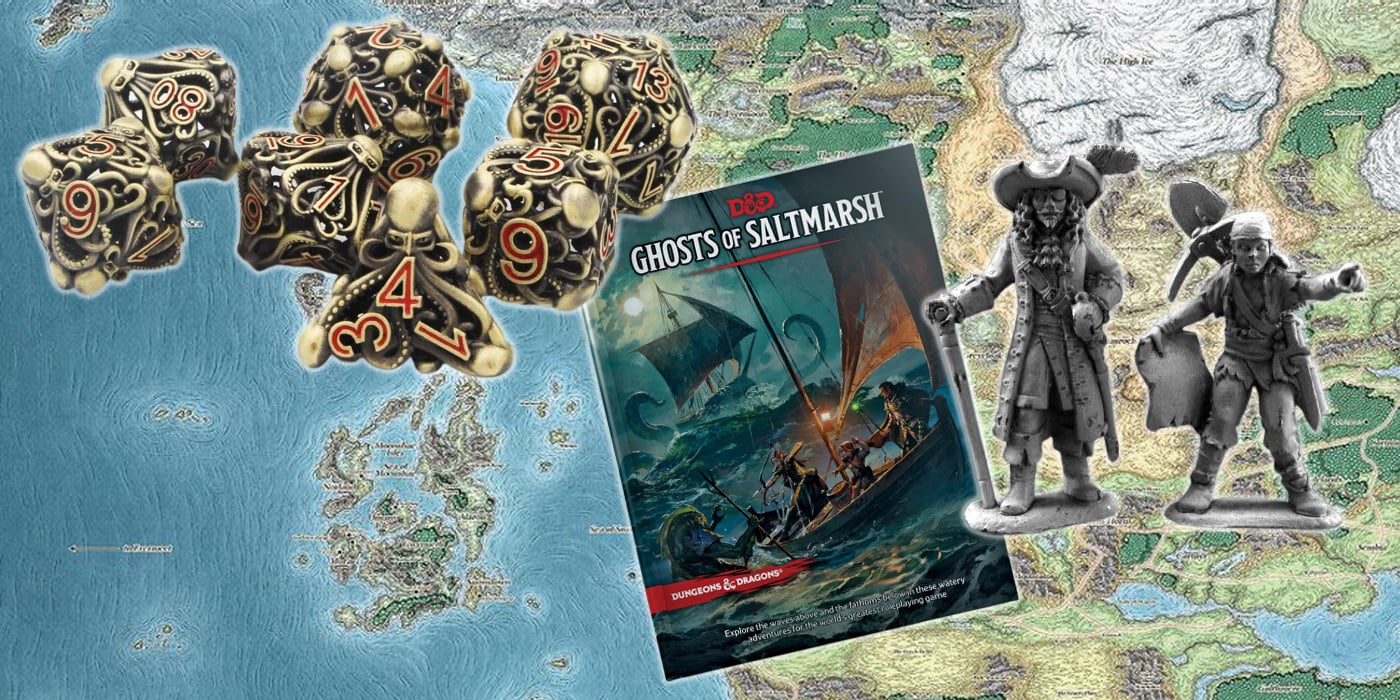