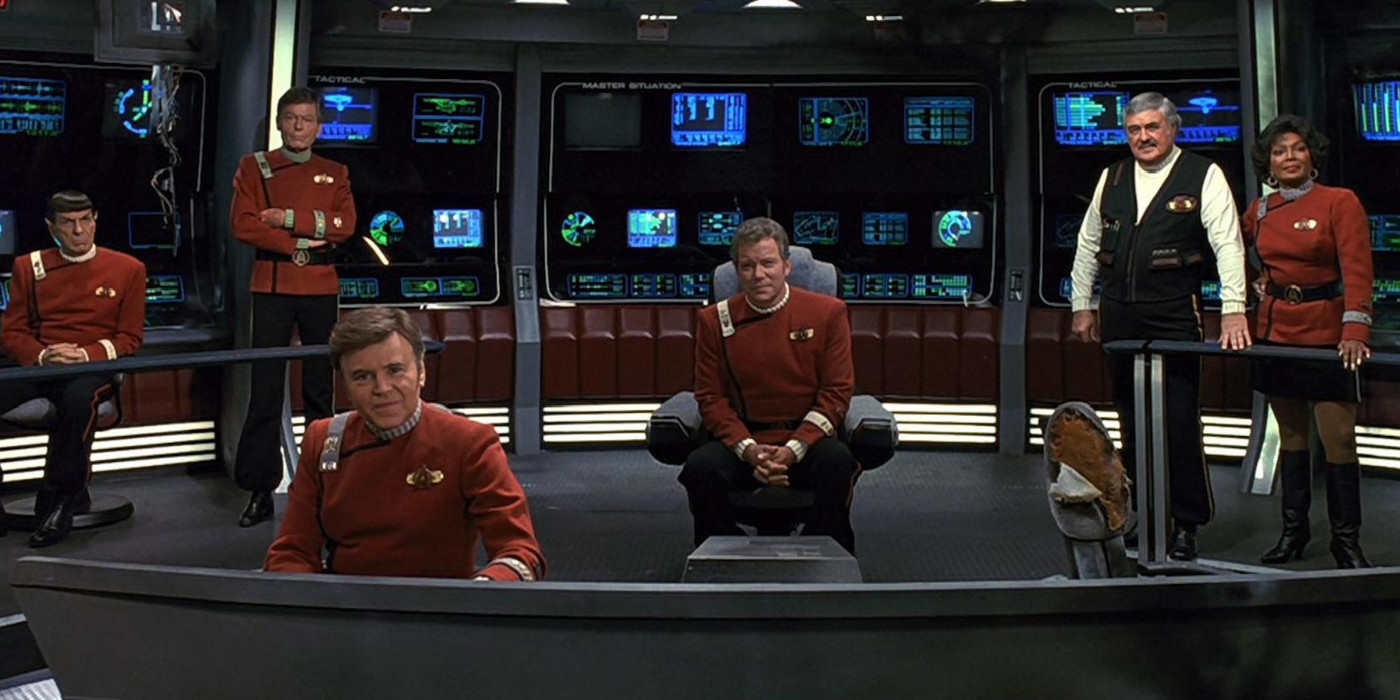 Seven Star Trek movies down, six more to go. If you have not, please read the first half of our ranking. Once you have, you will immediately realize what movies remain – some of them are a real surprise, aren’t they? Well, worry not, dear Trekkie, there are reasons why the top six are the top six.

But which is the greatest? And in what order do the movies fall? Take a look, and be prepared to be confused and possibly irritated! Definitely be ready to share your own thoughts. Warp speed, Mister Scott.

Yes, it’s true. Star Trek: First Contact does not break the top five on this list. But it is still one of the best Star Trek movies. The greatest weakness the TNG movies specifically suffer from is a lack of familiar villains. Thankfully, First Contact reintroduces TNG‘s best-known baddies, the Borg.

The Borg get an incredible redesign for the movies. Gone are the white pancake makeup, vacuum hoses, and holographic stickers. And in their place are these monstrous, veiny, mechanoid monsters. And the more they take over the new Enterprise-E, the scarier the Borg become. No doubt about it, First Contact is the best TNG movie because its action and tension actually make it feel like a movie.

However, the B-plot never quite hits. Zefram Cochrane’s uneasy feelings towards making first contact and being the architect of humanity’s future make a lot of sense. But the execution of his character makes him feel less relatable and more annoying.

And I’ll say it: the Borg Queen does not work with the TNG cast. The whole point of the Borg is that they rob people of identity without a thought, like a corporate virus. The Borg Queen gives that threat a face and makes the Borg less scary. She works great on Star Trek: Voyager, Janeway and the Queen are outstanding as nemeses.

The story in First Contact where the Borg Queen tries to convince Data into betraying his friends? It goes nowhere. We already know how it ends. Data would never turn on Picard. Pardon the pun but, in the end, much of the story of First Contact feels futile.

When it comes to action in Star Trek movies, there is a pretty clear winner and it is Star Trek Beyond. Director Justin Lin is incredibly gifted at the art of the fast-paced visual narrative precisely because his other major credits are four Fast and the Furious movies. This is high-octane Trek and it absolutely rules. The space battles, especially the ones involving the swarm ships, are absolutely thrilling.

The other thing that really buoys Star Trek Beyond is the writing. Doug Jung is joined by Simon Pegg himself. Pegg’s Star Trek fandom really shines through in the best ways possible. We get our heroic Kirk here. But, more importantly, we also get that world-weary side of him. The side of him who has outlived his father and who wonders if space exploration is all it’s cracked up to be. Is he really helping anyone? The answer is yes, but it’s very human and very Kirk of him to doubt himself.

Similarly, Spock and Bones, who spend much of their time together in Star Trek Beyond, conflict in entertaining ways. And, as Spock and Bones tend to do, they ultimately rely upon one another and give each other strength. No surprise, but Scotty (played by Simon Pegg) also gets a boost. He is funny and quick-witted. And Sofia Boutella as Jaylah makes for a great new partner for the cast to work off of.

The only real flaw in Star Trek Beyond is its villain. Casting Idris Elba and then hiding him behind an alien mask is such a waste. And his character, Krall, has an interesting backstory that is simply never fleshed out properly.

A mysterious disturbance in space seemingly begins destroying anyone and anything in its path. It’s heading? Earth. The only thing standing in its way? Enterprise. Star Trek: The Motion Picture has an outstanding set-up. And, especially now that there’s a 4K scan available for home viewing, we can see how absolutely stunning its visuals are. But here’s something people do not talk about enough: TMP does an excellent job of reintroducing Kirk, Spock, and Bones.

Kirk has to be in charge. Being a captain is what Kirk does best. Sometimes that need for control comes at a price, which we see through the eyes of Decker. Bones needs to be a doctor, even if he feels reluctant about that. Bones relenting because Kirk needs him tells you everything about their dynamic. And Spock may wish to live a purely Vulcan way with no emotions. But inevitably, Spock returns to protect his friends. And, moreover, he returns to protect a life unable to speak for itself.

V’Ger is such a brilliant concept. The Enterprise faces what seems like a real-life inevitability: a computer with sentience. At first, V’Ger is viewed as humanity’s destruction. However, in reality, V’Ger represents hope. V’Ger is a chance for humanity to leap forward, to evolve, to persist in ways we’ve never imagined. Ultimately, like all children, V’Ger represents frightening change, but the kind that opens us up to infinite combinations in infinite possibilities.

People say TMP is slow. And it is. But it’s also wondrous. It’s a transformational dream burned in celluloid and projected onto the human soul.

“If there is to be a brave new world, our generation is going to have the hardest time living in it.” That’s how Klingon Chancellor Gorkon describes the challenges of peace after years of war. And he’s talking as much to all of us as he is to Kirk. Because peace only comes from both trust in a former enemy and trust in ourselves to move on from decades of prejudice.

“Let them die.” That’s what Kirk says when he finds out the Klingons are in danger of annihilation. But when Gorkon is murdered and Kirk is framed for the crime, he realizes that he does not want to let the Klingons die – he just doesn’t know how to live with them. But he’s willing to learn, even though a Klingon killed his son.

The only flaws in The Undiscovered Country are what we don’t get. The problem with David is that Kirk barely interacts with him on screen. So the connection between father and son is tenuous at best.

But the far greater disappointment is Valeris, who so clearly was meant to be Saavik. Saavik is the consistent new character in the Trek movies, despite the recast. She is hopeful for the future. And it would have been so powerful for that hope to be dashed because Saavik was radicalized in part due to the prejudice she learned from watching Kirk.

While many Trek films incorporate comedy, only two are predominantly interested in making the audience laugh. One is Star Trek: Insurrection, a film that is often viewed as a cringey, overlong episode of TNG. And the other is Star Trek IV: The Voyage Home, very nearly the best Star Trek movie ever made.

Comedy is hard. But, “The One With The Whales” is, above all, very funny. Kirk’s inability to roll with 20th-century profanity is hilarious. Scotty giving future technology and avoiding time travel paradoxes simply by saying, “maybe he invented the thing” is brilliantly clever. And “nuclear wessles” takes the cold war and lets us laugh at it.

There is also an important message in The Voyage Home – screw with the environment and it will catch up to you eventually. Depressingly still relevant!

But the most wonderful thing about The Voyage Home is that it gives us the kind of happy ending most rarely receive. Spock reconciles his human and Vulcan half. Kirk gets his command back. And the crew of the Enterprise gets to go home again. When Kirk sits in the captain’s chair aboard the NCC-1701-A Enterprise and says, simply “Let’s see what she’s got,” it is as though all that was once wounded is healed.

The entire cast is so energetic by the end of The Voyage Home that an entirely new TV series could’ve been launched off that ending. The only negative about The Voyage Home is that we only get two more movies after it. Think of it: a cast of actors in their 50s, decades after they first inhabited their roles, are all so vibrant that it feels as though they can keep exploring the cosmos forever. That is why The Voyage Home is so great.

Star Trek II: The Wrath of Khan is a meditation on growing old. Khan is Kirk’s past catching up with him. David, Kirk’s son, is the road not traveled. Both men represent consequences and regret. After decades of warping faster than the speed of life, time catches up with James T. Kirk.

There are many reasons why Wrath of Khan is the best Star Trek movie. The space battles are tense and thrilling. Khan is both hammy and terrifying (those brain bugs will haunt your dreams forever). The music soars. The chemistry between the cast is off the charts. But none of those are the real reason Wrath of Khan is number one on this list.

The Kobayashi Maru. A test all Starfleet cadets must take to graduate. A test that forces cadets to face the no-win scenario – death. And to test a young cadet named Jim Kirk once defeated by changes the parameters. By cheating. Because Kirk does not believe in the no-win scenario. He believes he can beat death. He keeps believing he can beat death. And then Khan returns.

Wrath of Khan forces Kirk, and anyone who watches it, to face one, simple truth – no one is immortal. Kirk loses Spock. His best friend. His brother. And yet in that incredible loss, Kirk also finds hope as he finally understands the words he’s likely been parroting thoughtlessly for ages. How we face death is at least as important as how we face life.

Spock dies so that his friends might live. And when the ones we love die, it is our duty to carry on, eschew old age, and live as we wish to live for the ones we leave behind. And to remember. Because no life is extinguished so long as it is not forgotten.

'The Long Night' Review - One of Us 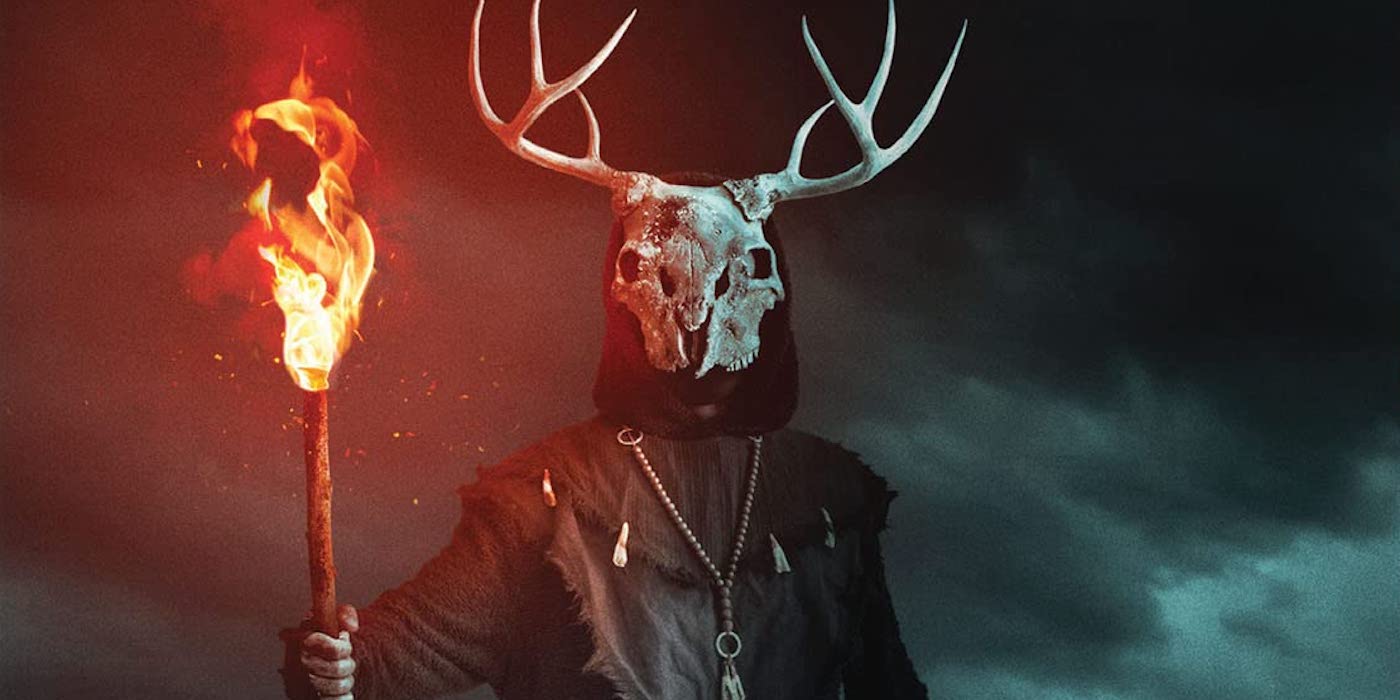