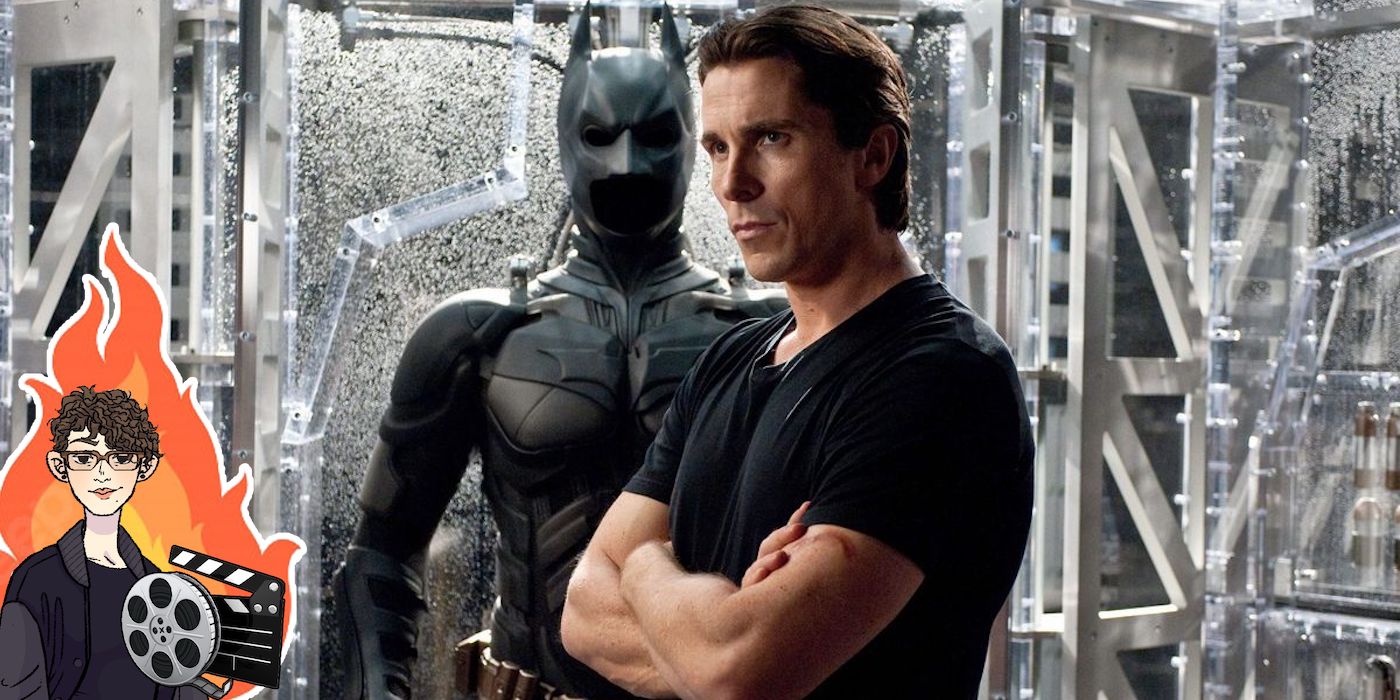 Let’s take a trip back ten years and take a closer look at a movie that should have been great: The Dark Knight Rises.

Eight years have passed since Batman (Christian Bale) ran off into the night, taking the blame for the death of Harvey Dent. He sacrificed everything for what he and Jim Gordon (Gary Oldman) hoped was the greater good. The arrival of a merciless terrorist named Bane (Tom Hardy)  forces Batman out of exile and changes all of that. The Bats is forced into a battle he may not be able to win. Oh, and Catwoman (Anne Hathaway) is there too.

I loved The Dark Knight Rises the first time I saw it in the theater. That wore off over time and viewings – this movie has problems that unravel what it’s trying to do. Its predecessors focus on fear (Batman Begins) and how lies can be used to control the populace (The Dark Knight). The third in the trilogy aims to tell a tale about faux populism, class warfare, and demagoguery. It fails and ends up being about nothing.

It tries very hard to make Batman the everyman or convince us that anyone could be Batman when he most certainly not and they can’t (as we saw in The Dark Knight  – he’s not wearing hockey pads). You have to have a lot of money and train with a clandestine organization to learn fighting skills and espionage. Why isn’t Bruce Wayne a lower-level accountant that took some self-defense classes at the Y? Because it doesn’t work.

Characters That Make No Sense

Selina Kyle shouldn’t be here at all, she really serves no purpose. I get that they wanted to show more of Gotham’s economic disparity (which Nolan’s trilogy isn’t good at) and have a sassy female voice. Instead, she’s annoying comic relief and a last-minute savior. The results of her actions could have been achieved by another character without anyone noticing. It’s a throwaway role that Hathaway does her best with. She got a better turn than Halle Berry did in Cat Woman, at least. 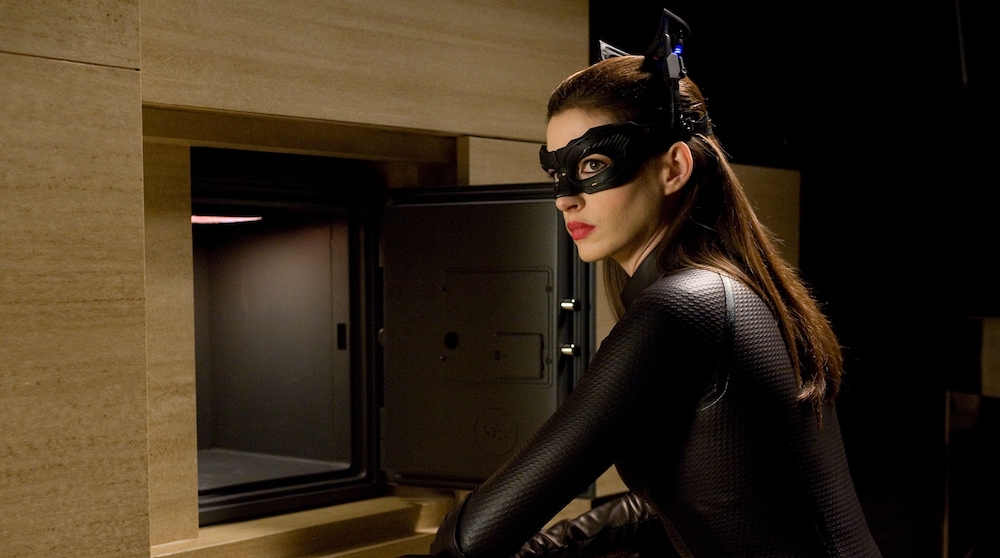 Bane starts out as a plausible antagonist. He’s a new agent of chaos that wants to make Gotham repent and he is very willing to use force. He’s the opposite of Batman in this story, who is still convinced the city can be saved even though he is beaten and tired. But, Bane becomes a wasted character early on. Taking the city hostage is a sideshow, a fake revolution. His mission to destroy the city becomes convoluted and its meaning is ultimately empty.

He’s an attack dog, which means his handler is just as inept. It’s her plan, too. That whole relationship didn’t need to exist, either. Talia didn’t need to. 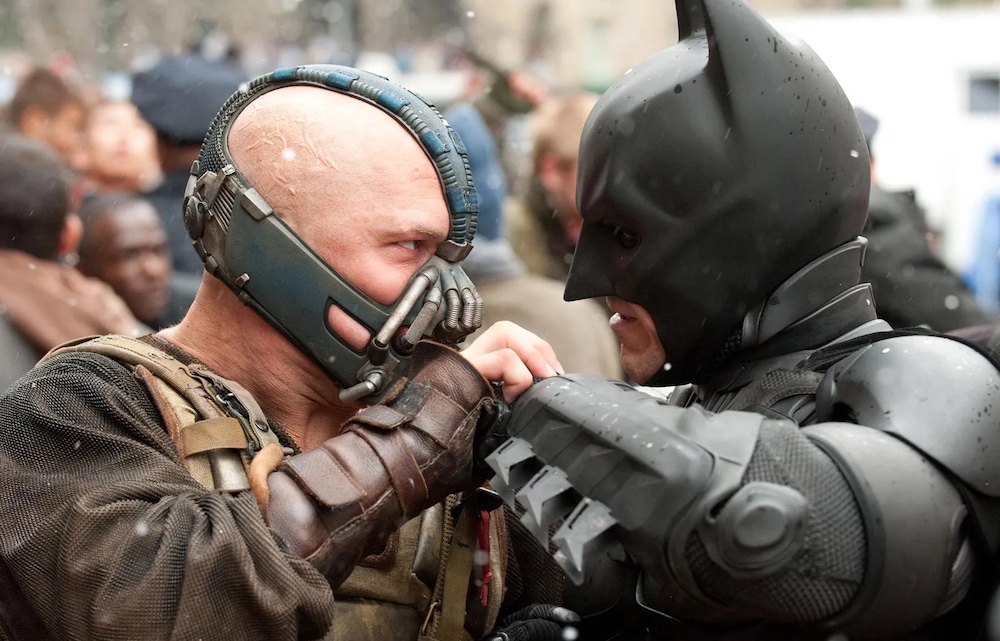 It’s too long with too many plot lines. A simplified story might have helped it make sense. As it is, there’s too much going on and it doesn’t all connect. It also leads to details being lost and the internal logic of the trilogy being thrown in the trash.

Subscribe to our newsletter!
Get Tabletop, RPG & Pop Culture news delivered directly to your inbox.
By subscribing you agree to our Terms of Use and Privacy Policy.
Let’s start with the spare body Bane had in the plane. A fast blood transfusion does not create enough of a change for an identity swap. A medical examiner worth their salt would debunk the whole thing.

Speaking of the masked man –  Bane’s five-month plan to break Gotham is bad and the long game led to him losing. Yes, he wanted everyone in the city to kneel before Bane (and Talia) before killing them. The foot-dragging makes sense for a faux-populist demagog, but it doesn’t work for the situation. The months of time weren’t needed. It didn’t provide more control or get the result he was after. It just gave time to those trying to derail his plans. 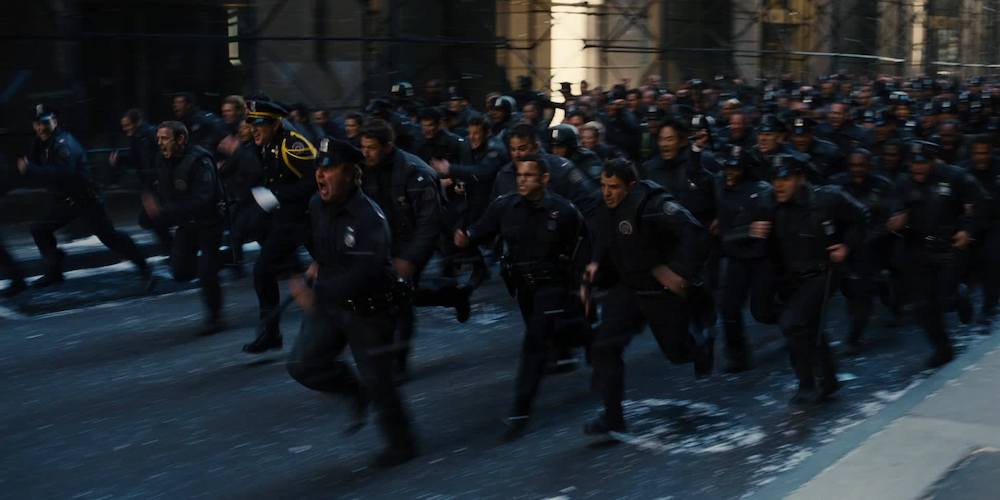 Moving to the other team: why the heck would Gordon send all of Gotham’s cops underground? He’s not an idiot. It allowed Bane to take over the city easily and keep power. It just comes across as lazy writing – no one really thought about the why behind the how Bane easily takes Gotham.

How did Bruce Wayne get back to Gotham for The Pit™? He has no money. No influence. Did he invent a secret bat-teleporter? Is that what he used to escape a nuclear blast at the end of the movie? This is supposed to be realistic. 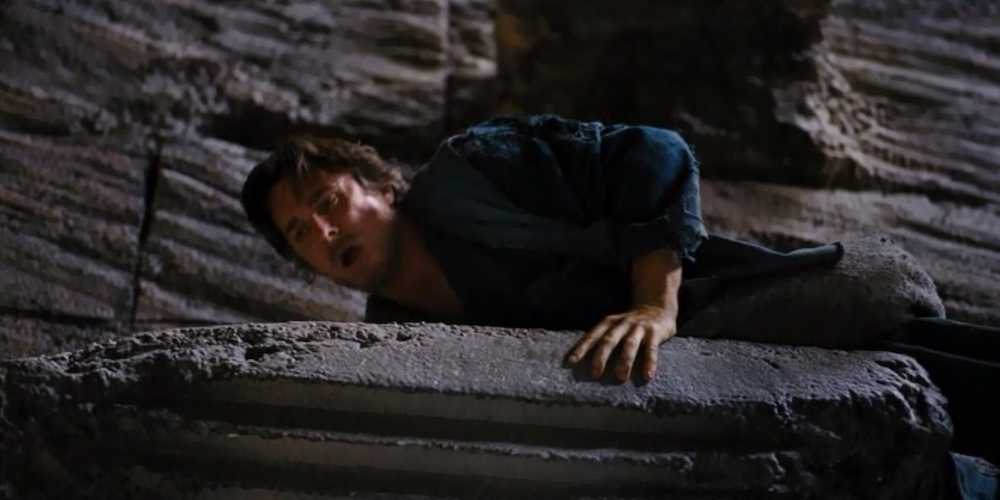 The opening plane scene even if the premise is bad. Nolan had to one-up the 18-wheeler flip somehow. It’s a mix of CG and in-camera, practical effects that mesh perfectly. The fact that they did any of it as practical is nuts. It can stand by itself as an amazing action sequence. It’s just really well done and a decade later it’s still amazing to watch.

It kind of handles the story of Batman as a symbol of good. He’s put through some bad writing to get from the killer of Harvey Dent to having a statue at city hall, but it happens. The cowl is once again a symbol of hope for Gotham because he sacrificed (if that’s what having coffee with your girlfriend in Italy is, sure). 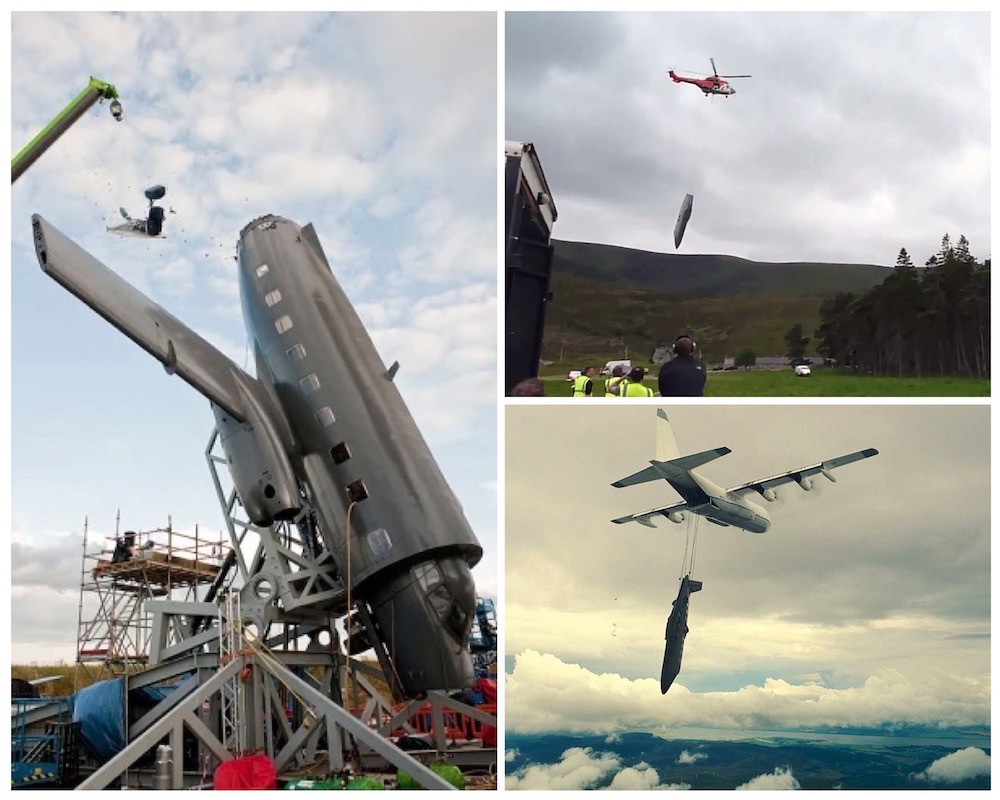 The Dark Knight Rises Should Have Been Better

The good and just ok things don’t do enough to tie the movie together, making it cohesive rather than a bunch of scenes cobbled together. It breaks its own logic and it manages to make its antagonist fangless by their own plans. The Dark Knight Rises feels like a collection of scenes rather than a cohesive story.

It has some good action scenes, great cinematography, and production design. Some of the actors manage to do something good with the meh dialog they’re given. A movie should be more than that, especially one that follows up The Dark Knight and is directed by one of the best filmmakers of a generation.

The Dark Knight Rises is on HBOMax and Netflix if you’d like to revisit. 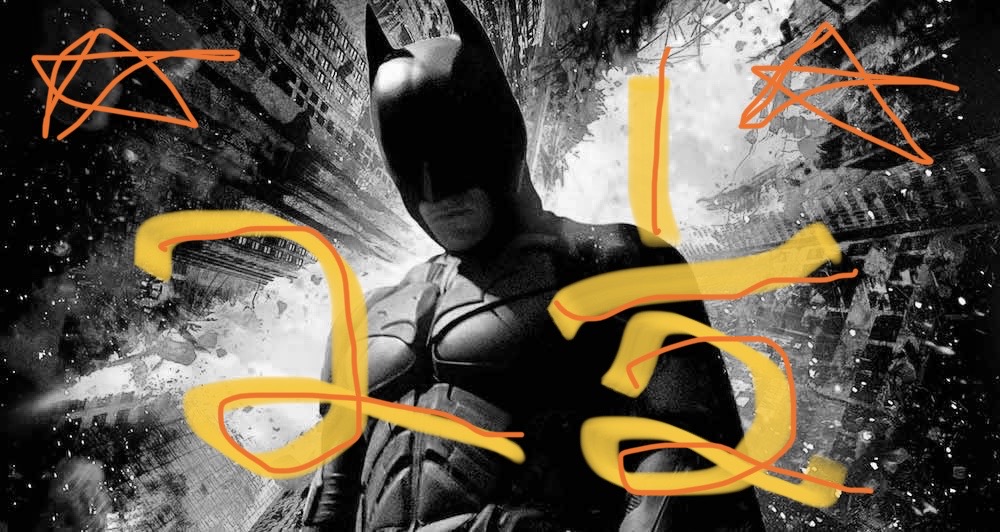 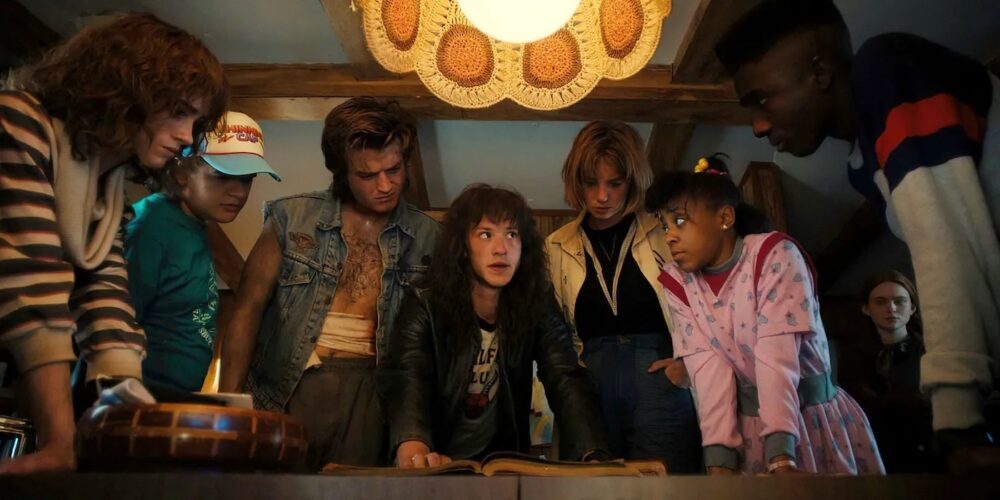