D&D: Get Ten Adventures You Can Play in an Hour With ‘The City Watch’ 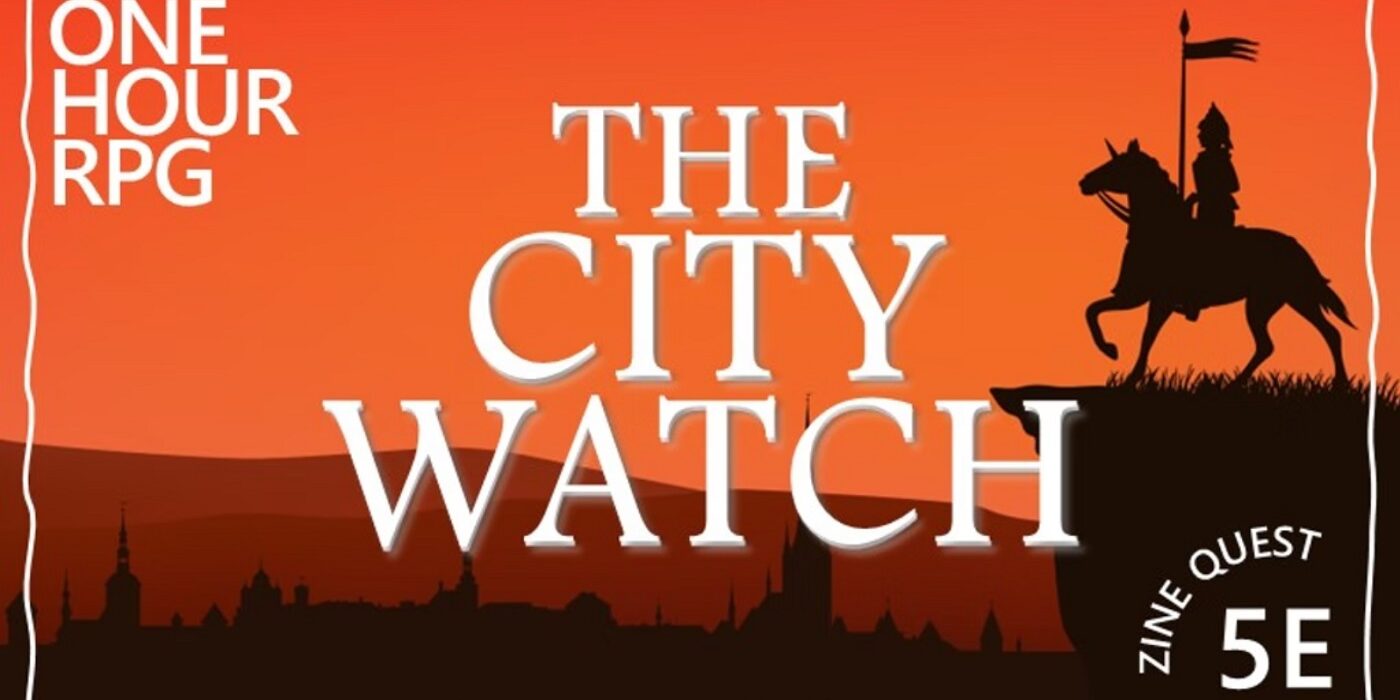 Ten 5E adventures, ten hours; that’s all it’ll take to play through The City Watch. Get ready to be a guard.

One of the hardest things about getting folks into any roleplaying game is the time. Who has time to sit down for four-six hours anymore? And that’s for players who are invested. If you’ve got someone new to an RPG, the idea of sitting down and ‘playing pretend’ for a whole-ass afternoon can be daunting.

Which is one thing that The City Watch hopes to change. It’s a Zine Quest project for 5th Edition D&D. In it, you’ll find ten “exciting and surprising 5e adventures for new and experienced GMs and players.” Each adventure is designed to be played in under an hour. 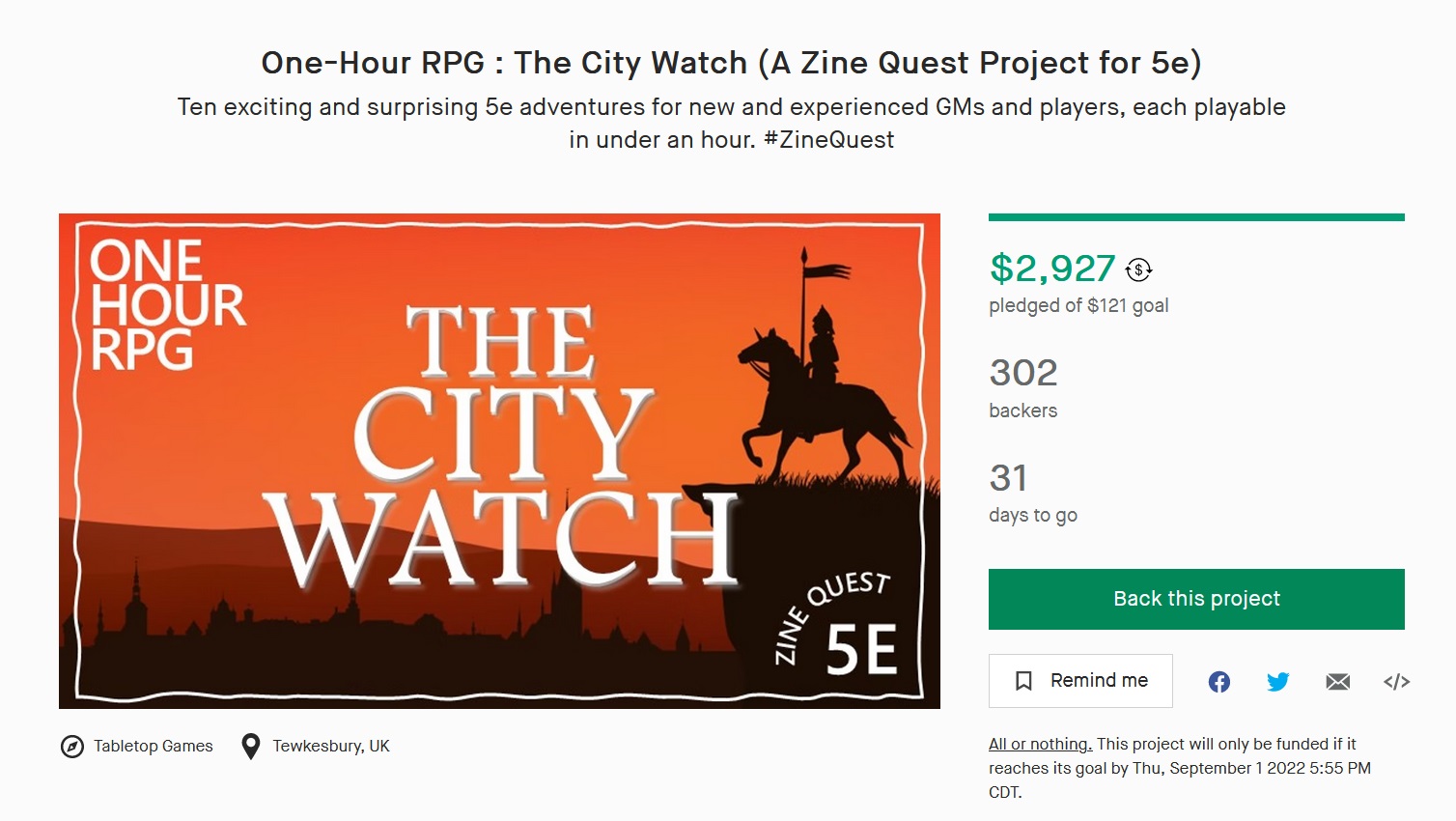 So how does one play through an adventure in an hour? Well, designer S.K. Dinning tackles this with very clear goals. These introductory adventures are designed with a very specific experience in mind.

Characters aren’t random adventurers, but rather, they’re all members of, as the title implies, the City Watch:

In these ten adventures, written for use with the 5th edition of the world’s oldest role-playing game, the player characters are all members of The Port Perro City Watch. Their duties include patrolling the streets, manning the city gates, investigating crimes, and doing whatever their boss Lyza,  the captain of the guard, tells them to do.

Though simple, these adventures have many unexpected twists – things are rarely as they seem! 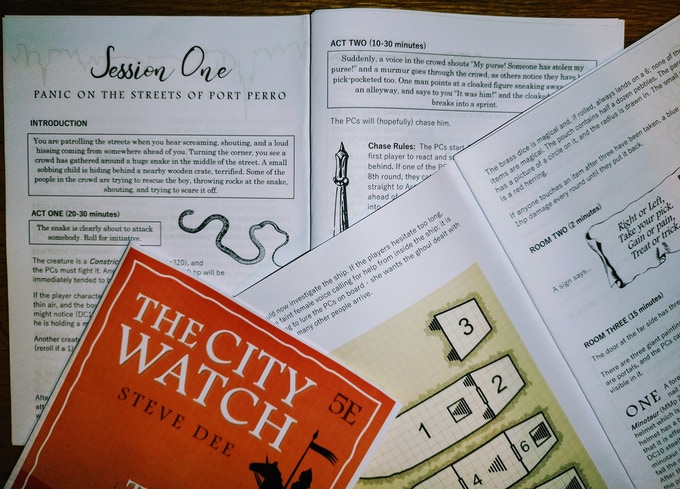 The adventures in The City Watch are designed with new players and GMs in mind. Each adventure is stand-alone. But characters recur throughout to give a sense of continuity.

And each adventure has been seasoned with advice and alternatives to keep the game moving.

At press time, The City Watch had raised more than 20 times its funding goal.

D&D: An Adventurer's Guide to Elminster