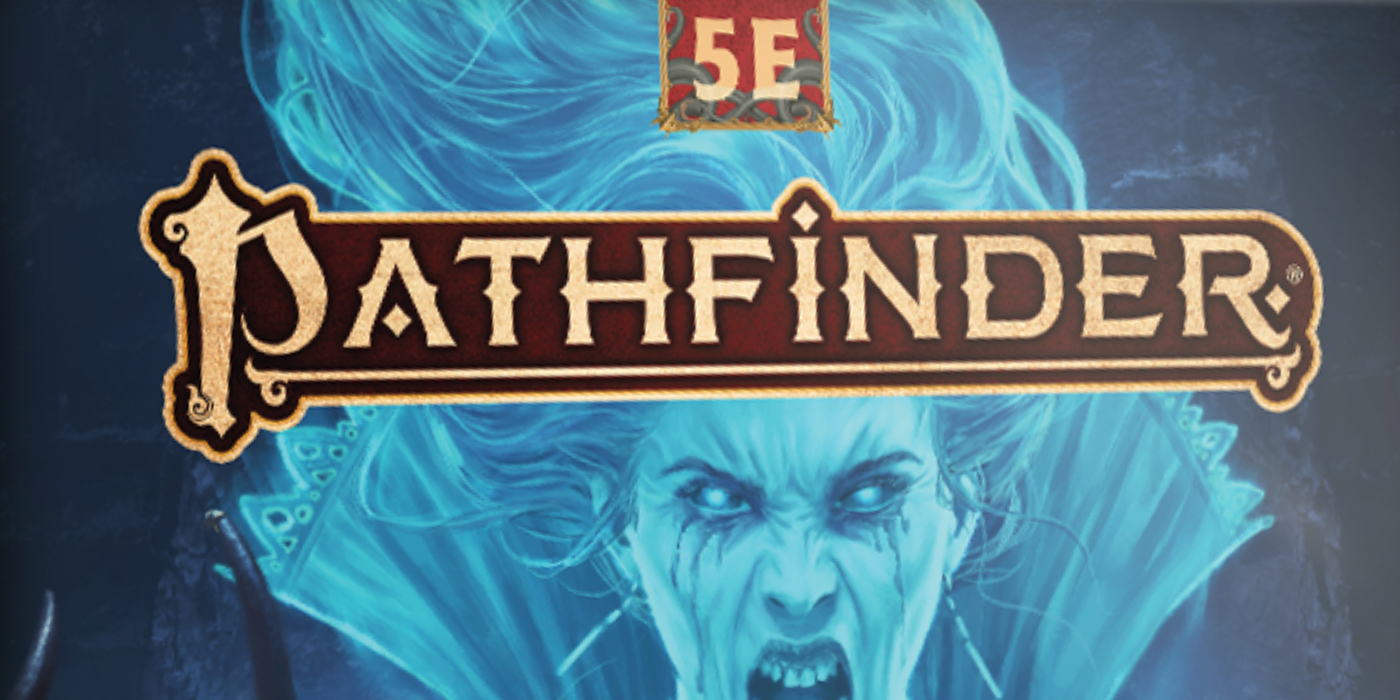 The mysterious Gauntlight beckons adventurers on in Abomination Vaults 5e. A new release date for Pathfinder and 5E’s crossover outing.

But it’s not just a megadungeon. It’s a whole complex where you’ll journey from lowly 1st level adventurers to epic heroes facing down encounters the way only Paizo can design them. And they understand the secret to good encounters: have deadly things ride on top of even deadlier things. 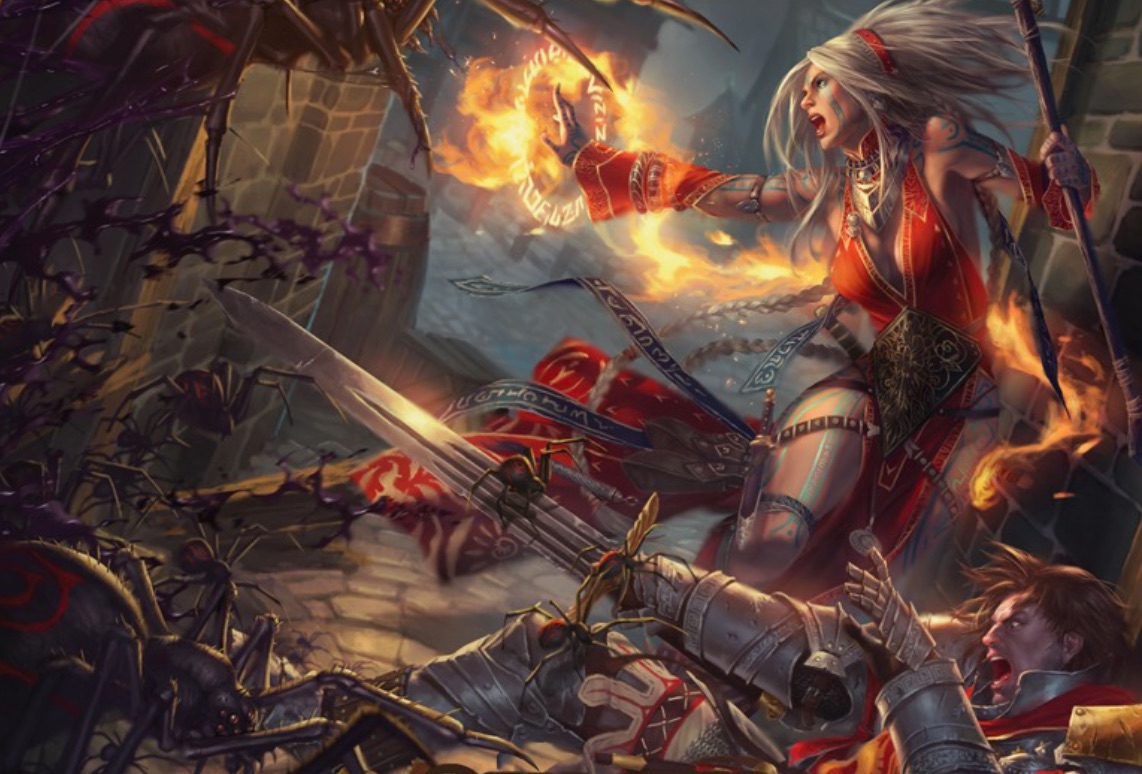 It’s been true for I wanna say like 80% of their adventures. And in Abomination Vaults 5E, you’ll get to see what that mindset looks like in 5th Edition.

So gird yourself, make sure you’ve got rations enough for weeks, and dive in. And now, there’s a pre-order date: it’s been moved from November this year to March 2023. 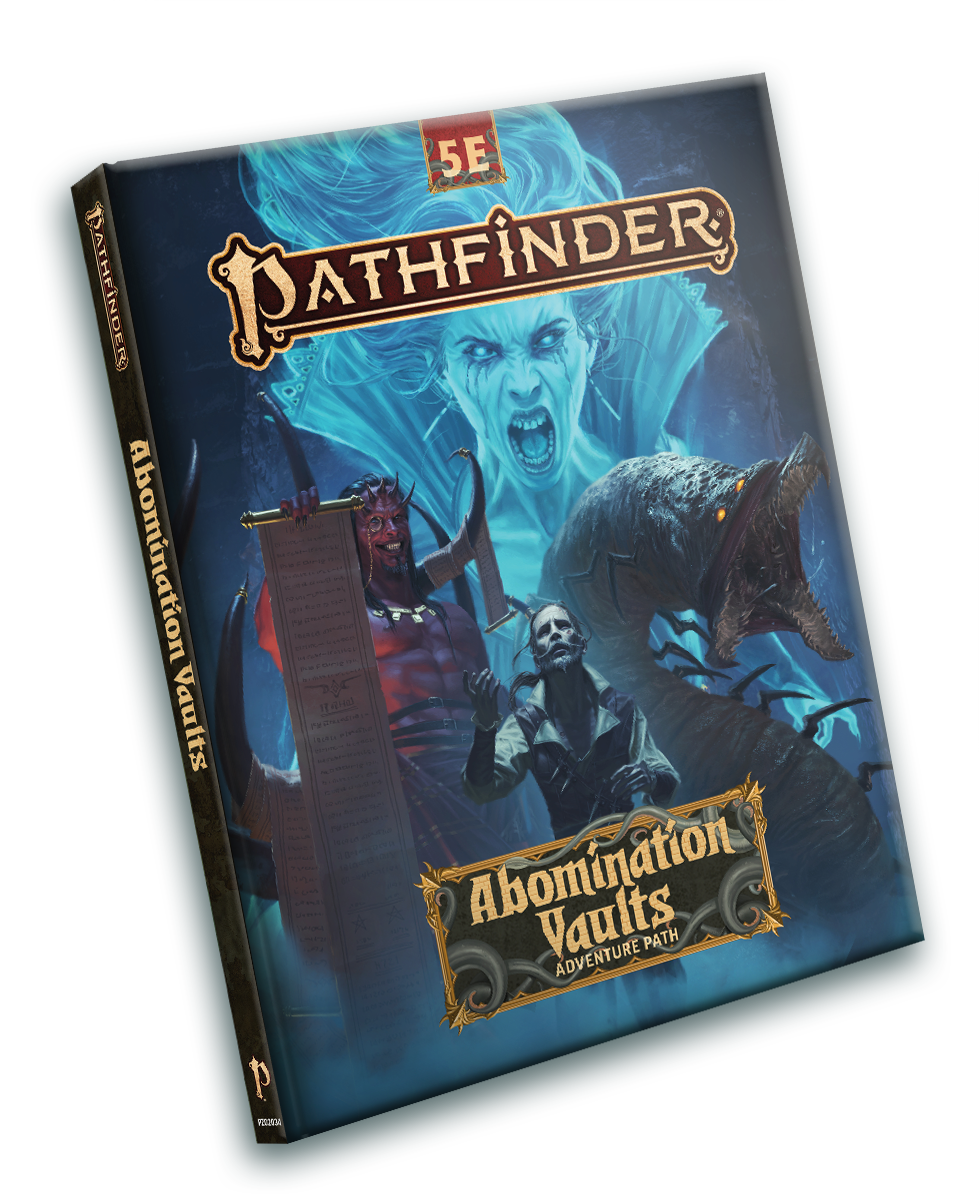 When the mysterious Gauntlight, an eerie landlocked lighthouse, glows with baleful light, the people of Otari know something terrible is beginning. Evil stirs in the depths of the Abomination Vaults, a sprawling dungeon where a wicked sorcerer attempted to raise an army of monsters hundreds of years ago. The town’s newest heroes must venture into a sprawling dungeon filled with beasts and traps to prevent a spiteful spellcaster from rising again!

This complete compilation of the original Adventure Path campaign has been adapted to the newest version of the world’s oldest RPG. You’ve heard about the quality and depth of Pathfinder campaigns for years—now explore the Abomination Vaults yourself without having to learn a new game system!

Content Warning: While Abomination Vaults contains typical Pathfinder action and adventure, it also presents themes of suicide, ableism, body horror, and human experimentation. Before you begin, understand that player consent (including that of the Game Master) is vital to a safe and fun play experience for everyone. You should talk with your players before beginning the adventure and modify descriptions or scenarios as appropriate.

Abomination Vaults 5E is due out March 2023

Author: J.R. Zambrano
Bell of Lost Souls Staff Writer and DM, J.R. covers RPGs of all stripes and on occasion eats sandwiches. You can ask him about either at [email protected]
Advertisement
Dungeons & Dragons Paizo Pathfinder RPGs Tabletop News
Advertisement 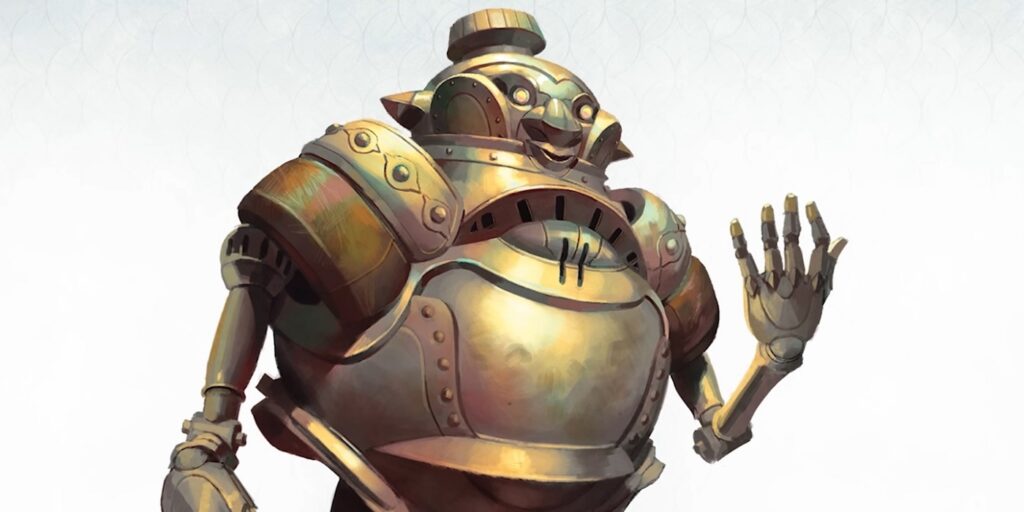