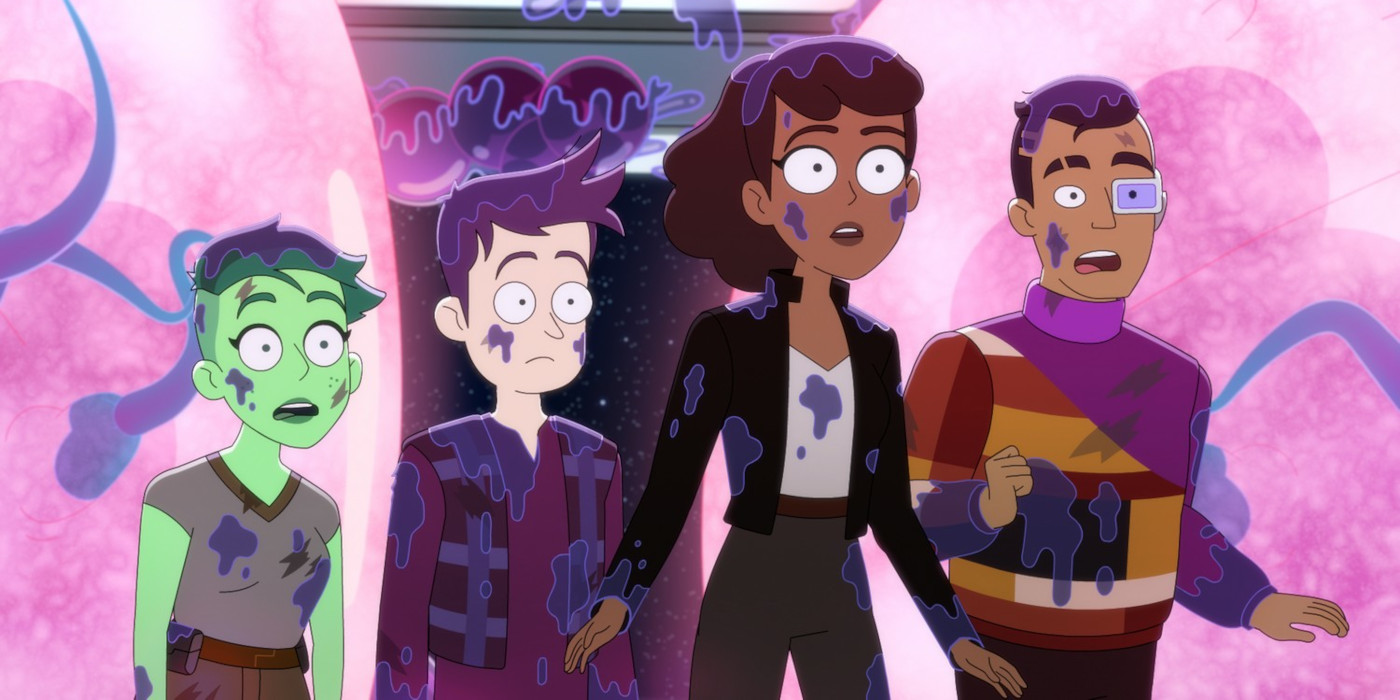 We’ve seen the first eight episodes of Star Trek: Lower Decks Season three. Here is absolutely everything we can tell you so far.

Star Trek: Lower Decks season two ends on a cliffhanger. After saving the day and making first contact, Captain Carol Freeman is arrested. Her crime? She allegedly worked behind the scenes to destroy Pakled Planet.

Season two of Lower Decks expands a lot from season one. Boimler gets a transporter double. Tendy moves her way up the medical ladder. Mariner copes with everyone knowing Captain Freeman is her mom. And the other big cliffhanger leaves us with a big question: why does Rutherford really have his cybernetic implant?

With eight out of ten episodes previewed, what is safe to reveal about the upcoming season of Lower Decks? 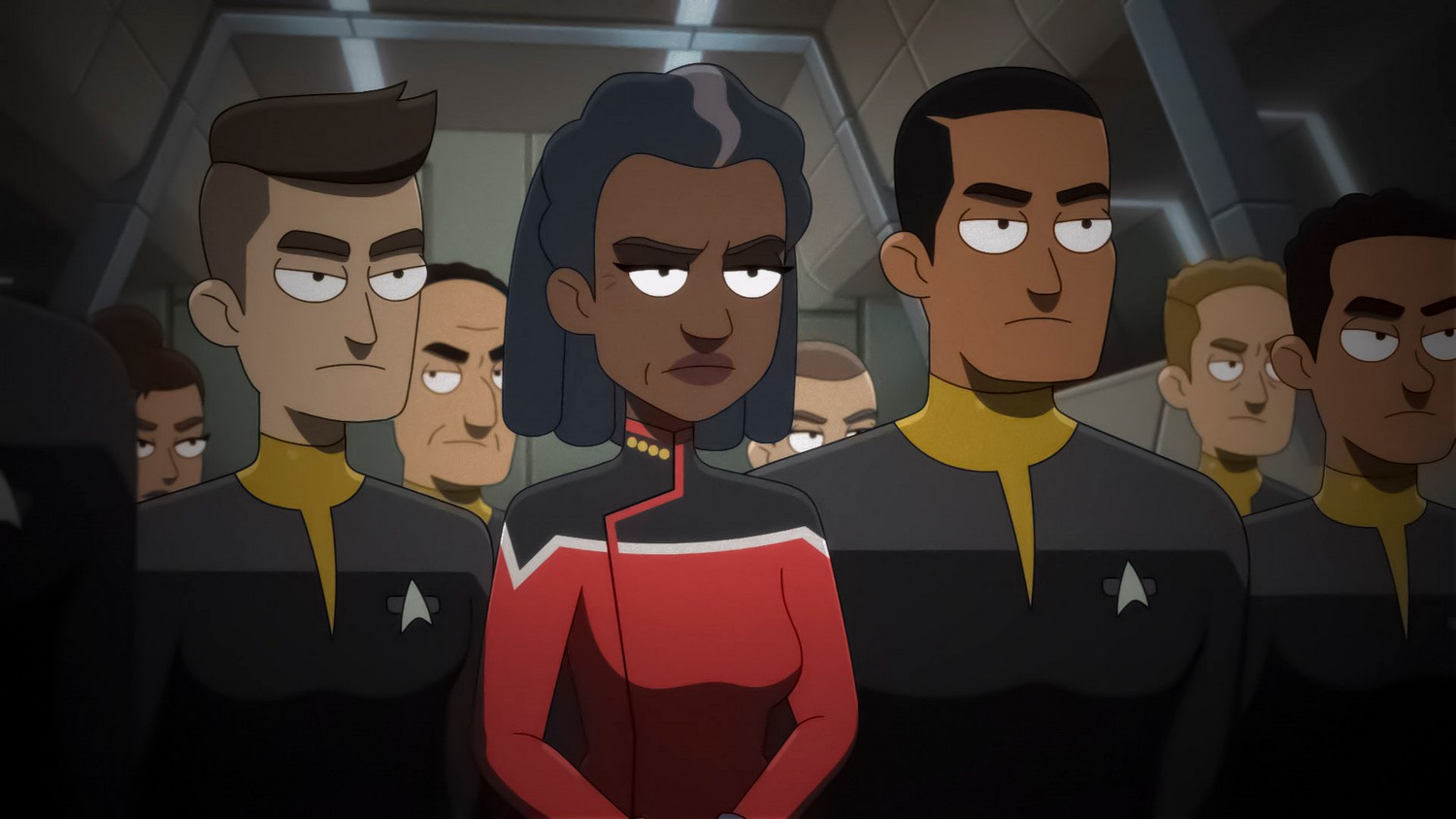 First things first: obviously there’s a lot at stake going into Star Trek: Lower Decks season three. Chief among those stakes is the fate of Captain Freeman. And the big thing worth saying about that storyline is this: don’t expect it to be a season-long arc. In fact, if there’s one thing worth noting about the third season of Lower Decks it is that it’s more similar to Star Trek: Strange New Worlds and its episodic format than any of the other Trek series right now.

So if you were prepping for ten episodes worth of Freeman freeing action, gird your loins. Star Trek: Lower Decks is not that show — not yet anyway. And my big takeaway from watching this season is that the show’s episodic style both works for and against it at the same time. It reminds me a little of the pre-head-shaved Sisko head era of Star Trek: Deep Space Nine. It’s good! Some two (or even three) partners in a row might just make it even better, though.

That being said, the real biggest takeaway from these eight episodes is that Lower Decks does like to continue stories – just not right away. 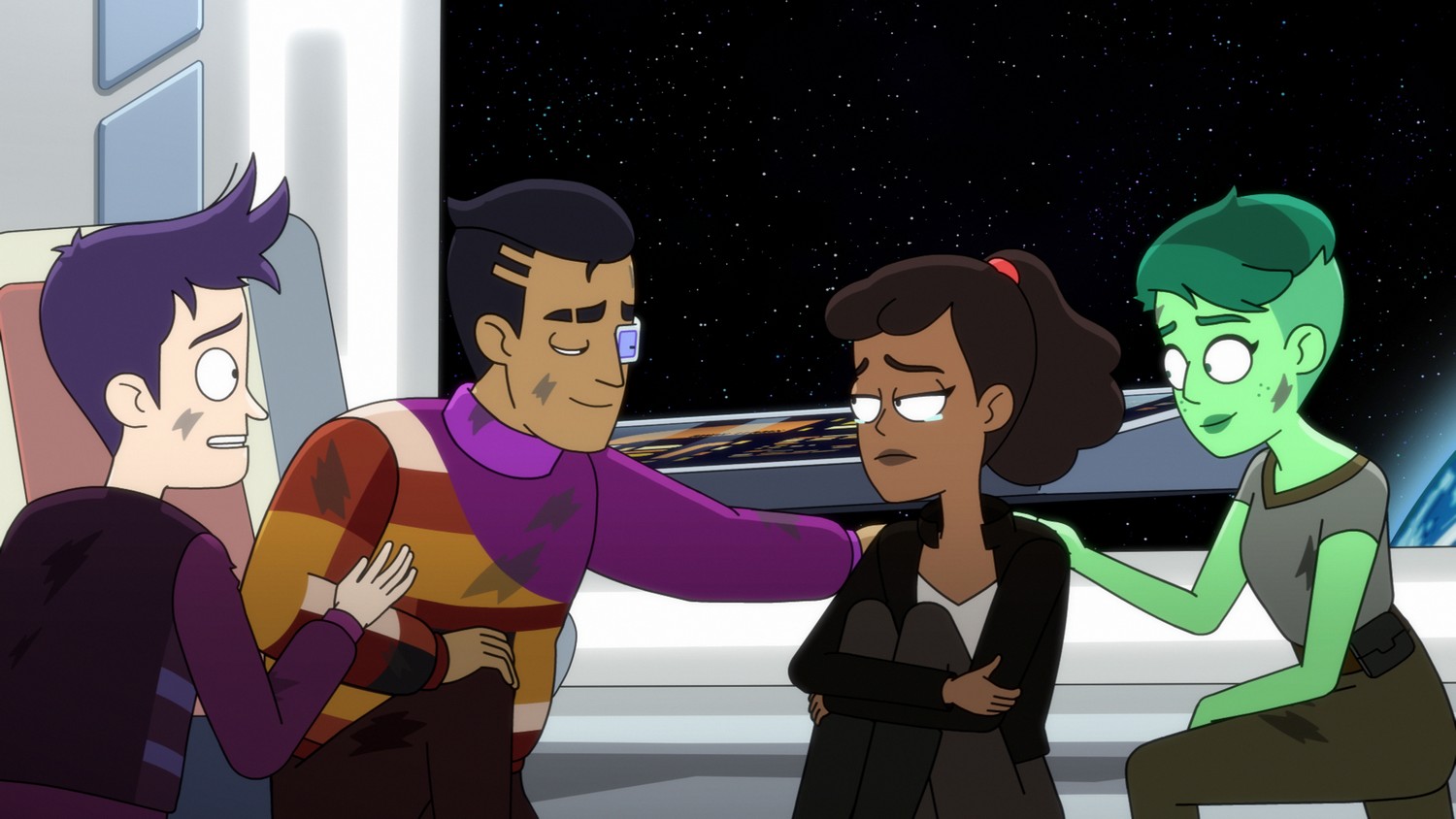 When is the last time you rewatched the first two seasons of Star Trek: Lower Decks? If the answer isn’t “very recently” you should probably revisit. Because there are a lot of loose strands which both expectedly and unexpectedly start getting tied up this year.

Rutherford’s implant is the biggest example. Consider how many episodes of Lower Decks involve his cybernetics glitching out. Why does Rutherford suddenly like pears? Why is it so easy for his memory chip to fill up? As a matter of fact, why does Rutherford have those implants in the first place? Lower Decks season three is where all those disparate elements start coming together.

That’s the vibe for this season of Lower Decks overall. Consider how many characters are just sitting out there right now with unresolved stories. Fletcher, Starfleet’s worst ensign, is still on Earth. Rutherford’s evil holodeck son Clippy could always be revived. There are our heroes’ arch nemeses Delta Shift still on the Cerritos, still being jerks. T’lyn from “wej Duj” is in Starfleet now. Peanut Hamper is still floating in space. AGIMUS is at the Daystrom Institute.

And none of that even touches Tendy’s past as an Andorian pirate. Or Mariner’s maybe being a secret spy. Or Boimler’s transporter clone! Some of these characters and stories will be back for sequels this season – the big question for Star Trek: Lower Decks season three is which ones. 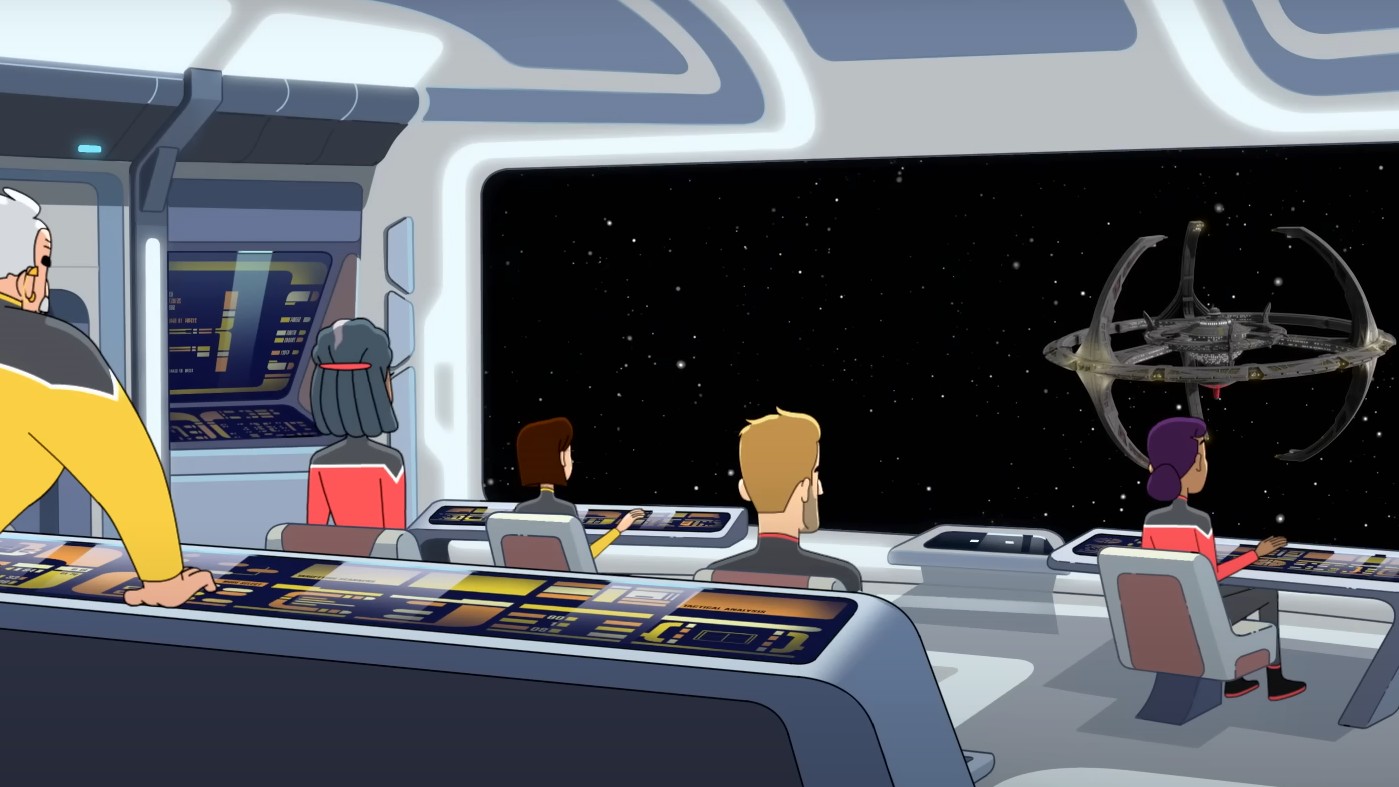 The big season three trailer for Star Trek: Lower Decks season three shows Deep Space Nine – and that is a very big deal. Keep in mind that Lower Decks is set after the events of Star Trek: Nemesis. That means the Dominion War is over. And frankly, we still don’t know what officially happens to the crew of DS9 after that. Until now, that is.

Yes, the Cerritos goes to Deep Space Nine. And, yes, there are familiar faces and voices there. If you love Deep Space Nine, you will probably weep tears of joy. These are not cameos. These are characters we have not seen in a very long time back in the thick of the action. It’s the kind of story that only makes fans hungrier for more. But that’s good.

Obviously, Lower Decks is a cartoon whose goal is humor above all, but what’s important to know going into the Deep Space Nine stuff is this: the characters you love are still the characters you love. Sure, you shouldn’t expect Dominion-War-level drama, but you won’t scratch your head and think these are poor imitations either. 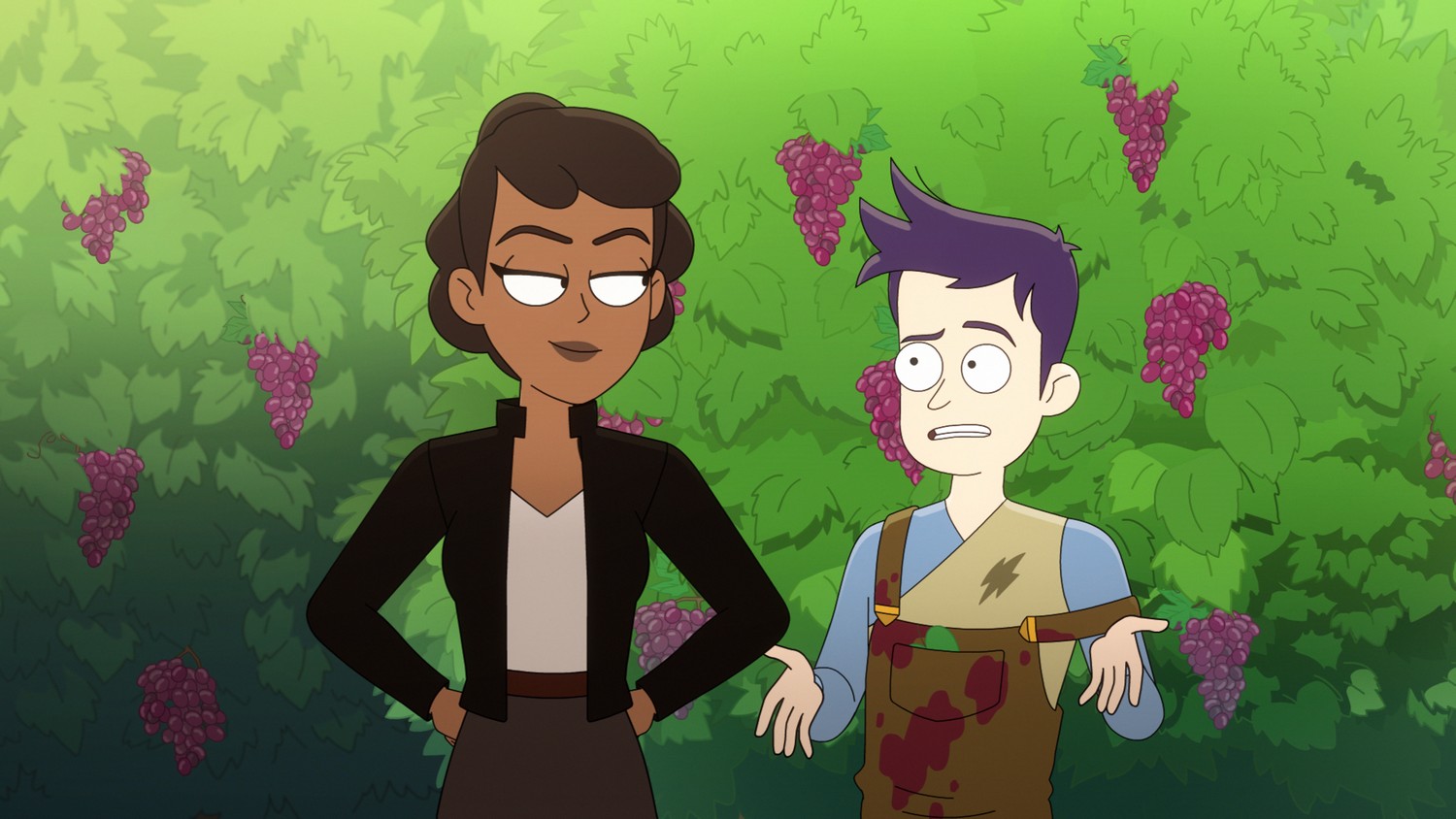 In the end, the thing to know about Star Trek: Lower Decks season three is that it is more of the same. And that is fine. You’re going to see references to TNG finale “All Good Things,” Star Trek: The Search For Spock, Star Trek: Generations, and about a million other shout-outs to Trek‘s past. And there’s at least one cameo appearance you absolutely will not see coming.

But the other big thing about Lower Decks is that it has enough continuity of its own to play with now. Not only will characters and stories from the past return, but we might even see the beginnings of Lower-Decks-specific villains teaming up. There’s a lot to play with in this world and the creative team behind Lower Decks is playing every card this season. Like a game of poker! Spoilers: they’ll probably reference poker. 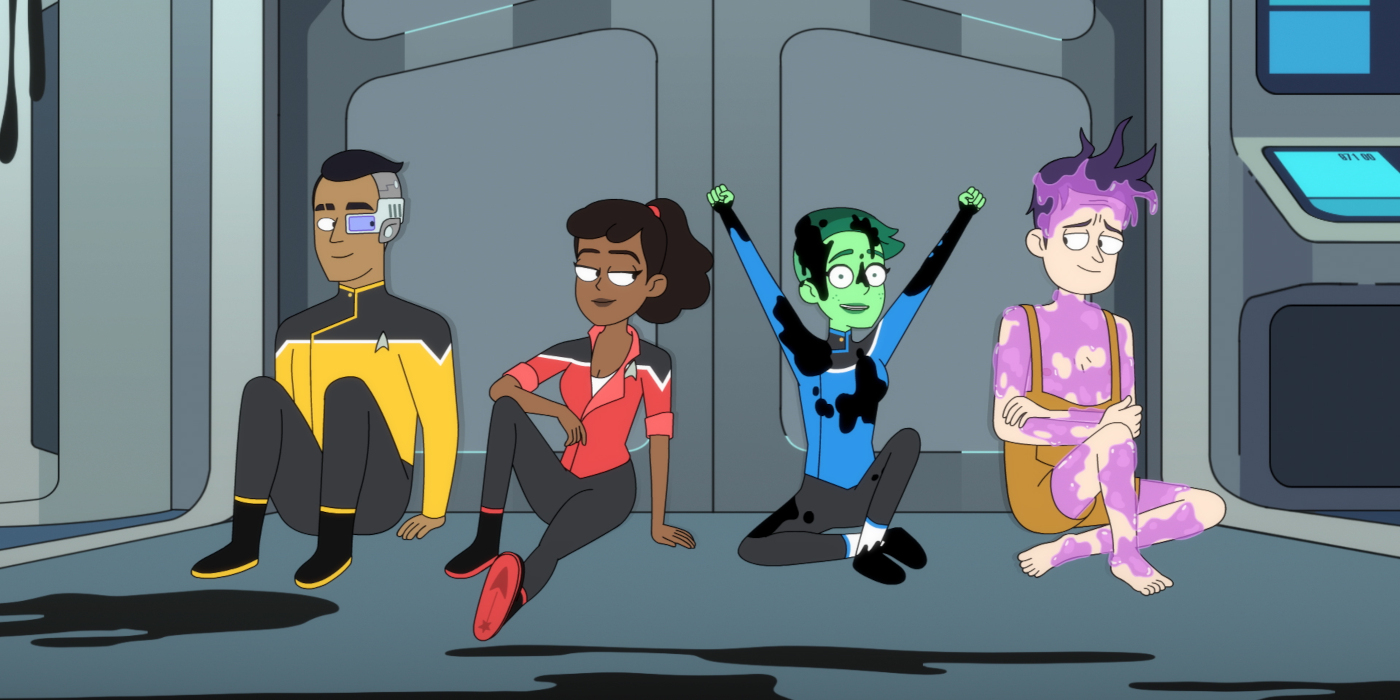