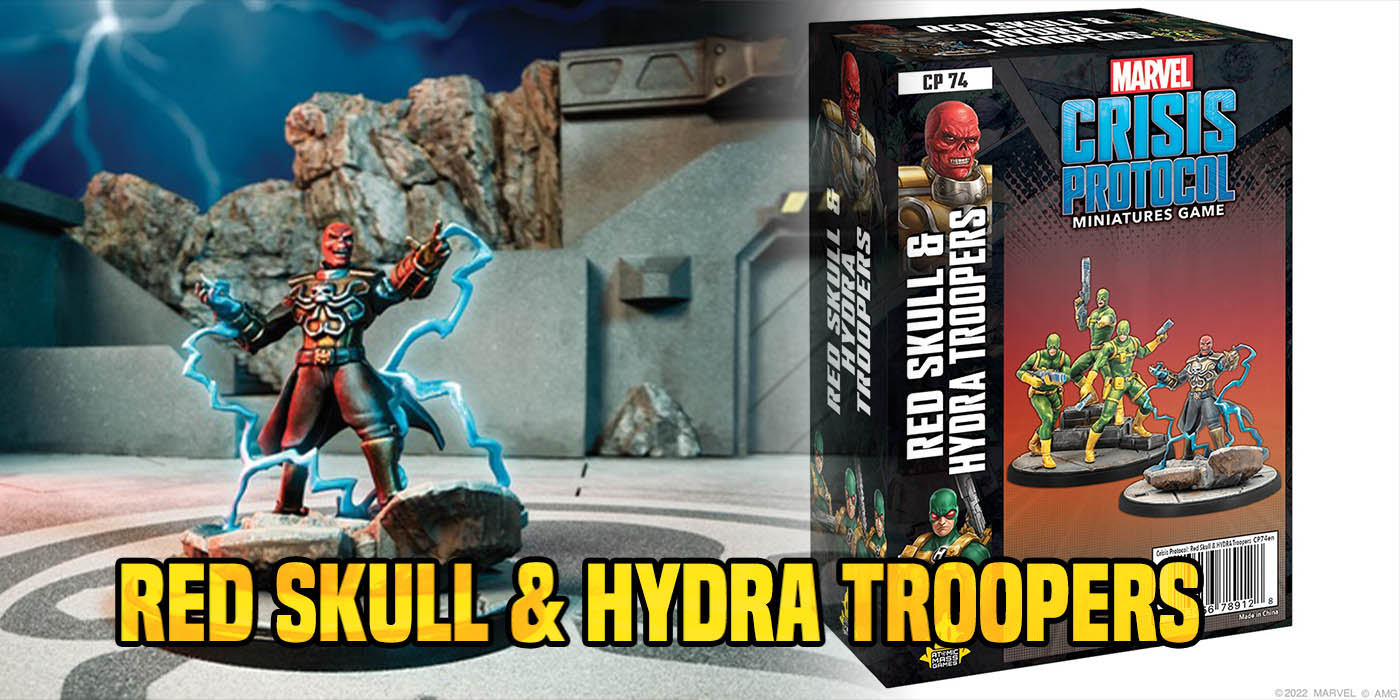 Atomic Mass Games is showing off a new and improved Red Skull and Hydra Troopers. They are definitely the baddies in Marvel: Crisis Protocol.

The Red Skull is a long time rival and nemesis of Captain America. He’s getting a new incarnation in Marvel: Crisis Protocol with some assistance from the Cosmic Cube. Today, we’re getting a closer look at what this villain has planned and how his Hydra Troopers are going to help. 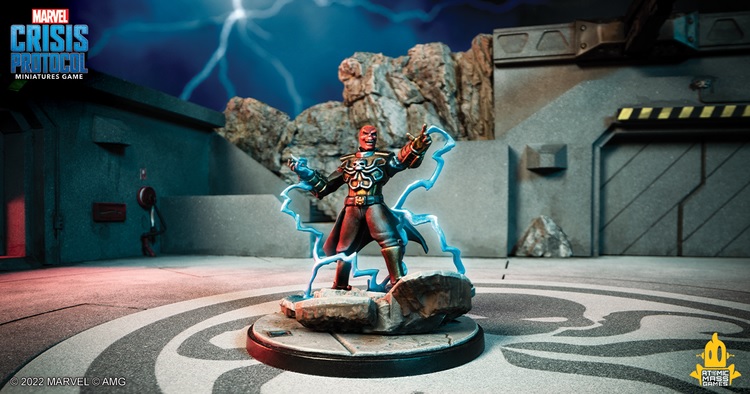 “At the height of his power, the Red Skull had an army of dedicated Hydra troops at his beck and call. With them, the man formerly known as Johann Shmidt waged a campaign of terror across the world. His specialty is sabotage and espionage, and as the sworn archenemy of Captain America, there is no line the Red Skull will not cross in his evil war on the rest of the world.” 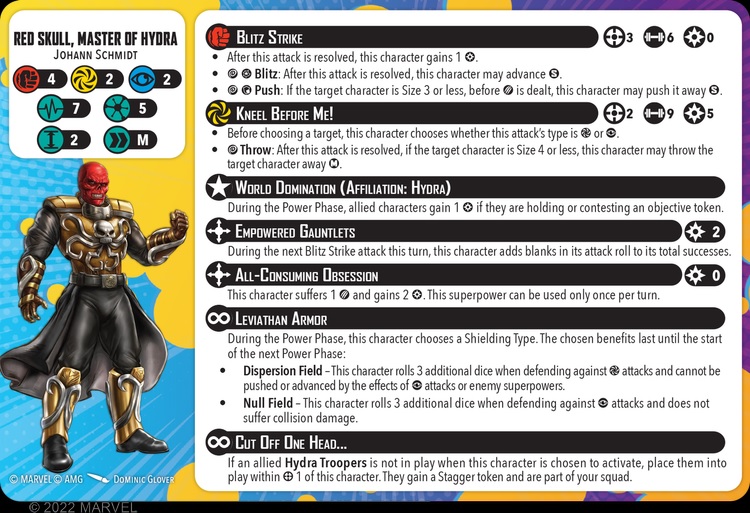 Red Skull, Master of Hydra has a lot going on here. His starting attack is a Blitz Strike that clocks in at strength 6. What’s really nice about it is that you can push targets back and follow up as well. His other attack is Kneel Before Me! which drops a whopping 9 strength hit that can either be Energy of Mystic. It costs 5 energy but it can also throw characters up to size 4 a Medium distance! That’s an impressive feat for sure.

As the Masters of Hydra he’s got a new Hydra affiliation ability called World Domination. And of this minions in Hydra that are holding or contesting an objective token are granted 1 additional power during the power phase. Hey — who doesn’t love a little bonus energy for doing a thing you were probably going to do anyways. 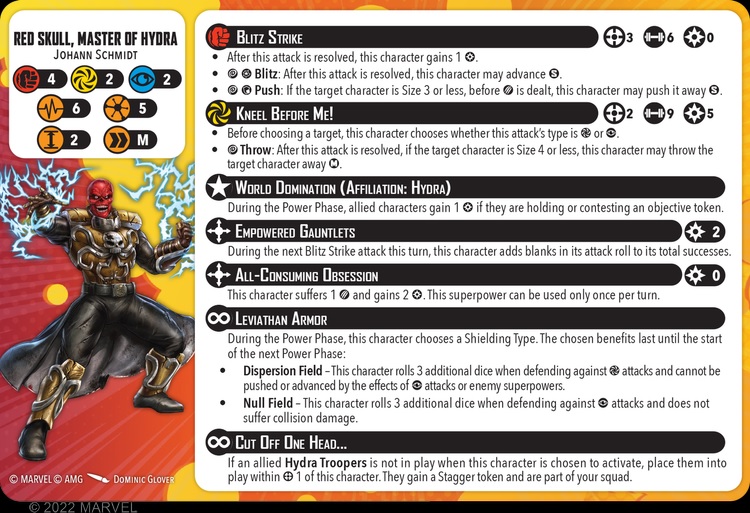 The Red Skull’s Empowered Gauntlets can also boost hit Blitz Strikes by counting blanks as successes. That’s going to allow him to go heads-up with the biggest hitters in the game! If you find yourself short on power then you can always use your All-Consuming Obsession to take 1 damage to gain 2 power. Seems appropriate for this character.

The Leviathan Armor that he wears is also very potent. It allows him to choose which type of field he has every power phase. A Dispersion Field adds 3 additional defense dice vs energy attacks and he can’t be pushed or advanced. Alternatively he can use the Null Field which is 3 extra dice vs mystic attacks and he doesn’t suffer from collision damage! 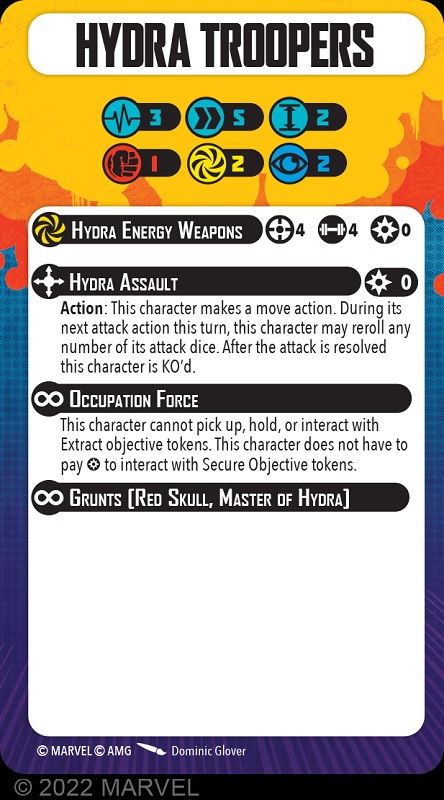 For his final trick, he has the Hydra appropriate ability Cut Off One Head…as an innate power. This allows him to bring in those pesky Hydra Troopers for back-up. These self-sacrificing goons are great for taking objectives or just rushing the enemy with guns blazing. And if they fall in battle, it’s okay — there’s more on the way. 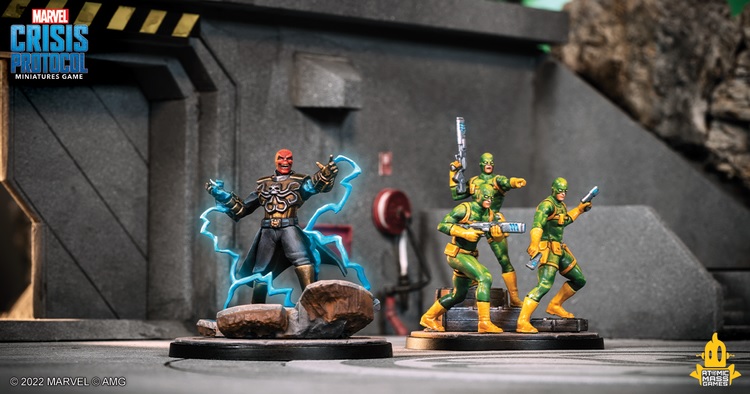 Red Skull and Hydra Troopers are up for pre-order today! 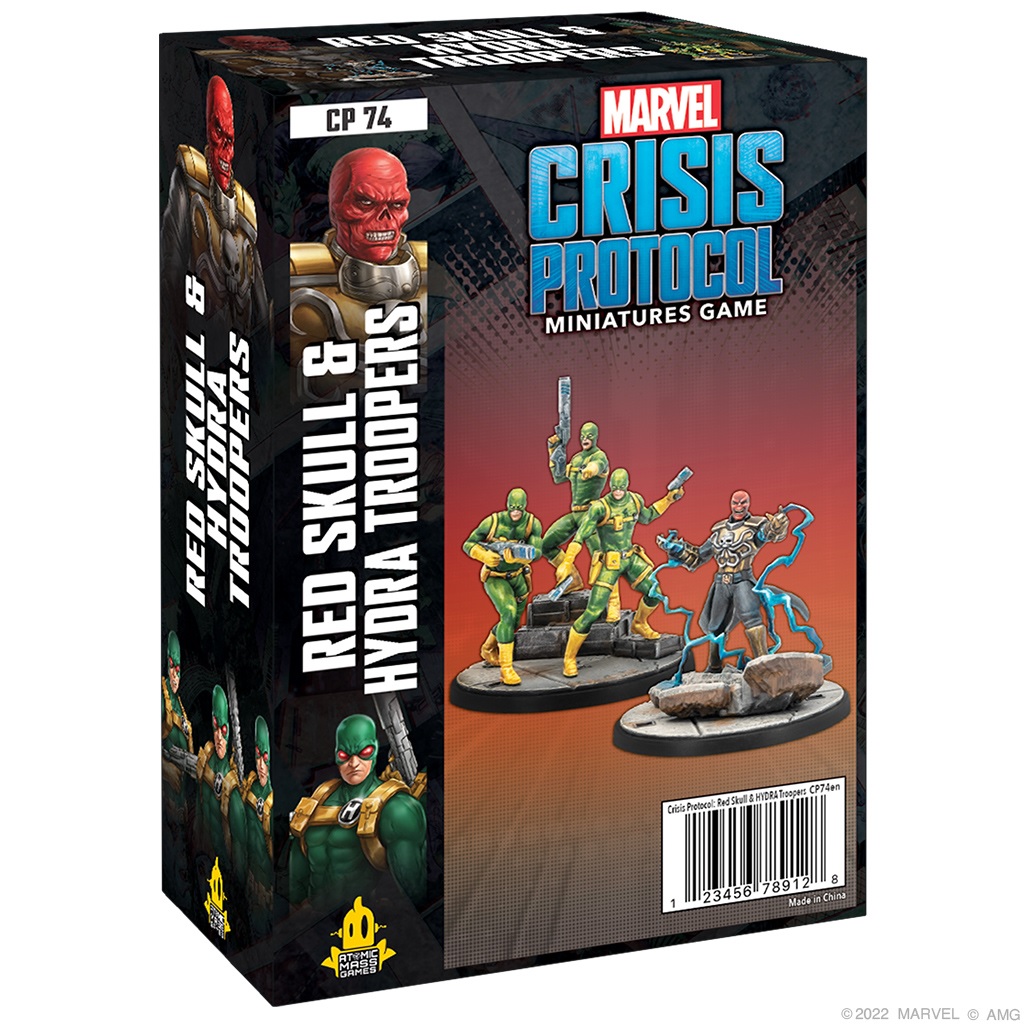 “The Red Skull leads HYDRA in its quest for world domination in this new pack for Marvel: Crisis Protocol! Johann Schmidt is a conniving villain whose evil deeds span generations. During this time, he has transformed HYDRA into a globe-spanning terrorist organization that cannot ever truly be destroyed, for “If a head is cut off, two more shall take its place.” The new version of the Red Skull in this pack introduces the HYDRA Affiliation to Marvel: Crisis Protocol while leading a group of HYDRA Troops ready to do his bidding. In addition to these miniatures and their abilities, this pack further enhances the HYDRA Affiliation with seven Team Tactic cards that give Red Skull and his subordinates even more ways to further their plans for world domination.”

Punch him right in the face.

Author: Adam Harrison
Writer, Editor, Texas Native, and Austinite for 15+ years, Adam covers all things Tabletop Gaming. Which includes Warhammer 40,000, Age of Sigmar, D&D, Board Games and everything else that involves dice, boards, cards and a table. A hobbyist, player, and collector of miniatures and games, Adam's current obsession are his Death Armies for Age of Sigmar, his Blood Angels and Tyranids for 40k, and his ever growing Arkham Horror: The Card Game Collection.
Advertisement
Atomic Mass Games MARVEL Crisis Protocol Miniatures
Advertisement 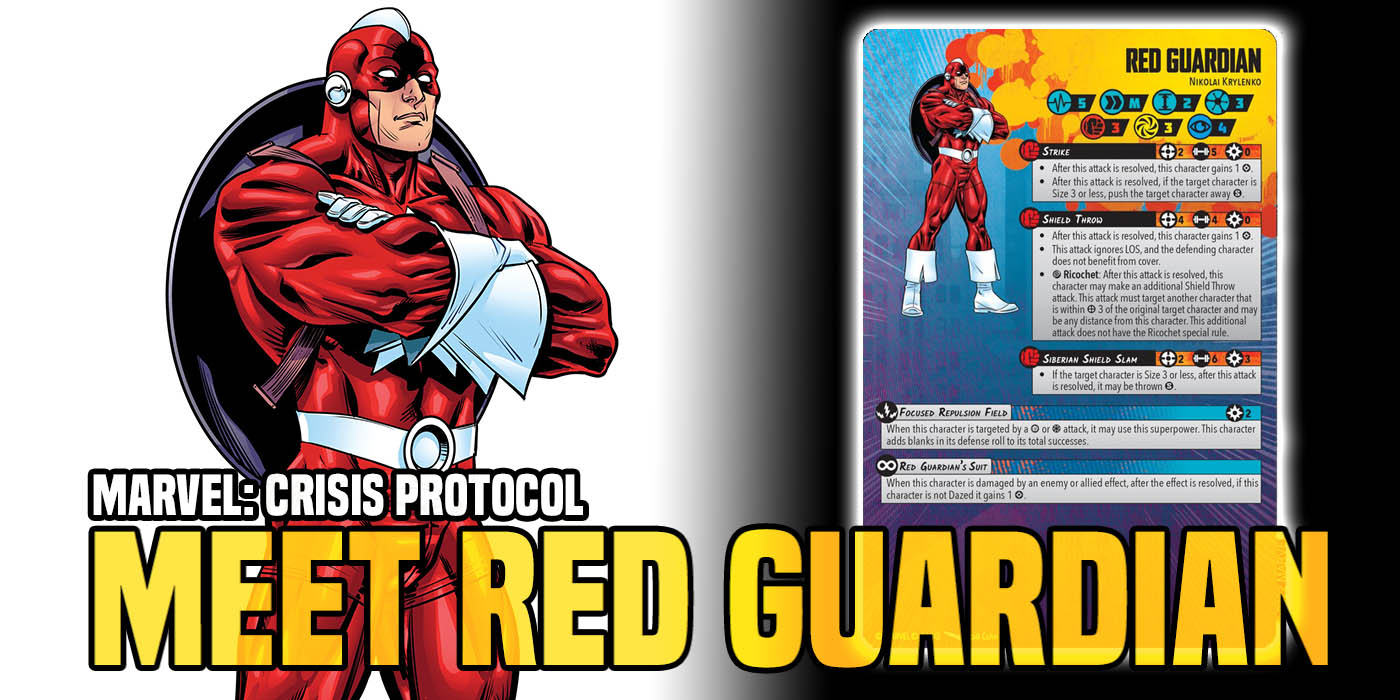