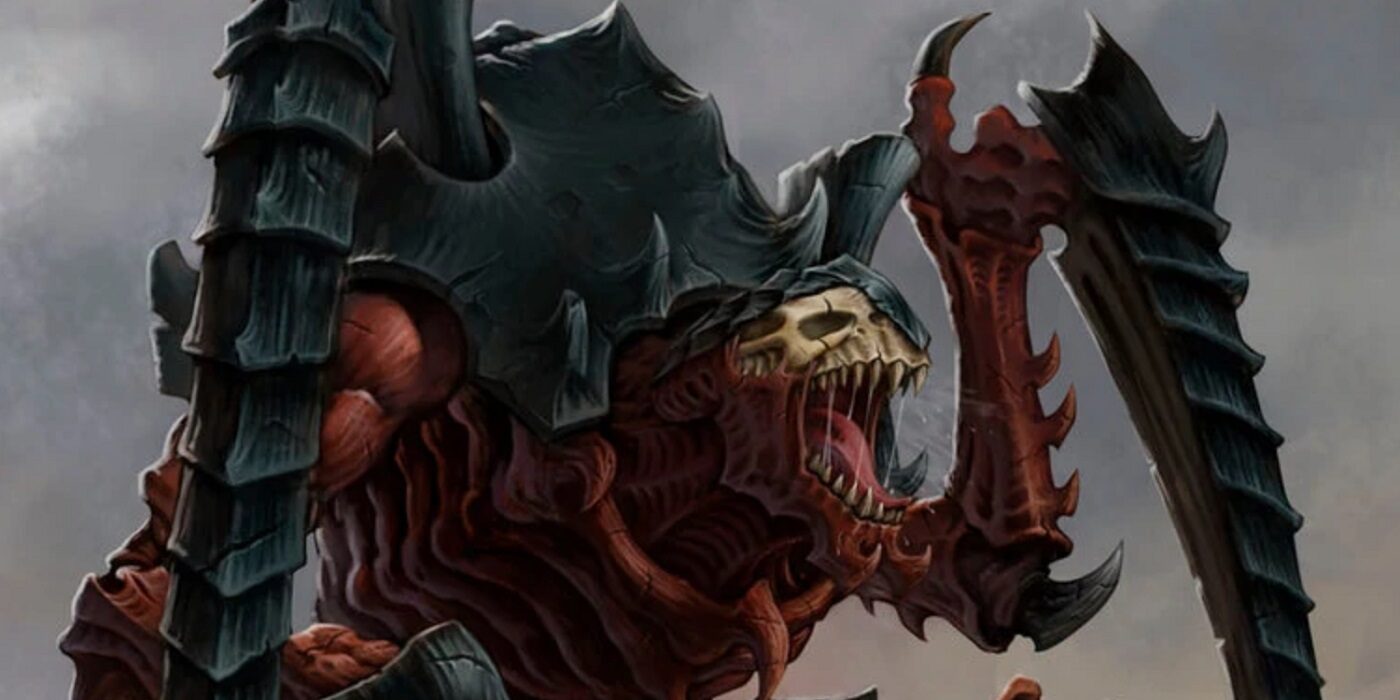 In Magic, green is all about ramping up. And in 40K, no faction ramps more and faster than Tyranids.

Although, the case could be made for Orks. Certainly you’d think that Orks would be green. But at least for this crossover, we get the next best thing, which is big green bugs. Because nothing ramps quite as hard as Tyranids.

First things first you’re facing some termagants or hormagaunts. And then the next thing you know, it’s Haruspexes and Bio-Titans for all. 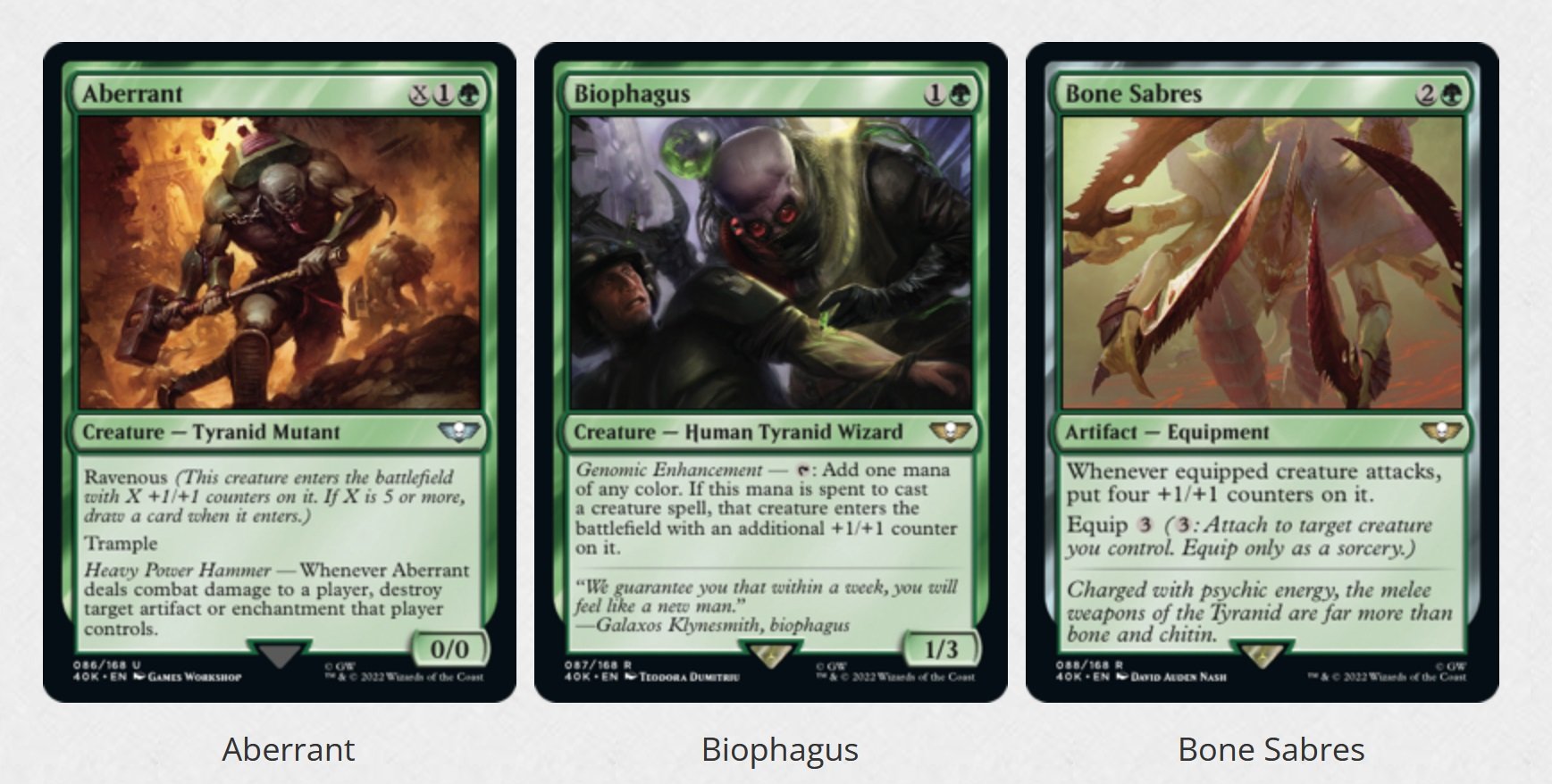 Tyranids come in a wide variety of bio-adapted shapes and sizes. There are the precursors to the Tyranid invasion, the Genestealer Cultists, who we got to see in Blue. But they’re present plenty in Green too. The Aberrant comes in swinging, hitting hard early or late as you decide.

And the Biophagus is a Tyranid Wizard which is a terrifying sentence to read. 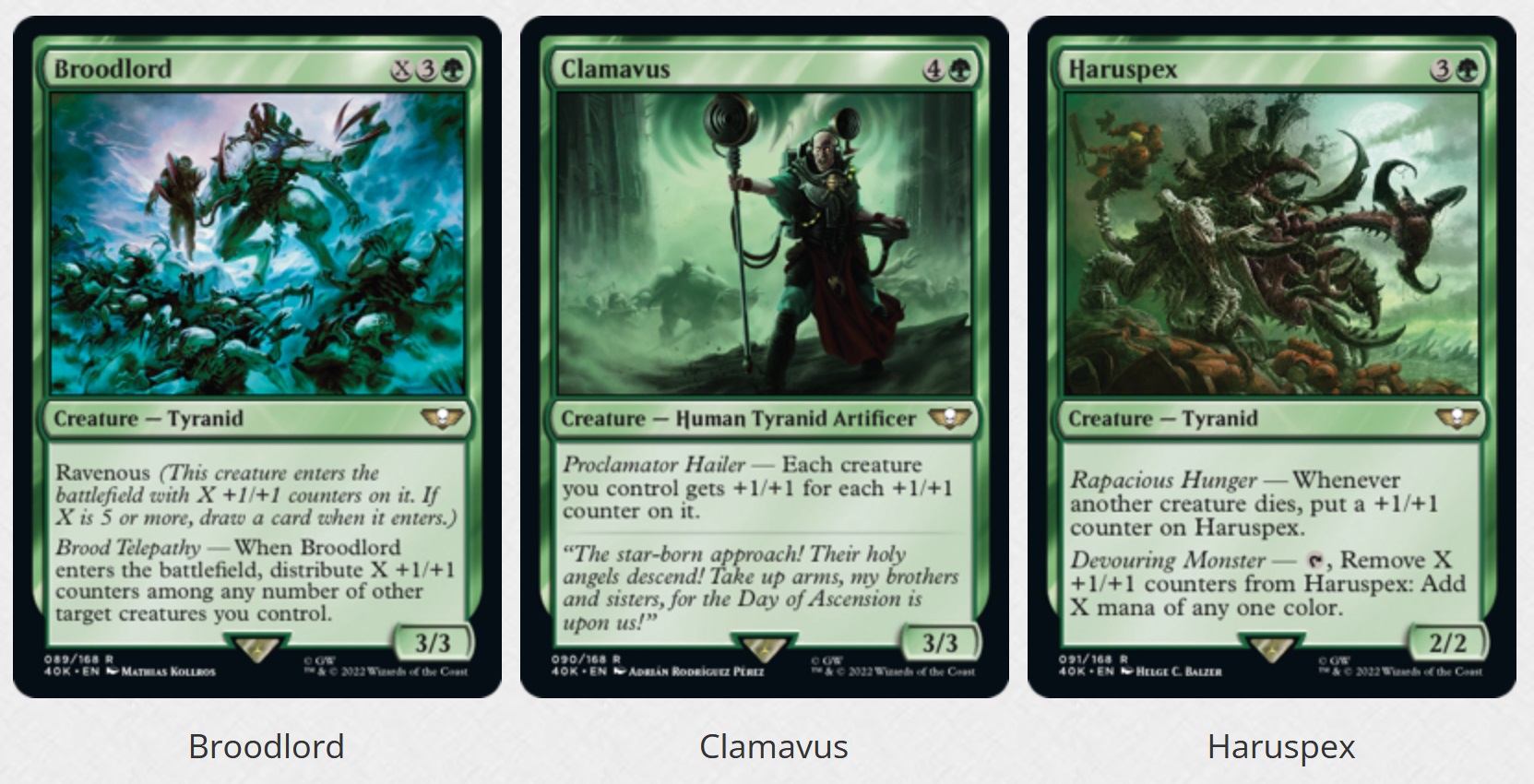 You get the whole Tyranid spectrum in here. Everything from Genestealer Broodlords and their outcriers, to creatures like the Haruspex or the Hierophant Bio-Titan. 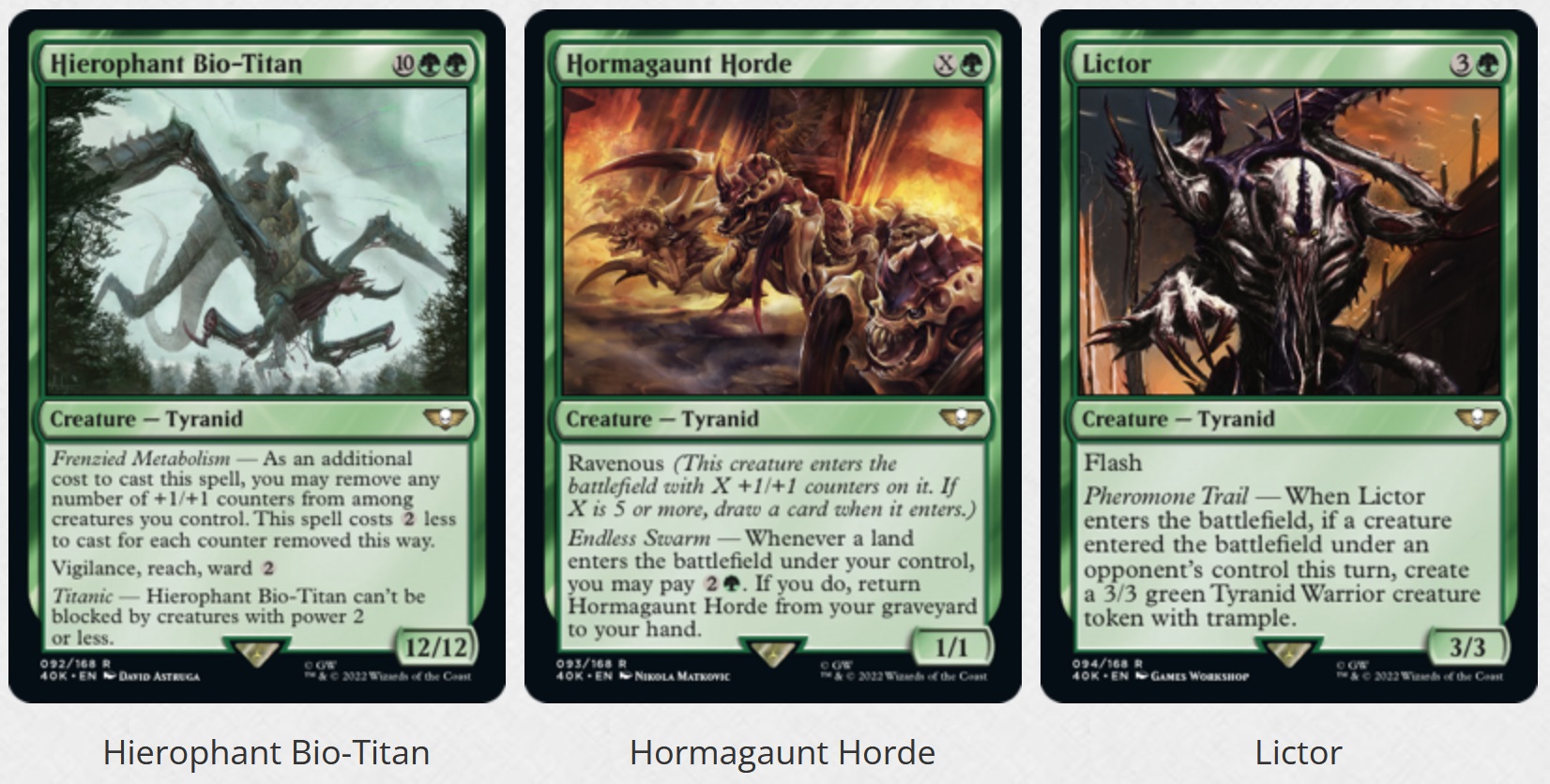 The Bio-Titan is the epitome of big green chonks that show up and cause a lot of problems surprisingly early. The ever dutiful Hormagaunt horde can keep coming back after you take ’em out. And Lictors look like they might actually be worth taking for once.

As you can see, you can really put together an entire Tyranid army out of these cards. From legendary creatures to troops choices. 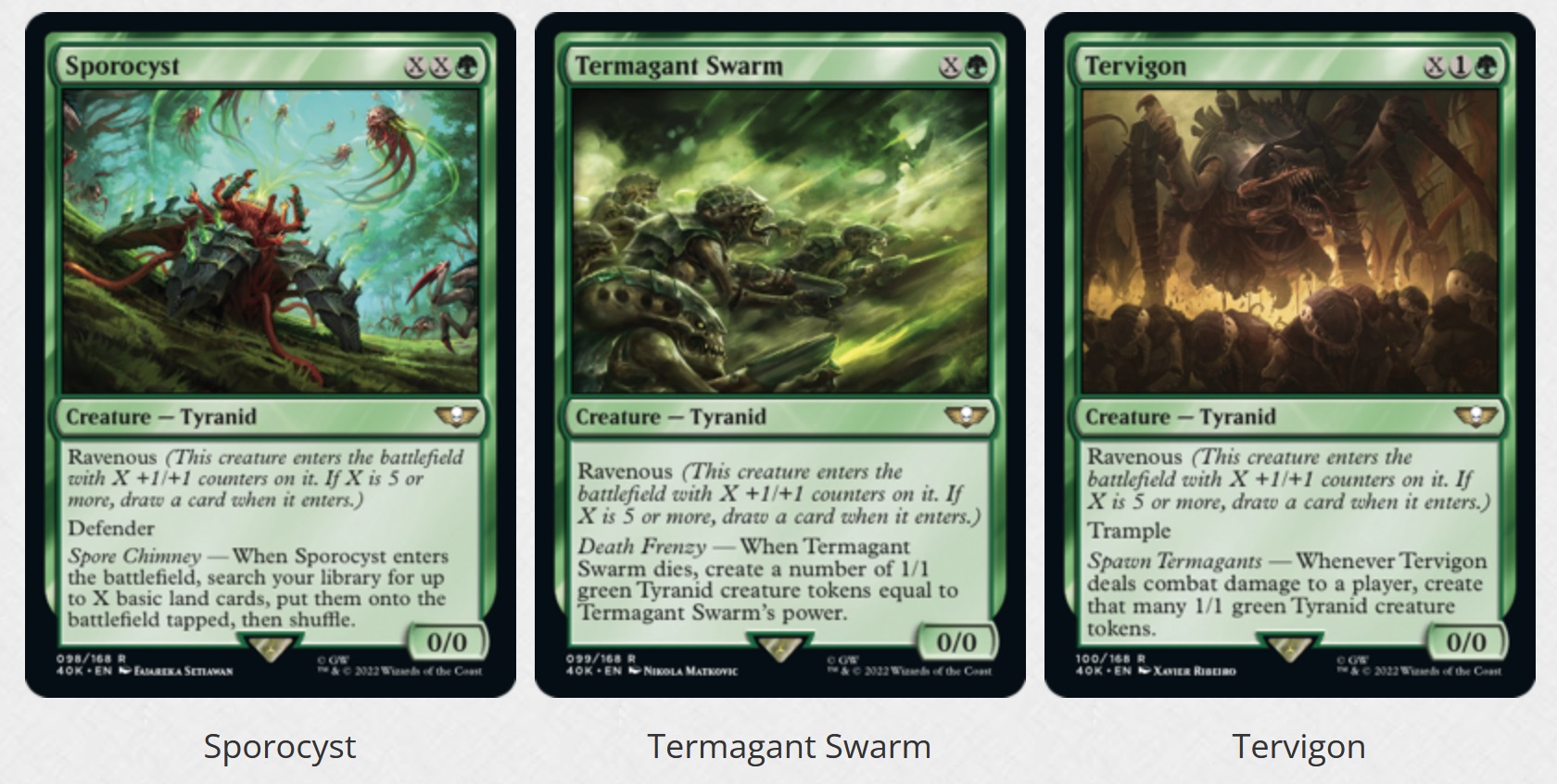 Whatever you need, really. As long as you’ve got the green mana, you can pump ’em out. 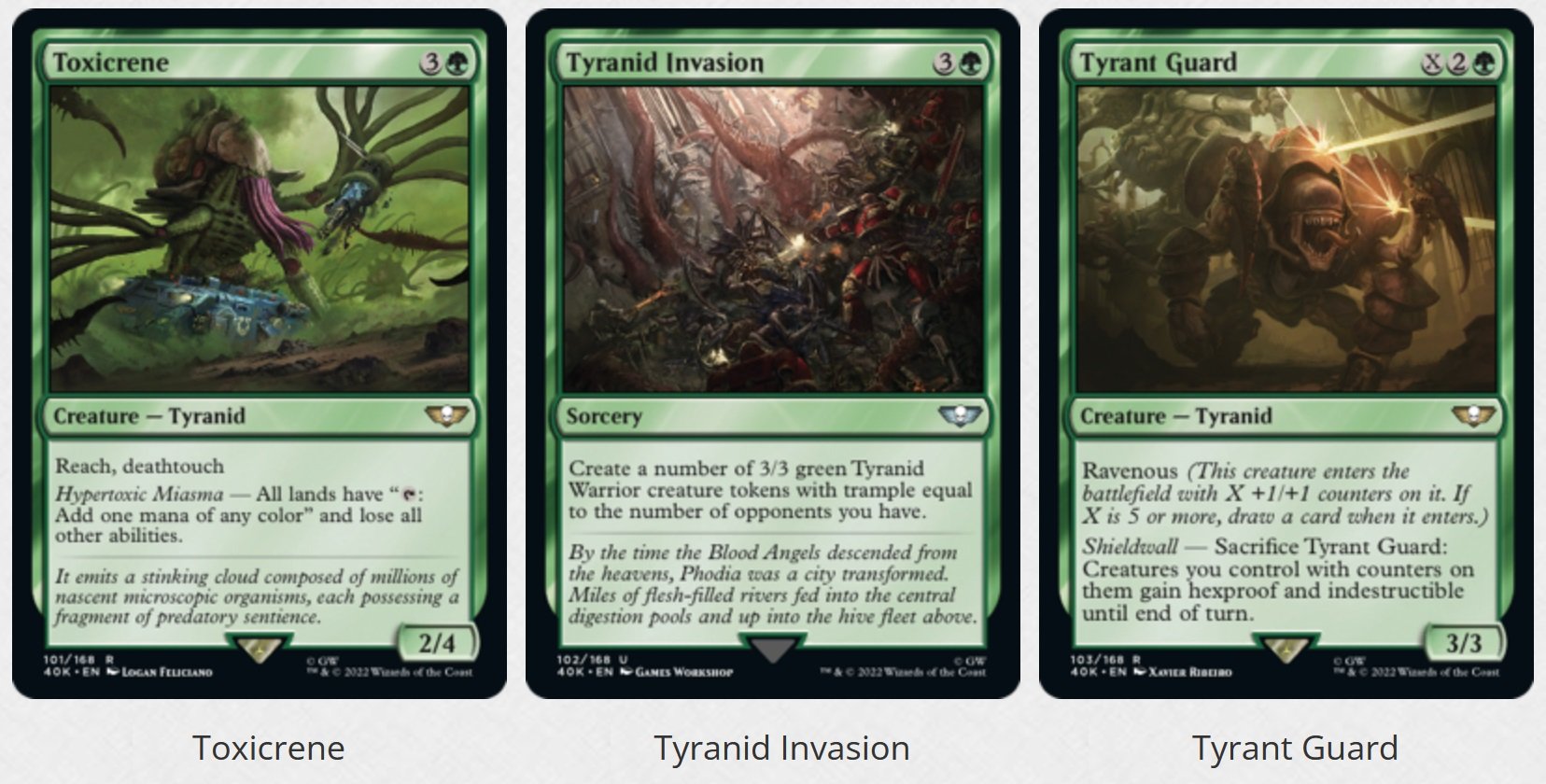 And as the game plays out, you can really recreate the experience of the Tyranids arriving on a world. 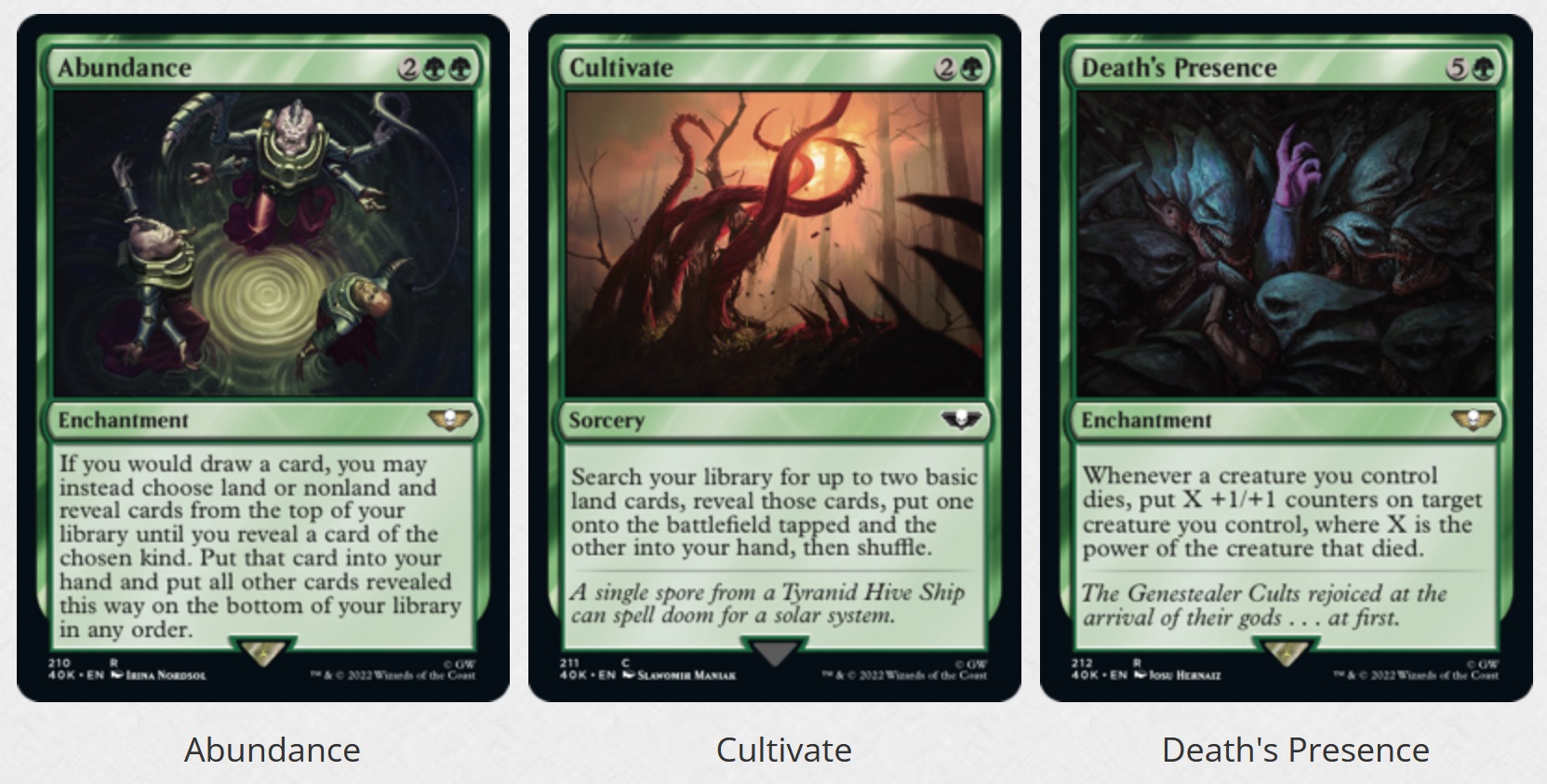 Which is one of the coolest things about this set—we joke that there are some Tyranid players on staff. But honestly, this set captures the feel of the game. And the lore. It’s such a love letter to 40K.

You get a sense not just of individual units or characters. But of the whole feel of the faction. 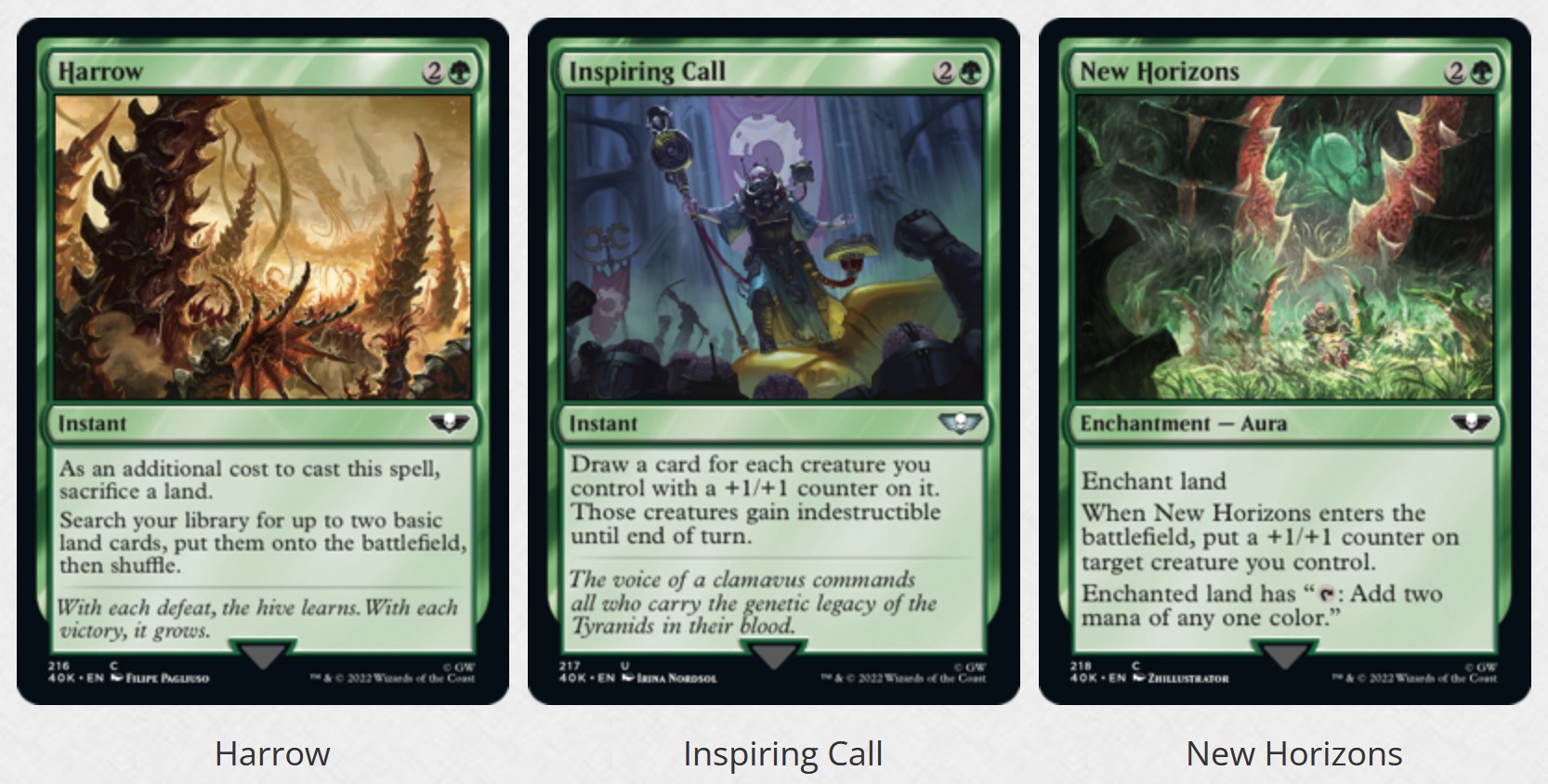 And seeing how lovingly they treat the Tyranids, we’re looking forward to getting a bigger look at some of the other Commander decks. 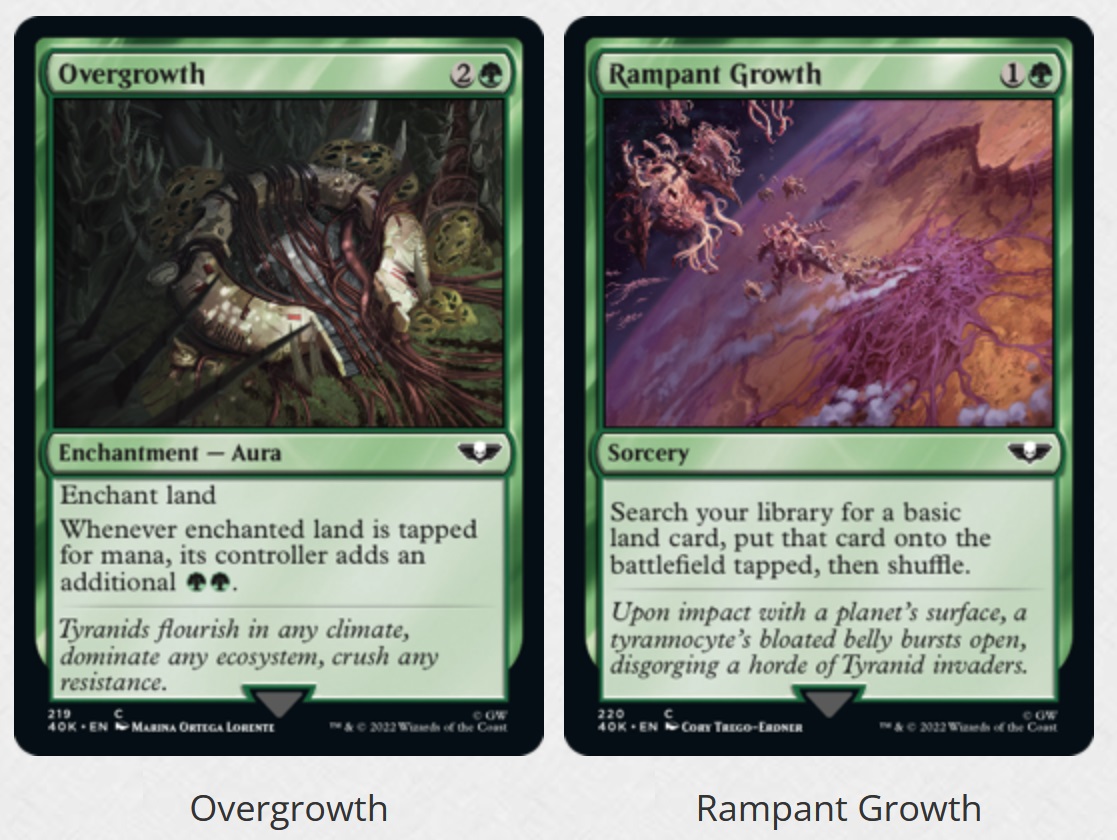 Author: J.R. Zambrano
Bell of Lost Souls Staff Writer and DM, J.R. covers RPGs of all stripes and on occasion eats sandwiches. You can ask him about either at [email protected]
Advertisement
Magic: The Gathering Tyranids Warhammer 40k
Advertisement

How to Play Orks in Warhammer 40K 9th Edition 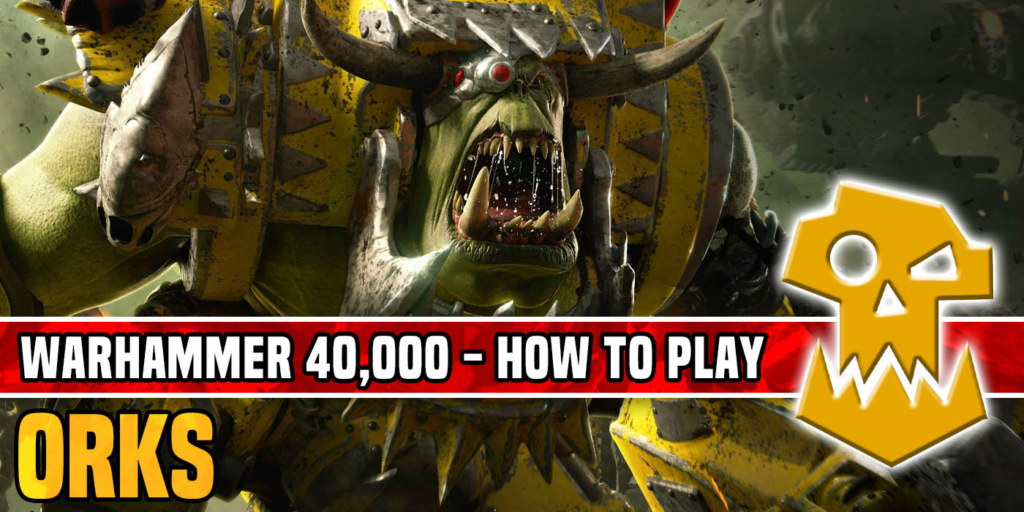