The Batmobile Ranked from Butt-Ugly to Awesome 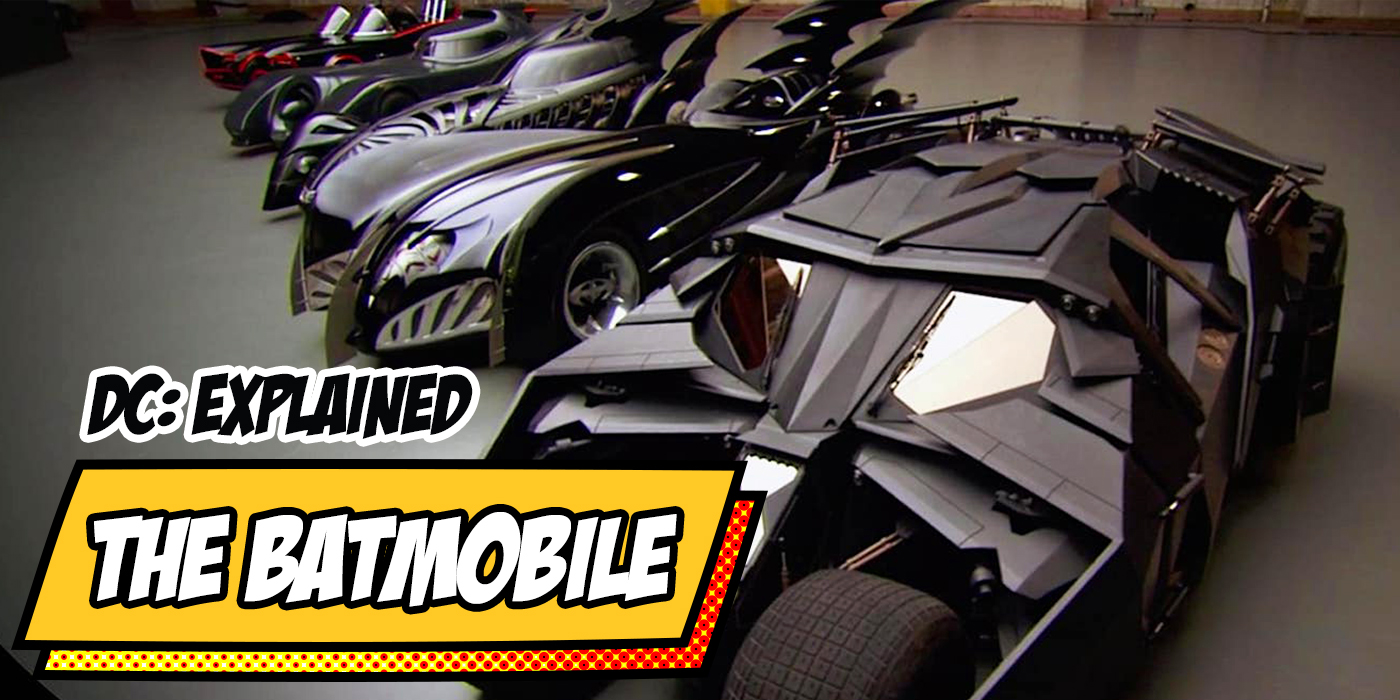 The Batmobile has gotten several revisions over the decades – for better or worse.

The Batmobile has been an iconic part of Batman’s crime-fighting tool kit since it first appeared in Detective Comics #27 (May 1939). The first design was a bright red coupe with a long, reinforced hood and running boards. It took a lot of design cues from the Cord 812 and Bugatti Type 41. The red didn’t last long. The car was redesigned for the comics in the early 1940s when the stealthy black we see today was adopted.

And fins. It had fins, too. That’s where those come from. 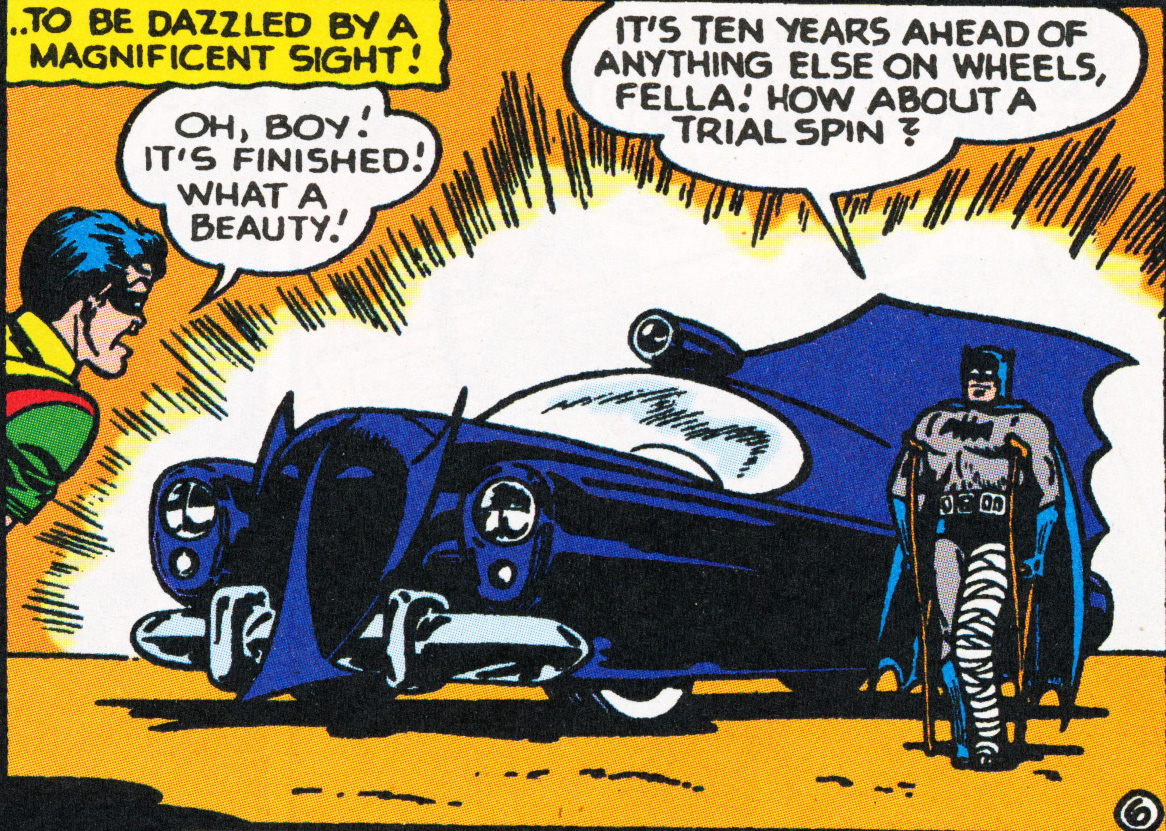 When Batman moved to the screen, so did the Batmobile. The live-action serials featured a 1939 Cadillac Series 75 convertible and a 1949 Mercury 8. Both were considered design-forward cars at the time, but they didn’t have the fantastical look of what was to come.

Seven feature film cars have been created. Inspiration for their design ranges from early comic books and cars on the road to modern military vehicles and trophy trucks. Some have gorgeous, swooping lines, while others have logical suspensions and armor plates. Others are just flat-out ugly and dumb. Like this one…

Joel Schumacher took the entire franchise to cartoony extremes. Tim Flattery designed the vehicle. It takes ideas from the comics with its long, dart-shaped hood but goes its own way after that. It had a Chevrolet 350 ZZ3 high-performance motor with a custom body made of carbon fiber. At 25 feet from nose to tail, it’s long but not the longest on this list.

This Batmobile has some unique features used in the movie, including wheels that could rotate 90° so it could drive sideways, and it had super-speed to jump across Gotham City’s elevated freeways. It also had a grappling hook that allowed it to drive up walls, which looks excellent in animation but stupid in live-action. 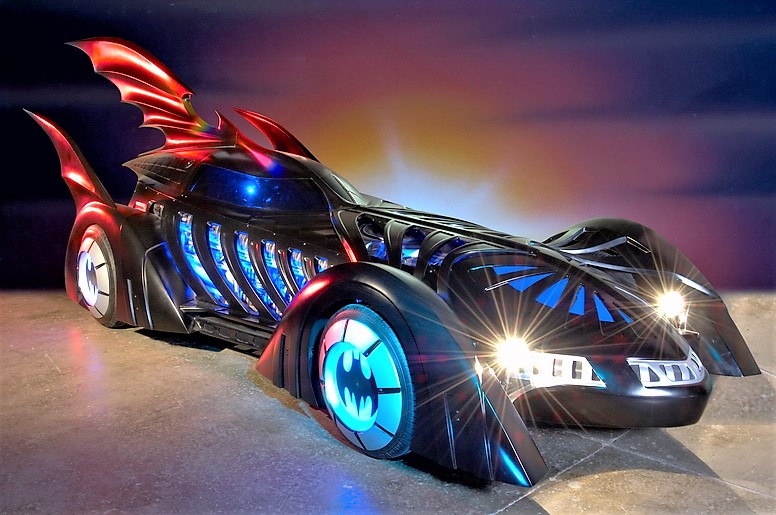 It also had enough integrated lights to decorate a mid-sized dance club. The not quite fender skirts on the front that are trying to add a 1930s vibe look dumb. It is the most fish-tastic of the bunch with three fins, but somehow not the most ridiculous. That honor goes to the next Batmobile.

Schumacher toned down the Batmobile in his second Batman movie. Harald Belker designed the car with fewer cutouts. It has the same body composition and motor as its predecessor. One of the significant changes: eight extra feet. This Batmobile is 33 feet long, thanks to its ridiculous fins. It has the largest set of fins ever built into a real-world Batmobile before and since. Those fins also make it the longest Batmobile to appear on the screen – and the most impractical when chasing the bad guys down the back streets of Gotham.

The car has a sleeker body with an F1-style open cockpit (because George Clooney’s Batman didn’t need head protection), but still has an array of lights hidden within the body, including a lit turbine intake that spins. The design drops the single jet engine for an array on the back. It gets bonus points for a more elegant body style, but it’s still tacky as heck.

This is a bad Schumacher joke.

The vehicle created for Batman v Superman is a mash of military and the classic long-nose design. Patrick Tatupoulos and Dennis McCarthy created the vehicle. It’s 20 feet long and 12 feet wide (the average car is 5.8′ wide). Its massive size requires massive wheels – it sits on shaved tractor tires. Details haven’t been released about what engine is in it, but it’s listed as having a top speed of 205 mph.

Batfleck’s car is fully armored and has stealth capability. It has a controllable suspension that raises and lowers depending on the terrain. Where this Batmobile differs is how it’s armed. There is a Gatling gun at the front, and it has multiple weapons bays. It is ready for the apocalypse.

This Batmobile combines elements of all the ones before it without looking goofy. It makes sense for the world it lives in. I really hate the gun sitting on the front of it. We haven’t seen it on the big screen, but what I’ve seen in the trailers and marketing puts this Batmobile fourth on my list. It has a different set of influences than the others. Sure, it’s armored, but it’s not a military-inspired vehicle. Yes, it looks like a regular car, but it doesn’t have a long front end.

Designer Ash Thorp seems to have looked to the 1970 Plymouth Barracuda and other American muscle cars of the era. It’s wide, low, and aggressive, with a Baja 1000-worthy suspension system and a super-powered engine with jet exhaust. And if you look closely, it has hallmarks from one of its predecessors – the fins from the 1966 Batmobile.

It really looks like something a rich person with a mechanical mind could build without an entire R&D department. I’m looking forward to seeing everything it can do. 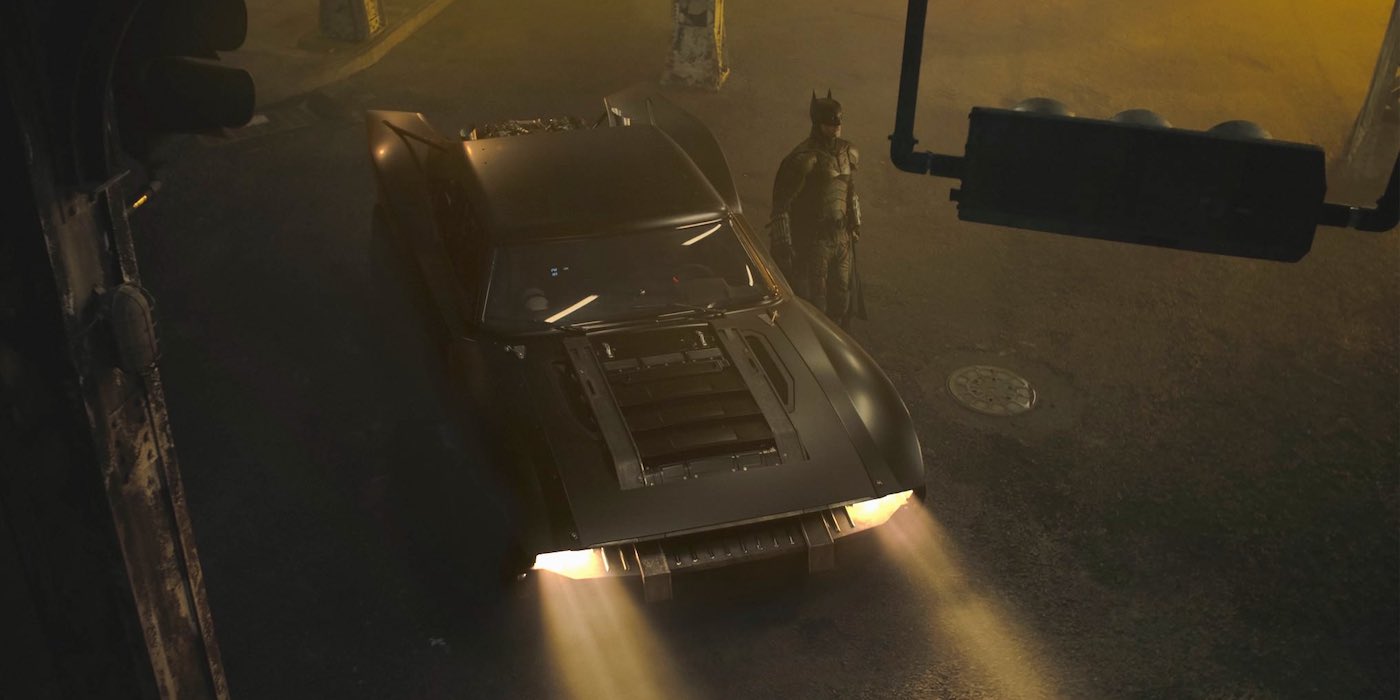 A modified 1959 Cadillac was chosen for the show, but the timeline was too tight. The one-off 1955 Lincoln Futura concept car that was chosen was handbuilt for Ford in 1954. It appeared in an MGM movie and was then stored at custom car maker George Barris’s garage. It had been there for years before he was approached to make a Batmobile and fast.

The car didn’t need a lot of modification before appearing on the TV show. Barris did some metalwork and had it ready in three weeks. The car came with the paint job. Those aren’t red stripes, by the way; they’re “fluorescent cerise.” During the first season, its engine, transmission, and other parts required for the Batmobile to function were replaced, but the iconic look stayed.

The car in the show is packed with all the goofy bat gadgets. Everything from a handy automatic tire inflation device and bat-glove compartment to the inflatable Batmobile and the library paste bat-dissolving switch. It was the dynamic duo’s primary mode of transportation from the Batcave to all manner of hijinks.

The car is iconic. It’s a piece of futurist design history that would have just sat in a garage if not for the corniest Batman show ever and a tight deadline. It was the perfect Batmobile for the show. 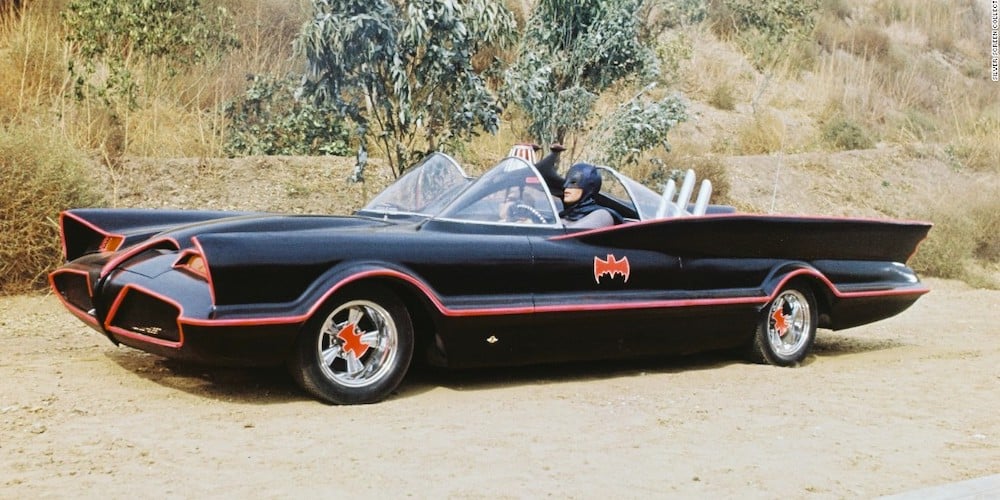 2. The Nolan Trilogy – The Tumbler

Christopher Nolan and production designer Nathan Crowley took Frank Miller’s riot tank and squashed it into something more realistic and grounded in the real world. It was a total departure from Batman’s vehicles before it. The Tumbler is beefy, utilitarian, and angular. It’s also the shortest of the scratch-built at 15 feet. To move its 2.5-ton weight, it has a GM V8 engine capable of 500 horsepower.

It has all the weapons systems you’d expect in an all-terrain military vehicle. The only thing unbelievable about it is the ejectable Batpod. The Tumbler ushered in a new era of grounded design for Batman and superhero movies in general. 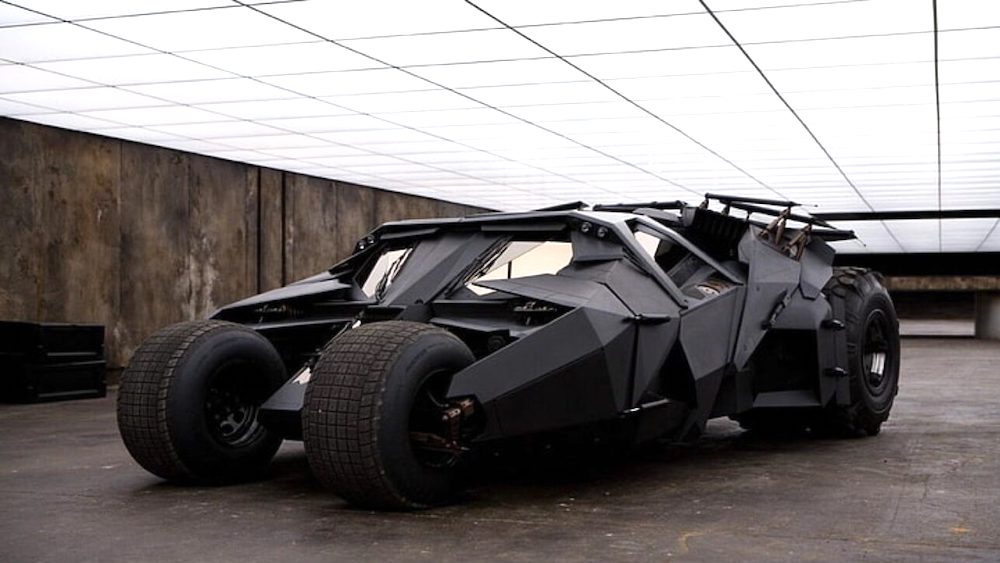 The sleek Batmobile from Burton’s movies had no straight lines, which works wonderfully in the art deco Gotham presented in the film. It was designed by conceptual illustrator Julian Caldow and built by the special effects team at Pinewood Studios in England. The car sits on a Chevrolet Impala chassis, and the body is 22 feet long. It helped Batman take down criminals with an arsenal of classics (turning with a grappling hook? you bet) and new tech (it had a CD recorder – pretty up there for 1989).

Yeah, I know. It’s the same general shape as the two at the bottom of this list. But it belongs in this spot. It calls back to the Batmobile in Detective Comics #156 while doing something different with it. Like the Tumbler, it was a first that others would copy. It was also the first Batmobile I saw on the big screen – it left an impression. 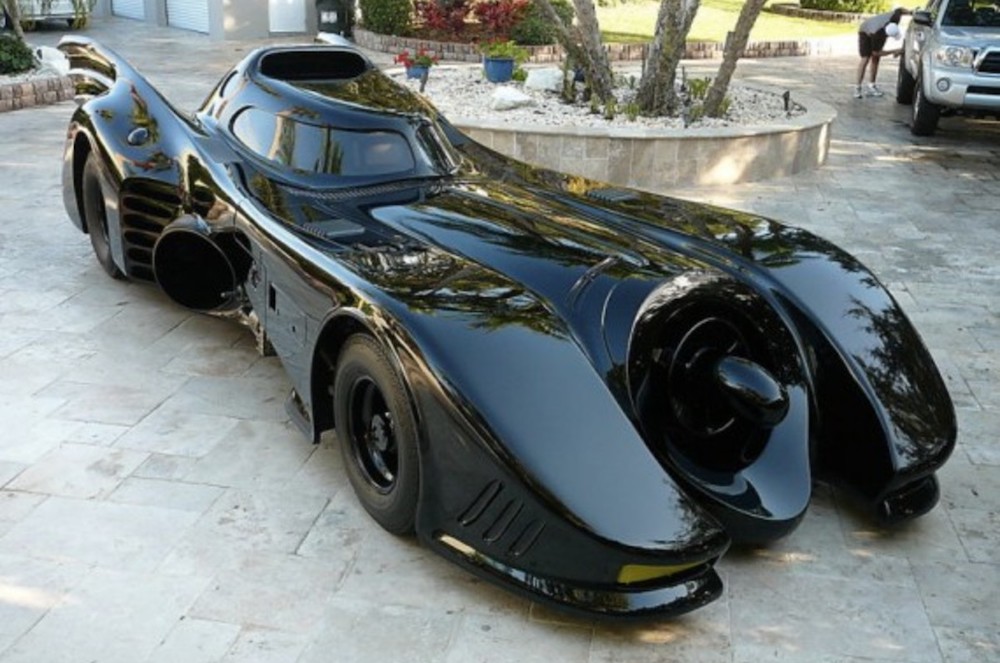 Author: Mars Garrett
Pop culture staff writer that has been on the BoLS team since 2010. Contributor on the One of Us podcast. Marvel, Vertigo, and dystopian sci-fi fan. Enjoys bad movies, amazing stunt performances, and the internet. Hates rom-coms. (she/they)
Advertisement
Batman DC Explainer Movies and TV Pop Culture
Advertisement

LEGO Sets Under $150 for Your Favorite Builder This Giftmas