Age of Sigmar: Warcry Has A Tournament Organizer App 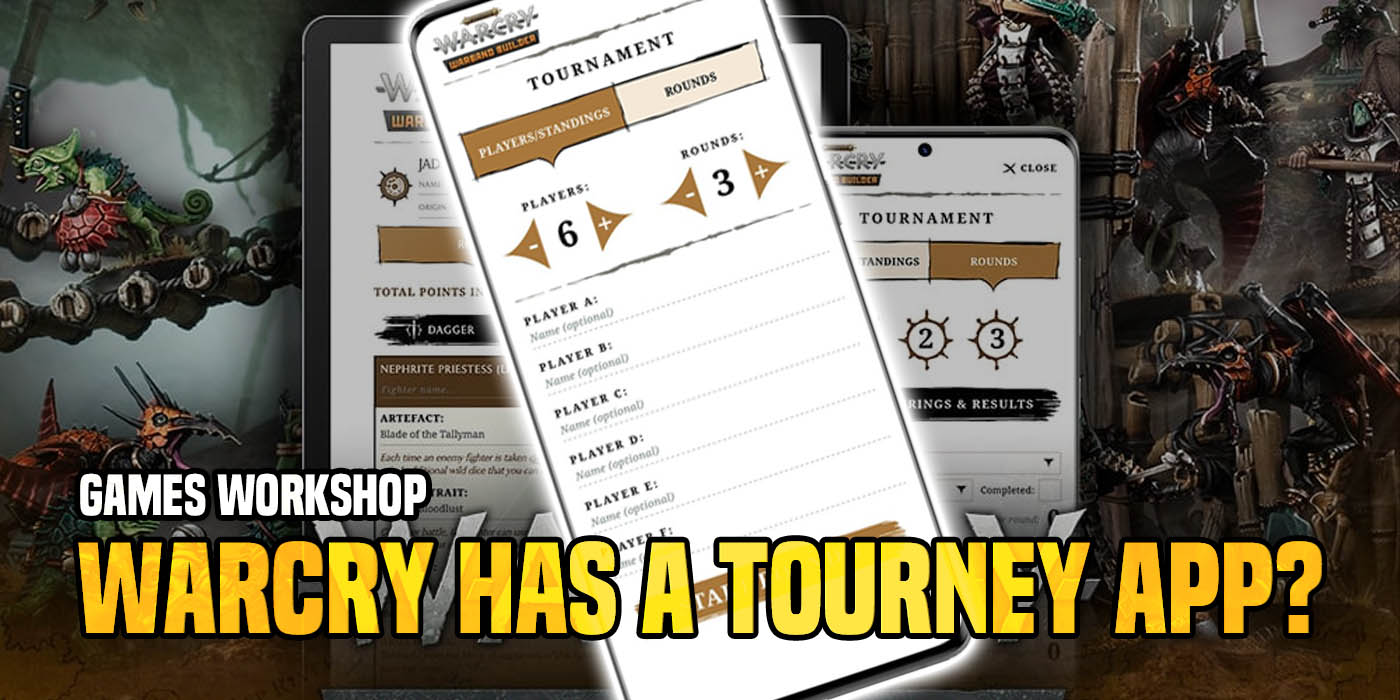 Warcry now has a Tournament Organizer App for anyone to use for free. That’s got some interesting implications.

By now, you’ve probably seen the news about the updated and improved Warcry Warband Builder. It used to be the Varanscribe App that was free but has since been rebranded and updated. We like most of the improvements and think it’s an overall good change. Aside from now being able to export your warband there was one feature that stuck out at us: The Tournament Organizer App. 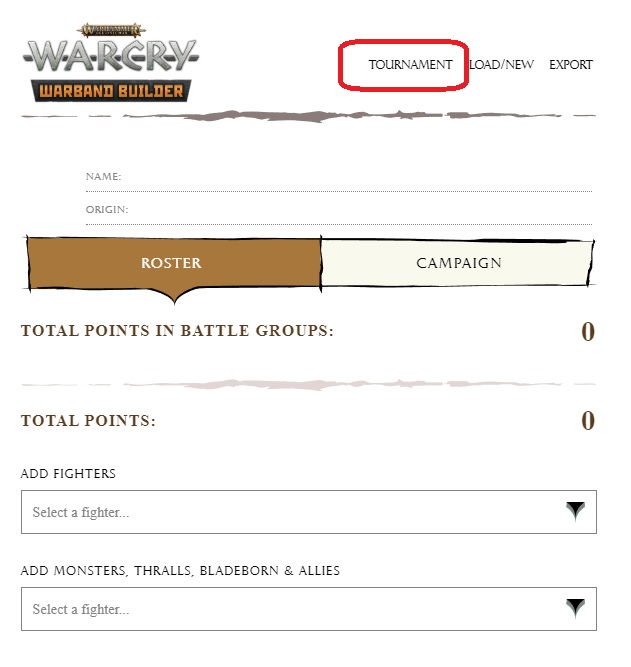 It’s pretty simple to use. Once you go to the Warband Builder page you just click on tournament and add all the players and set the rounds. 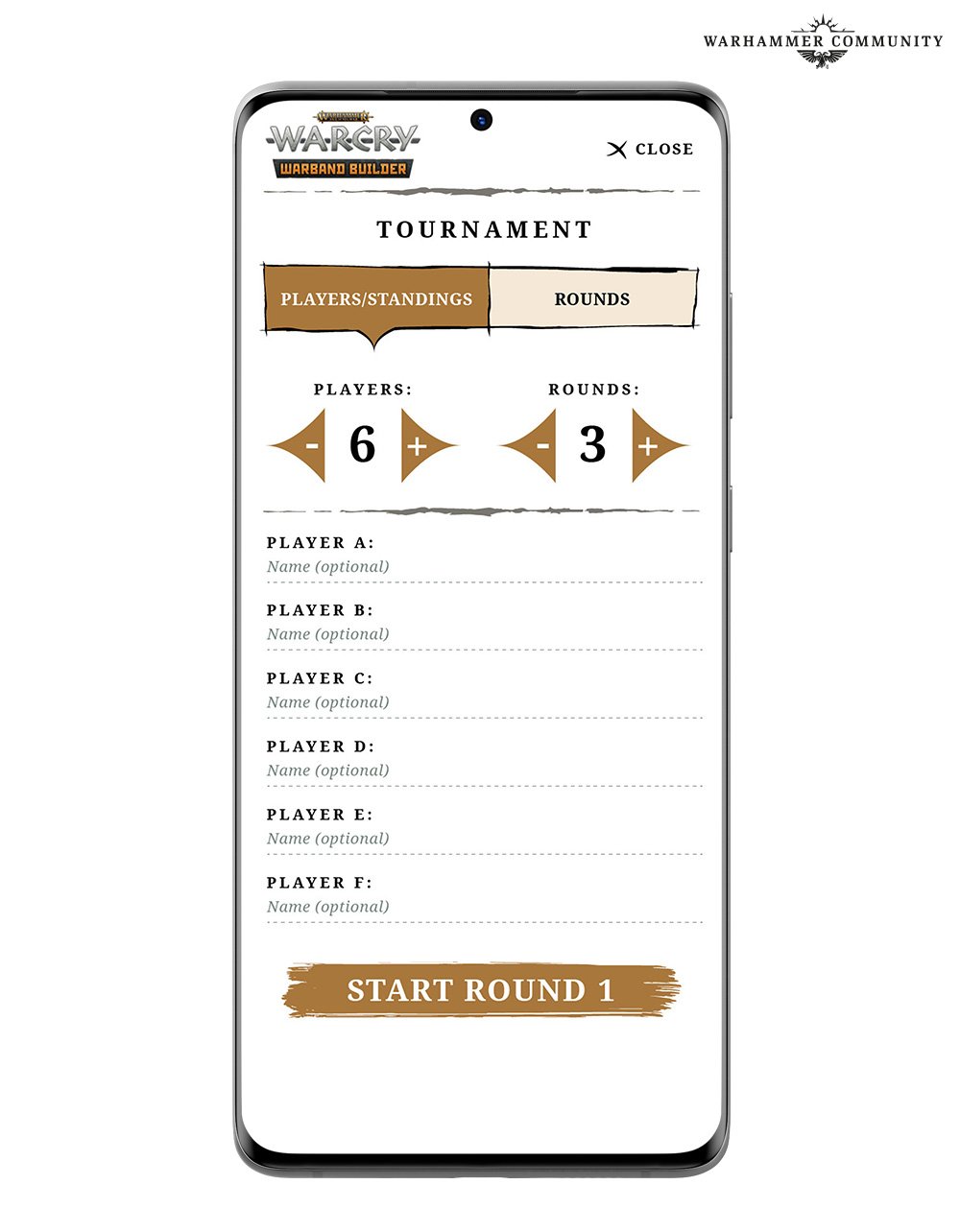 From there…it’s just a matter of recording results and filling out the sheets. Then the app handles the pairings and goes from there. From our testing we found you can host up to 12 players and go up to 11 rounds. It’s perfect for a store looking to run a small, local event. If you’ve got a group and want to play a little round robin at someone’s house or gaming club. Theoretically, you could even host more players and just break them up into pods if you wanted to run an even larger event. Basically, you’ve got options.

…Because Of The Implication

While this might not be a technical marvel or even a new concept there are some implications. The biggest and most obvious one to me is this: If GW can do this for Warcry, why can’t they do this for other games? The answer is they absolutely can. And they could probably scale it up to more players if they wanted to.

We work with Best Coast Pairings every week to bring you the top lists from 40k and AoS competitive events. It’s a very popular option for events, large and small. I don’t know if GW wants to “compete” with that app in terms of 40k or AoS — but for their other games that might not have such a wide audience or even be supported by a Tournament Organizer app this could be a good niche to fill. 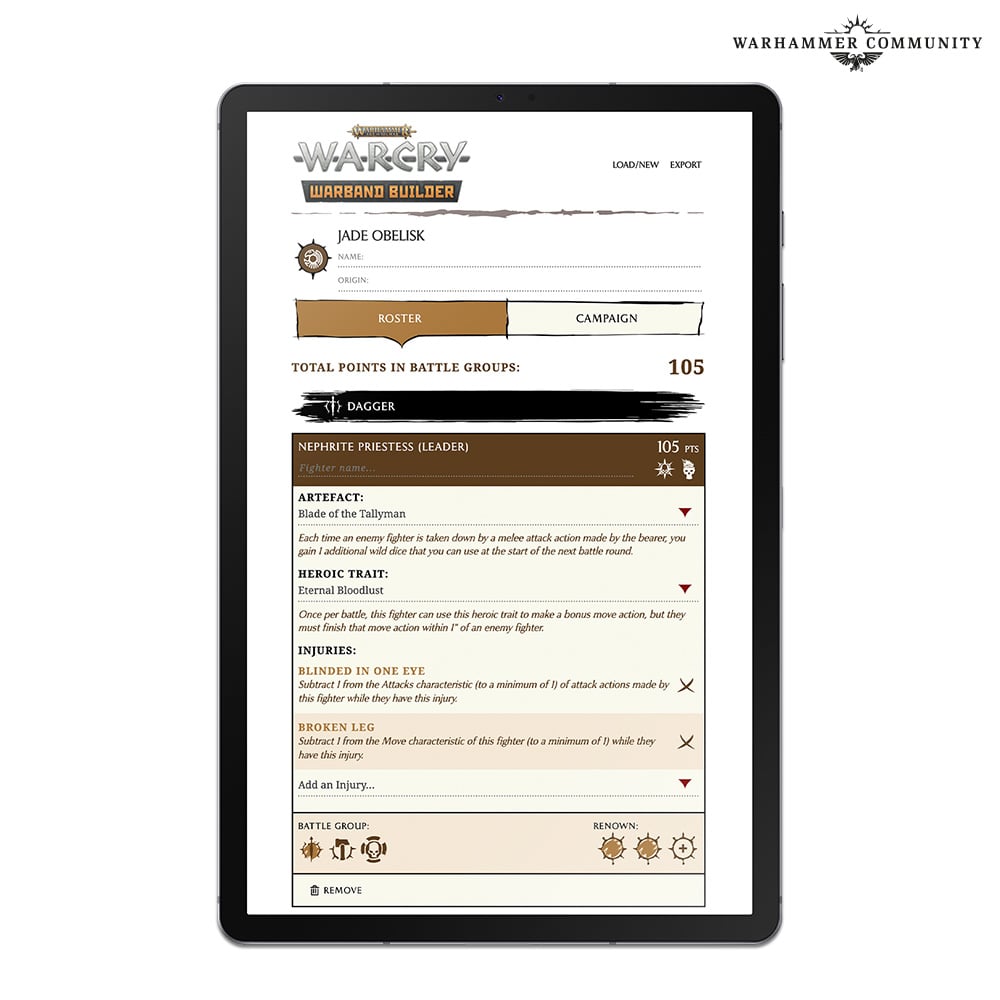 But getting back to Warcry, GW also put out a Tournament Organizer Pack. They are making it SUPER easy to run a Warcry event. It’s almost like they want to help foster a Warcry Competitive Scene. Could they do something similar for Necromunda? Or what about making a TO App for Warhammer Underworlds? That game is already a competitive arena game and would absolutely benefit from an official app that ran tournaments. 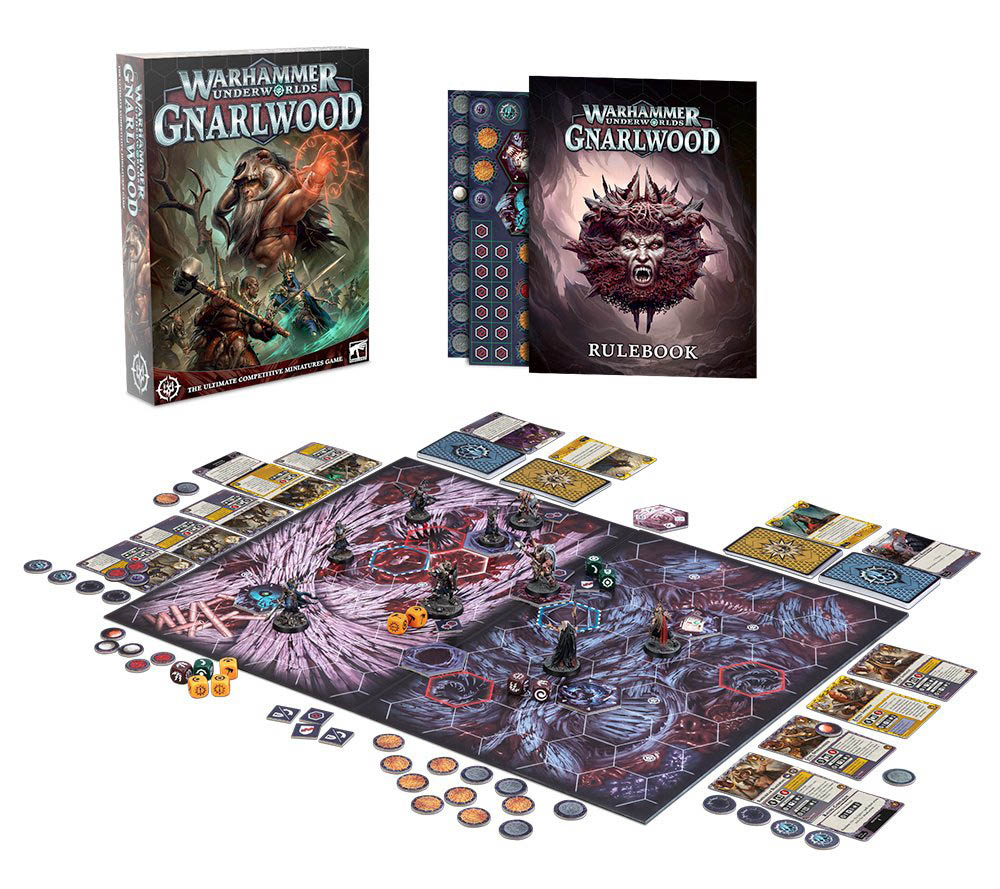 Could totally benefit from a tournament app…just sayin.

There’s also the other implication of data collection. I don’t know if the Warcry App has any built in data collection but if it could track which warbands are winning events in aggregate that could be useful info to help balance the game. Maybe GW has some back-end stuff to collect that type of info or maybe this is just a simple web script to help run tournaments and that’s it. We don’t know that one way or the other but it would be pretty smart to be able to monitor that info, don’t you think?

The whole point is that GW has made a Tournament Organizer App that is easy to use and free. If they can do it once, they can probably do it again. And if they are going to spend the time to create these things for free, there’s got to be a way to use that info to help improve and promote the competitive scene for these games. Or maybe it’s just a free app from the kindness of their tabletop wargaming hearts as a Christmas Gift to the community. I guess we’ll see how it plays out.

Gee, I wonder why GW would create a super helpful Tournament Organizer App that’s free for everyone to use…

Author: Adam Harrison
Writer, Editor, Texas Native, and Austinite for 15+ years, Adam covers all things Tabletop Gaming. Which includes Warhammer 40,000, Age of Sigmar, D&D, Board Games and everything else that involves dice, boards, cards and a table. A hobbyist, player, and collector of miniatures and games, Adam's current obsession are his Death Armies for Age of Sigmar, his Blood Angels and Tyranids for 40k, and his ever growing Arkham Horror: The Card Game Collection.
Advertisement
Age of Sigmar Editorials Games Workshop Warcry
Advertisement 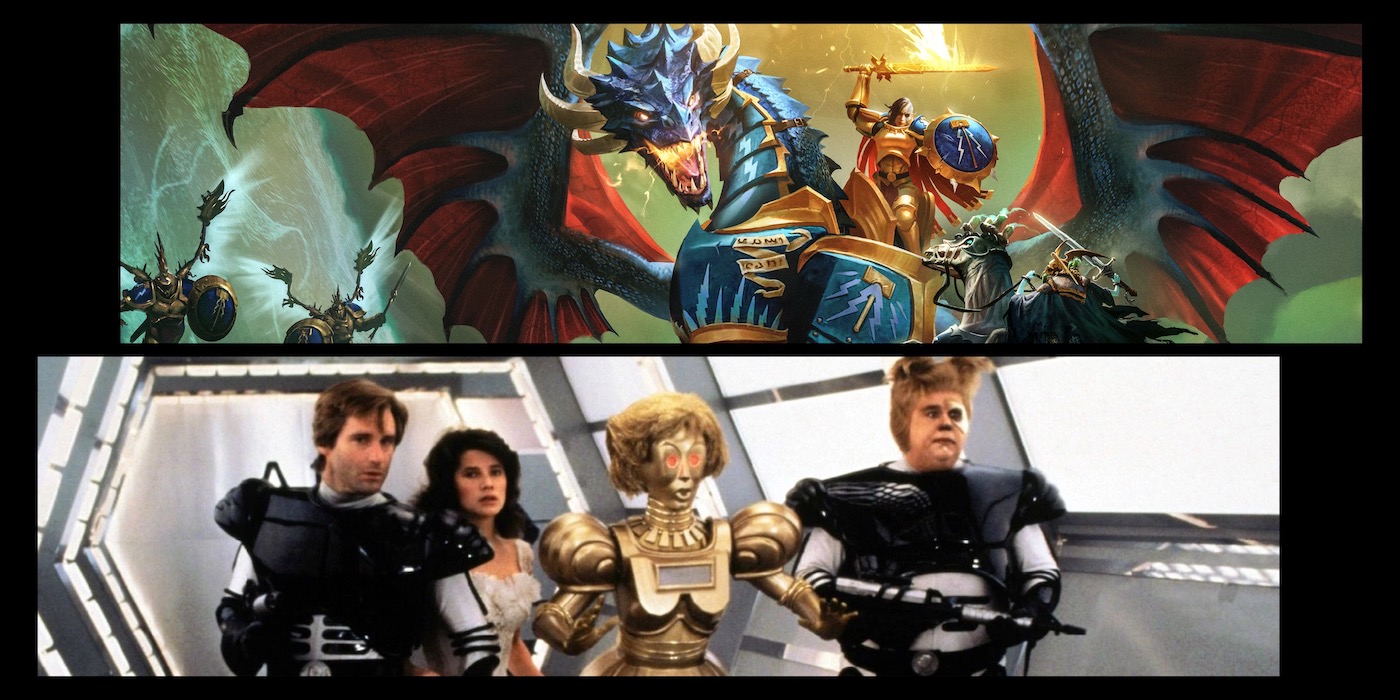