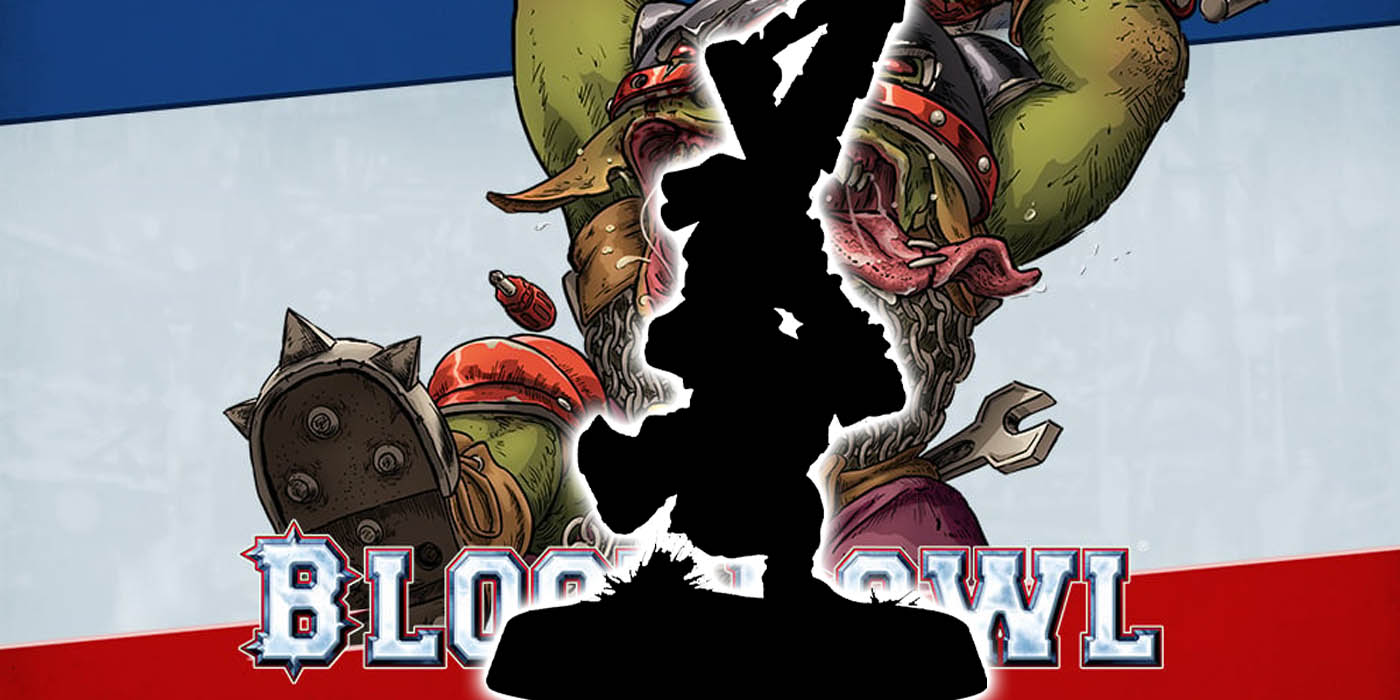 One of the most iconic Star Players of all time has returned to the pitch of Blood Bowl. Say Hello (again) to Nobbla Blackwart!

There are a few things conjured up in my mind’s eye when I think about Blood Bowl. Griff Oberwald and his winged helm. Footballs with spikes covering them. Treemen throwing Halflings. And a gobbo with a chainsaw. Well, today, GW has announced the return of that very gobbo with a brand new resin model.

“A capering Goblin with perhaps the least subtle secret weapon in the entire history of Blood Bowl, Nobbla Blackwart has been on the scene for nearly three decades.” 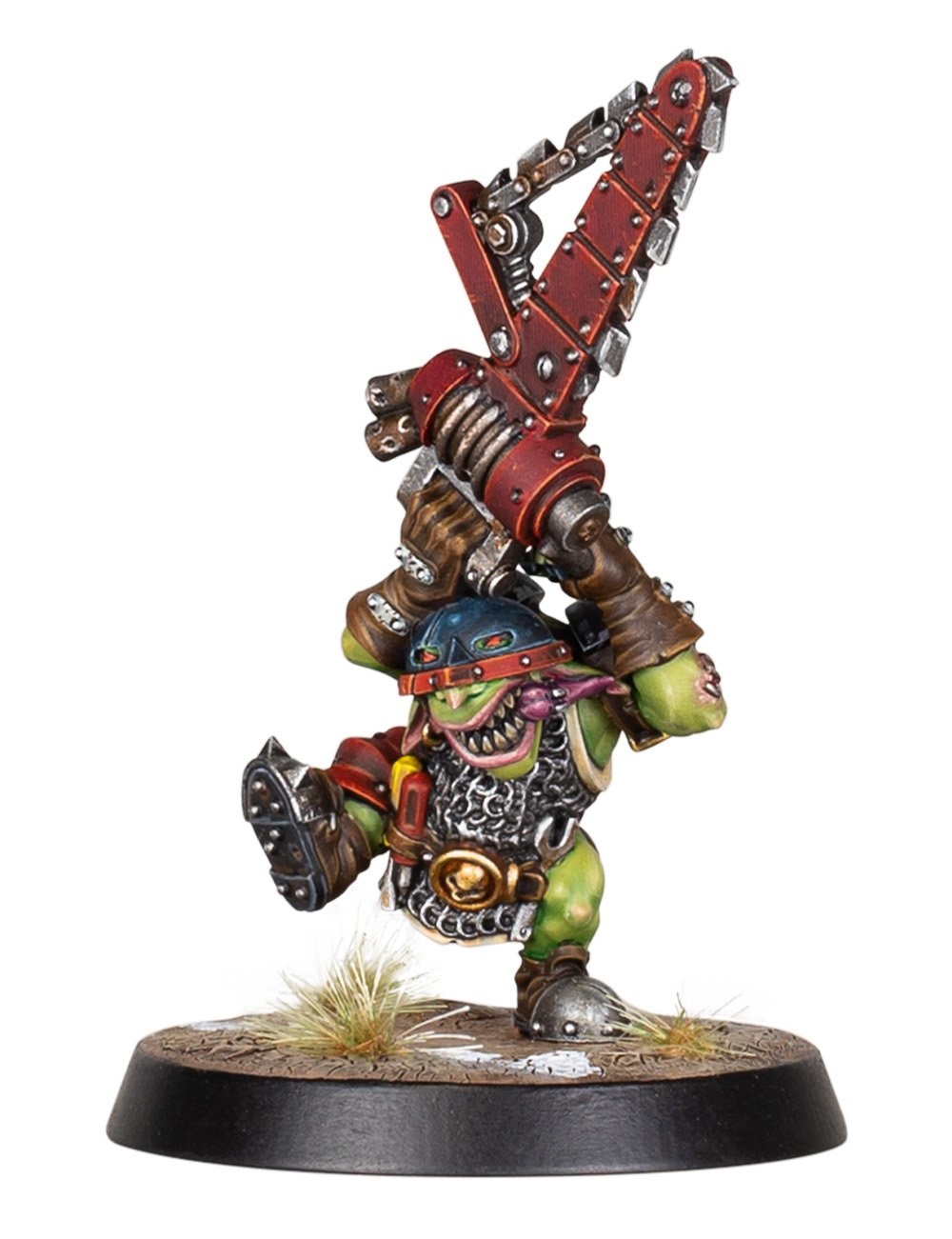 It’s a great re-imagining of the classic model for sure. Here’s a look at his old school Star Player Card for comparison: 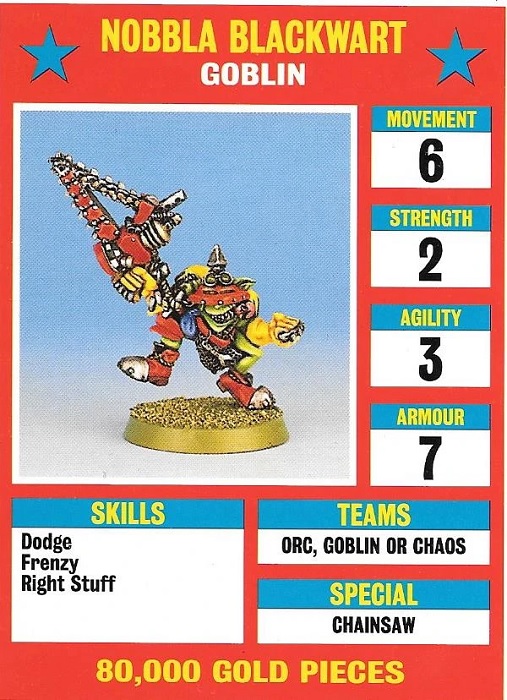 I’m glad to see they kept his uh…unique chainsaw and also his helmet. You can even see his chainmail and the tool belt is a nod to the old model. He did get some rules updates with the new model as well:

“He’s pretty tasty for a Goblin too – Block and Dodge make him that much harder to put down, while his unique Star Player rule is called Kick ‘em while they’re down! Once per game, he can chainsaw a prone opponent without it counting as a foul – a useful way of making sure that Big Guy stays down.”

In case you’re wanting to recruit him, he players for the Badlands Brawl and the Underworld Challenge teams. Oh and as a bit of a teaser, keep an eye out for another iconic Goblin coming back to Blood Bowl. That one’s got a bit of a spring in their step… 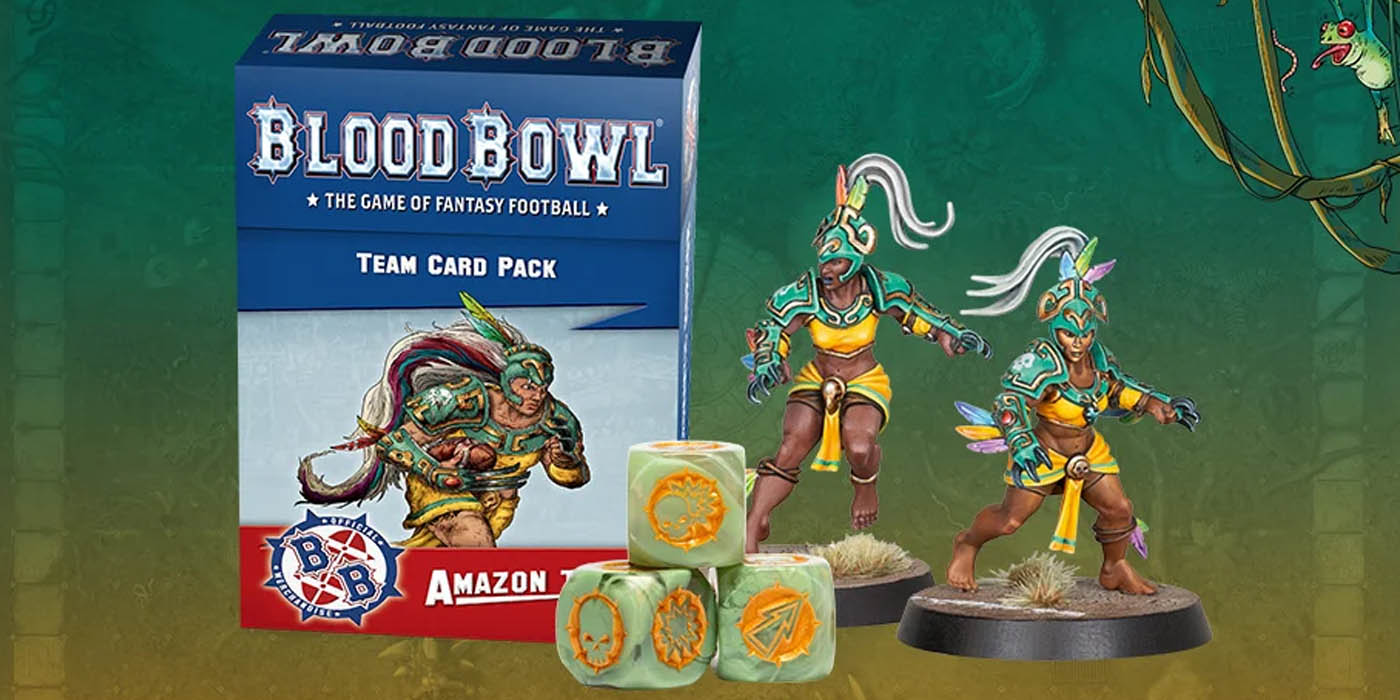