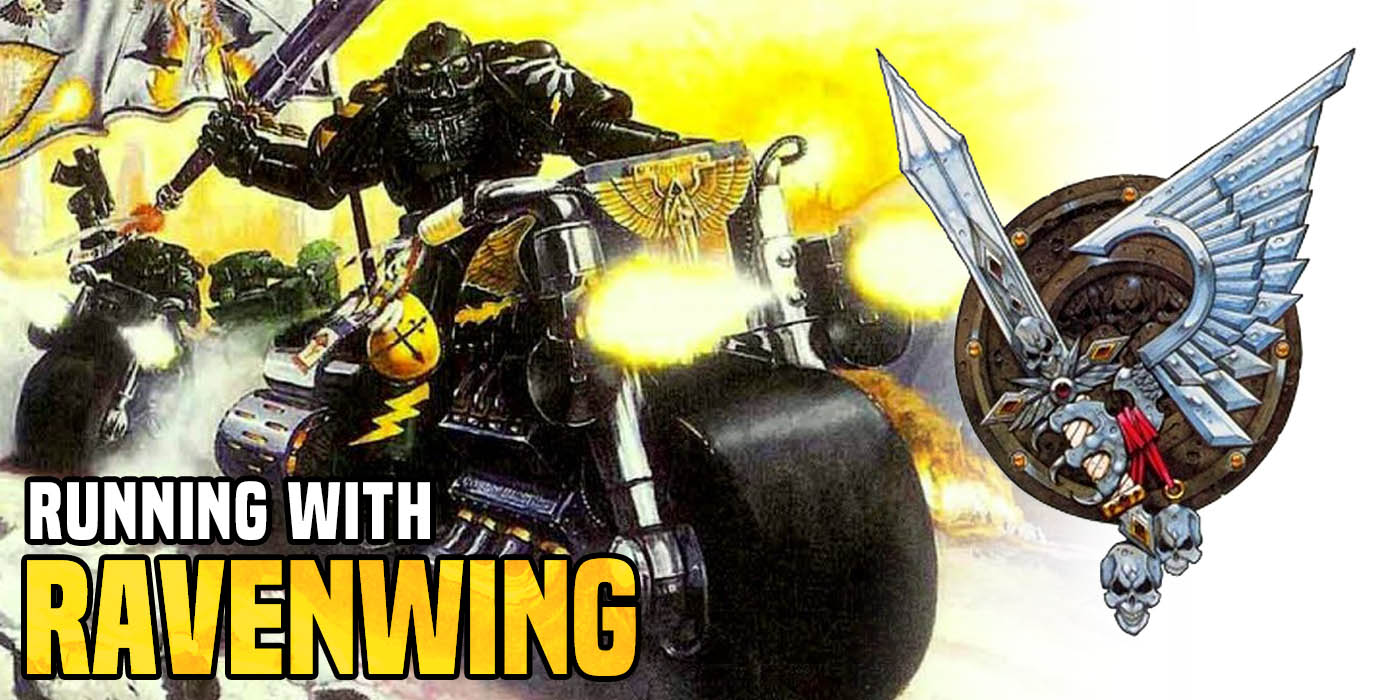 Goatboy here with a Dark Angels Ravenwing army that could roll all over the tabletop – and the competition.

It feels like I talked about a list like this a few years ago when the Dark Angels book came out.  It’s crazy how a point change and game shift can resurrect an army.  Especially the threat of having so many bullets coming at you turn 2 to turn your army inside out. So let’s get on the bike, rev that engine and head off towards victory! 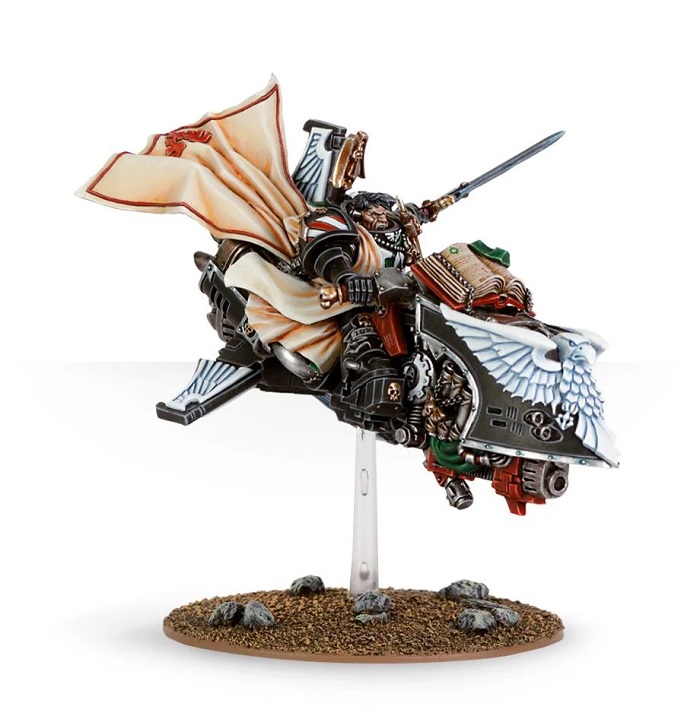 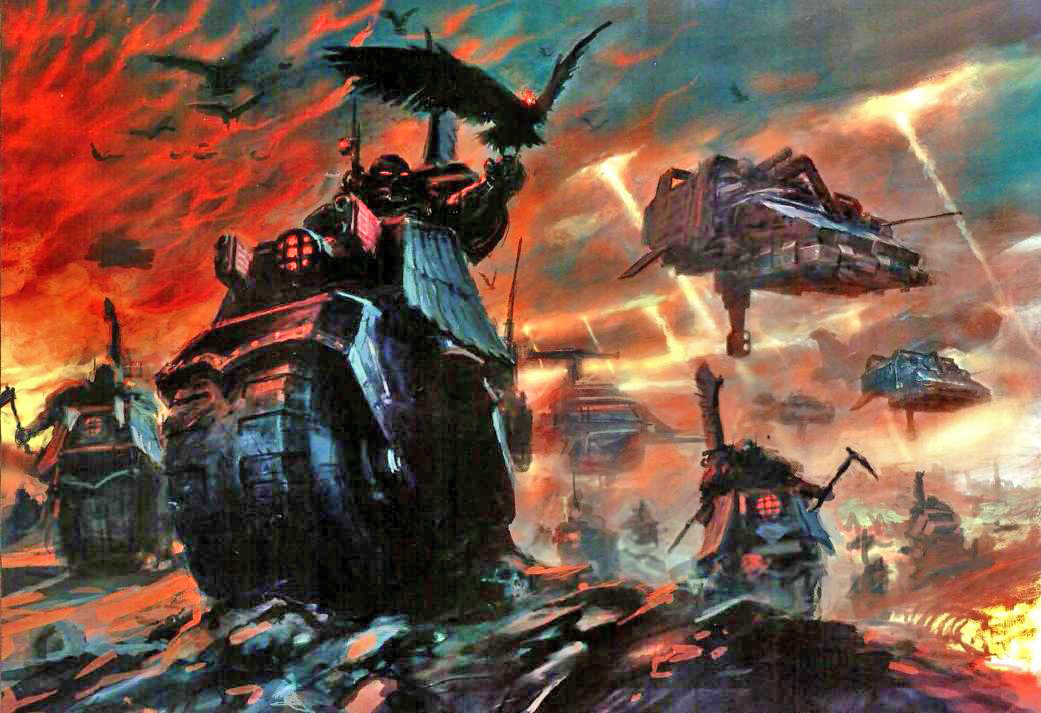 Rolling With the Ravenwing

Why is this interesting – well it is a ton of high quality shots mixed with a Marine army that can sit and utilize the Devastator doctrine.  It gives them 3 extra inches of movement, they can advance and shoot with just a -1 to hit, and since they are Ravenwing they either have a 5+ inv or a 4+ if they advanced.  This means this army is going to go fast, move fast, and put a crap ton of damage into whatever they want turn after turn.  On top of having a tougher body than a normal marine with 3 wounds.  Remember how this game shifted a ton of things to 2 wounds and the weapons are all really good at putting out 2 wounds?  Well it means it still takes 2 hits to go thru for a Biker instead of just the one for a normal Marine.  This makes this type of army extremely hard to just remove off the table without a crap ton of firepower.

Oh and since it all got cheaper as you can see you still have a huge footprint with all the cool weapons and other pieces of damage you need.  Everything zoom zooms and puts out a ton of damage into your boom boom.  Like some kind of crazy 90’s dance crash it is going to stomp all over you.  Is this the other hot Marine build going to become a monster for a few months?  Will just have to wait and see how many people find enough bikes to pay with. 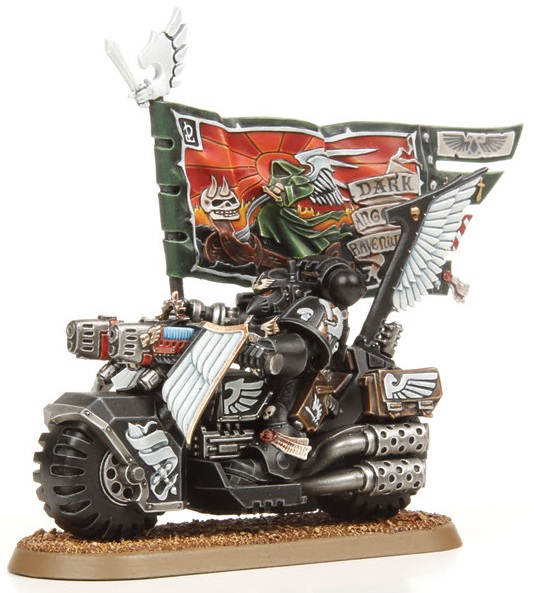 I didn’t pick any Warlord Traits or Relics because this is just an idea to throw out there.  It is a ton of fast bodies and damage that could be a nightmare to deal with.  It also seems very simple and easy to play with and most likely will wreck face as those plasma talons bear down on you and put out the damage.  It is very annoying the units of bikes are 10 man as it becomes a pain to get all of these kits and get working.

You ready for the Marine reign of pain coming to the tabletops near you? 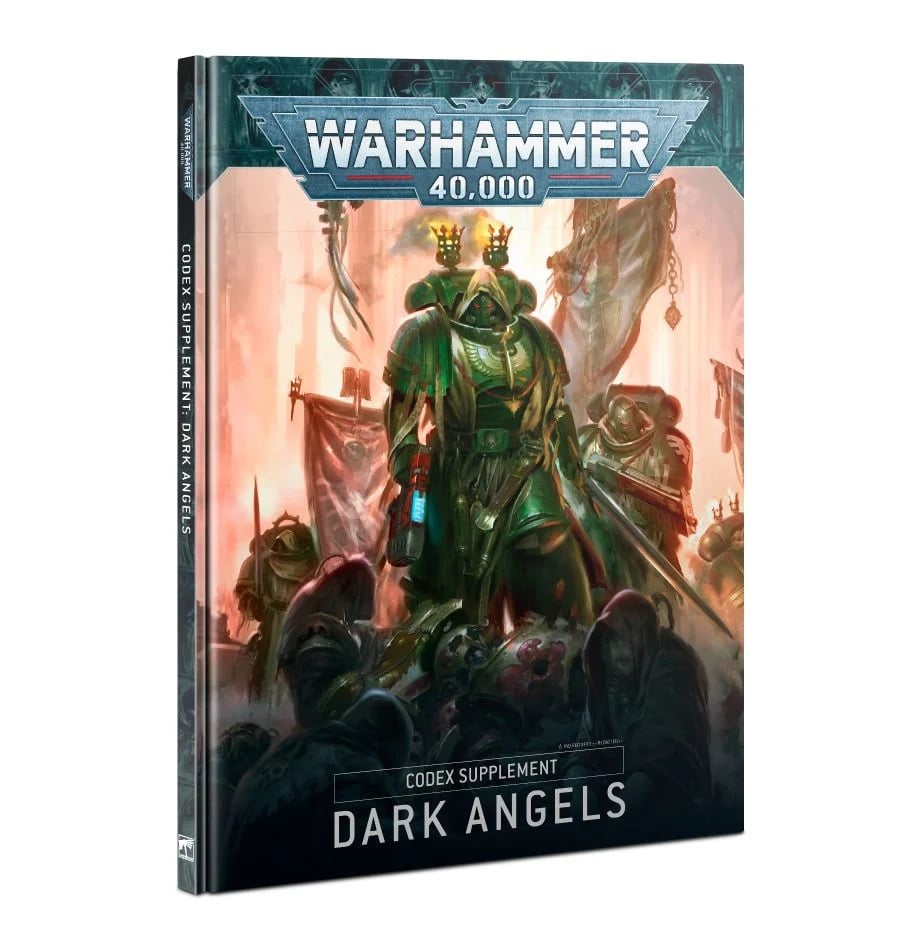 Author: Thomas / Goatboy
Thomas Reidy, aka Goatboy, the ever-evil member of BoLS. I do arts, play 40k, and even paint a lot of stuff. I have been playing Warhammer 40K since the 1990s, and have won multiple national events including Adepticon and GW GTs. I've been writing for BoLS for 15 years. Look at my Instagram to see what I am working on - or working on for someone. I am always doing something hobby related.
Advertisement
Armylists Dark Angels Tactics Wargames Warhammer 40k Warhammer 40K 9th Edition
Advertisement 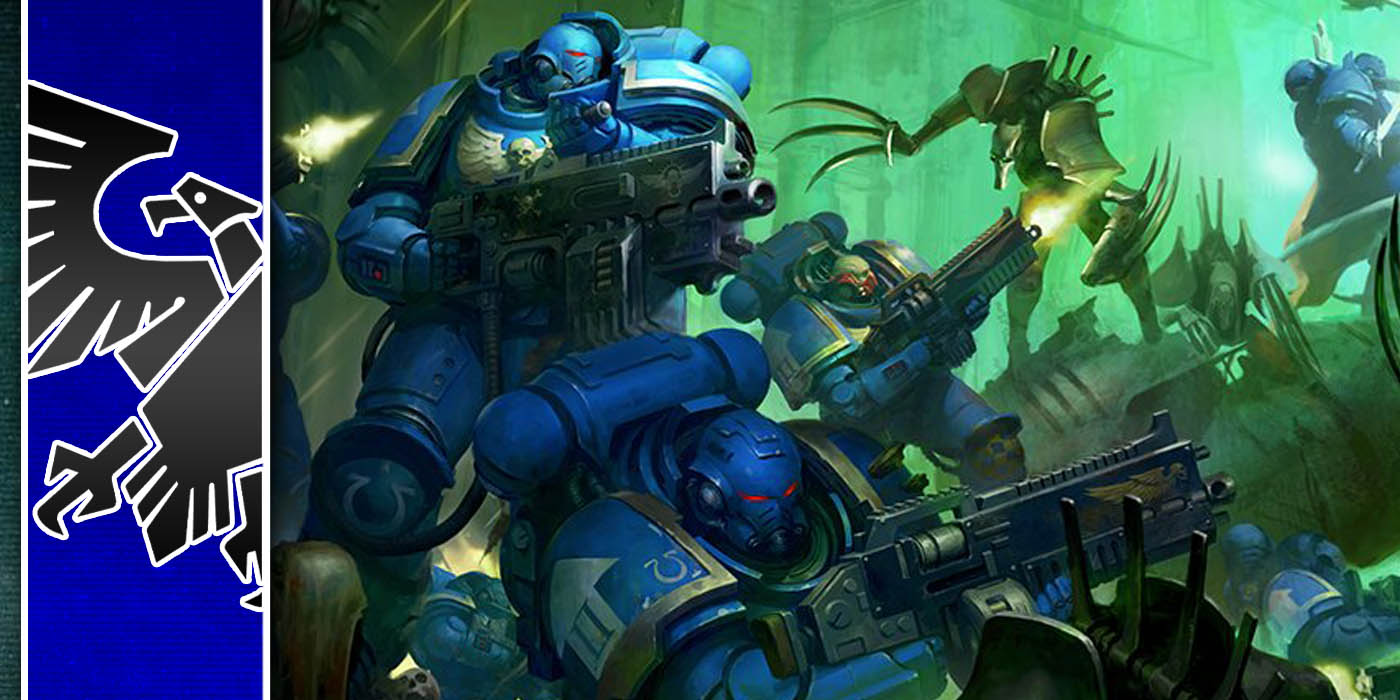