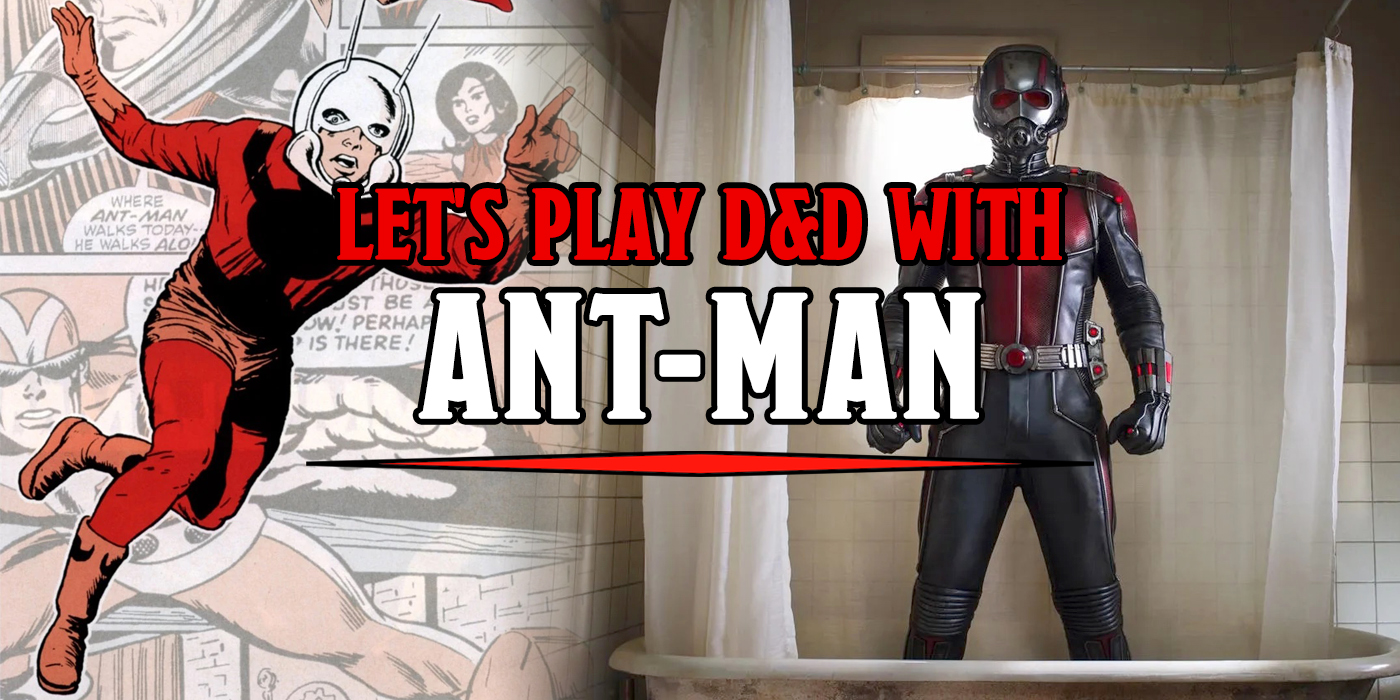 The next Ant-Man movie is around the corner and trailers have been dropping. This is definitely a character that all of us were ready to write off before his first movie, but Scott Lang has turned into one of the more fun and relatable heroes in the MCU.

Unfortunately for our DM’s though, sometimes “relatable” means “chaotic but tries really hard and thinks their funny.” Which is (unfortunately) most of us at the table. As long as everybody is having fun it’s okay, so let’s lean into it by playing D&D this week with… 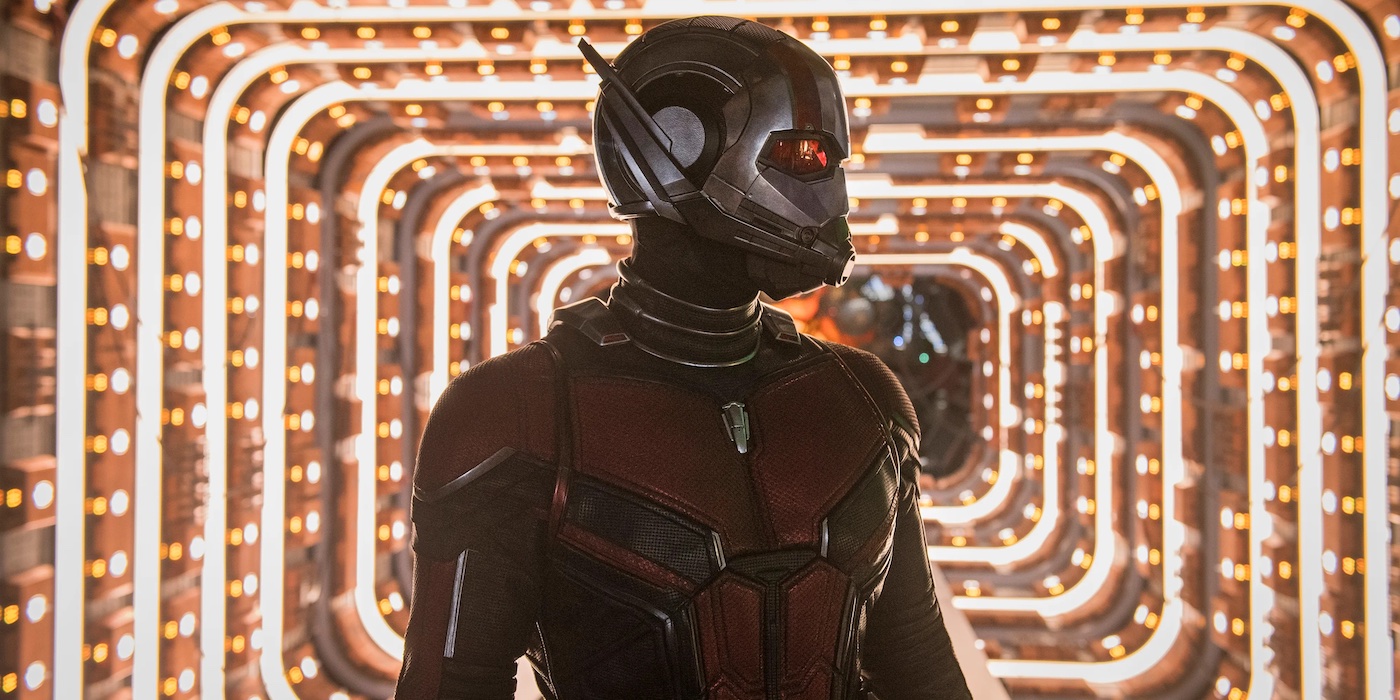 Over the years, there have been a couple of Ant-Men, and they’re all fairly different from one another. They’re even different between the live-action MCU and their comic book counterparts. Honestly, it’s probably for the best and there were a few parts of Hank Pym’s story that probably were better left out of the MCU, but it makes for a bit of a muddled character.

Which Ant-Man are we making? And then which version? MCU Scott Lang is probably the most fun for the at-the-table dynamic, but in practice, the character we ended up with is a bit more of an amalgam.

For any Ant-Man, there are a few aspects you’ll definitely need to see on the paper. He needs to be able to shrink or grow, and he needs to communicate with if not command a whole bunch of ants. You may even say a whole swarm of them. So we started with Swarmkeeper Ranger.

It’s a bit on the nose, but insects are a kind of swarm to keep, and these swarms help you in battle and will even take damage. They’re useful and exactly what we need for this character.

From here I knew that Ant-Man had to have another aspect, and I was considering Rogue for a bit. It matches his personality and background. But I needed to incorporate the Enlarge/Reduce spell somehow and it’s not a spell on every class list. Most notably, this is a spell that I could get with Bard or Artificer, and both of these could work. Bard would give us the smart quips, but Artificer would help with the power armor and hard science. 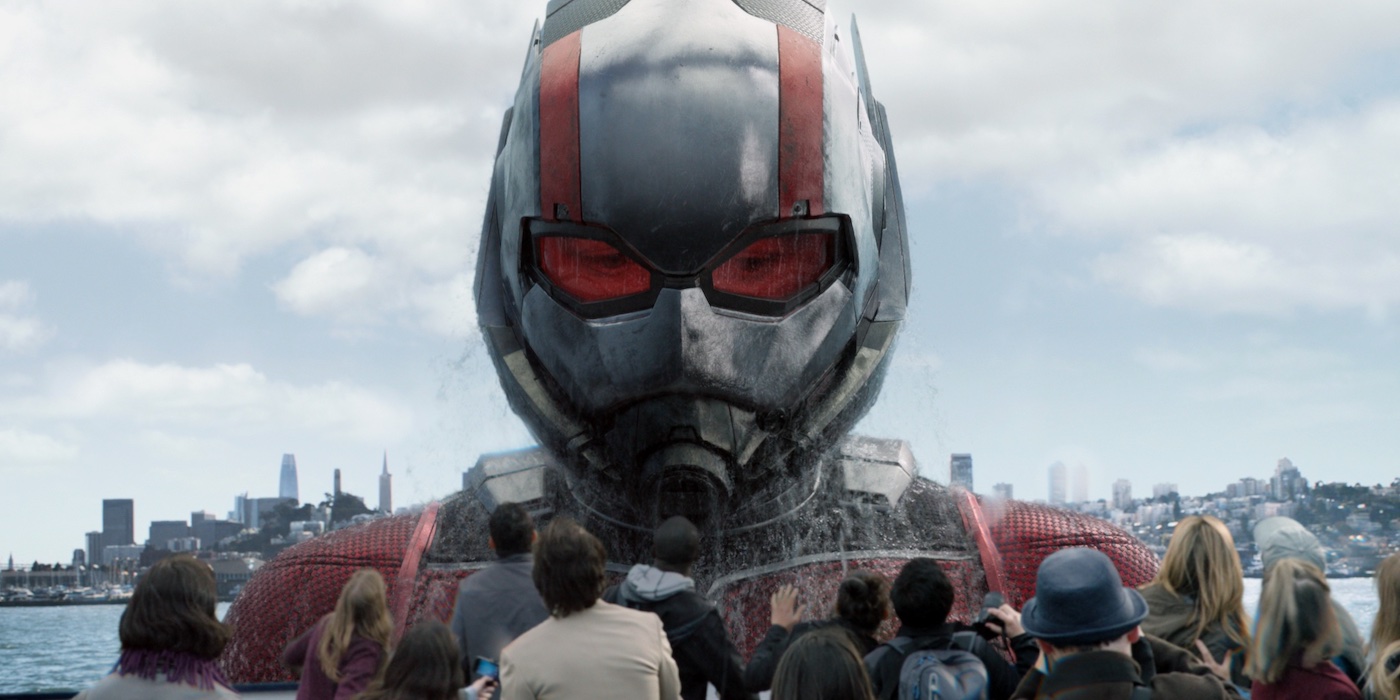 This was a bit of a back-and-forth because realistically, Lang doesn’t make any part of his suit, the rest of the Ant-Fam has the science squarely handled. But in a game, I can’t promise what NPCs your Dungeon Master will introduce and your character may need to be a little more self-sufficient. It was a tough choice, but I opted with Artificer in the end. I took as few levels as I could to get second-level spells for Enlarge/Reduce and called it a day.

Unfortunately this won’t allow you to get quite quantum sized, or even ant sized, but it’s a start.

How would you make Ant Man in D&D? Are you excited for Quantumania? Which Ant Man is your favorite? Let us know in the comments!