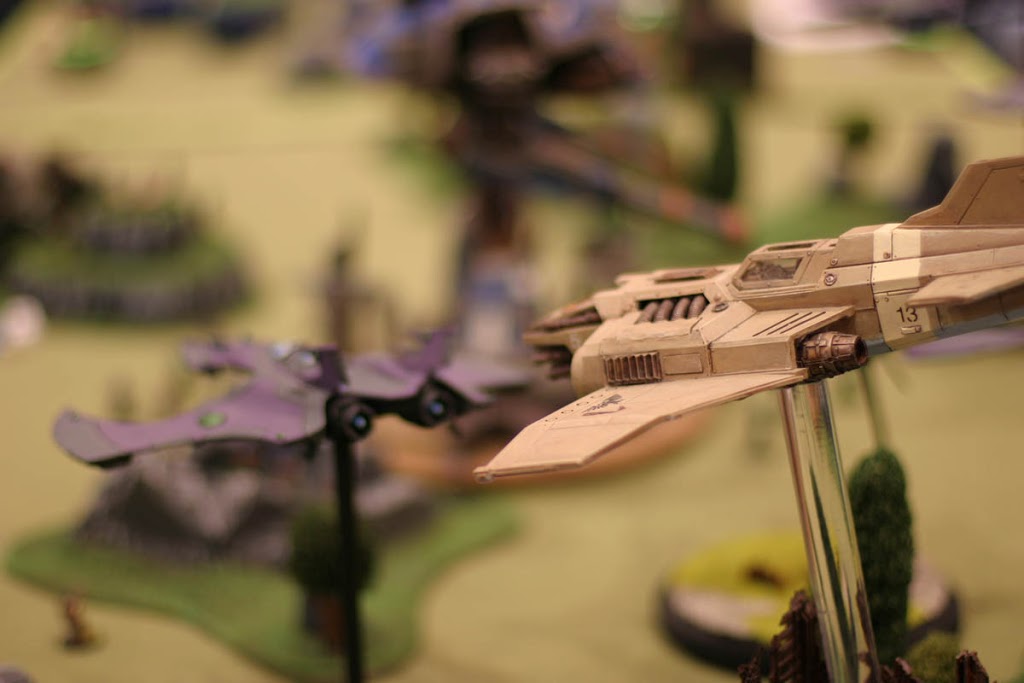 There is officially NOTHING going on this Saturday morning. And that means its time for a little BoLS announcement.

As you know we are hard at work on the Badab War and that is keeping everyone heads down. While the Fly Lords are chained to the grindstone, I would like to let you guys in on our plans for minidexes after that. We can go in two different directions and I would like your guys input as to the kind of things you would like to see and which one you want more.

Minidex Idea (a): Codex Aeronautica
This book in the same vein as our Lords of Battle minidex will focus exclusively on the flyers of the 40k universe. It will feature:
-New aircraft for various races
-Apocalypse Formation Datasheets for squarons and flights of the various races and their special abilities.
-Rules for pilot/crew skill levels, and advanced maneuvers.
-Named characters for the famous aces of the various races.

Minidex Idea (b): Codex Titanicus
This book in the same vein as our Lords of Battle minidex will focus exclusively on the titan legions/orders of the 40k universe. It will feature:
-Titans and knights for various races
-A full armory of rare titan weapon hardpoints and upgrades (fire control towers, corvus assault pods, etc…)
-Apocalypse Formation Datasheets for titan formations of the various races and their special abilities.
-Rules for titan crew skill levels, and advanced titan maneuvers and special abilities.
-Named characters/crews for the famous titans of the various races.

~OK, the floor is yours. What sounds more interesting and what kind of things would you most want to see in either of these books? No poll on this one, just your thoughts and interest levels please.