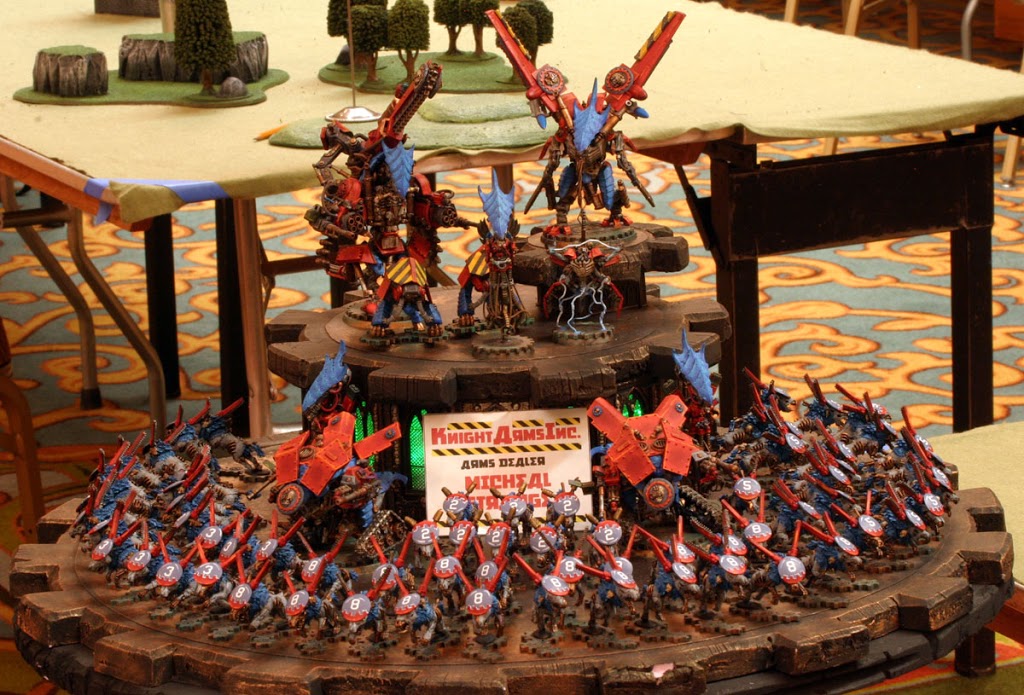 Hi all, Jwolf here. Here are the lists that won overall and second overall at BoLSCon. I think their success has a lot more to say about the quality of their players than the perceived strength of the armies.

Comments: When I checked this list in, I did not foresee a winning list, but Michael made it work, spending all of day one at first table and rallying back to take the title from the Guard army that beat him in round four. Michael has put a lot of hard work into the army, and he has clearly put a lot of working into determining how best to use it. I am pleased that an army that I would not have considered likely to win won in our almost completely tabletop scoring tournament. Kudos to Mike. 6 Nobs + 1 Painboy in a Trukk. Striped for wound allocation.

Comments: This was another surprising list. Orks are a strong Codex in 5e, but this list doesn’t fully capitalize on the Ork strengths. Ben played with a straightforward aggression the hid a lot of nice tricks from his opponents and showed skill in a very un-Orky way.

~What strikes me about these lists as winners is the basic truth of 40K – no list makes nearly as much difference as the skill of the player and their ability to use their units effectively. I’m sure a lot of you can figure out ways to improve both of these lists, but they worked great for their players. If we are lucky, Michael and Ben may drop into the comments with their view of BoLScon and how their lists fought their way to the top.