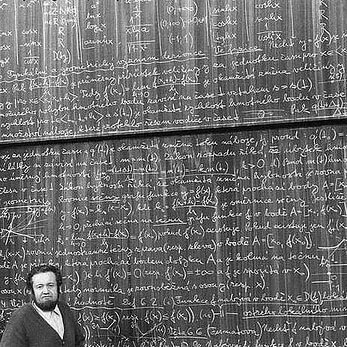 Last weekend I played in a tournament, then I spent the week traveling to Tampa. Ugh! Endless hours wasted with nothing but my thoughts to keep me company. Stupid airports. Any way, my mind started to drift, and I was thinking about the tournament and trouble shooting my mistakes etc. I was in position to win and failed, but the point of this post is not the tournament. It is the missions! They tend to be the great equalizer at tournaments for two reasons and they are definitely something that needs to be considered when writing up your list and preparing for a tournament.

First of all, writing up a list that wins standard 5th edition rule book missions is fairly simple, and not all that useful. They are predictable. You have 3 missions, modified by 3 deployments. The variables here are small. Heck, write up a list that is strong at grabbing objectives, and you instantly have an advantage for 66.6 percent of the games! (Like mine) This sadly does not quite translate into tournament success. You need to prepare a list that can handle all three of the standard missions. Kill Points is the toughest for me, since my standard operating procedure does not have me killing a lot of my opponent’s forces. Even more sadly, I have been noticing that Kill Points are playing more and more a role in tournaments! I do not recall, but I think that at BoLScon over half the missions had some sort of Kill Point element. One was a kill point mission in which you scored ZERO kill points if you failed to kill all of your opponents HQ… Gulp.. I played a Space Wolves guy with 3 of them… At the recent tournament I played in, over all Kill Points were used as the tie breaker. (So I threw Jwolf’s “brick in the face” at my first two opponents and tabled em)

“But Jawaballs, you just said you don’t kill a lot of your opponent’s forces?” True, but my army is designed to be versatile, and while my tactics usually have me winning games with barely killing any of my opponents forces, I am capable of bringing the pain! Such is the point of this paragraph. Put together a list that is versatile and capable of playing multiple play styles, but plan on taking lots of Kill Points. It seems the tournament trend is leaning in the KP direction.

Second, watch out and prepare for wacky missions! Easier said then done. Last weekend, the final round had me and my opponent fighting for posession over 3 squigs. We each had one, and there was a 3rd wild squig on the table. The primary objective was Victory Points, and the squigs threw in bonus points for controlling them at the end of the game. Additionally, each round they caused wounds to the squad holding them. Angry piggies! This made for some intense rounds at the end… my opponent started out holding his squig with a 10 man tactical squad, that was reduced to just one man by the end of turn 5 and I did not fire a shot at it! At BoLScon, one of objective missions completely nullified my fast moving rhino grab at the end of the game ability, by having certain objectives randomly disappear at the end of each turn.

How do we prepare for wacky missions and predominantly Kill Point scenarios? The Kill Point issue is easy. I dropped my lumbering Furioso Dread and replaced him with multi-melta attack bikes. They helped a lot with laying down the law. Just don’t let yourself get pigeon-holed into always playing the same tactics just because they work. Switch it up a bit, and be prepared to throw a brick in your opponents face every game if you have to.

What about whacky missions? Get copies of the scenarios at every tournament you play and practice their missions. Frankly, if you are a competitive tournament player, there is almost no need to play missions straight from the book, as you will almost never get to use the experience gained from them at tournaments. When ever you play a pickup game, get your opponent to agree to playing an alternative mission from your last tournament. And if you have one coming up, play missions they have used in the past to prepare your self for what you may encounter. After a few tournaments you should have a nice library of interesting missions to select from.

You probably can’t build an army that can handle any scenario you encounter, but you can at least minimise the damage by being prepared for what you may face!

~Ok, that will wrap up my first Bell of Lost Souls article. Bigred generously invited me to be a guest columnist and I will be posting up some thoughts and tutorials from time to time. Coming up soon will be a long awaited Yellow Helmet tutorial. (It’s the single most requested one from my subscribers.) I am a blogger, competitive tournament player with my Mech Blood Angels, and I also compete for painting competitions and do commissions. I offer painting tutorials and scenic resin bases! Thanks to BoLS for inviting me to share my tournament mission thoughts. Whats your take on the tourney missions you’ve encountered?