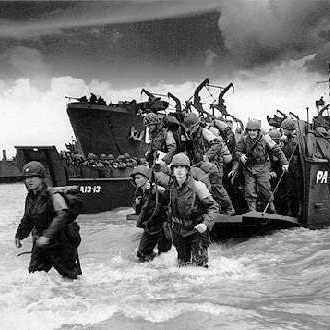 I use Reserves, and I find the uncertainty they create into the game useful. Yes, sometimes Reserves stay off the board until turn 5 and I suffer for having used them. The vast majority of the time Reserves are a much bigger problem for my opponent than for me. Suppose I have a Demolisher, Hellhound, and 2 infantry squads in Reserve – these units are effectively multiplied in value because the enemy cannot prepare to deal with all of these units everywhere at the same time, so these units can be deployed more effectively from Reserve and their value is increased. Add in an Outflanker or two, and the threat radius of your army becomes extremely wide.

Basic reasons to use Reserves:

1) Things in Reserve don’t get shot or assaulted.
2) Your opponent loses time to react to your deployments if your deployments happen later in the game.
3) In Capture and Control, Reserving your whole force encourages your opponent to pursue your objective, allowing you the luxury of the strategic defensive and tactical offensive (this is one area where 40K is exactly the opposite of best-case from real world military decisions).

The first is obvious, and generally useful for preserving low efficacy units and/or short-ranged forces facing incoming opponents. The second allows you to exploit weaknesses in the opponent’s decisions. Yes, you are expecting only half of your force on turn 2; you can run these out in such a way as to encourage the reaction you want. You could leave a unit vulnerable to assault and have stronger assault elements enter to counterassault, for example. Another good example is running a fast unit up a side to get enemy tanks to turn and shoot them, leaving their flanks and possibly rear open to your Reserves. The third is best done as the subject of a future editorial; but I recommend trying it out, to see what works best for you.

Using Reserves in Your Army

Imperial/ Inquisitorial Guard Wall of Steel – Generally a couple of Hellhounds (or Immolators) and a Chimera or Demolisher won’t be missed on turn 1, but can come in on turn 2 or 3 to sway the battle significantly. This is especially true if your opponent is fast and/or has deep striking elements. If your opponent is all in Drop Pods, you shouldn’t even start with anything on the board.
Mechanized Marines/CSM – A unit of MEQ in a Rhino held in Reserve can turn almost any flank. Remember to hold the unit and transport separately if you plan to charge when you enter play (unless the transport is a Land Raider). Landspeeders in Reserve can be terribly effective, and have the added bonus of not being shot dead before they get to act – definitely a good choice if you’re going second.
Eldar – Eldar have almost no reason to start anything on the board, regardless of mission or opponent. Eldar have no staying power to absorb shooting, overall weak long range shooting (except for Fire Prisms), expensive units, and generally great maneuverability. There are builds and opponents that do better if deployed, but those aren’t the most common builds.
Necrons, Tyranids – Completely situational, no general rule to apply.
Orks – A small Boyz Mob might be worth holding back to claim home objectives. In Spearhead, you can shorten the travel distance of a Trukk or two by holding them in Reserve, and you might actually have the elements that would have killed them on turn 1 otherwise occupied by that point.
Imperial Guard / Inquisitorial Partial Mech – a small squad without a transport can very easily win the game from Reserve, but isn’t going to do much starting on the board.

~I know this topic is too complex to touch on so lightly and have every idea covered; I’ll use questions as a basis for detailed pieces. The floor is yours generals…