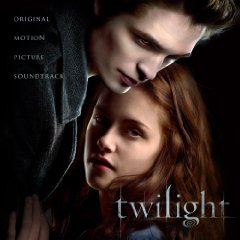 Today or tomorrow you will be putting on a costume that I hope does not involve bell bottoms or a big afro. Going to the Halloween super stores over the week I noticed just how everything looked bizarrely the same. It was like being trapped in the same Halloween party that has been going on for the last 20 years. I looked down the aisles and thought just how generic and bland most of these costumes were. When did all the originality evaporate? I really hope you don’t think you are special when you put on that Bernard Madoff mask.

What Halloween got me thinking about is, how did the designers at Games Workshop balance obvious fantasy and sci-fi cliches to make a such a great fiction? First take a look at the biggest unoriginal offenders by GW. Many fantasy folks have accused the designers of being lazy and taking fantasy archetypes and handing them guns to create “instant sci-fi”. The most egregious transgressor has been the Eldar our “original” Space Elves. Then, the Orks which really did not change much from their Warhammer fantasy, except for Goblins becoming Grots and Grechin being sufficiently neutered in the face of their bigger siblings.

Need undead Egyptians…?. Boom! Tomb Kings which begat Necrons. Of course it was only a matter of time before Dark Elves would pop out the Dark Eldar. Not enough Lovecraftian in our life, we get Chaos. Then, in an obvious marketing plan GW opens in Japan with Tau with their flagrant Gundamy and Asian aesthetic. Which also makes you wonder, were the Witchunters simply an attempt to get the French buying 40k thinking if we make naughty nuns and put a fleur de les everywhere they will enticed. Many of us can remember back when the IG were taken over the historical deep end. Suddenly every possible Gilded age army was created. Sadly taking the sci out of the IG make everything seem like a battle out of Lawrence of Arabia.

If only I could have been a fly on the wall for when the Space Wolves and the Blood Angels were designed. I wonder if it was some intern that stood up and said: What do you guys think about Vikings in space? Then, someone says,”Can they be werewolves too”? Poor Blood Angels are the most emo marine chapter in the entire galaxy. Nothing says emo like cool hair cuts and vampires! We should be grateful the writers created great fluff to go with the Space Wolves and Blood Angels even though they will always be based in cliche land.

That is the thing however. GW wisely built their empire on a solid foundation of literary titans like Tolken, Herbert, and Lovecraft. From this foundation GW has done a pretty good job fusing so many disparate elements to create dynamic fictional universes. It is amazing that Blood Angels fluff in some crazy way makes sense. Not to mention the creative ways Warhammer Fantasy has linked such armies as the Vampire Counts to Tomb Kings. So when you are about to put on that one MJ glove for Halloween think: “is there any way I can avoid not being another cliched clone” because you do not want your Halloween night to end up as awkward as this… Let’s hear how you are keeping the hobby original, be it your own Space Marine chapter or “counts as” army. What is your favorite fluff and how would rate the 40K and Fantasy armies on the originality scale? Who’s your favorites, and who need another edition to pull them out of b-movie of the week land? Happy Halloweeen everybody!

Of course you can find me in my bat cave at www.bloodofkittens.com