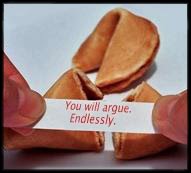 I’m sure many of you regular readers (and veteran players) remember the “sky is falling” reaction to Lash of Submission a couple of years ago. So as I was reading the same kind of knee-jerk reactions about Jaws of the World Wolf, I thought it might be fun to write a couple of articles about playing with (and against) the power.

WHAT IS JOTWW?
For those of you who don’t have the Space Wolves codex at hand, here’s the exact wording of the Jaws of the World Wolf (C:SW, p37):

So basically, the Rune Priest makes a psychic test. If successful, he draws a 24″ line where ever he wants (terrain doesn’t stop it) and if it touches any models (friend or foe), the individual models have to take Initiative tests. If they fail, they are removed. No saves, no cover, no nothing.

“As a psychic shooting attack, the Rune Priest may trace a straight line along the board, starting from the Rune Priest and ending 24″ away. This line may pass through terrain. Monstrous creatures, beasts, cavalry, bikes and infantry models that are touched by this line must take an Initiative test (see Characteristic Tests in the Warhammer 40,000 rulebook). If the model fails the test, it is removed from play. Monstrous creatures may subtract one from their dice roll due to their tremendous size and strength, though remember that the roll of a 6 is always a failure.”

PSYCHIC SHOOTING POWER
JotWW is one of those powers (like Lash of Submission) that is a “psychic shooting attack” in name only. It doesn’t share many of the normal characteristics – or restrictions – of a shooting attack. But let’s better understand what a psychic shooting attack is before we start making too many assumptions about JotWW. Here is the text we need from the Psychic Shooting Attacks section of the rulebook (BBB, p50).

So JotWW is a psychic shooting attack (even though it’s clearly very different from a normal shooting attack). But some of the above still applies, including:

Now we have a rough idea of what a psychic shooting attack is, let’s see what we can do with the power.

ABUSING JOTWW
This article is going to discuss some of the finer details of using and abusing Jaws of the World Wolf. We’ll talk about minimizing the effects of JotWW when you face it in other articles.

1. No Target: There’s no target for JotWW. You simply draw a 24″ line from the Rune Priest in any direction you choose; which means the power doesn’t require Line of Sight. Losing targeting means we get to ignore a ton of targeting restrictions like Night Fight (and Veil of Tears, Stealth Suits, etc.).

Dirty Trick #1: So clearly you want to target as many enemy models as possible, but what do you do if your opponent won’t cooperate by organizing into nice, tidy lines? Tank shock. Since the tank shocked models have to clear the area using the “shortest distance possible”, they end up in nice orderly lines — perfect for JotWW.

2. No “Saves”: JotWW doesn’t cause wounds. That means there are no saves of any kind (e.g., no cover, no invulnerables, no nothing). If the model fails the Initiative test it’s removed from play. That’s not Instant Death, so Eternal Warrior, Synapse, etc. won’t help. Once a model is “removed from play”, it can’t come back so We’ll Be Back and Miraculous Intervention can’t get around JotWW either.

3. No Wound Allocation: Since there are no wounds, there’s no wound allocation. So the individual models have to make Initiative tests (as opposed to allocating them to different models in the same unit). That means the power can snipe models.

Note: It goes without saying, but you need to really think about the line you want to draw before you move your models in the Movement phase. First of all, you want to make sure there are no FRIENDLY monstrous creatures, beasts, cavalry, bikes or infantry on the line you want to draw. Why? Because they’ll fall into the hole just like the enemy models. And secondly, you want to make sure that you get the most (and juiciest) enemy targets on the line. Don’t use the power to go after a single upgrade character or special weapon — use it to go after two or three – of each!

4. No Line of Sight: Since no line of sight is required, the Rune Priest can draw the line through anything on the table, including impassable terrain, vehicles, close combats, etc. You start a straight line from the Rune Priest to anywhere within 24″.

Note: Is a fire port required to use JotWW from a vehicle? If the answer is no, then you are going to see 2-4 Rune Priests in a Land Raider wreaking havoc with their freakin’ lasers. My interpretation is that a fire port is required for a passenger to shoot out of a transport. Line of sight isn’t the restriction; to “shoot” out of a vehicle you need a fire port.

5. No Targeting Restrictions: Since none of the normal targeting restrictions apply, you can use JotWW against models normally protected from shooting attacks (e.g., models in close combat).

Dirty Trick #3: Got a close combat that isn’t going your way? Just drop JotWW across the models that are giving you a hard time (e.g., the Power Fist or the Independent Character – or both!) and let the power do it’s thing. Try not to cross any of your own models that are vulnerable to the power.

Dirty Trick #4: So you’ve got a lone model that just won’t give up in close combat preventing you from shooting the engaged enemy unit with your gunline? Use Jaws against your own guy to bring that pesky close combat to an end.

5. Initiative Test: There are a couple of items in the game that can actually change your Initiative, like a Thunder Hammer or Sacred Incense (C:DH). If you can manage to use them on the target of your JotWW, then you’ll make that Initiative test that much harder. A Thunder Hammer is pretty nasty because it reduces the Initiative value of a model wounded to 1 until the end of the next player’s next turn. (Since the reduction in Initiative only happens until the end of the next turn, it’s tough to pull off. You need to wound the model on your opponent’s turn; however…)

Dirty Trick #5: Arjac Rockfist’s Foehammer is “a thunderhammer that can be used as a ranged weapon” in YOUR Shooting phase. That means Arjac can nail a Wraithlord (or a Hive Tyrant or Abaddon), reduce the target to Initiative 1 and then your Rune Priest can mop it up 83% of the time. This is extra nasty because Arjac re-rolls hits and wounds against Independent Characters and Monstrous Creatures!

I know it’s not the most politically correct thing to say, but Jaws of the World Wolf is lots of fun to use. It’s one of those rare abilities that can dramatically change the game with a single roll (so is Njal’s sweet Lord of Tempests ability). While totally unbalanced for tournament play (and particularly harsh for armies like Necrons and Tyranids), the power certainly spices up friendly games!

Comments are welcome! If you’d like to peel back some additional layers to the game, then join Mkerr over at the http://www.chainfist.com/. You can find some awesome tactics there and he’s reviewing lists and offering opinions. You can email him directly at [email protected]. And, as always, your mileage may vary.