40K EDITORIAL: Something is Bugging Me… 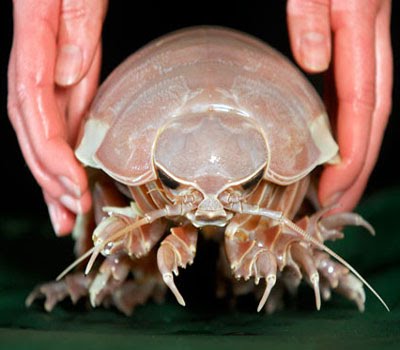 Hi all, Jwolf here. Like everyone else, I’ve been contemplating Tyranids and considering what options I want in an army. Unlike my esteemed colleagues, I’m looking at the changes I’ll be making to my armies to improve performance against Tyranids while still keeping my army effective against all the existing armies.

Here are my top 7 changes for Imperial Guard in particular, but you can apply the concepts broadly:

1) More Hellhounds. With the waves of bugs I’m expecting, the ability to throw fire at range is very important. I’ll either move to two singles of maybe even a squadron of 2.

2) Manticore. Indirect fire and Strength 10 makes the Manticore the best choice for breaking Warriors and blasting holes into formations.

3) Russes are back, Medusas are on the shelf. I need the Russes to shield my lines with their AV 14. Yes, they’re vulnerable to Zoanthropes, so…

4) Greyknight Terminators come back, with 2 Psycannons and a Psychic Hood. These provide the necessary ability to just kill Tyranids in assault, and Psycannons give Zoanthropes no saves, wounding on 2s. The Hood means I can sometimes reduce the rain of Psychic powers headed my way. These guys stumble into a Chimera that one of the poor Platoon Squads wish they could still be inside.

5) Missile Launchers are out of mothballs. I’m not certain that I want these, as the loss of Autocannons in the same slots hurts me against other Mechanized forces, but I’m going to give them a try.

6) Plasma guns are more attractive. I’ve used Plasma in my company command off and on, and I may be doing this a lot more on than off now. That said, Meltas aren’t going anywhere – instakilling those T4 bugs is still worth doing.

7) Blob squads are on the chopping block. Whereas the Infantry platoon blob was really a fantastic thing to deal with so many assault choices in previous armies, Thunderwolf Cavalry had already cause me to question the value of this unit. The ability of Tyranids to outblob me and follow up with tons of heavy hitters means that the Stubborn 9 Infantry platoon blob squad is a waste of points.

These are my untested thoughts on changes to my Imperial Guard lists to deal with the Tyrannic Wars headed my way. I’m interested to see what changes you all are looking at, and I’ll respond to thoughts in this thread or in the Lounge.